Have you ever wanted to go to the Super Bowl? Have you ever realized you’d never be able to afford such a trip?  Well, this is your chance. Leo Andrade, a fourth year student at Ohio State student, is giving away an all expenses paid trip to Super Bowl 51.

Leo Andrade’s YouTube channel is dedicated to spreading the sport of American Football to the rest of the world. He was born and raised in Brazil, and came to Ohio State in part because of it’s extensive sports programs. He is a huge football fan, and wants to use this giveaway to help grow the sport internationally and to provide an opportunity for another football fan to experience the Super Bowl.

The grand prize package includes a round-trip plane ticket from anywhere in the world to the Super Bowl, a weekend stay at a hotel (you get your own room), access to a pre-game party hosted by Joe Montana, with an all you can eat Texas buffet and an open bar, and of course, tickets to the big game in Houston, Texas.

In order to win the grand prize, however, you have to complete a couple tasks: subscribe to his YouTube channel, take a “football themed” picture and post it on Instagram with the captions #ViagemComLeoAndrade and tag Leo, @Leofcandrade, and complete a very simple online quiz and receive a perfect score.

If it sounds difficult, it’s not. All the answers to the quiz can be found in his other videos. Submissions for the competition will be accepted until October 31st, and finalists will be announced on November 1st.

The finalists will be decided by a panel of judges, who will pick the top ten Instagram posts from the pool of people who scored perfectly on the quiz. Leo decided to create an anonymous panel of judges so that there would be no bias in the competition. The ten finalists’ photos will then be posted on Leo’s twitter, and the photo with the most retweets will win. 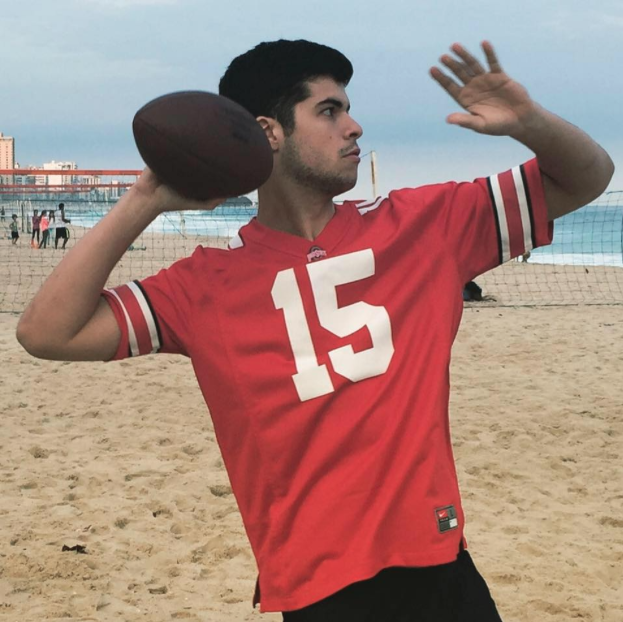 Leo Andrade spoke with The Tab abut his extreme Super Bowl giveaway. His goal with his YouTube channel has always been “to spread how amazing American Football is to the world.” While spending his summer with his family in Brazil, Leo was lucky enough to find someone who was equally as interested in his goal and who decided to sponsor the event.

He explained that growing up in Brazil, American football games were rarely televised and news on the sport wasn’t accessible. The lack of readily available information was the main reason he started his YouTube channel. Leo hopes to ultimately “provide football news in an informal, fun way to the world.” Right now, his main goal is to spread it to Brazil, where there has been a recent increase of interest for the sport.

He sees this giveaway as “not only a chance for [his] channel to grow, but also a chance to help the interest in American Football grow across the globe.”