Admit it, the lewd signs were the best part of move in day

Thank you people of Lane Avenue

It’s a tradition during move-in day, that Lane Avenue be plastered with white sheets hanging off houses welcoming students to their new homes. No, these signs don’t read “Welcome sweet freshmen” or “Hello class of 2020” –  instead they are beautifully thought-out signs with sexual references on them.

The signs range from the hilarious “She called you daddy for 18 years, now it’s our turn!” to the classic “MILFs welcome.”

To say these signs angered the community would be an understatement since they have made the news two years in a row now. 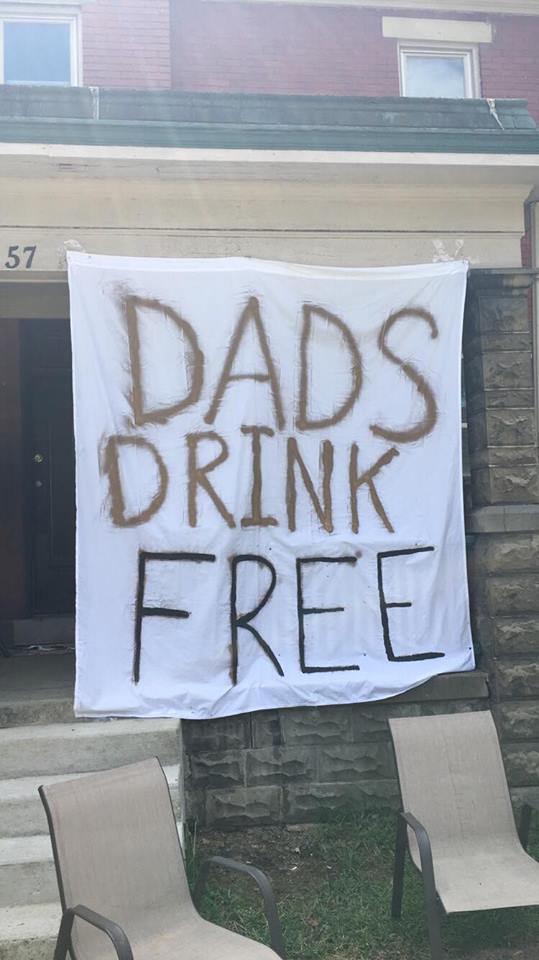 C’mon guys, these signs are meant to be taken as a joke. They’re practically becoming an unwritten tradition. Ask anyone over the last few years and they will tell you they’ve seen signs like these hung every year they’ve been at Ohio State.

But people can’t seem to let these signs be without having a conniption. OK, the signs may have some vulgar messages on them, but it’s no worse than signs we make when ESPN College Gameday comes to campus and no one gets butthurt over that, do they?

They run out and buy poster boards and Sharpies and spend days making signs that targeted Connor Cook and other Michigan State football players and their coaching staff. And these signs are seen on national television, not the local news.

None of the signs directly said anything about having sex with the incoming freshman or their parents, they just allude to the fact.

To be honest, I hear worse things said to me walking down High Street and when I end up in the hell hole that is Bullwinkles.

Even students at West Virginia University took part in this college “tradition,” but rather than targeting young girls coming to their university they aimed for the male audience. Some sororities made signs with sayings like “We hope your son’s pull out game is strong,” “Freshman son drop off – you can drop off daddy too,” and “We burned our couches so you can sit on our faces.” At least admit these were way worse than what was seen on Lane Avenue this weekend.

decorating my classroom is almost all done finally ? pic.twitter.com/Tw50IP9wpV

It’s about time the sons and dads got some attention, especially with the dad bod craze.

These signs are most student’s favorite part of move in weekend and it’s hilarious to see all of the moms and dads dropping off their kids gawk at them in horror. Or if you have cool parents, they debate walking up to one of the houses for the free beer that is being offered to parents.

Are parents trying to avoid the good chance their kid might actually ended up at one of those houses later that night for all the free Natty Light? Spoiler alert: They probably did.

The signs make move-in weekend a little less about the stress we’re all about to be under for the next eight to nine months and give us one last weekend to enjoy ourselves and properly welcome the freshmen.

So here’s to another year of vulgar but hilarious signs that sparked conversation at house parties across campus and the community hating every minute of it.