Kesha to perform for Welcome Back Concert

It’s going down, and we’re yelling ‘Timber!’ in the Schott this time.

Get out your glitter, Columbus, because Kesha is coming to OSU. 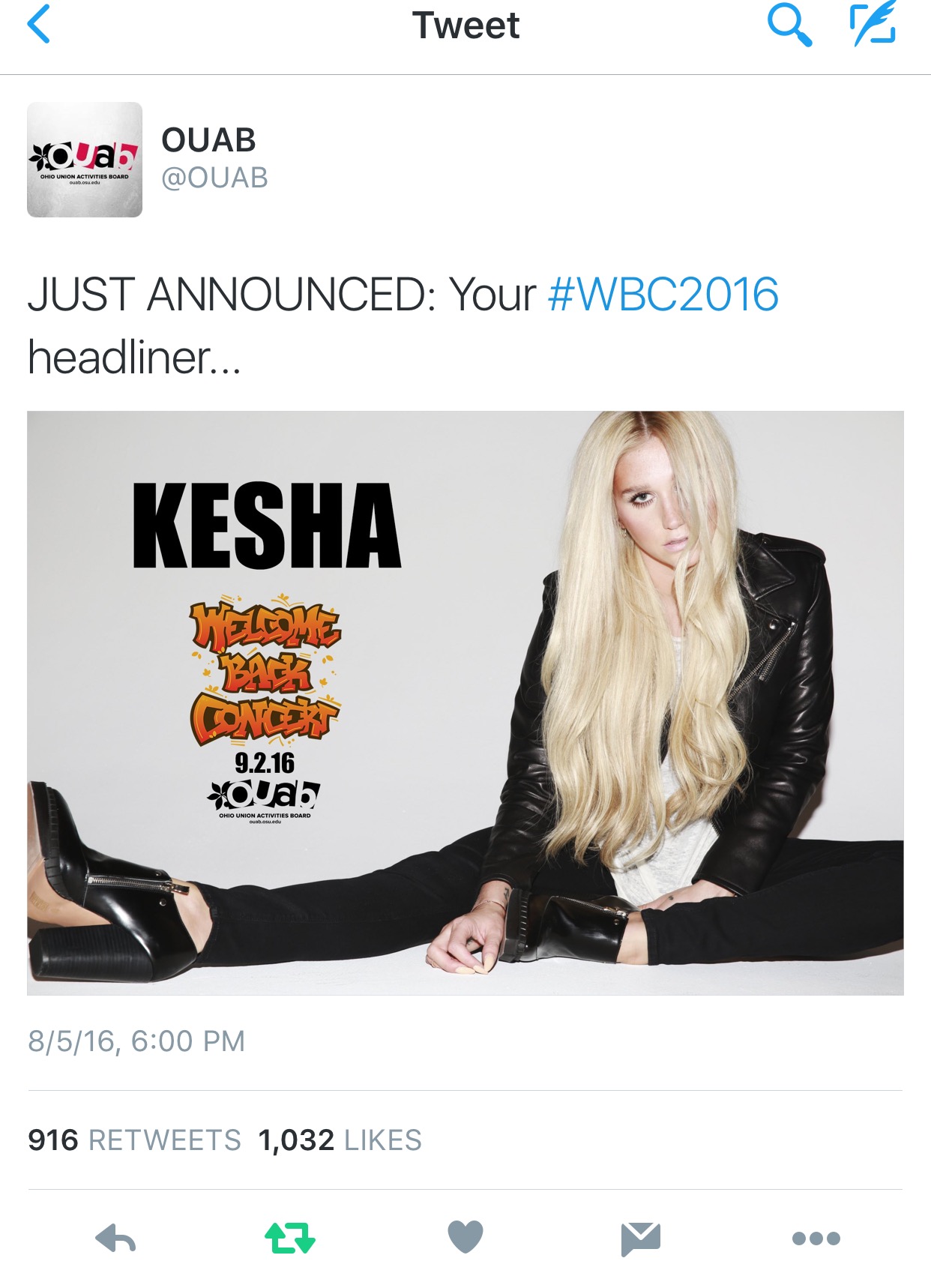 Friday at 6pm, OUAB announced that the highly anticipated Welcome Week Concert would be headlined by everyone’s favorite glitter-clad pop star, Kesha. She will be taking time off her end of summer “Kesha and the Creepies: Fuck the World Tour” to light up the Schott on September 2. The big reveal has been met with an overwhelmingly positive reaction.

Kesha has seen a lot of media attention as of late, but not for her music. She is currently engaged in a legal battle with producer, Dr. Luke, who she accuses of emotional and sexual abuse.

The Rolling Stone reported less than a week ago that Kesha began taking steps to restart her career by reducing the amount of legal action she had been taking against her label, and by providing Sony with 28 new songs. It would seem that performing at Ohio State’s Welcome Week concert is another step toward re-launching her career, and maybe we’ll even get to hear a new single while we dance like dinosaurs at the Schott. Yes – the Schott. Instead of the feels-like-a-festival outdoor concert that OUAB typically puts on, this year they have opted for something a little more restrictive. In an attempt to cut down on alcohol, drugs, and attendance of non-OSU students, the welcome week concert will no longer take place at the South Oval this year.

OUAB has not yet announced who else will be performing alongside Ke$ha on September 2.