Ohio State football is officially the greatest program of all time

As if we didn’t already know

It should come as no surprise that our very own football team has assumed the coveted No. 1 spot in the AP poll for top 100 football teams of all time, officially declaring to everyone (or maybe just Nick Saban – sorry, ‘Bama) that we are indisputably the best damn football team in the land.

The Associated Press has been ranking college football teams since 1936, and over the years, 44 different football teams have held the No. 1 spot. In the past, the polls have reflected the annual rank of football teams, based on yearly statistics and championships earned by each team.

This year the AP did something a little different. Instead of releasing their usual list of who performed the best over the past year, they decided to focus their data from the past 80 years and compile a list of the best football teams of all time. The formula is a demonstration of longevity, now focused on the excellence displayed at various football programs over the years by factoring in the total number of No. 1 rankings, poll appearances, and AP championships to determine which team is the best. 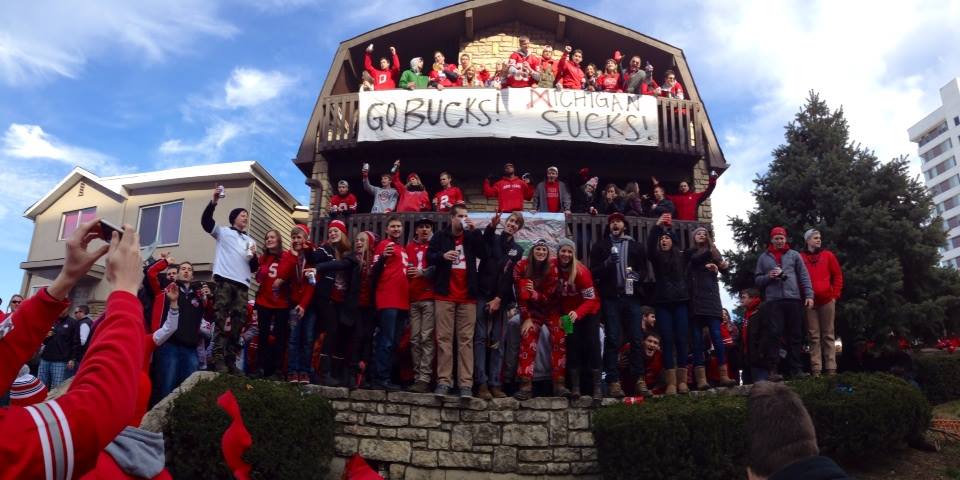 Ohio State’s poll point breakdown includes 825 poll appearances (77.2 percent of all polls), 105 No. 1 rankings, five championships, and over the past 80 years, only three seasons worth of polls excluded the Buckeyes from their ranks, the fewest of any team.

Although it’s not news that Ohio State has the best football program in the nation, it is a great way to kick off the upcoming season – and an even better excuse to go out and celebrate.