Ohio State is the best university in Ohio, in the US, and probably the world

O-H-I-O rip his fucking head off!

There are a lot of things we aren’t ranked at the top of list for as a university, but we did just have the most starters from a university in Super Bowl 50 so it counts for something.

We may not be Ivy league, have class buildings and dorms with an ocean view, but we can type “Ohio St8” and it still sounds right and accurately represents the number of National Championships our football team has won.

These are just some of the reasons scarlet and grey is the only way. 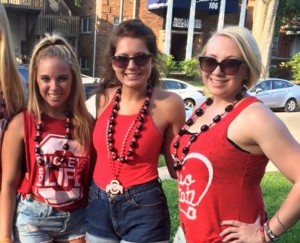 Our ever changing weather

In one week, we can experience what felt like every season in the span of two days and that is such an Ohio thing we should feel honored. Even the professors were talking about it. Sure the change can get annoying but we should feel blessed, some schools ONLY get sunshine and how boring does that get? Do they even get to wear bean boots? Probably not. What a shame.

As crazy as it sounds, we actually will wake up at 6am this November 26th in honor of the best college football rivalry and crack open a nice can of Natural Light. Students will frolic to block at frats and jump around soaked in beer on gamedays and love every minute of it. Here at Ohio State, our gamedays might as well be Christmas morning, and trust me we are counting down the days until the home opener. 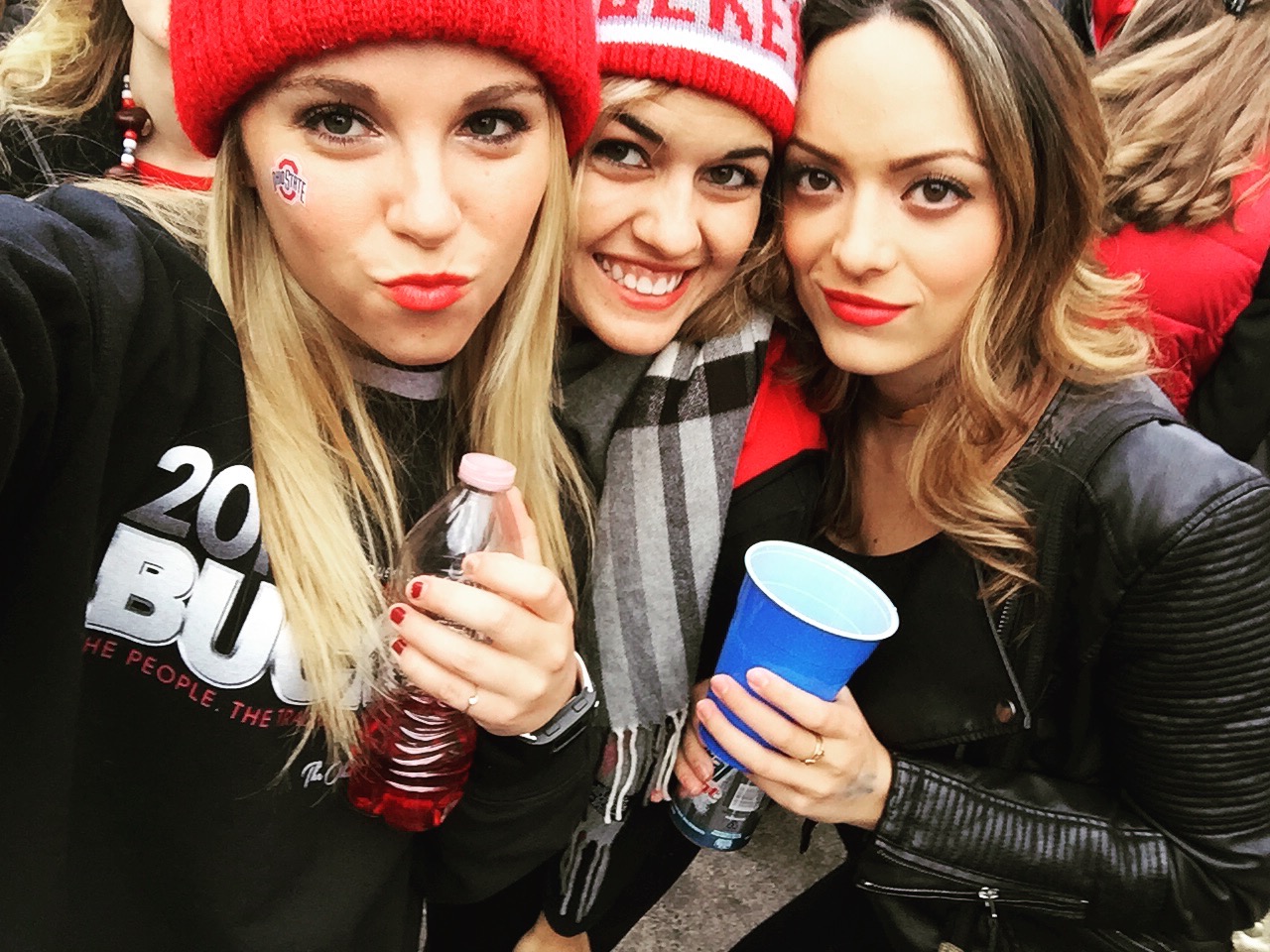 We Have Our Own Zip Code

Welcome to the 43210, party people. Our campus has the divine pleasure of having its own zip code, just another awesome thing about the best school ever. Our area code isn’t too bad either, especially with Drake shouting us out in songs and everyone you know has probably debated an Instagram caption to be “views from the 6(14)” at one time or another in their time at OSU.

*Swoon* We’ve got the hottest football coach ever and he knows his shit. Not only does he leave us wonder who the starting quarterback is going to be, but he also gives the ladies hot flashes because he’s such a DILF. You either watch the Buckeyes because you’re a fan or because you love Urban. Just look at him. 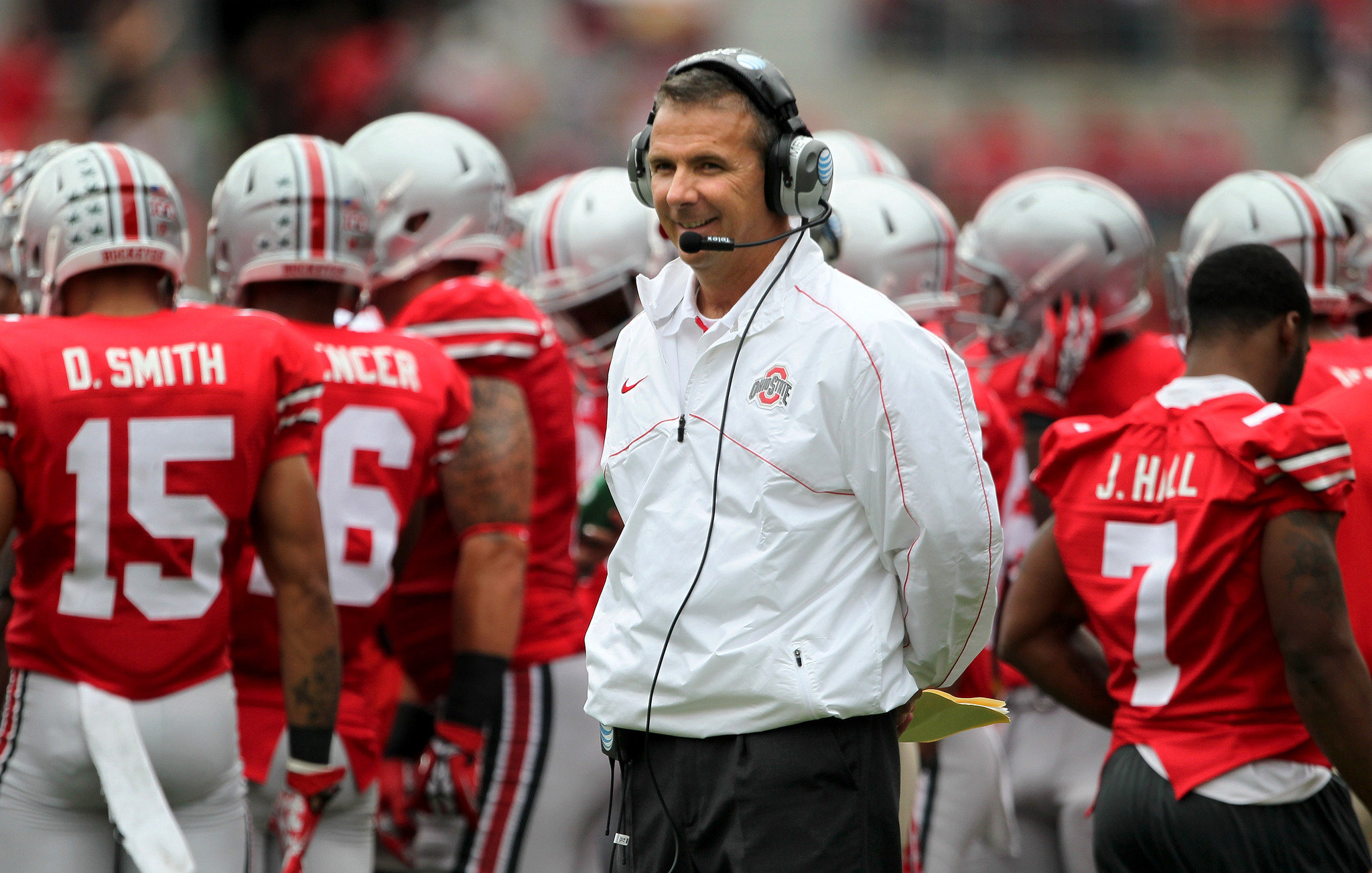 The professors are chill AF (some of the time)

Sick? Hungover? Too cold to walk to class? Have no fear because that usual “three unexcused absences” from class will be there in your time of need. Also, last year when people were busy winning tickets to the National Championship game and had to miss the first day of classes, pretty much every professor I heard about was totally cool with you missing their lecture that day.

2015 was a spectacular year for OSU Athletics across the board. For those who live under a rock, we won the football National Championship with a “third string” QB *snaps*. But, we also won national titles in wrestling, rowing and synchronized swimming to name a few. Lots of OSU athletes also won their own titles, aside from team titles. So we’re pretty good at winning shit occasionally.

Rather than a typical quad in the center of campus, we have what we call the Oval, named this for obvious reasons. When the weather is nice you can find babes in bikinis, dudes throwing football and DOGS, LOTS OF DOGS!! OSU’s own bagpipe guy is heard playing on the Oval most days when it’s nice out so we are all anxiously awaiting his return and his lovely tunes. 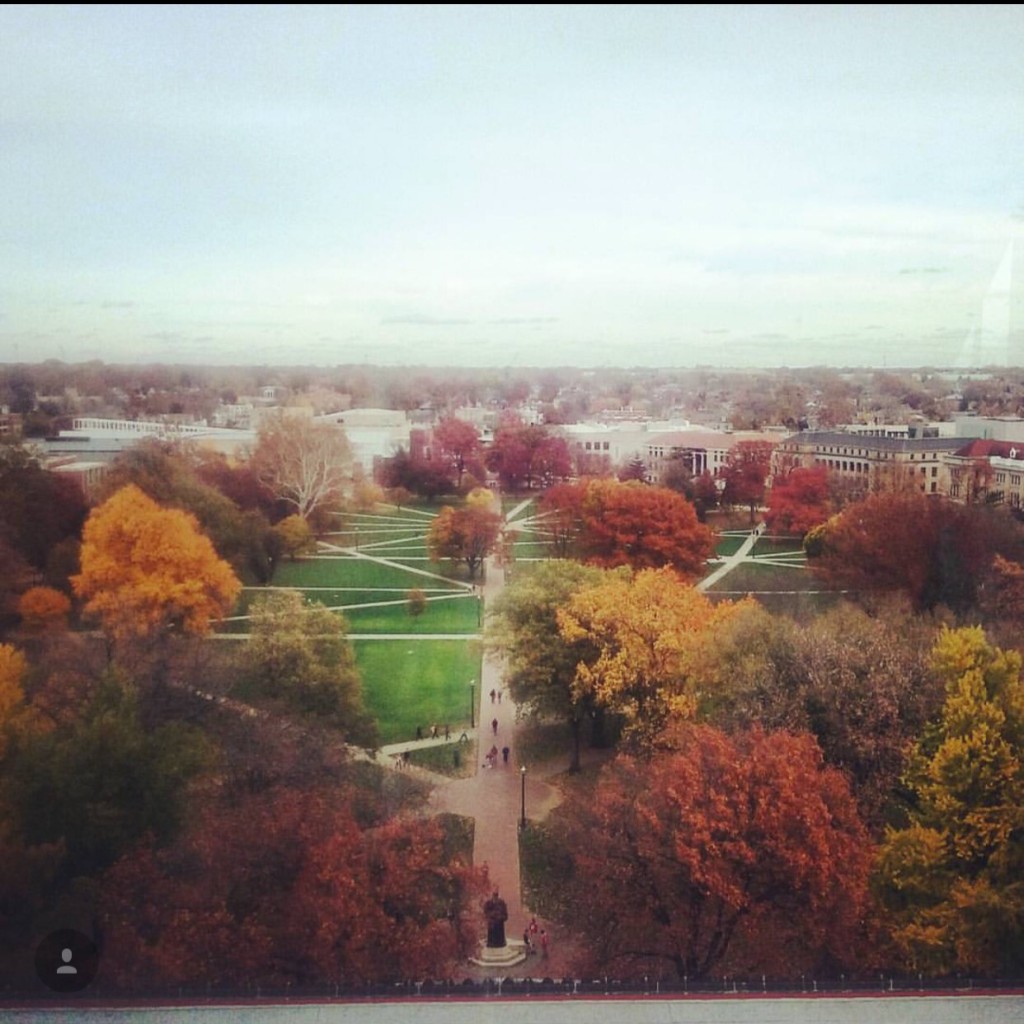 Do you know any other university where their football stadium is a horseshoe? Didn’t think so. Few things are better than standing around with 108,000 of your closest friends and cheering on the Buckeyes to victory. Football season isn’t just a span of 12 or so weeks, it’s a lifestyle here. 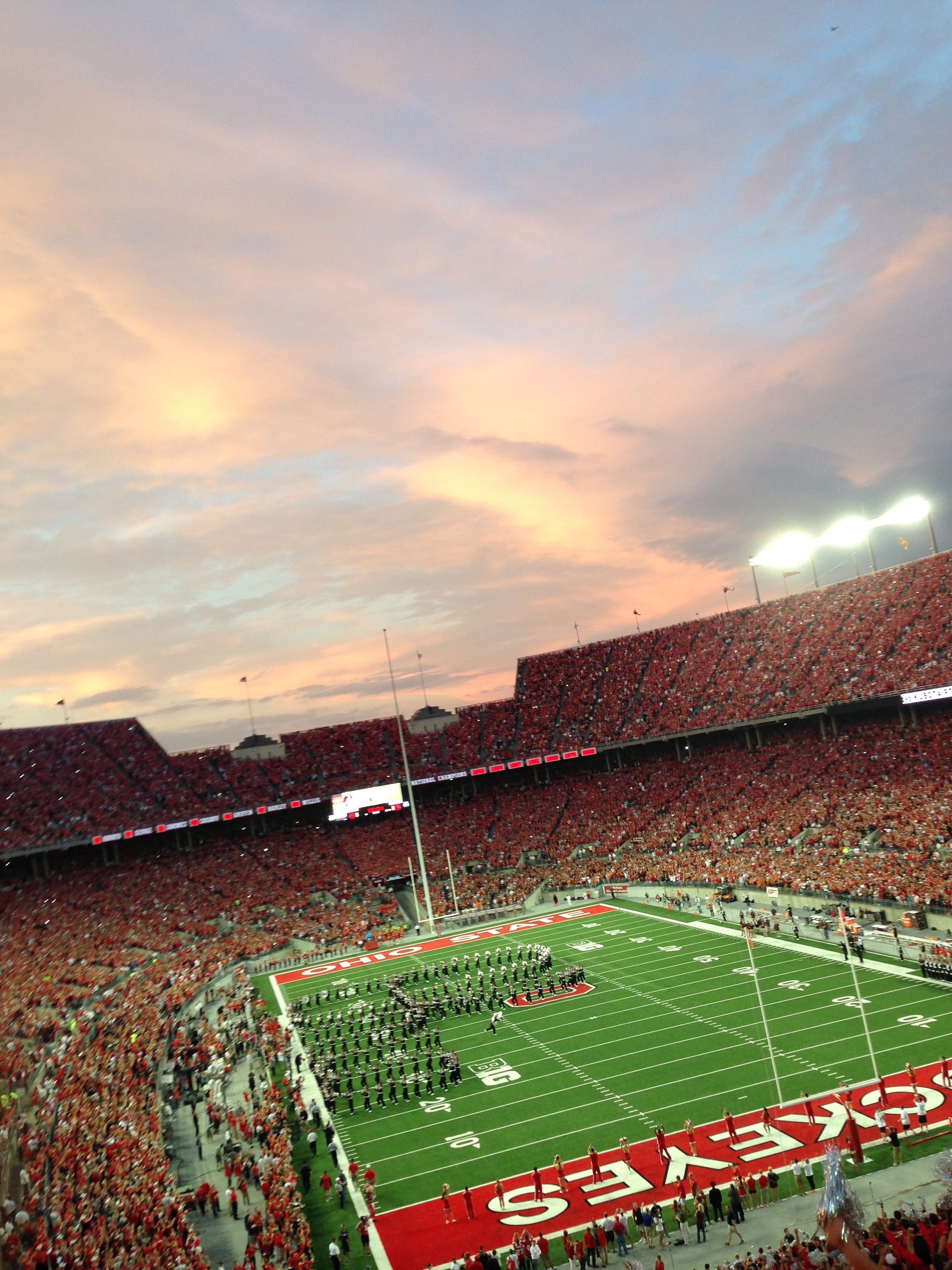