I was in their shoes just last year. I had just transferred to Ohio State my sophomore year and decided to rush that winter. Recruitment can be scary as a new member, especially when unfamiliar with Greek Life.

Each round of Formal Recruitment has a dress code that gradually gets dressier, leading up to the final round. The first Friday night and Saturday are round one, or Meet the Chapters. In this stage, every potential new member and their group visit each sorority house. Each girl is paired with a current member to talk with before heading out to the next house.

After each full round, the girls rank the houses they liked the most to narrow down their search. My advice for this round would be to keep a very open mind. Some girls go into recruitment with more knowledge on certain chapters than other, but try to be as open as possible since each house is visited this round. 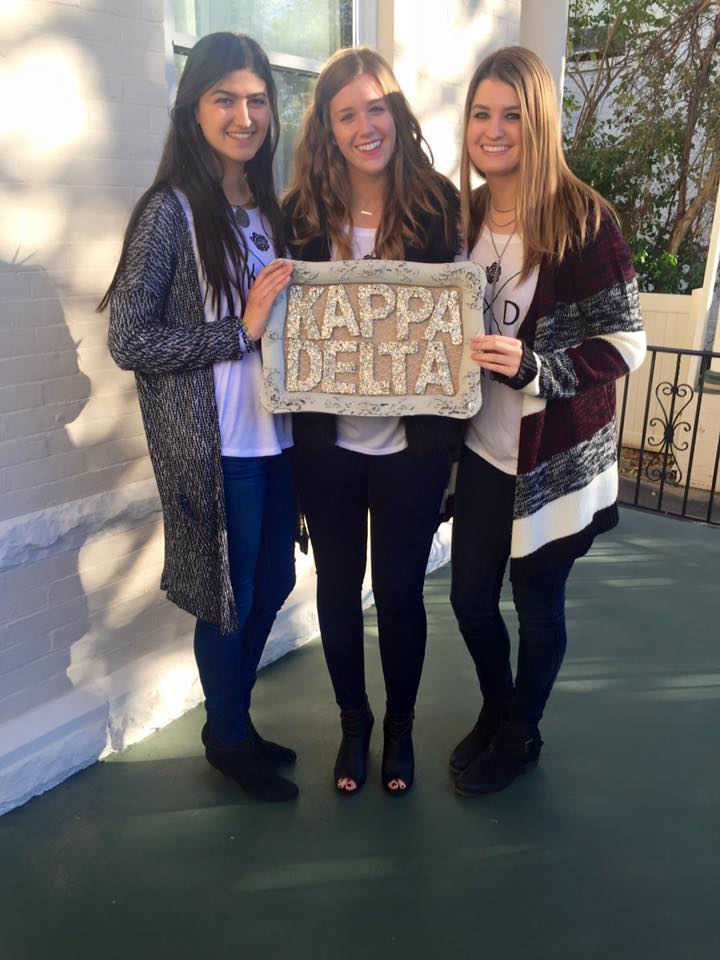 Round two takes place on Sunday. The girls were matched with sorority houses to create a schedule of visits for the day. The girls must find the houses on their own this time, which can be a bit stressful. But, once the girls find the right houses, they are again paired with current members and have longer to talk than the previous stage. In this round, all current members share their sorority’s philanthropies and various events with the potential new members.

The girls again rank the sororities to create a schedule for the next weekend. This round is very important and it’s when the key values are shared. So a piece of advice would be to really express genuine interest when the girls are sharing. Current members like seeing when new members are interested. But also, be honest about how interesting these philanthropies sound.

Round three, or Sisterhood Round on the following Saturday. The potential new members must find the houses on their schedule for a shorter recruitment day with longer visits at the houses. This is where the sororities showcase their amazing sisterhoods to the girls rushing. It’s full of moving stories and usually a short video.

The potential new members talk with more current members to get a feel of what the relationships in the sorority are like. The girls then narrow their list to their top three sororities. I suggest really paying attention to the current members, how they interact with one another. It is important to observe passing interactions to truly notice the chapter’s sisterhood. Notice things like inside jokes, for example, to see if it is a chapter you could see yourself in.

The final round is Preference Round on Sunday. This day proves to be the most crucial and yet makes the final decision so difficult because each sorority has their own special ritual they share with the potential new members. The girls get their schedules the morning of this round, like before, and find their way to their top houses. After the wonderful and very unique rituals, the girls must again rank the houses.

While this is a difficult decision it always proves to somehow work out in the end. At this point, these are the top three for a reason so there’s not much advice I can give. What helped me decide is thinking back through every round and thinking hard about which chapter best suited me. So think to yourself, which sorority would help you grow as a person the most?

The girls and sororities eventually pick each other, which is revealed on Bid Night. Bid Night is usually the day after Preference Round when the girls find out which sorority gave them a bid. It is a crazy night filled with excitement when the new members can finally meet the new pledge class. Bid night is fun and crazy so my only advice is to try and meet as many girls, current and new members, as you can.

Although the process sounds overwhelming, this past fall, Ohio State was lucky enough to have its first ever Preview Round. It was a “sneak-peak” into the crazy world of recruitment for new members. All of the girls thinking about rushing signed up and visited every sorority house for one long Sunday. It was similar to the first round of Formal Recruitment because the current members were able to talk to the new members briefly before they moved on to another house. 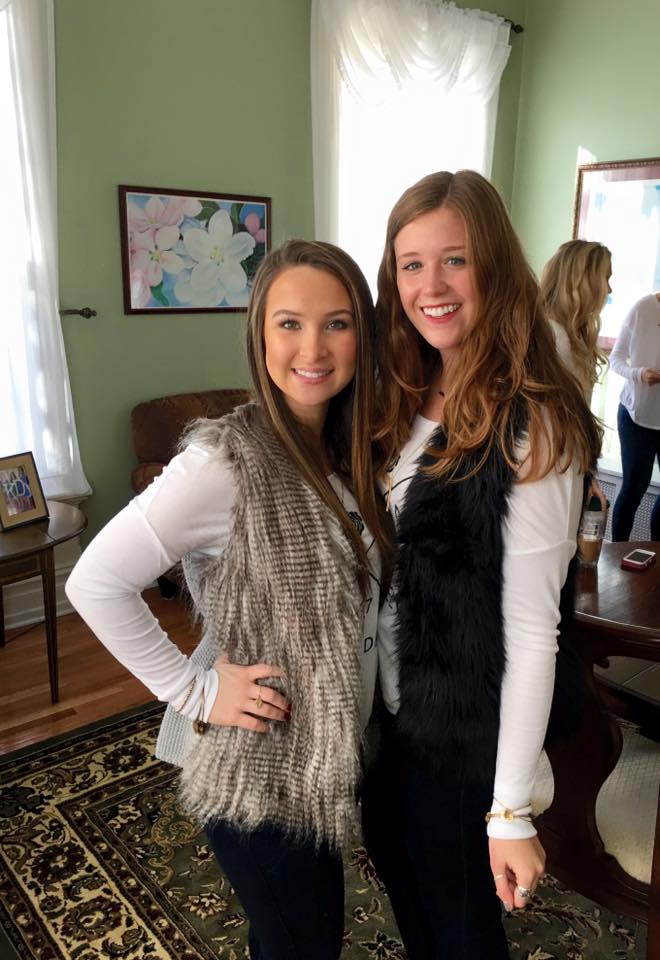 Me and my sorority sister Claire preparing for Preview Day

Another general tip when rushing is to listen to the Rho Gammas. They know what they’re talking about because they were new members at some point too. I can’t thank my four guides enough for explaining the process and being so helpful. Rho Gammas are recruitment guides, usually juniors or seniors, who ‘disaffiliate’ from their sorority to help a group of ‘potential new members’, girls going through recruitment, with anything they need to know.

The key thing is to remain yourself throughout every round and at every sorority. You want to find a chapter where you fit best being yourself. A sorority isn’t just four years of college, it’s for life. So you want don’t want to fake being something you’re not just to fit in a certain chapter. It’s true all sororities are different and some might feel more comfortable than others, but always keep smiling and being genuine.

Recruitment may be stressful but it is worth pulling out hair when you find the right chapter. Nothing beats a lifetime of friendship.