Why I’m OK with ending the Mirror Lake tradition

Take a minute and put yourself in my shoes.

It’s the night of the Mirror Lake jump, you decide not to jump this year because you’re already sick and you didn’t even think it was that fun last year. You find yourself taking care of your insanely drunk roommate who is throwing up in her room before she even has time to leave for the jump.

Once she passes out with her head in the trashcan and that’s over with, you head to bed and hear all of the craziness that’s going on outside of your window. Of course, you think nothing of it because it’s just another Mirror Lake night and college kids will be college kids. You love your school and the crazy people here who are full of school spirit!

However, it doesn’t end up simply being another night of Ohio State students jumping into a shallow, freezing lake to show their love for this amazing school. This night ends in a tragedy of a student passing away.

For some time, the student was unable to be identified and you’re left wondering who it could have been and what could have possibly happened to result in death. However, the next thing you know you’re checking your phone and you get an email from the university identifying the student as one of your very close friends, Austin Singletary.

The world stops from this point on and you will never be able to view the university or this tradition in the same way ever again. 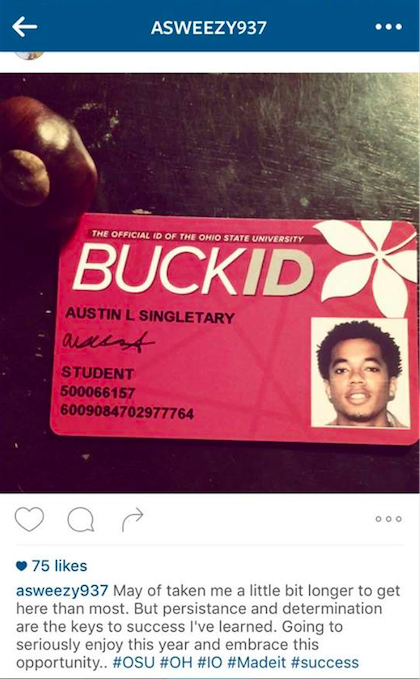 OK, so that’s how the day and day after Mirror Lake went for me. It has been one of the hardest things I’ve ever had to face in life, and I miss Austin more with each day that passes. At first, all we knew was that he had gone into cardiac arrest and ended up passing away shortly after this.

As more information was released we learned that he had fractured his C-5 vertebra. Before it was known that he broke his neck, I was thinking that his passing was due to some freak health accident or an underlying health issue that would later be discovered. When I realized that it really was something that could have been prevented easily, I became angry. 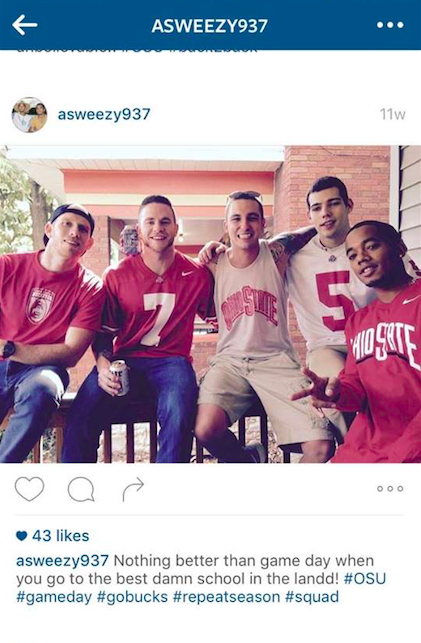 I don’t support ending the Mirror Lake jump because I’m angry at the world, which is probably what you’re thinking. I support ending it because now that I’ve known this pain I don’t want anybody else at this university or in the world to feel it, I don’t want any families to have to go through the hurt that Austin’s family is feeling right now, and I don’t want more students at Ohio State to lose one of their close friends.

If I would have realized earlier that accidents like this could so easily happen I would have supported ending the Mirror Lake jump way before Austin’s life had been taken away because of it.  I don’t want any student to die because of something that could be avoided with one simple decision to stop the tradition.  A new tradition could easily be put into place that would be just as fun and could honor Austin’s life as well.

This being his first semester at Ohio State, he honestly had more love for this university than anybody I know. He deserves something in his honor and he deserves respect. He wouldn’t want to be the cause of this controversy, but if this were to have happened to someone else I am confident Austin would be smart enough to know that the value of a life is greater than that of a tradition. 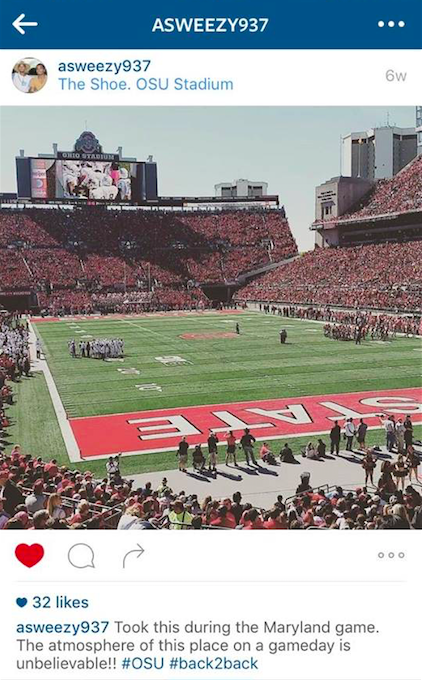 As I have been searching the internet for articles about Austin, I have seen the way that people are bashing his name and looking at this tragedy in all the wrong ways. I am unable to fathom the indecency that some people display.

I don’t understand how you could solely think about how mad you are that a tradition might be taken away and look past the loss of a human life. It hurts my heart to see people being as inconsiderate as they are.

I understand that not everybody is going to feel the same way that I do, and that’s okay. It is clear that many people agree with me and many also disagree with me. Everybody is entitled to their own opinion. I am sincerely open to hearing anyone’s view on this topic and talking with you about your thoughts about ending the tradition. I don’t want anyone to feel that their opinion isn’t being heard, and that’s why I decided to take on the challenge of writing this for you all. I want my voice to be heard and I want everyone to be able to understand this experience from my point of view and know fully why I feel the way I do. I have an immense amount of love for my school, my friends, and my peers. I want the best for all of them and it is important to me that the future of each and every student is as protected as it can be.

Sometimes death is taken more lightly when it happens to somebody that you weren’t close with, and I fully understand that. I just hope that students, faculty, and staff here at Ohio State are able to see it from the view of someone who cherished Austin’s life more than anything. Every life matters and the future of all of the students’ lives here at Ohio State matter! Let’s make sure this never happens again, and let’s find a way to honor Austin’s beautiful life that he was able to have here on Earth.

Rest in peace, Austin Lee Singletary. We love you.