While we're all watching the Olympics on TV and dreaming about our would-be figure skating careers, NYU Steinhardt's very own senior Marshall Kramsky is getting in on the action up close. Kramsky is currently in Pyeongchang, helping to cover the Winter Olympics with NBC.

Studying Media, Culture and Communications with a minor in the Business of Entertainment Media and Technology as well as Religious Studies, Kramsky applied for this experience of a lifetime about 18 months ago and underwent a series of interviews. In total, Kramsky will live in South Korea for six weeks.

"Leading up to the games, the most important things were learning all about Korean culture and athletics," Kramsky said. "I did everything from going ice fishing at the PyeongChang Trout Festival, eating street food in Seoul and studying everything there is to know about as many athletes as I could in each winter sport."

Kramsky said that the hardest part of the experience has been the language barrier, because many of the locals in PyeongChang don't speak English. "You can't type their characters into Google translate," Kramsky added.

Kenny Albert – an alum of NYU and American Sportscaster – took Kramsky under his wing, pushing him into a similar career path. "Being encouraged by someone who is as big in the industry as he is has been really meaningful as I try and break through in the industry," Kramsky said. "In my opinion, Albert is one of the best Play-By-Play broadcasters of all time, especially when it comes to hockey. He's been a fantastic mentor." As well as Albert, Kramsky met a lot of other talented broadcasters like Mike Tirico, Katie Couric and Rebecca Lowe. 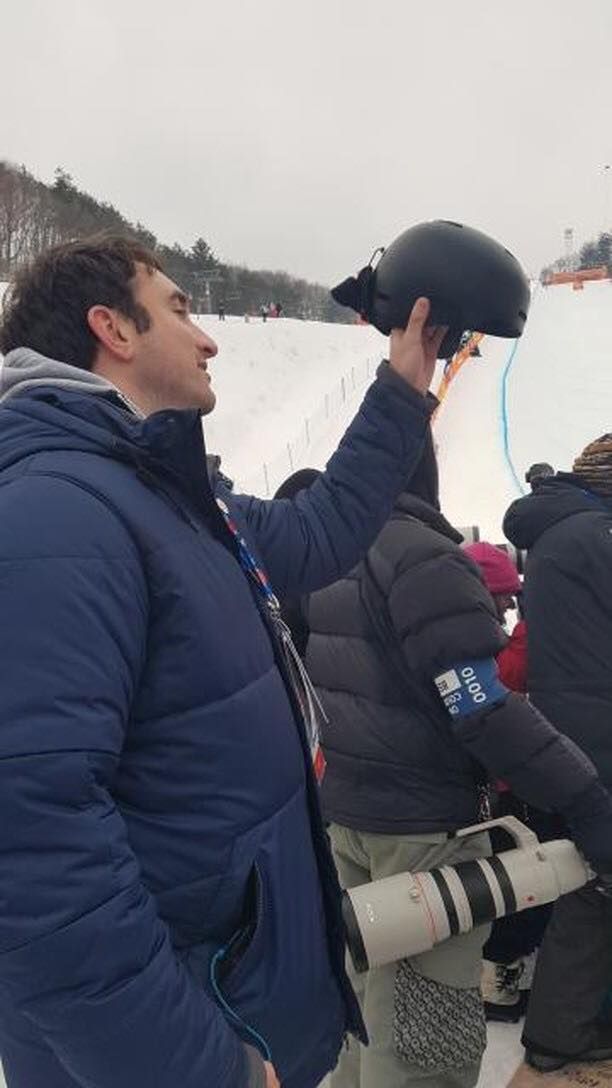 Not only did these network pros help Kramsky by discussing their craft and career path, but Kramsky also had the opportunity to meet snowboarder Shaun White and ski racer Mikaela Shiffrin.

"One of the highlights of my trip was when I made Shaun White laugh by jokingly telling him that I recognized him as the actor who hits on Mila Kunis in 'Friends With Benefits,' rather than his historic snowboarding career," Kramsky laughed.

Kramsky also recounts a stand-out and particularly touching moment, when he witnessed the North Korean and South Korean athletes walk in the opening ceremonies under the unified Korean flag. "Everyone has been getting along unbelievably well, the only sort of disagreements that I've noticed have been during head to head competition," Kramsky said.

"This experience has justified my dreams and aspirations. Being at the Olympics you see emotions from people you never thought were possible," Kramsky said. "Seeing underdogs win, or meeting people who have overcome serious accidents to compete again, it just warms your heart and it's truly a privilege to tell their stories."

After graduation, Kramsky plans to continue reporting and do on-air sports broadcasting. Whether following your dreams means competing in the Olympics, covering it or watching it, this NYU senior is the living testament that seizing every opportunity, especially if it means traveling halfway across the world for this epic sporting event, is worth the ride.