Vibes to get hiiigh on

If you're looking for new artists to get into in 2018, look no further than your own classmates. Like the alumni before them, NYU students are the next generation of change-makers in the music industry. From Clive to Tisch to CAS, here are a few of our favorite recent releases and the stories behind them, as told by their creators.

“The inspiration for ‘Picture Perfect’ comes from me always feeling like, because of shit going on around me, I had to be the glue of the house… I always had to be happy and smiling. Looking back, I now see that wasn’t true. ‘Picture Perfect’ is full of those feelings I never shared.

I like to make my music a whole, immersive, experience. I think a lot about painting pictures with the sounds, what color each sound has, what feeling it has, and to use all those sounds to make each song its own little world." 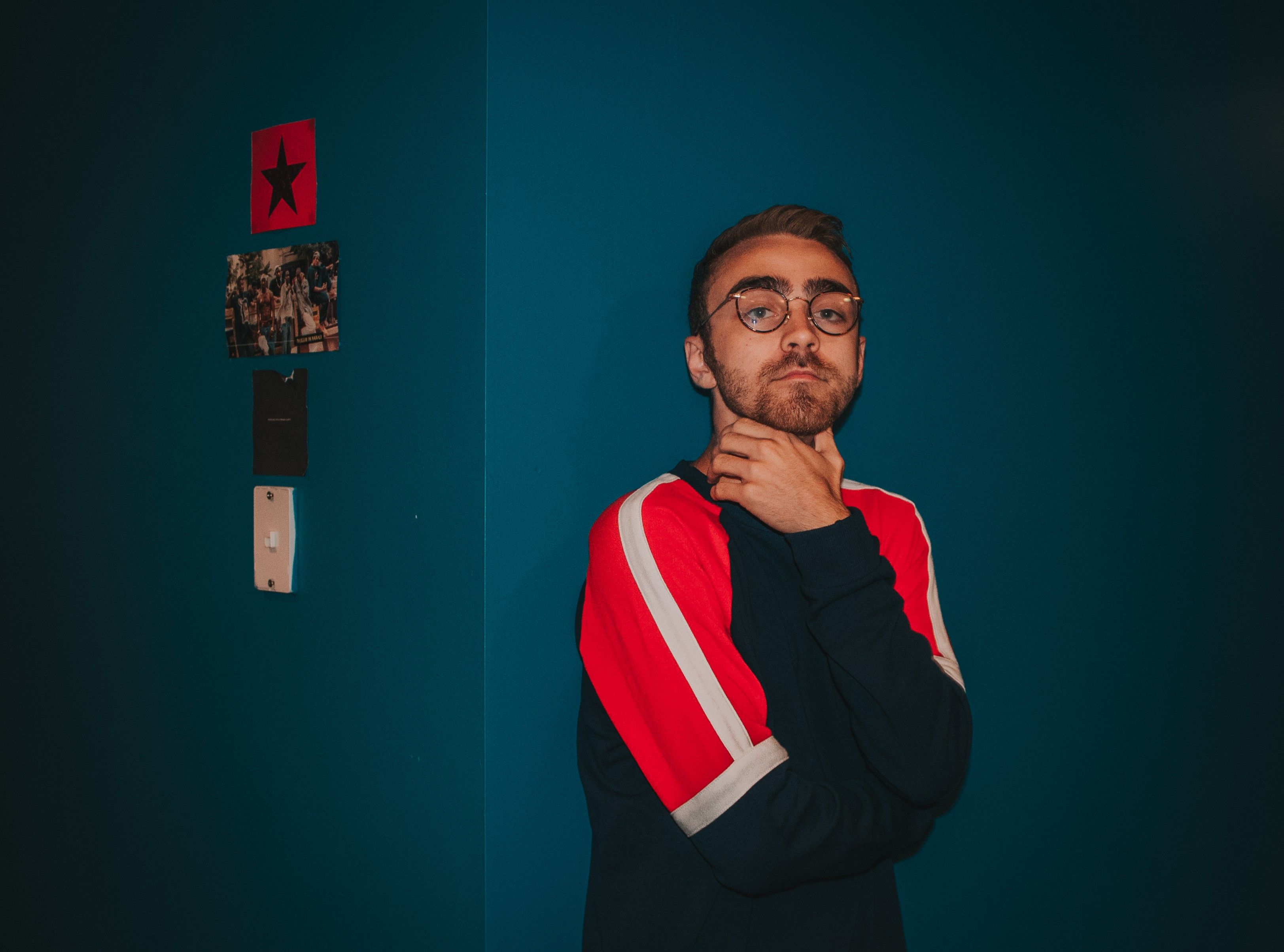 "Coming to New York made me realize that I’m still figuring it out – music, life, relationships. It took me a while to accept that, but I think I like it that way. It’s always a work in progress. And right now, I’m really excited about the work I’ve been doing. My second single ‘Much About Sadness,’ is coming out next month, and lots more music in 2018."

“I wrote 'Different Kinda Love' one day last summer. I was on my way to work and the whole song just came to me, so I sang it into my phone walking down Allen Street, and produced out the demo the next day. I was going through a weird time where I was afraid to tell this person how I felt, and the song is a paranoid story of what I pictured would happen if I spoke up. I had also been really wanting to write a song like The Killers 'Somebody Told Me,' so the original production was basically me trying to replicate that song sonically and its form. I don't think these elements really stuck around for the final production, but that song was definitely my initial reference.

The songs Little Brain is putting out now came from a place of not caring, but in a good way. Last summer I was stuck working at a studio and I really didn't enjoy it and didn't have any time for myself or my own music. I made the decision to quit, knowing that if I was giving myself that much free time I couldn't use it to fuck around. I started producing for 4+ hours every day, and writing a song a week. It was the first time in a while that I was just making music for me, not caring what anyone else thought." 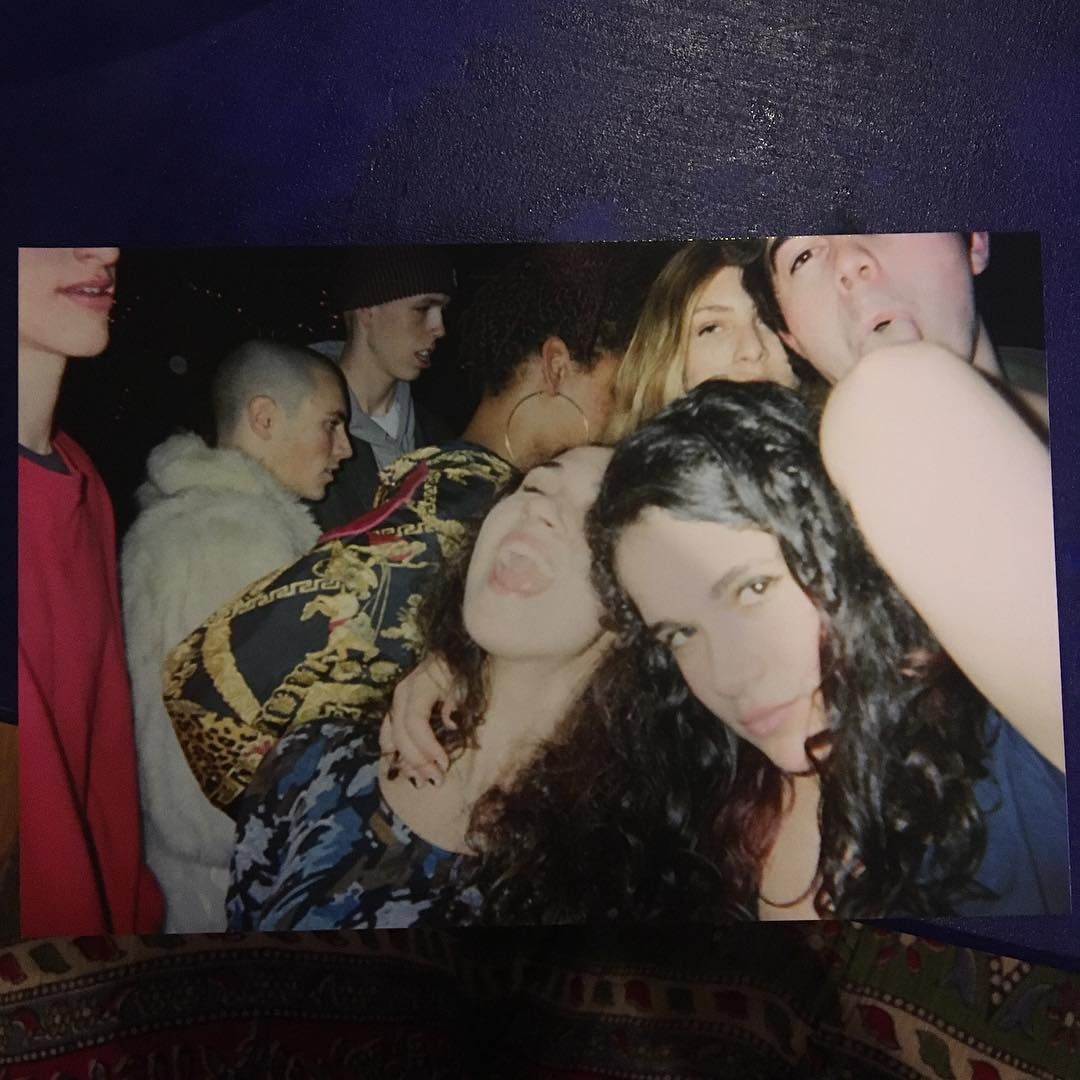 "After around two months, I noticed that I was honing in on some of my older inspirations – late 90s/early 2000s indie rock. I found a sound that I really liked, and the demos reflected that. I decided to send them out to a few producers who had made my all time favorite albums, and Jeff Saltzman, who did "Hot Fuss" for The Killers, responded and offered to make my record.

Because of my inspirations, and some hesitations about being a solo artist in the music industry, I decided to brand this as a band, Little Brain, and asked my friend and fellow indie rock lover Lisa Hickox to help me with the record. The two of us flew to Oakland and recorded five songs. We’re hoping to put out one or two more singles before we release all five as an EP in May. Between now and then, we’re focused on writing and recording."

Halfy / Antonio Jenez – "I Think I Wanna Get High"

“This song is inspired a lot by my experiences over the past couple years. It's a combination of a lot of feelings and centers around themes of sadness, love and loss. I also talk about my fears when it comes to making music, I say "can't trust myself, that's how it seems, I'm not working for my dreams," because there are moments when I feel that I'm not doing all I can to push for the only thing I really want to do in the future.

I think of this song as similar to what Kendrick Lamar did with "Swimming Pools." It has serious meaning but the beat and the sound of something much lighter. Hopefully it appeals to lots of types of people: those who like meaningful lyrics, those who like good beats, and so on.

Regardless of the title, the song is not simply about smoking. It's about having all these hard feelings and wanting to escape from the fear and anxiety that come along with them. High in this case is whatever the listener wants it to be. It's just above where they're at right now." 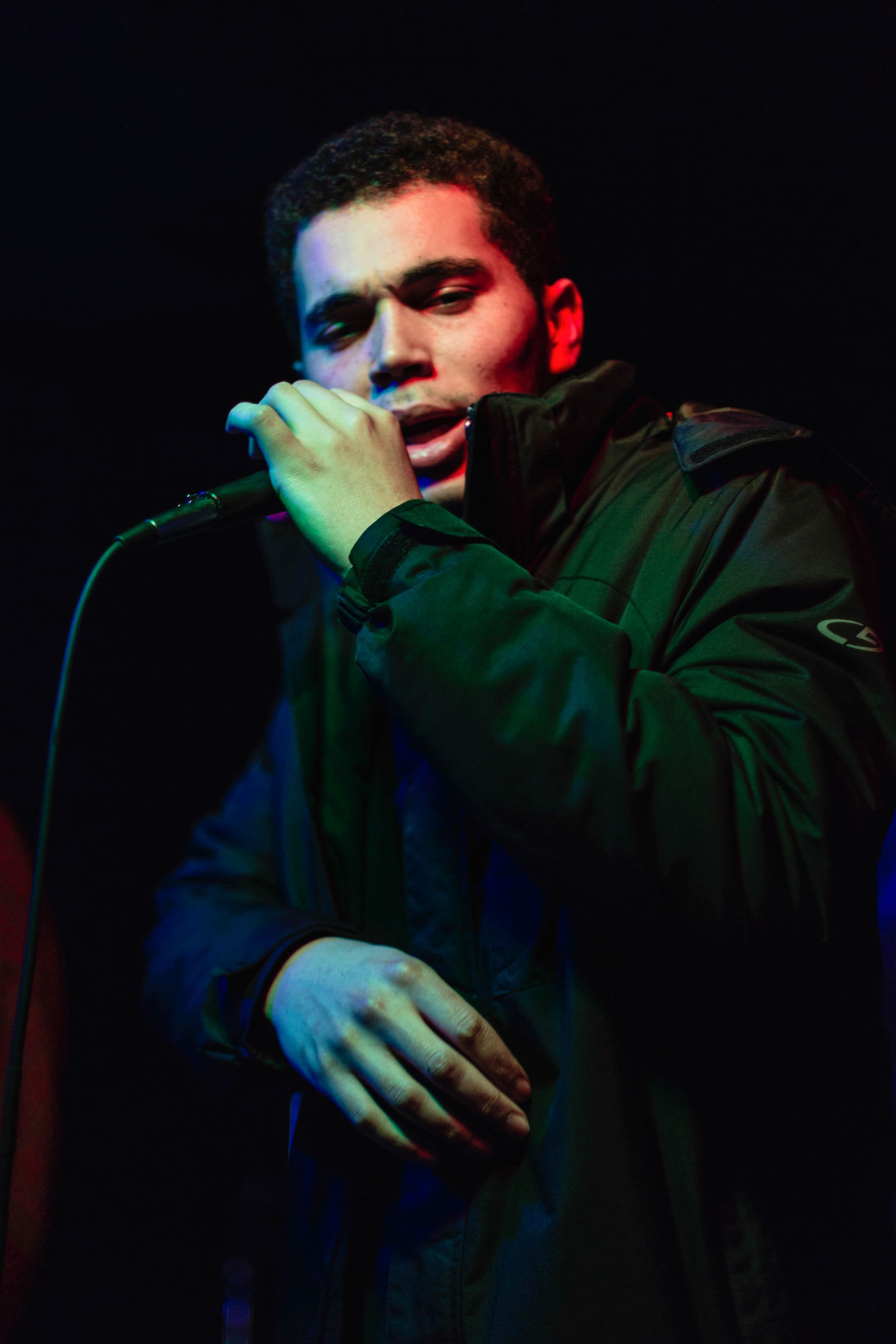 "When I started making music, I was in my freshman year of high school and going through a rough time, and by a rough time I mean sitting behind the dance room eating lunch alone. But I ended up meeting this guy named Rahul and we became friends and he introduced me to a lot of rap and we both ended up spending our time writing together and showing each other our verses and all that.

Since coming to NYU, I've also gotten closer to finding what my sound is, or I guess, what I want it to be. I'm still not 100% sure what I want to go for because I enjoy many styles of music, but I've been better at noticing my tendencies.

Be on the lookout for a whole lot of releases in 2018. I think that the years leading up to this have been time for me to learn about myself, my style, and the music industry. This year is using all of that knowledge to progress. I want to make music for a living and I want to be big. This year is going to be the first real shot at that.”

"I wrote 'Only I Know' after traveling to London for the first time. I was inspired by the artistry and how much they appreciated and understood American culture & underground Hip-Hop. I was like damn, I want to know more about their culture! I got together with some talented underground U.K. rappers/producers, DJs, creative fashion directors, and met singer Jorja Smith. I just started writing about how I turned my dream of performing in the U.K. and screening a film into a reality, and what it felt like to know that anything is possible.

Music has been in my life as early as I can remember, but I started taking it seriously my sophomore year at NYU. I worked as a DJ/producer with some NYC Rappers like Nebu Kiniza and Flee, and started doing my own house parties in downtown Manhattan and Brooklyn, collaborating with fellow classmates and my friends Soho and IDKHIM. Everything started to fall into place…I always wanted to make music, and I’d finally found the right environment to grow as an artist." 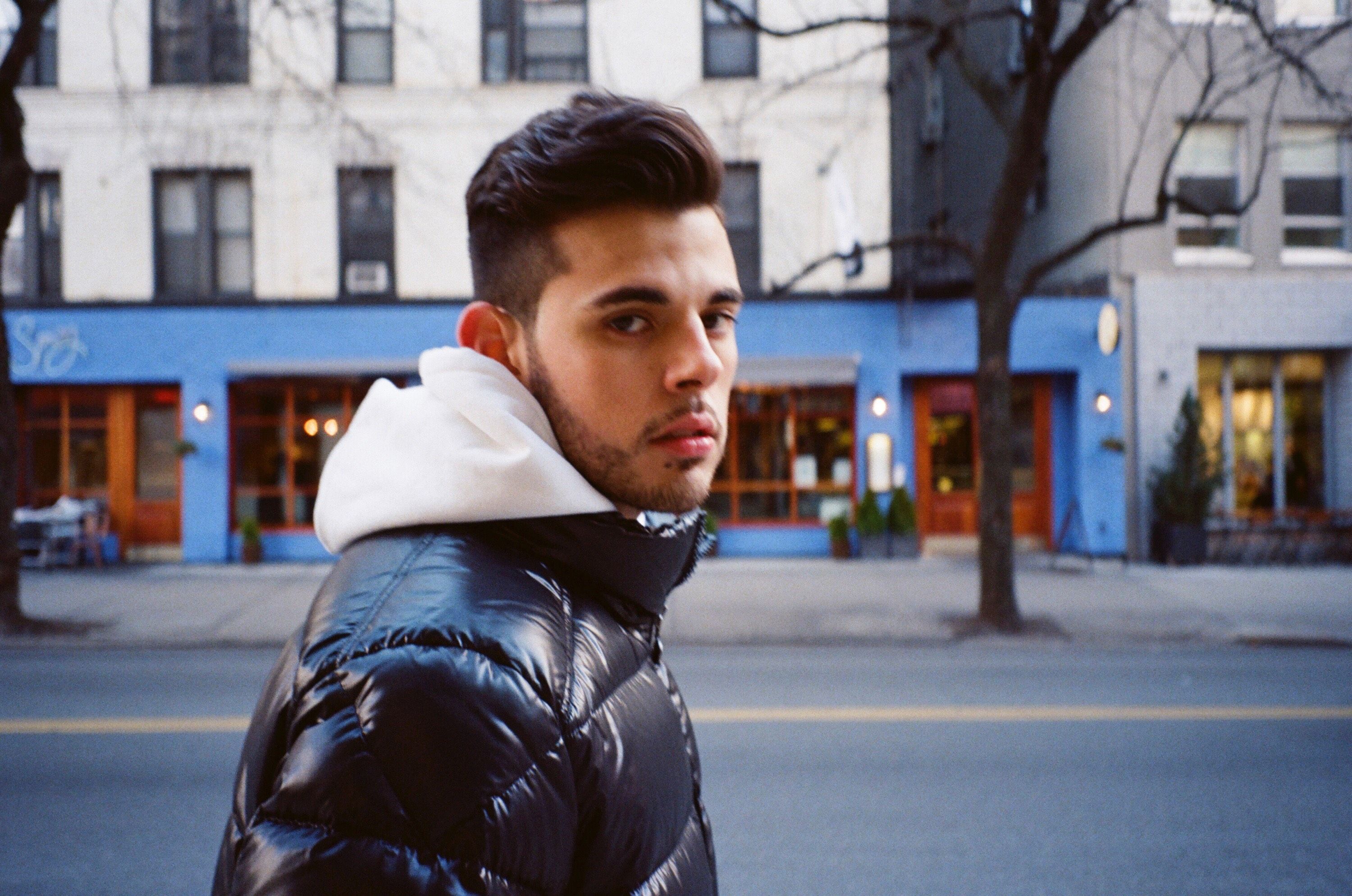 "My style continues to evolve and develop and isn’t really categorized to one genre, nor do I want it to fit cozily anywhere. I'm starting to find my sound with analog equipment and listening to music that inspires me or makes me feel a certain way. All my favorite musicians have constantly evolved throughout their discography & I hope to follow in that tradition.

I’ve started working on new projects and collaborations with TRNDSTTRS and we’re booking shows for 2018, so stay tuned. The last week of January, I'm releasing my debut EP with a visual album that I directed and produced titled "Overnight.’’ The project has been over a year in the making, and I'm really excited to share the experience. I think of my songs as time capsules that try to capture the emotions and thoughts that I was feeling during a specific point in time. I know people will be able to relate to the project because it has to do with self-reflection and searching for inner peace in a chaotic world."