For what will surely not be the last time, NYU held a vigil for the victims of senseless gun violence

Within 12 hours of the news breaking that Stephen Paddock had shot into a crowd of concert-goers at the Mandalay Bay Hotel in Las Vegas – with an automatic weapon that he was legally allowed to carry – NYU organized a vigil on the Kimmel stairs for the victims of the attack. 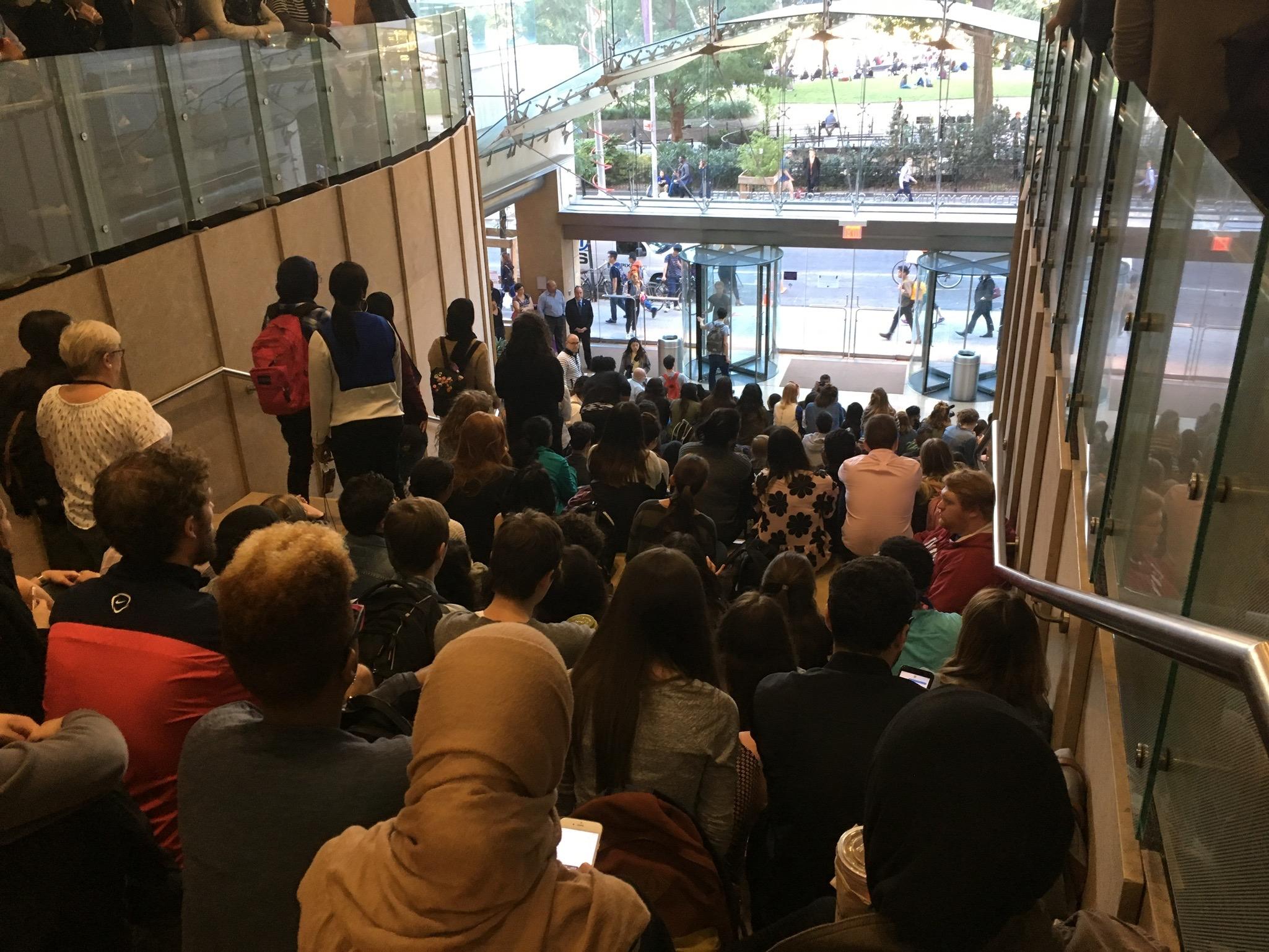 Students gathered on the stairs to pray for the victims and to listen to speakers, including students originally from Las Vegas and members of the university's religious community. 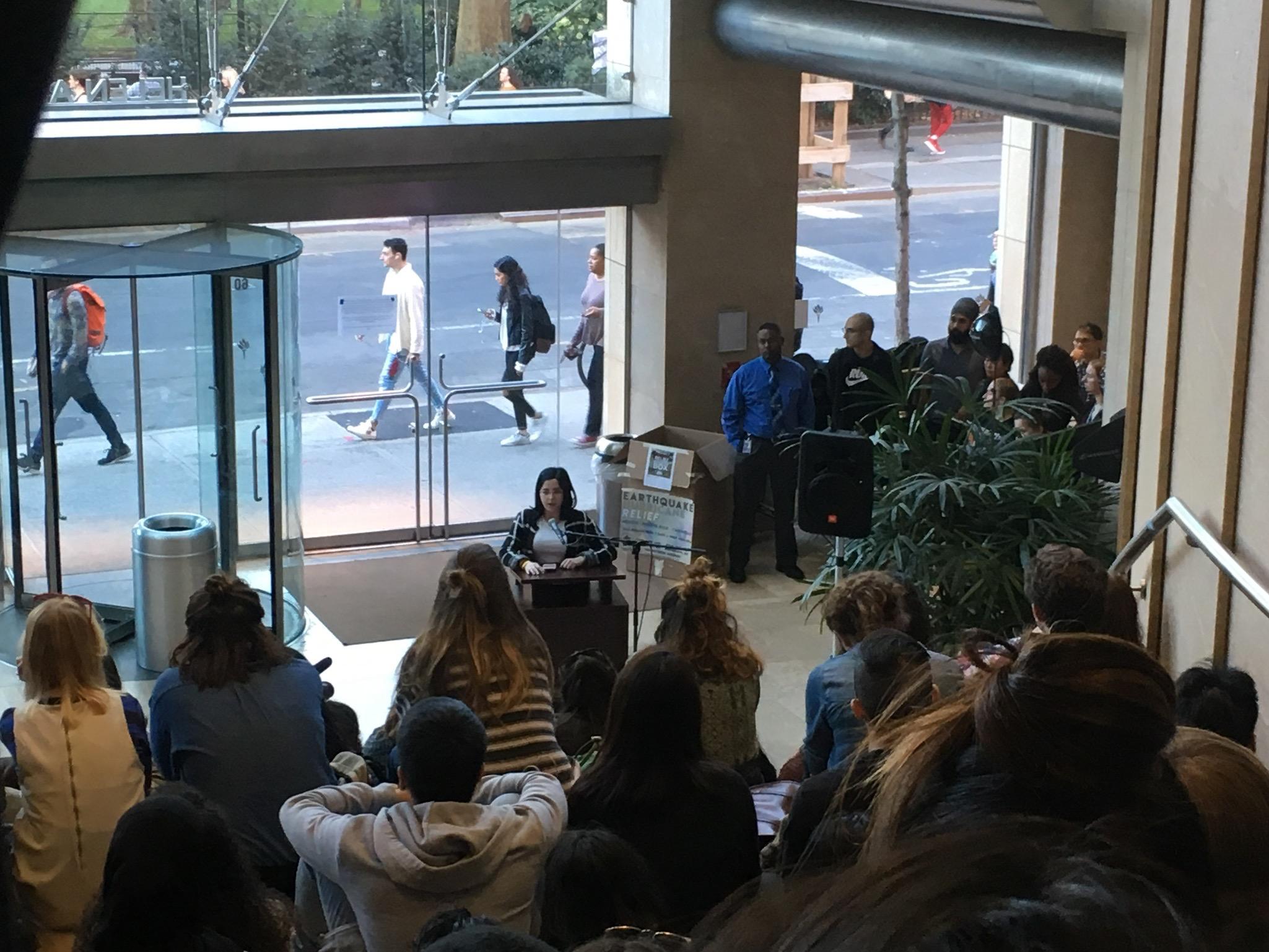 Rose speaking at the vigil

Rose Asaf– a student at NYU who grew up in Vegas – described the city and its famous strip as "a very special place where people could be free and carefree and where people could enjoy themselves". She also reminded the crowd that "bravery and fear are not mutual exclusive…we have to use our bravery and our fear to fight this hatred and this massacre".

RJ – also a Las Vegas native – told the crowd that while his immediate family were safe, his brother's friend was one of those injured and he had other local friends who were murdered by this act of terrorism. He followed on with a reminder for the NYU community that they have the power to help and bringing healing after this tragedy.

If you are feeling sorrow and grief, feel it…but also understand that you have the opportunity to help, you have to opportunity to deliver that light…If we come together as one we can not only hope for better, but we can demand better. 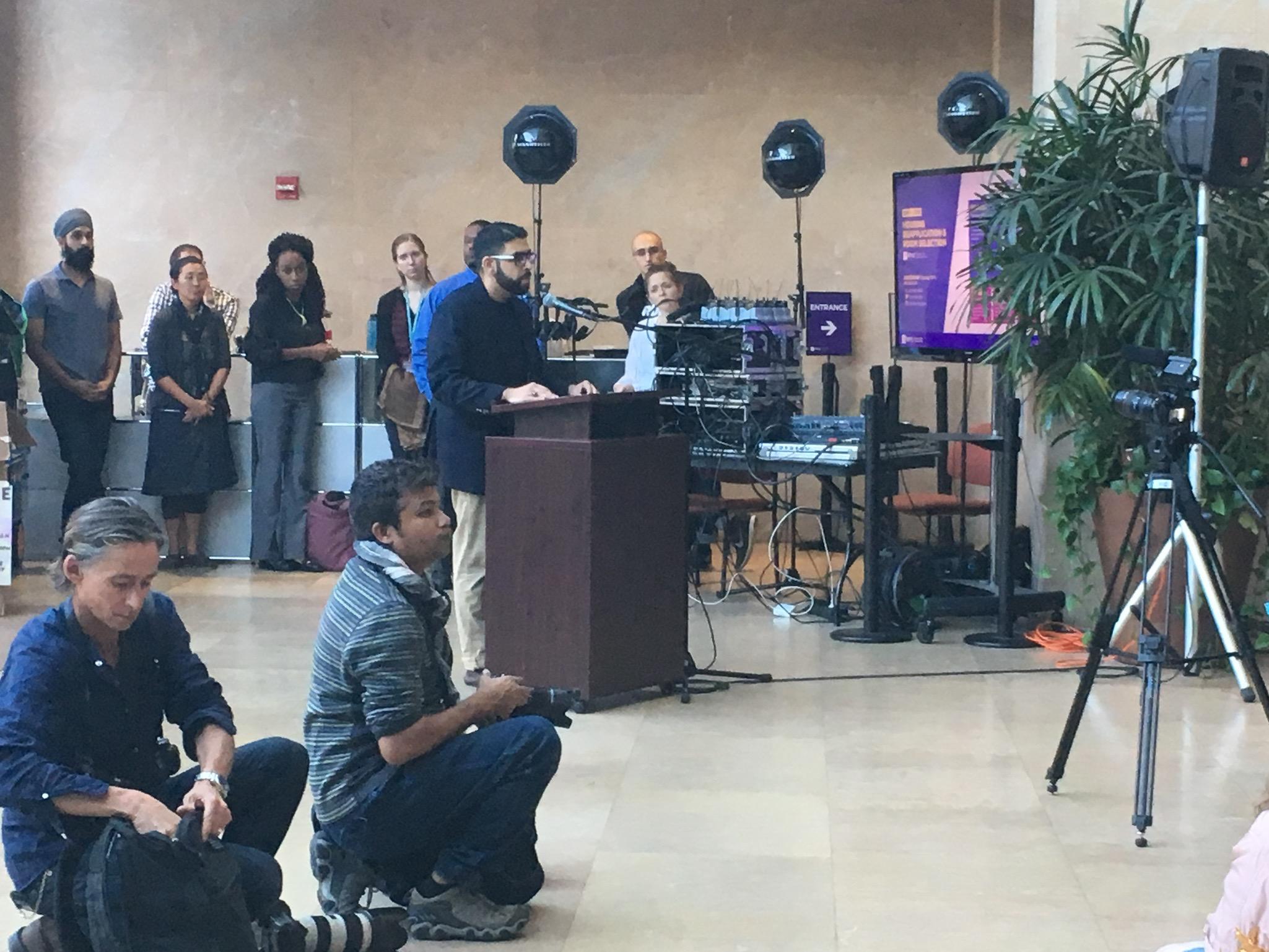 Faiyaz Jaffar speaks at the vigil

The student speakers were followed by members of the NYU religious community, including Rabbi Sarna and Faiyaz Jaffar, the Associate Chaplin at the Islamic Center at NYU.

As the death toll continues to rise, much information about the motives and the preceding circumstances of the attack remains unclear. But this much is clear; before opening fire and killing concert-goers, Stephen Paddock had yet to commit to a crime. In Nevada, people are allowed to openly carry weapons on their person and also do not have to register themselves as gun-owners. While background checks exist, people in Nevada can buy guns privately and avoid these checks all together.

Find information to call your representatives here. People are also raising money for the victims on GoFundMe and the National Compassion Fund.