Make a run for it, or call for help? This film series is part horror, part interactive thriller

You jolt awake in your pitch-black bedroom, body tangled under pale sheets, and see a menacing figure lurking outside your window. It’s 3:33am (aka the devil’s hour) and you think to yourself, holy shit, how the hell did an intruder get on the roof of my fancy New York City penthouse apartment?

But as much as you’d like to grill the doorman, there’s no time. The intruder is moments away, and you’re about to become the blonde cheerleader in every horror film ever. 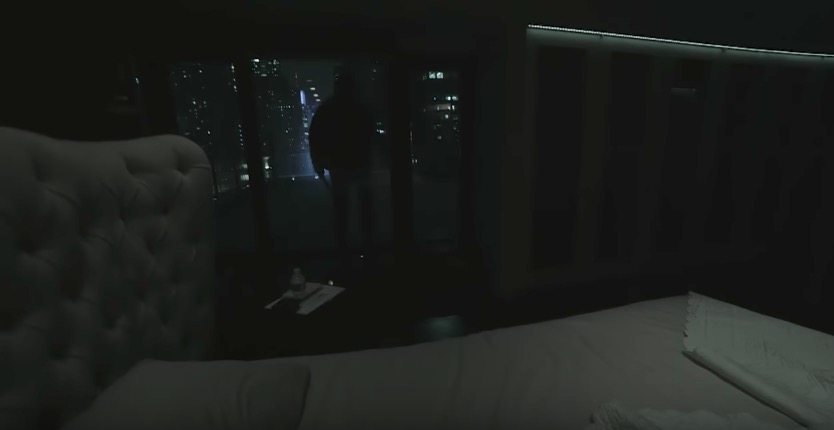 What do you do? Option 1: Hide in the bathroom. Option 2: Leave the bedroom.

Sounds like the beginning of a horror film/video game, right? Close: it’s the opening scene of Grayson Whitehurst’s chilling new series titled THERE’S SOMEONE IN THE HOUSE that debuted last week. It’s a spec- spot ad for ADT Home Security, and is described as an “immersive horror – seemingly the first of its kind for advertising.”

Whitehurst is a rising senior in Tisch Film & TV where he’s building an impressive cache of original films, between interning at Cannes Film Festival and freelancing as an editor. He explains that he’s been into spooky movies from a young age (“Texas Chainsaw Massacre, The Hills Have Eyes, kinda dark stuff”) and toys with elements of psychology and horror in his films. Grayson’s style is immersive and darkly poignant, he materializes the abstract by poking – carefully, just enough to draw a pinprick of fear – at his audience’s discomforts.

When he was told to create a PSA-style commercial for class, Grayson immediately knew he would do horror. “My life over the past year has been so turbulent. I lost my dad when I was 15, and I lost my mom last October. Fear has become a sort of stasis for me, which I know sounds weird. But I’ve become more comfortable with the unknown, and have been trying to put that in my work.”

Grayson says TSITH, which he shot with friend and long-time collaborator Jackson Tisi, was an exciting project because he was able to fuse artistry with realism in the perfect scenario (“a good source for horror in real life”), a home break in.

“I wanted to maximize creativity through it being interactive, and make it as poignant and informative and ‘PSA’ as possible with the statistics about home security.” 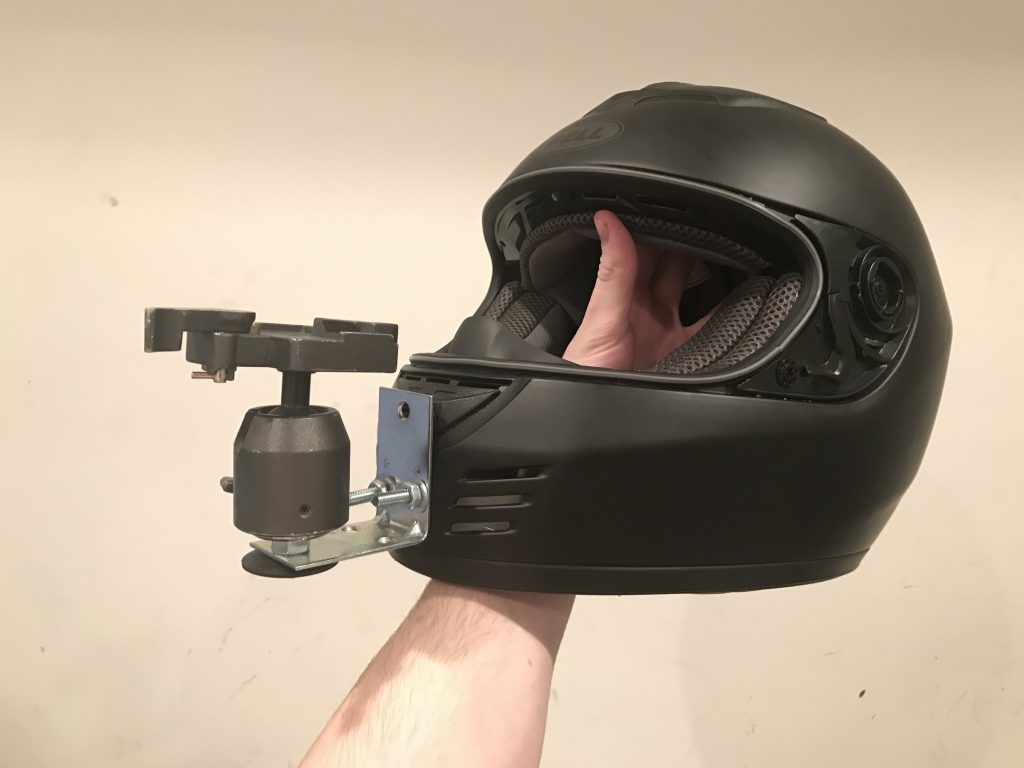 Whitehurst and Tisi got innovative for the project, building a helmet-cam which Tisi wore to perfectly place the viewer in the middle of the home invasion. A friend who’s a real estate agent hooked them up with an amazing apartment, and alongside a small production team and cast, they were able to knock out the 10-minute series in just one night.

“I would love to extend this project into a 360, VR experience,” Grayson says, adding that he plans to reach out to ADT to follow up on their reception to his ad.

Even with TSITH just barely released, Grayson already has new projects in the works. House of Dad, a dark comedy centered on the relationship of a “young man and his delusional father” is in its final stages, while Grayson’s thesis film, A Handful of Dust, will launch into production this winter. 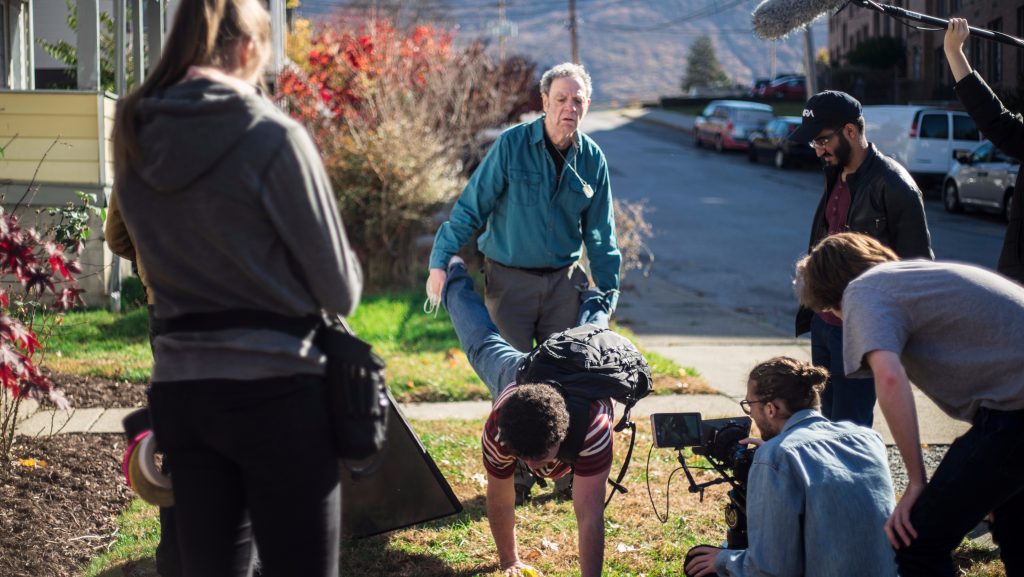 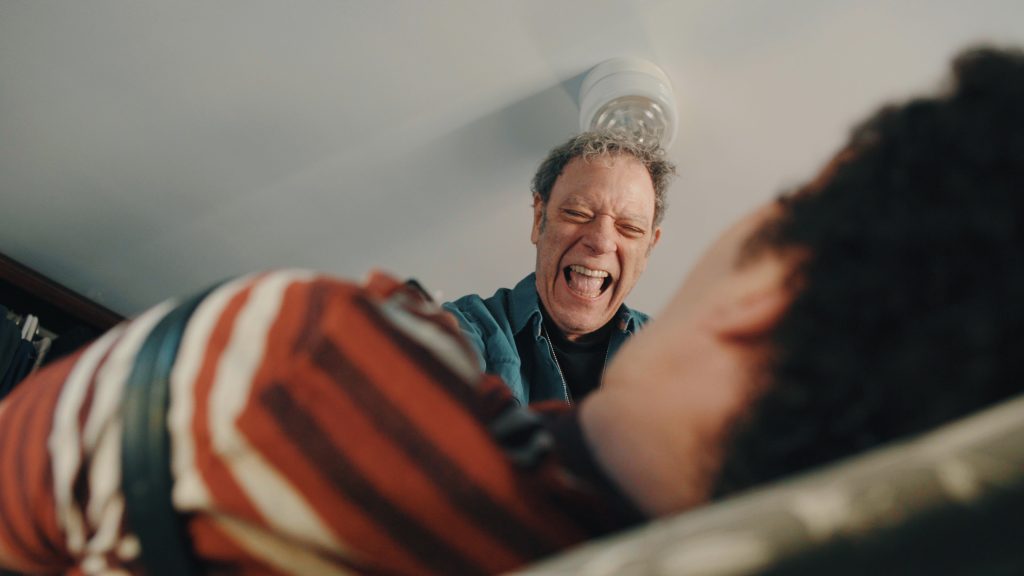 Stills from House of Dad

With TSITH, Grayson conveys truly chilling emotions to his audience; it feels like you’re experiencing a real home invasion, something the director had in mind all along. “If I were to put myself in the shoes of a viewer, what could I see that would make me jump?”

Photos courtesy of Grayson Whitehurst, check out more of his work here