Two days before Trump withdrew from the Paris agreement, the UN Secretary General came to NYU to call for action against climate change

The irony hurts too much

The UN Secretary General António Guterres spoke at Stern on Tuesday and issued a global call to take action against climate change. Two days later, President Trump withdrew from the Paris agreement – an international climate agreement that pledges to limit global temperature growth to below 2°C – a move that garnered criticism from members of his own team.

António Guterres delivered the main address at an event titled “Climate Action: Mobilizing the World,” addressing an audience of NYU students, faculty (including those from Stern’s Center for Sustainable Business) and business leaders.

Throughout his speech, he reiterated that the science behind climate change is “beyond doubt” and that “human interference on the climate system is clear.” He called not just for action by global leaders and organizations to combat climate change and move towards increased sustainable development, but he also made sure to call out those who were falling behind on this action (hey there Mr President).

With the hindsight of the last few days, many of Guterres’ comments now feel even more poignant (and for those who have a dark sense of humor, also cloaked in a great veil of irony). Guterres even specifically cited the Paris agreement and its benefits, saying “climate action is gathering momentum not just because it is a necessity but because it presents an opportunity to forge a peaceful and sustainable future on a healthy planet. And this is is why governments adopted the Paris Agreement in 2015…”

There were many other instances when Guterres seemed to be targeting Trump – and leaders with similar approaches to climate change – on their climate change record. He emphasized not only that “the journey from Paris is well under way” but that “if any government doubts the global will and need for these accords, that is reason for all others to unite even stronger and stay the course.” Looking at you, Donald. 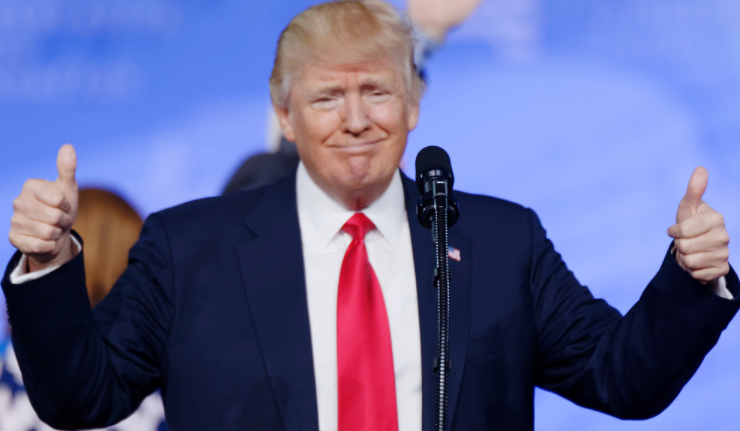 Although the irony is certainly felt, Guterres’ speech – more than anything – seems to highlight that, although the United States may now be lagging behind the rest of the world, the fight against climate change continues with strength and passion. And to Donald Trump – in the words of the UN Secretary General – “the sustainability train has left the station. Get on board or get left behind.”