There was a shooting at 5am in Washington Square Park

UPDATE: the gunshot was self-inflicted

There was a shooting at approximately 5 a.m. Friday morning in the south west corner of Washington Square Park. One person was injured.

NYU Public Safety sent out an student safety alert several hours later, stating that the victim of the shooting (not an NYU student) had been hospitalized. The details as to the extent of his injuries have not been released, and the NYPD confirmed that the shooter had fled the scene of the crime.

A police investigation is underway, but as of yet, the suspect has not been apprehended. Today, June 2nd, also happens to be National Gun Violence Awareness Day.

See the full email below, we will add updates as they come in. 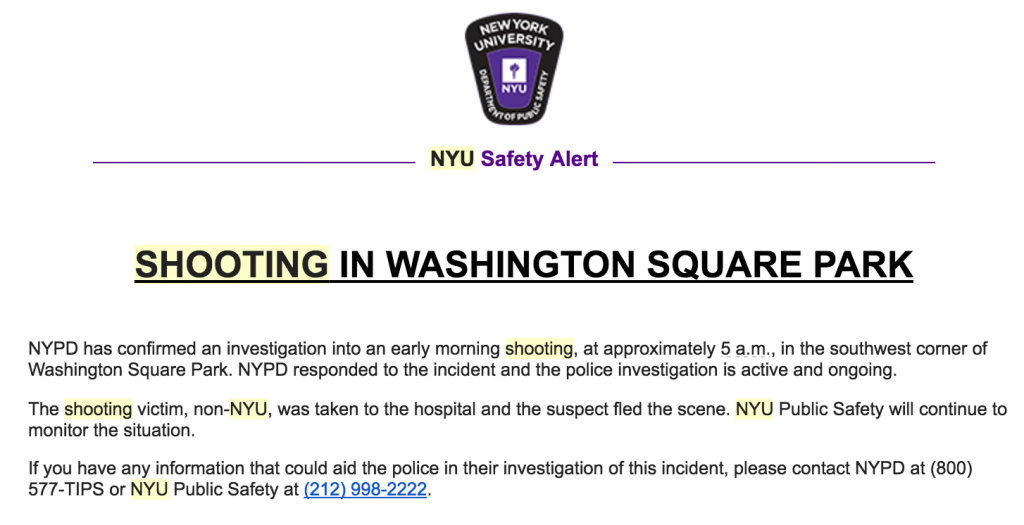 UPDATE 12 PM: NYPD says that the gunshot wound to the victim’s leg was self-inflicted, making victim and shooter one and the same. The man is in stable condition. A gun, believed to be the weapon, was discovered in a plastic bag at the scene.