In his latest bid for attention, Milo Yiannopoulos says ‘Islam is AIDS’

We met the provocateur for lunch in New York

Cast your eyes back to February, when Donald Trump was just weeks into his presidency, La La Land was in cinemas,and Milo Yiannopoulos was crashing and burning in a pedophilia scandal.

The right wing provocateur and former Breitbart editor’s career careened off a cliff when comments surfaced that his critics said legitimized pedophilia (“I do not support pedophilia. Period,” Milo said after). He lost his job, his book deal and a speech at a Republican conference – a spectacular fall from grace.

But after all that, he’s back. After hosting a “Cinco de Milo” party in Miami to announce his comeback tour, Milo returned to New York on Thursday to protest Muslim activist Linda Sarsour, who’s speaking at CUNY’s commencement next week.

Joining a roster of delightful speakers like Pamela Gellar (“They say no pussy grabbing, how about no clit cutting?”) and Lauri Regan (“We must rise up and kill those who kill us”), Milo addressed an adoring crowd of MAGA-hat die-hards and camo-clad 4channers to denounce the evils of Islam. And then he stopped for lunch at an upscale Italian restaurant in downtown Manhattan. 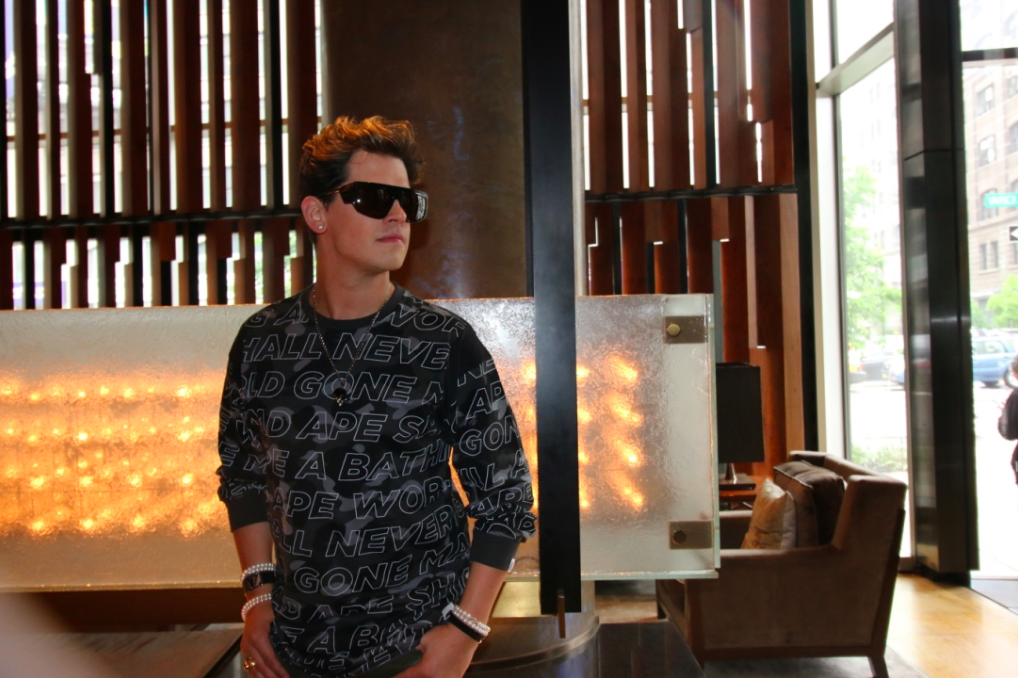 First we meet at Trump SoHo (“It’s more discreet than the one uptown,” he explains). He comes out carrying a stuffed lion animal, wearing skinny jeans and pearl bracelets. He offers me a Trump-emblazoned umbrella for the walk to the pizzeria, and warns me not to carry it around NYU.

We walk to the restaurant with an entourage of no fewer than eight. The hostess and some of the diners double-take as we walk through to the back. His acolytes are an intriguing mix – all men, mostly young, some middle-aged. One guy, clad in an all-white hoodie and pants ensemble, looks like he’s just walked out of Supreme. Another looks like he’d be better placed vibing to electro on a rooftop in Bushwick.

Milo orders a bottle of sparkling water, and he launches into a tirade against Islam, picking up where his speech left off.

“You can be a tranny, you can be black, you can be gay, you can be whatever, but the most ‘oppressed minority’ seems to be Muslims,” he says. “Why? Because they hate the West just as much as social justice warriors do. Everywhere Islam exists, you see the extermination of homosexuals and the oppression of women. These aren’t terrorists or extremists, this isn’t ISIS, this is mainstream Muslim society.”

Islamophobia, he claims, is justified – and he’s fine with discrimination against Muslims. “If there is [discrimination], I’m comfortable with it. Islam, like any other system of ideas, deserves to be scrutinized. People mock and ridicule the Catholic church on a regular basis, but nobody dares to do it to Islam. Why? Because they’ll fucking blow us up, because they’ll kill us.”

He sees himself at risk, a target of extremist violence. “I’m not afraid of them, I don’t care,” he explains. “If they want to come for me, they can come for me. It makes my life expensive, I spend like $750,000 a year on private security… In its most moderate form, Islam is still grotesquely ugly. Therefore, Islamophobia, being afraid of Muslims, where as a gay man, yeah, I fucking am afraid! And I have every reason to be.” 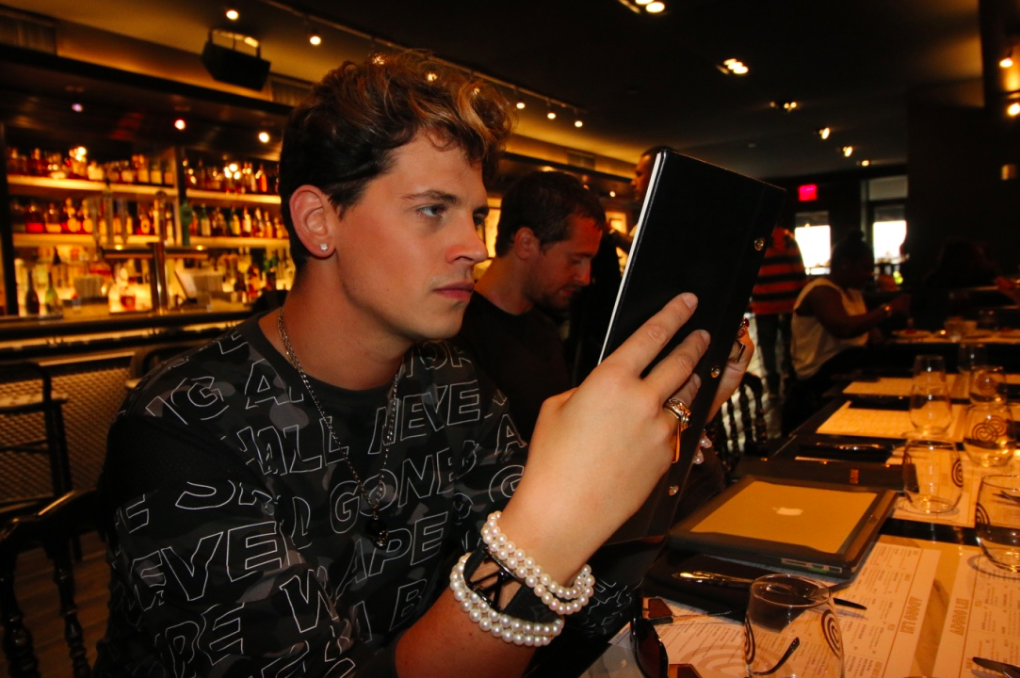 One of Milo’s entourage has been listening to all this intently, nodding his head like a metronome. Milo hasn’t ordered yet – he jokingly complains he’s starving – but encourages his team to go ahead. He’s waiting till we’re finished to eat, and so dives back into Islam.

Like many on the right, he doesn’t abide by the mainstream definition of hate speech. Does that mean we shouldn’t be concerned about religiously-motivated crimes?

“It would be if they happened, but they don’t,” he says. “Muslims fly planes into buildings and blow up gays and children, what’s the worst they get? Hijab pulling, some Islamophobic comments in the street? Give me a fucking break. Who cares? Who cares about words in the street when people are dying? I don’t give a shit.”

Milo’s on a roll now. He continues, based on his view of the religion, that wearing hijab is “advocating for tyranny.”

“I think personally that there is something uniquely different about Islam that qualifies it for political exclusion from the First Amendment,” he adds.

He’s not done. One of his favorite catchphrases is “feminism is cancer,” so I ask how he describes Islam on that scale. It’s hard not be stunned by his answer.

“Oh it’s way worse than cancer, it’s AIDS,” he laughs – he must be joking. “It’s AIDS, there’s no cure for it… I’m kidding, don’t write that. Until they have an enlightenment, there’s no saving them, and that’s why it’s worse than feminism. Women can be persuaded out of feminism, but Islam is a religion for sociopaths and there’s nothing much you can do about it because it runs up so hard against the rest of the modern world.”

He bangs his hands together in emphasis, rattling his pearls. “That’s the big question for the next 50 years; is the Middle East going to go to war with everyone or reform itself. Nobody knows.”

I have a feeling he could keep going on like this forever, but our time’s running out. He calls himself a “unique cultural artifact,” but acknowledges how he can “lay it on really thick” when it comes to making a point. That’s one thing we can agree on.

I get up to say goodbye – Milo and his team still haven’t eaten – and he takes down my number. He gives me a hug and his team waves goodbye. I leave the Trump umbrella at the table.