Rallies and gatherings are occurring all day in WSP

In an event organized by NYU Sanctuary, students and professors from across NYU walked out of classes today in protest to President Hamilton’s inaction in declaring NYU a sanctuary campus for undocumented students and those at risk for deportation out of the United States.

Students, New Yorkers and advocates from NYU Sanctuary gathered alongside many immigrant and workers alliances in Washington Square Park today – May Day – a day that has historically been a day of resistance and protest. Students walked out of classes at 1:30pm and gathered for a rally in the park, led by students and faculty of NYU Sanctuary.

As well as the speakers, the crowd was led in a series of chants, such as “Tear down the walls, injustice for some is injustice for all” and “Up, up with education…down, down with deportation.” 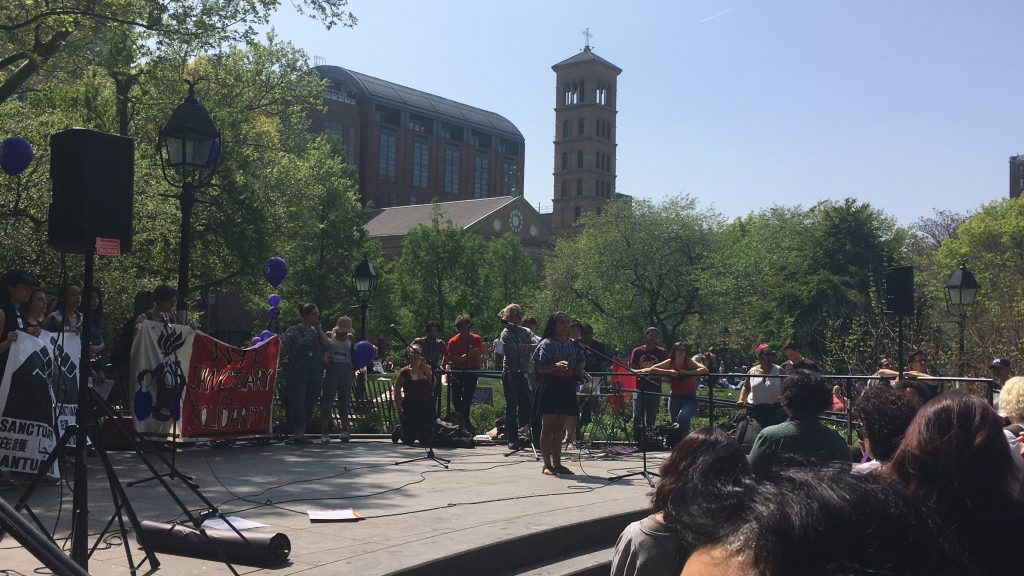 A NYU student speaks to the crowd

Students in the crowd may have come from different backgrounds but there appeared to be a shared sentiment as to why they had decided to walk out of classes and attend the rally today. Kelsea Suarez, a junior at NYU, told The Tab NYU that “Andrew Hamilton needs to declare NYU a sanctuary campus…I realize there might be controversy surrounding it but in terms of human rights, there is no controversy.”

Kiran Bhimani, also a junior student at NYU, echoed a similar desire. “When I first joined NYU, I thought it was a place that celebrated diversity and inclusion and wanted people of all cultures and backgrounds to be welcomed and feel included in this school. I still believe that but I believe the policies of NYU have not changed according to time and NYU needs to declare itself a sanctuary campus. And as a daughter of two Muslim immigrants, I feel like that is personally very important to me which is why I walked out.” 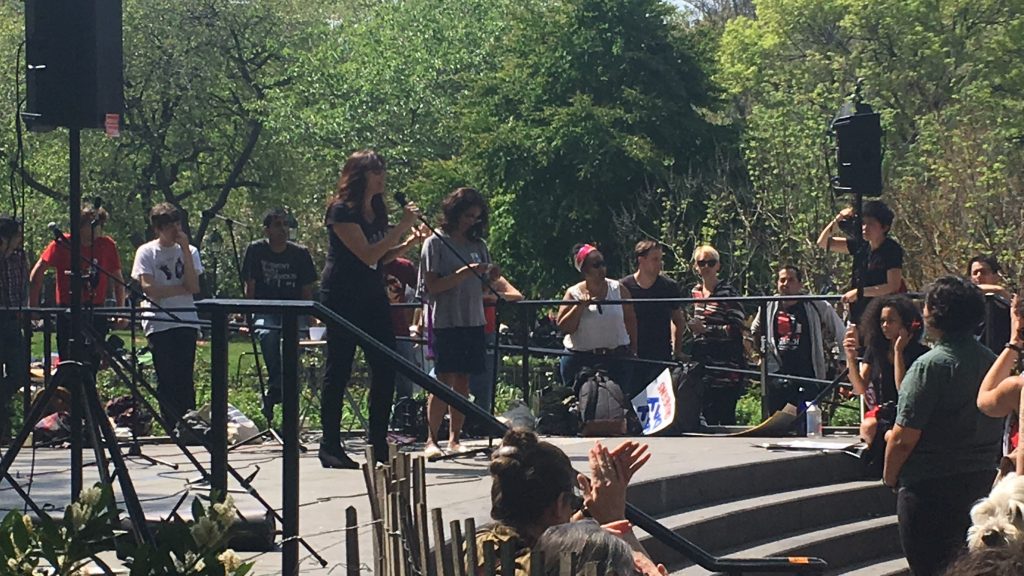 Professor Beltrán speaks to the crowd

Professor Beltrán, a professor in the Department of Social and Cultural Analysis in CAS, was one of the faculty members who spoke at the rally, highlighting the importance of NYU Sanctuary and calling on the NYU administration to make NYU “be what it is capable of being.”

“If we believe in facts we traffic in facts. If we believe in free speech, we speak freely. This is about living in a work that we want to create together…NYU Sanctuary is about asking spaces of affluence and resources to use those in these unbelievable times to create a just world, creating justice where you live. We can’t change everything everywhere but we can change what NYU does today.”