‘This is a challenging moment but a moment ripe with possibility’

In a return to his alma-mater, Mayor De Blasio spoke to students on campus last night, delivering a keynote address in a event centered around youth and civic engagement in New York City. The event – organized by the NYU College Democrats, the College Democrats of New York and several other youth Democratic groups from across the state – included the keynote address by the Mayor, followed by a panel of professionals from local government organizations, as well as the Mayor’s office. 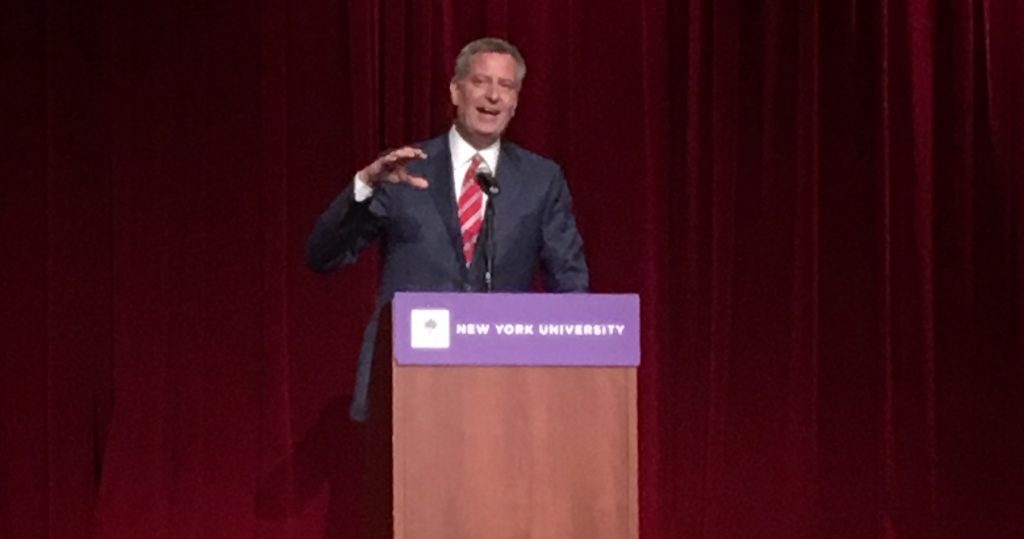 Mayor De Blasio reflected on his time at NYU and his life as a student activist, particularly how rules have changed – in a beneficial way – regarding activism on campus (certainly in his time, you would not have had students occupying the elevators of Bobst for hours on end). 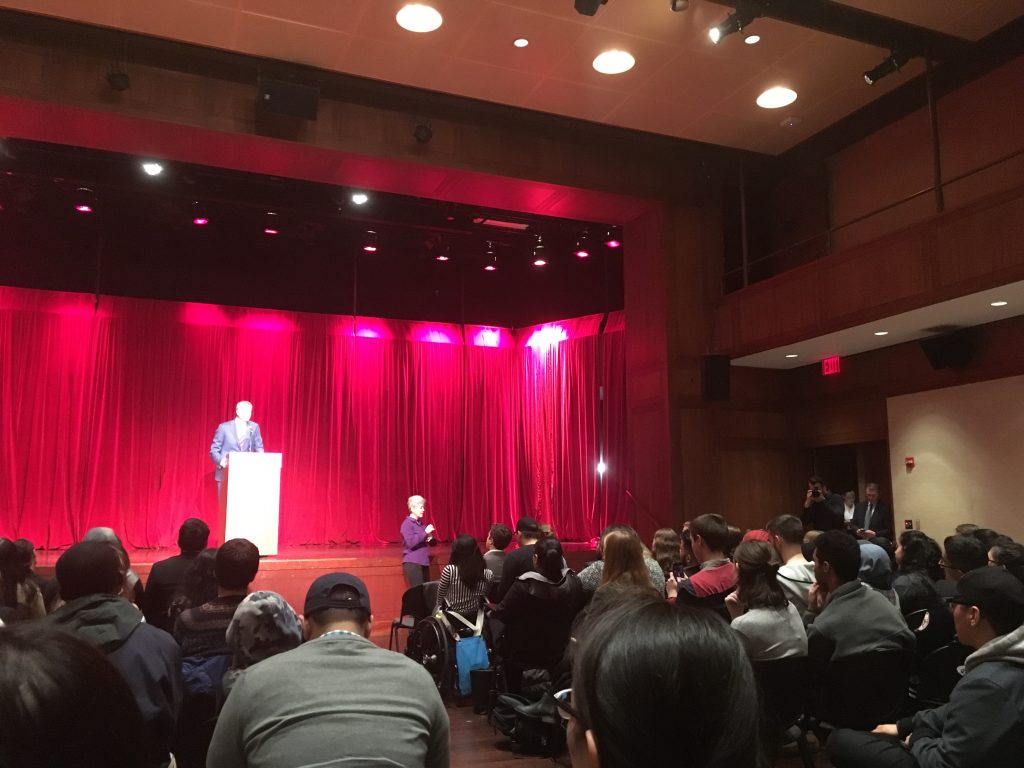 The Mayor – who is facing re-election in November – also reflected on his work and the current political moment, one that he proclaimed as a “definitional moment in American history” regardless of your political leanings or opinions. With this definitional moment in mind, he called on the audience – as members of a generation that he highlighted as more energized and driven then certain generations before – to “try and find the common ground that is available” in this moment.

By doing this, as well as voting and registering others to vote (particularly for the upcoming mayoral election), he claimed we can tackle the problems that have been left for us, problems that we have not created but nonetheless are our responsibility to solve.

Unsurprisingly, the event took much meticulous planning and coordination to bring to fruition and marks the culmination of months of work on the part of students in these co-sponsoring organizations. Ryan Trumbauer, the Treasurer for the NYU College Democrats who has been working directly in organizing the event, was personally very satisfied with how the event turned out:

“We had a high turnout, there was energy in the room, I loved the questions posed to the panelists. Bill’s message was exactly what we thought it was going to be which is espousing progressive values, not just for New York City students but for the greater New York City. Eden [the Youth Liaison for the Mayor’s office] came to a meeting to network with us at the very beginning of the semester…and it has been an ongoing conversations since then. So it’s been a long time coming and there have been a lot of factors that have come into it so to see it actually come together not only warms my heart, but it is also really satisfying and rewarding.”