BREAKING: Lena Dunham to teach class on intersectional feminism at Gallatin this fall

Lena Dunham is joining NYU to teach a Gallatin class on intersectional feminism in Fall 2017, titled “Intersectional Feminism: The Complexities of Having a Vagina in the Trump Era.” President Andrew Hamilton confirmed her appointment in an email to NYU faculty, leaked to The Tab. 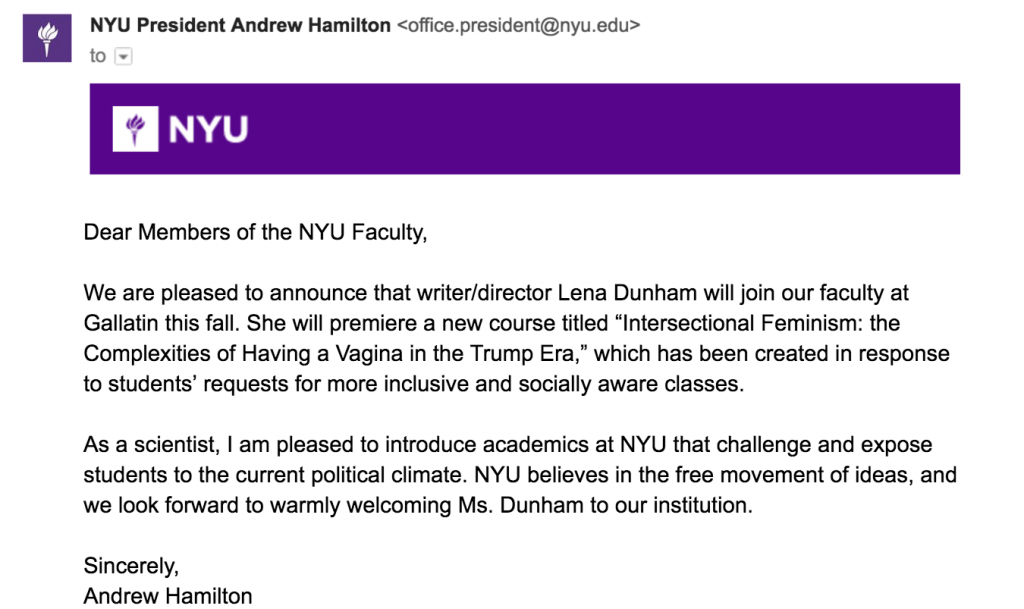 Dunham also tweeted this morning, sharing her excitement about the course. 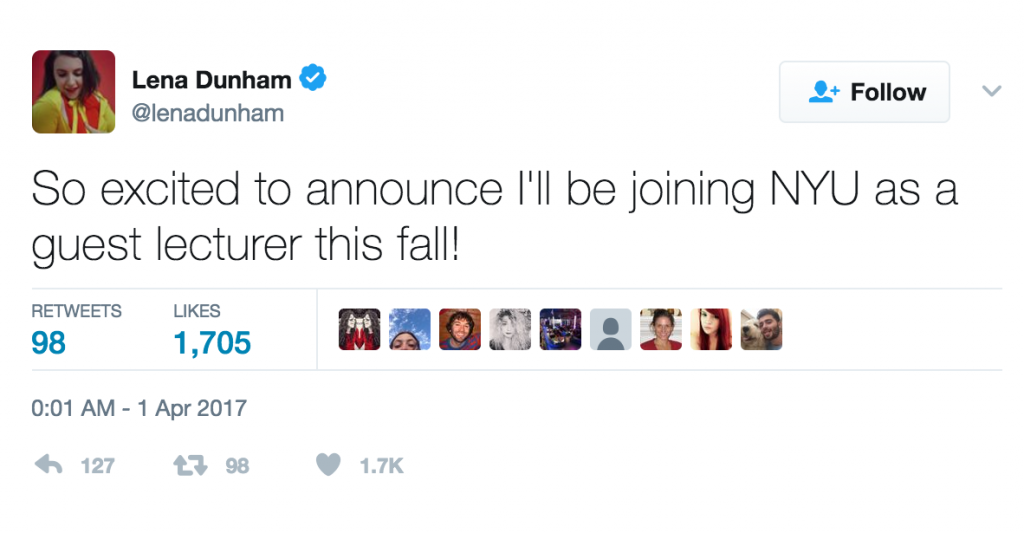 Dunham, who grew up in Brooklyn and briefly attended The New School, is most known for her TV show Girls which focuses on the lives of four white 20-some girls living in New York, and their day-to-day adulting struggles. 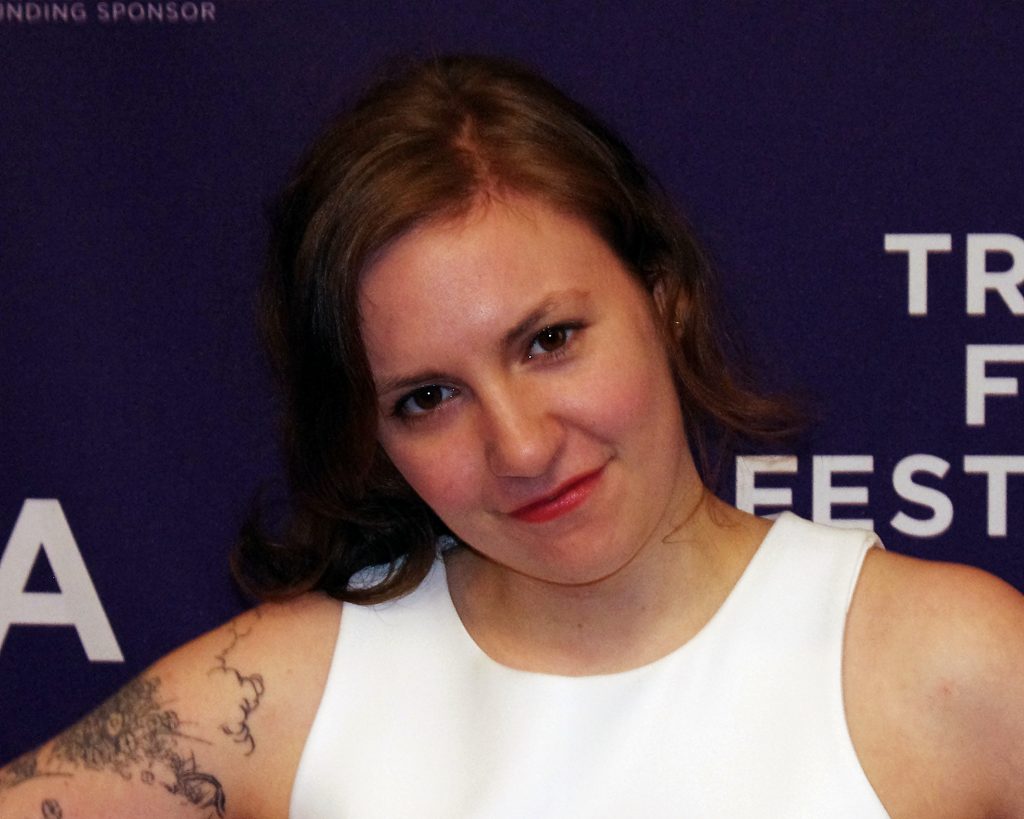 Broma said she plans to start a petition to swap Dunham with Solange Knowles.