‘Existing frameworks will crumble, and it’s up to you to decide what come’s next’

The stories and experiences of women of color were the focus at a panel held by Fusion Film Festival on Saturday at NYU’s Tisch building. The event was led by HBO’s Head of Talent Development, Kelly Edwards, and featured five female filmmakers/directors in a Q&A style discussion regarding their work and experience in the film industry. 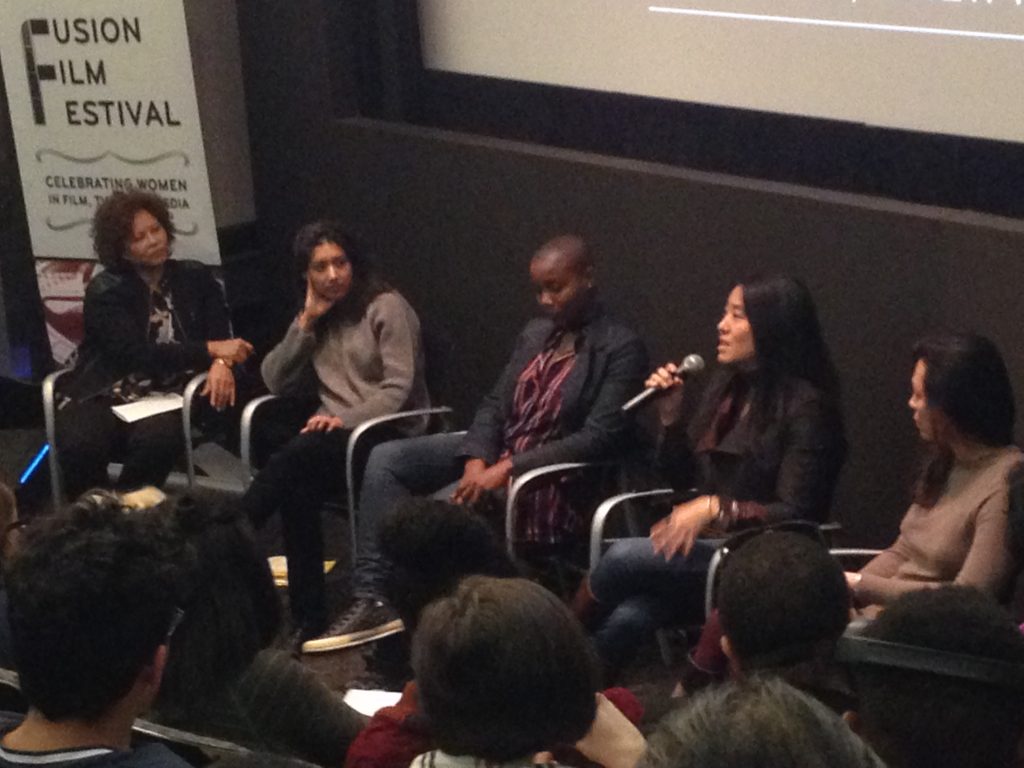 Sonejuhai Sinha visited Tisch while studying at College of William and Mary, and worked in post-production film for several years before creating a narrative short titled “Love Comes Later,” which premiered at Cannes and went on to win awards at multiple film festivals. In her films, she searches for “characters that are new to me, that I haven’t seen in a certain light,” and works to make their stories universal.

Ja’Tovia Gary‘s work has been screened everywhere from international film festivals to museums, such as The Whitney and MoMa PS1. Originally from Texas and currently in the Bronx, she is working on an autobiographical film featuring her family, to be titled “The Evil of Things Not Seen.” Gary’s work delves into the lives of black women and queer folks.

On her experience as a black queer woman in Trump’s America, Gary said “I don’t see objectivity as reality, I see subjectivity as my reality.” That personal outlook, she added, “it’s so specific, it becomes intensely universal. Everyone has heartbreak. I like blurring the lines between fiction and nonfiction.” She creates works that are overtly political, and said that by focusing on women and “the lived experiences of the most vulnerable people in society, then we’re cooking with grease.” 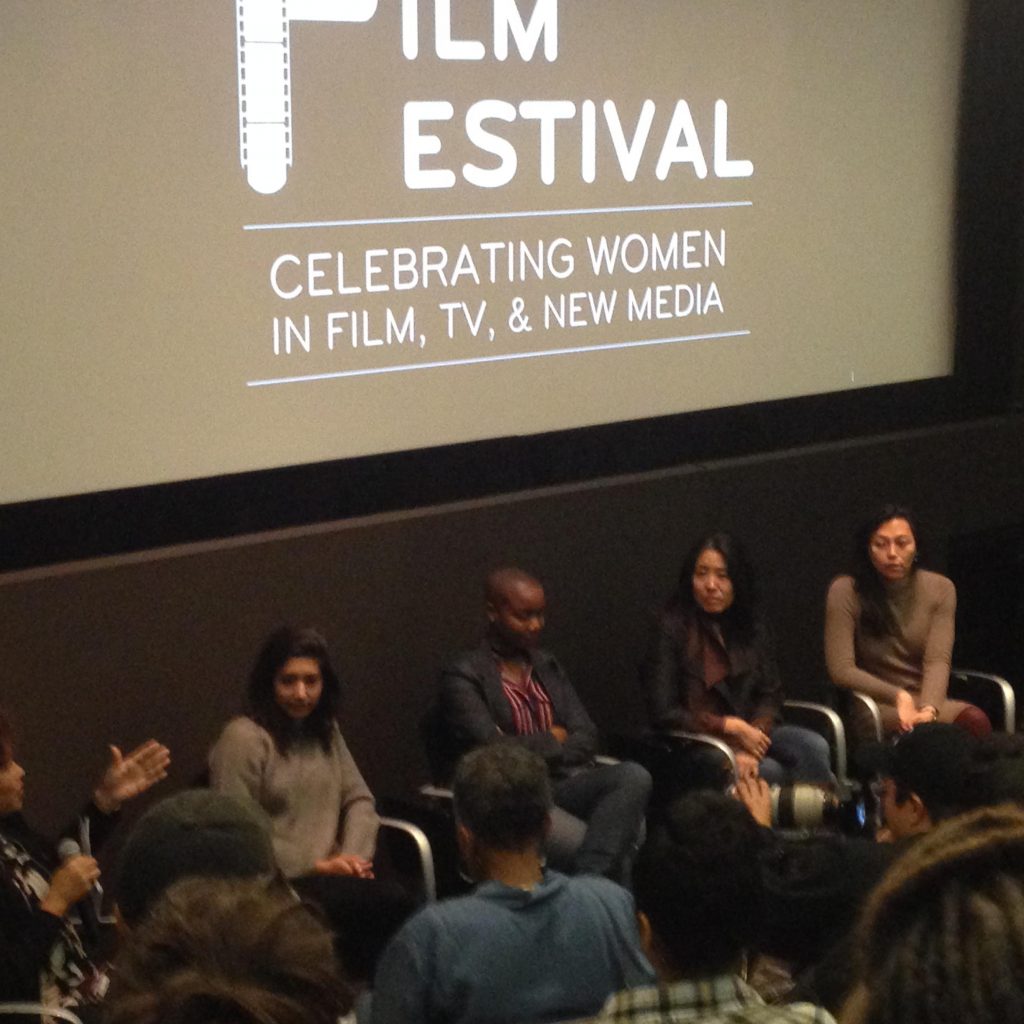 Bertha Bay-Sa Pan was born in New Jersey and raised in Taiwan, and began working in the film industry while still in high school. After two successful feature films, “Almost Perfect” and “Face,” Pan directed a concert documentary on Chinese pop star Leehom Wang which premiered at the 2016 Toronto Film Festival. She said her stories are very character driven, “I’m fascinated by loved but deeply flawed characters, and trying to run after them and capture them on screen.”

Isabel Sandoval is a transgender filmmaker who organized the Filipino Film Festival in New York after moving from the Philippines to the US, where she graduated from Stern. Her feature film “Señorita” won her an Emerging Director at the Asian-American International Film Festival in 2012, and she’s currently working on a film “Lengua Franca” focusing on the experience of a Filipino trans woman working in New York.

Speaking about the inspiration behind her films, Sandoval said “the recurring thing is that they’re about marginalized women, women on the fringe. My characters find themselves in morally challenging situations, forced to make personal decisions. But he world around them, the politics, the culture, inevitably inform those choices.” 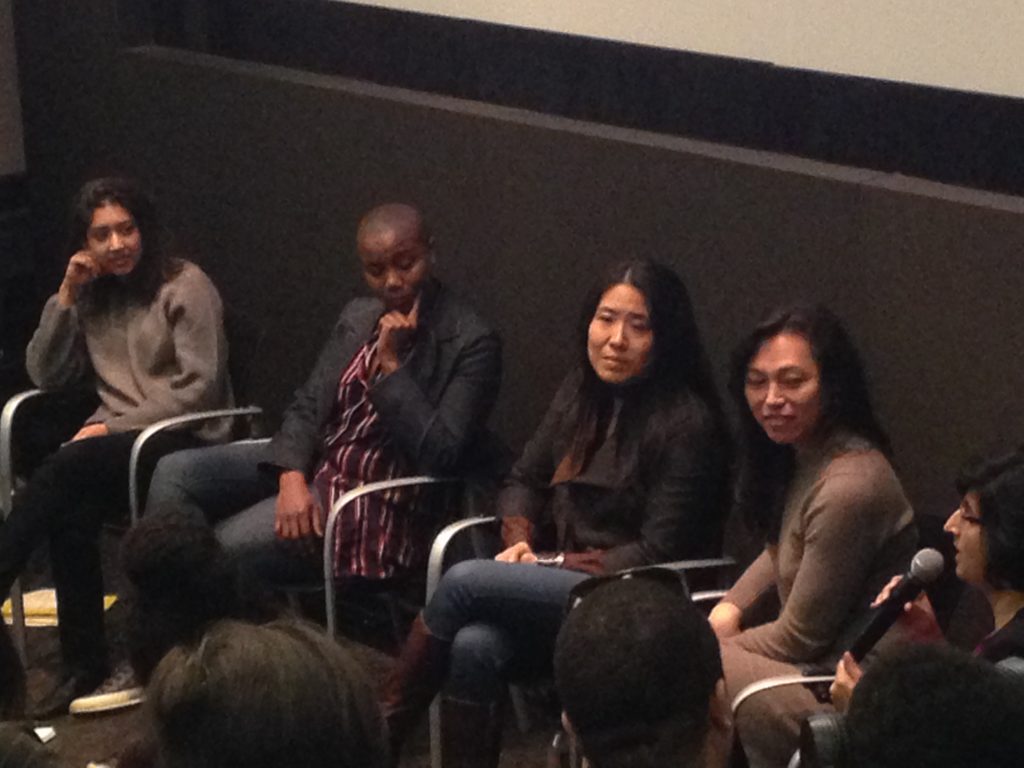 Afia Nathaniel is a Pakistani filmmaker who worked in ad development before finding her passion for narrative film. At the panel, she said “I learned how to tell a story in under 30 seconds, and perhaps how to change a perception.”

Her feature “DUKHTAR” played in over 20 countries and won numerous awards, including a Critics’ Pick in 2015. Her work focuses on the influence of tradition on women and their role in culture. She portrays characters that stay true to their real-world inspiration, including making “DUKHTAR” in Urdu rather than English. 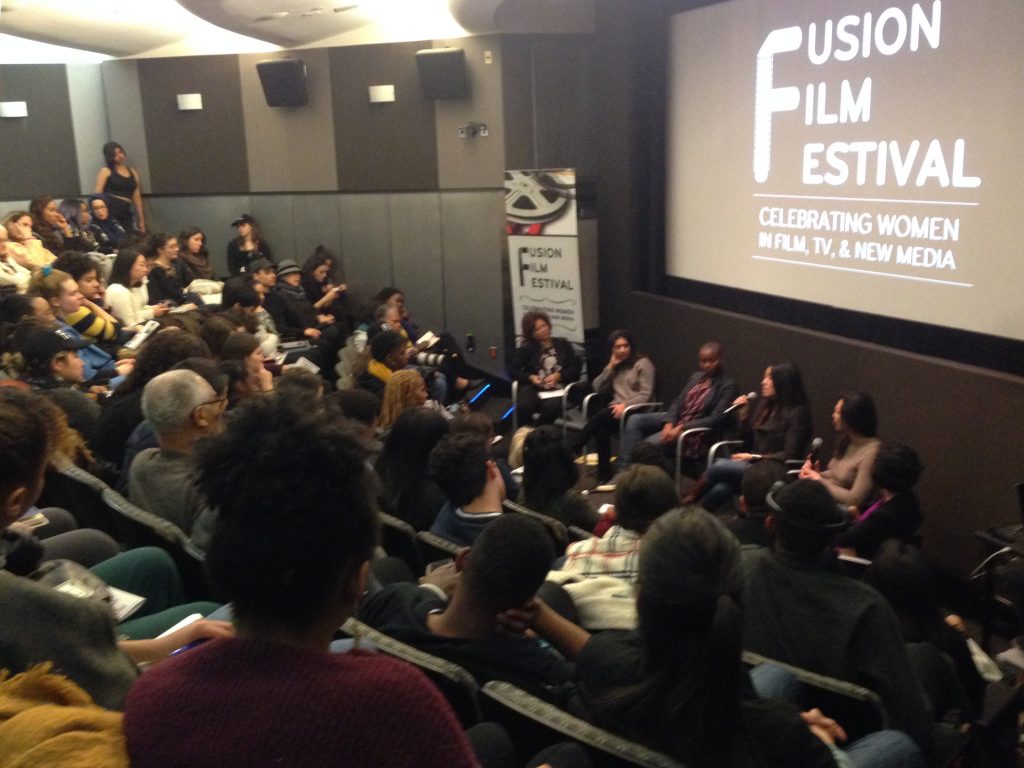 The filmmakers spoke about the financial challenges of funding their projects, which don’t fit into Hollywood’s mainstream movie genres. Each women emphasized the importance of being realistic, but also uncompromising in your creative vision. Sinha said, “Having a good producer is key, they’re the people who will safeguard the project. Tap into organizations of people who care about an issue in your film.” Sandoval added, “Package and pitch your project well, and you’ll attract substantial talent.

Bay-Sa Pan told film student attendees, “Good storytelling is good storytelling. It doesn’t matter if it’s done with $50k, $5 million, or $50 million. If you have a good story and characters, that will come through.” 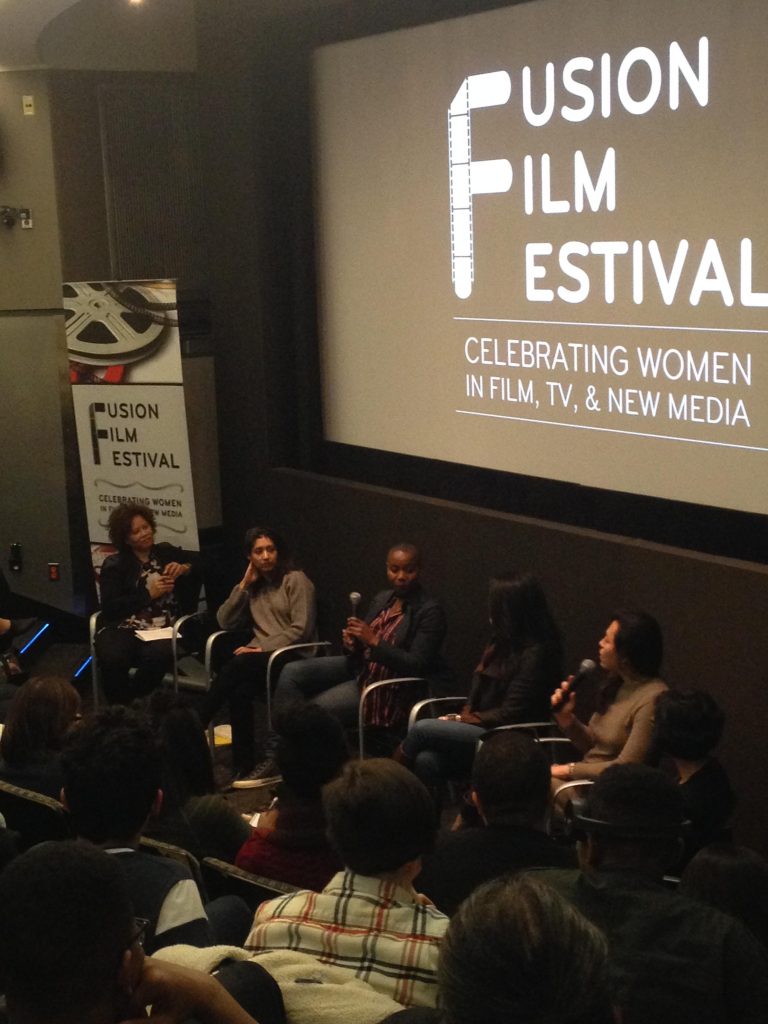 Gary concluded the panel by speaking about the challenges of staying true to yourself as an artist, in an industry that always pushing for commercial success. “Do the things you want and are passionate about before the industry, or the power structure, begins to shape you into a commodity. Existing frameworks will crumble, and it’s up to all of you to decide what comes next.”