‘We are unstoppable, another world is possible’ 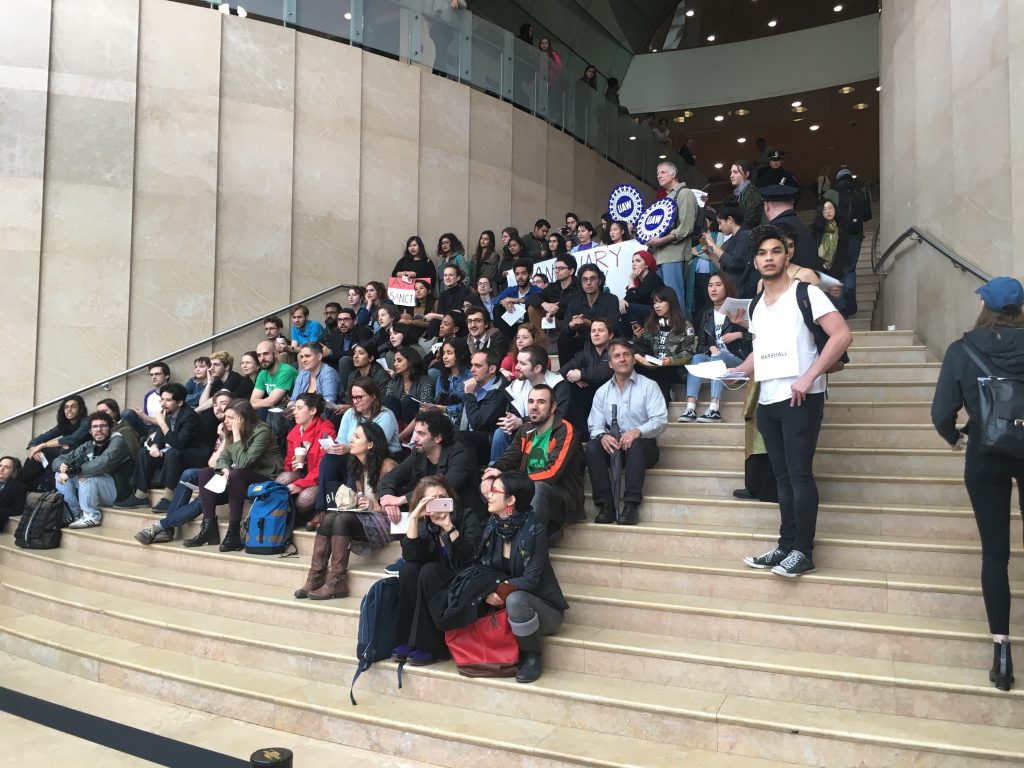 The crowd joined in chants throughout the rally, emphasizing the need for the Sanctuary campus and calling out President Hamilton for his lack of action on the issue. Students were heard chanting, “Whose campus? Our campus!” and “We are unstoppable, another world is possible,” and citing Hamilton specifically, chanting “Can you hear us Andy? We demand a sanctuary!” 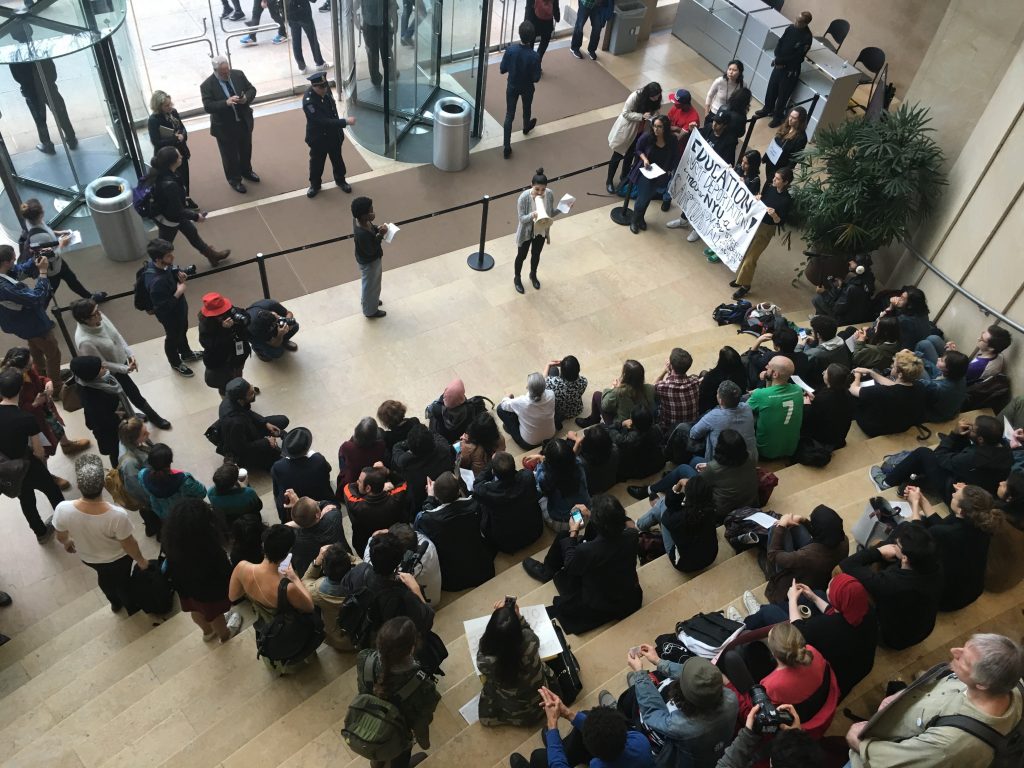 Additionally, students from organizations across campus gathered to stand in solidarity and speak to the crowd, including a Senator at Large on campus, who claimed that “if Andrew Hamilton and the Board of Trustees can’t do this for us, they are on the side of the oppressors.” She also reiterated the need to rally in support of those who are vulnerable on campus, “If there was every a time to stand up, it is now.” 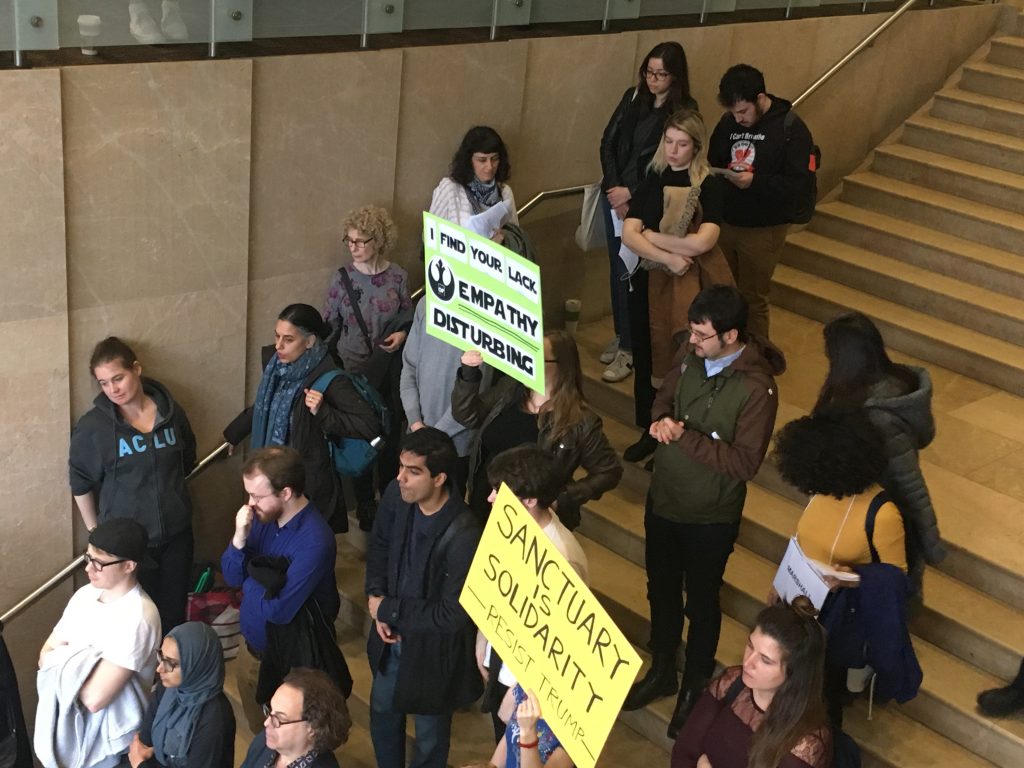 To watch live footage of the event, check out the Tab NYU’s livestream on Facebook.