Just in case you missed it

Week Two -by now, classes are in full swing and so is the Trump presidency, in all its civil-liberty crushing glory.

Jared Kusher – son-in-law to the President and former NYU student – received a heartfelt appeal from his NYU classmates this week (Kushner graduated from NYU Law in 2007) . Kushner’s classmates penned an appeal to Kushner – “the grandchild of Holocaust survivors” – calling on him to “exercise [his] power and [his] incredible access to ensure that members of other historically despised groups have an opportunity to enjoy some of the same privileges that have been extended to [him].”

NYU students gathered in Union Square on Monday alongside fellow New York City students to protest against President Trump’s executive order, to which many are referring as his “Muslim Ban”. Originally about 30 people were in attendance, but as the demonstration progressed, about 150 people left Union Square Park to march accompanied with signs and their chanting voices.

Salam Clothing gets some deserved recognition

Also in response to Trump’s Muslim ban, NYU student Ismail Ibrahim’s clothing line – Salam Clothing – sold out of its products this week. Ismail started the line during the election and donates 50% of the proceeds Islamic Relief USA’s Refugee Aid Program. 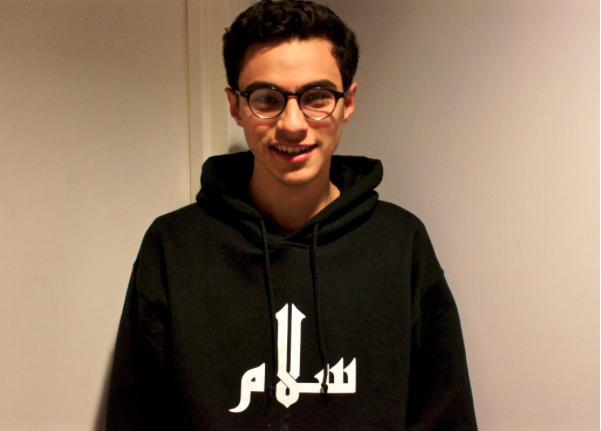 Violet 100 line up was announced

In slightly lighter news, the Program Board announced the line-up of events for this year’s Violet 100 Spirit Week, including dates for Violet Ball, UVL and the Violet 100 concert – which will be headlined by 21 Savage and the Internet. Tickets for the concert go on general sale on February 10th for $15 on the Violet 100 website. It’s NYU’s version of homecoming weekend so come on guys, time to #bleedviolet.

As reported by Washington Square News, the university announced this week that Ta-Nehisi Coates had signed a three-year contract with Arthur L. Carter Journalism Institute. Coates is currently a national correspondent at The Atlantic and is widely known and acclaimed for his work regarding race relations in the U.S and the Black Lives Matter movement. He will start at NYU fall semester of this year.

Gavin McInnes came to campus and protests broke out

And then there was the big one. Gavin McInnes came to campus and caused – what can only really be called – a riot. 11 people were arrested after protests and fights broke out over the invitation of the conservative comedian to the College Republicans’ weekly meeting.

NYU have since released a statement concerning an apparent ‘professor’ yelling at police as protestors were arrested, claiming that this woman was in fact not a professor and implored for an end to the harassment directed at several female professors at the university, who have been misidentified by websites as the woman in the video.

NYU alumni and Grammy-nominated artist Lady Gaga will be performing at the Super Bowl. So if you’re not really interested in the actual football game, you can watch it simply to feel that #violetpride.