Salam “سلام” is Arabic for peace

At only 19, Ismail Ibrahim has already started his own clothing line. He’s a sophomore at NYU studying Politics, Rights, Development and Journalism, and considers his hometown to be a combination of Alexandria, Chicago, and Abu Dhabi.

Ibrahim created Salam Clothing during the impending election of Donald Trump, and donates 50% of proceeds to Islamic Relief USA‘s Refugee Aide program. Since the President’s ban on immigration from seven Muslim countries last week, all three pieces have sold out online. 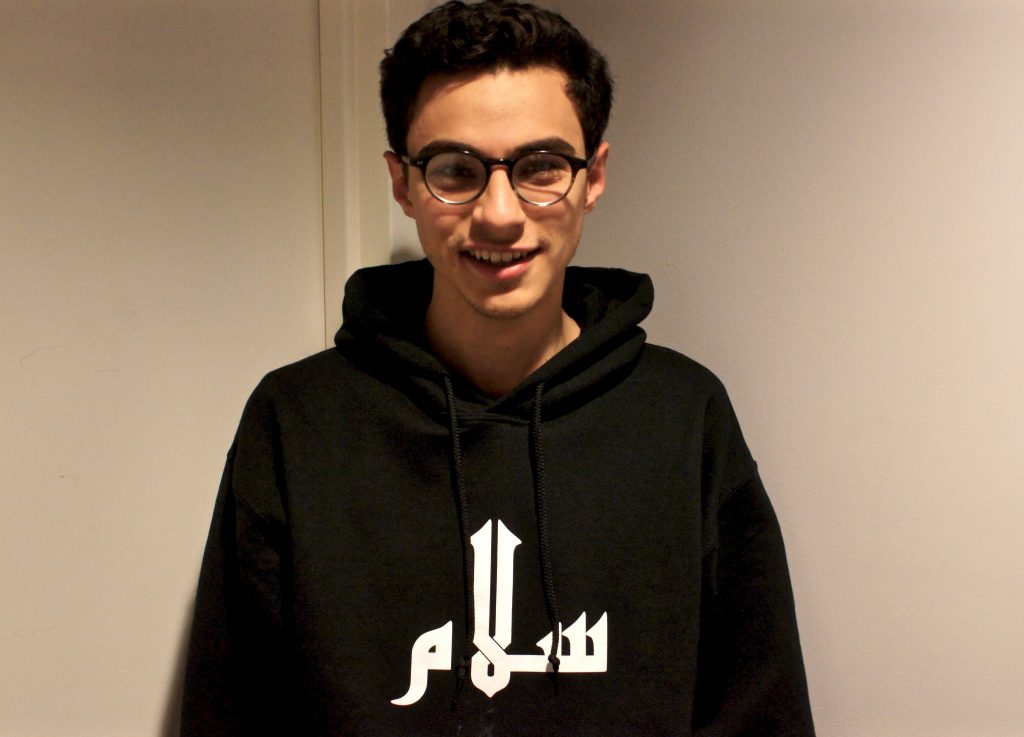 Tell me about how Salam Clothing began.

It actually started in Villa Borghese in Rome, I was looking at a bunch of Bernini sculptures, and I thought how cool it was that someone created this. I really like clothing, and I’ve always followed streetwear, so I thought it would be cool to combine Renaissance Art with streetwear.

It was always in the back of my head, and I never did anything with it. But when it looked like Trump was going to win, I made a sweatshirt for myself that said Salam on it, and a sticker to put on my skateboard. And people kept asking me, where did you get that, and I told them that I made it. I made like 20 sweatshirts and sold them to friends who had asked.

Once the election happened, and inauguration day came around, I thought I should increase my volume and sell on a website. So that was all in the works, and then the day the ban came through also happened to be the day my website went up. And I sold out of stock in 20 hours that day, which was shocking to me.

Do you design and manufacture the clothes garments here?

Yeah, they’re printed in the Garment District. Getting them printed wasn’t that hard, there are lots of place in and around New York where that’s all they do. So I’d recommend if anyone wants to start up just go on Google or Yelp, you’ll find a bunch of places. The biggest challenge honestly was just carrying them back on the subway. An Uber would have been extra overhead. 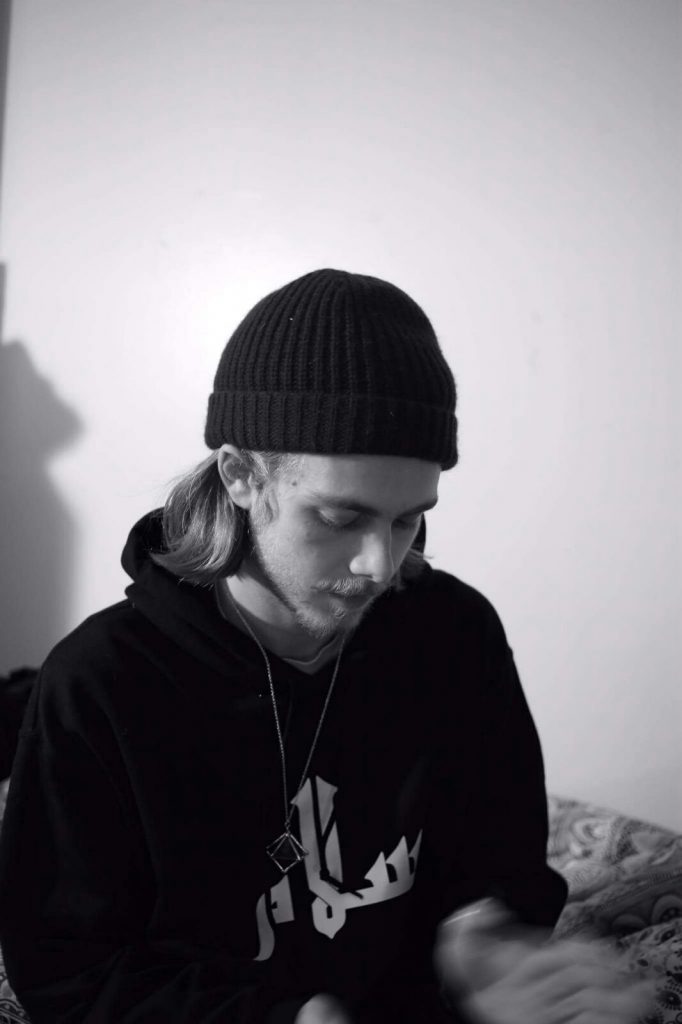 Why did you decide on sweatshirts?

I made the hoodie for myself originally because I wanted it to be something I could wear everyday, and people were into them so I stuck with it. I really only had the money to do three items of apparel, so it’s the black hoodie, white hoodie, and white crewneck.

The Hand of Fatima crewneck, what’s the symbolism behind that image?

The Hand of Fatima and the Evil Eye are very important symbols in the Arabic world, people hang them on doors or wear them as necklaces. There’s this concept of hasad in Arabic-speaking countries, which means if someone is envious of a thing you have, something will happen to that thing. As in if someone is jealous of your car, you’ll get a flat tire or a scratch. So the Hand of Fatima protects against that envy, and inscribed inside of it on the sweatshirt design there’s a geometric pattern, which comes from the roof of the tomb of Hafez.

What inspired you to partner with the Islamic Relief USA Refugee Aide program?

I knew from the beginning I wanted to donate, but I wasn’t sure in which capacity I could. The Syrian refugee crisis hits really close for me, especially after Aleppo falling and people doing absolutely nothing.

You know, there were so many stories where it seemed that people were going to start care, and they would fizzle out within a week. The picture of the shell-shocked boy, or the little boy face down on the beach, I always thought that was going to be the start of international involvement, but then it would fade out of public memory.

I wanted to contribute in a tangible way, so I did a lot of research on different organizations. Islamic Relief USA donates 86% of donations directly to the cause and only 14% percent for overhead, which by charity standards is crazy. I donate specifically to their program for refugee camps in Jordan and Lebanon. 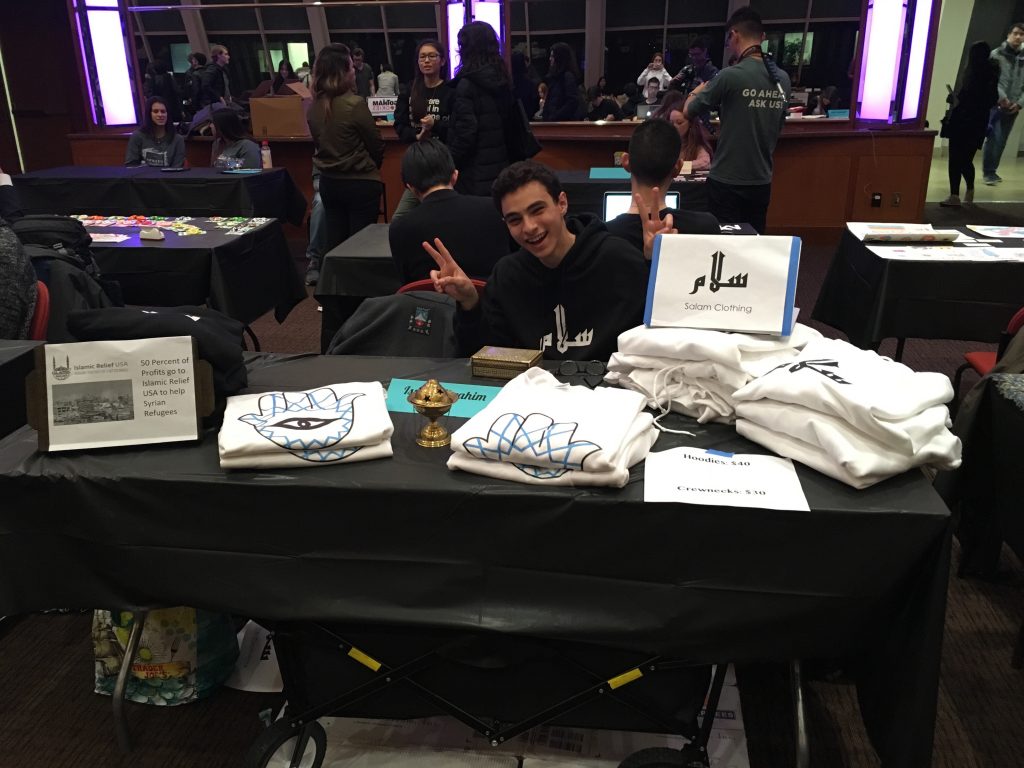 So the website went up the day of the ban, and everything sold out. But Trump’s been around for a while, and the Refugee crisis has been going on for years. Why do you think now people are wanting to get involved?

I think because it’s now happening to Muslim-Americans, it’s here at home. It’s not distant anymore. Because if you’re just interacting with something through the news, you feel empathy but it’s hard to comprehend the whole situation. But let’s say your philosophy professor is Iranian-American, that would make you realize wow that’s a person I know, and she might not be able to come back here.

So I think the ban bridges the distance between the audience, and the crisis.

Are you personally affected by the ban?

Not as of yet. Egypt is not one of the countries listed, so thankfully my family and myself are still okay. I say still because it’s unclear where the ban is going, some people have said more countries are going to be added. But for now we’re in the clear. 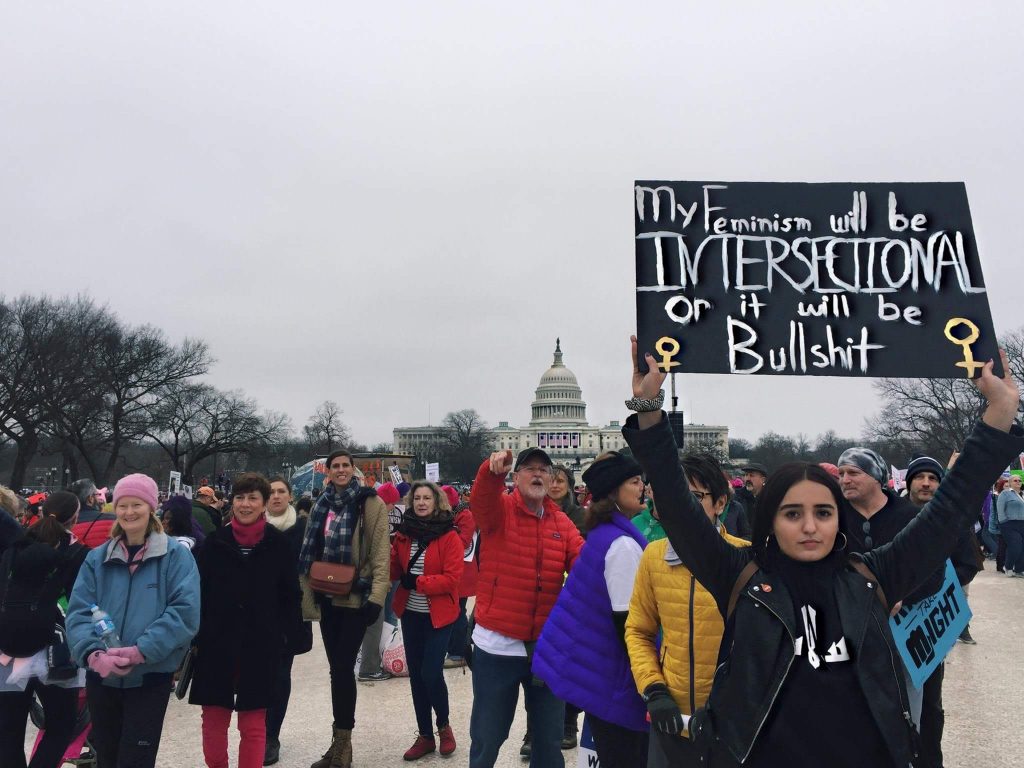 Do you plan to expand the line?

I’m definitely planning to expand the line, and get other designers on board as well, mostly Arab friends from my travels who have reached out to me and want to join. Hopefully I’m going to be launching long sleeve shirts and T-shirts.

What message do you want the collection to send? Salam is peace, but what does it mean to wear a Salam hoodie?

When you personally connect to something that you find beautiful, and it’s created by a group that’s been marginalized, it tears down that barrier. That’s part of it, to have something out there that’s created by Arabs and Muslims, that’s beautiful and cool and you can engage with it daily, but also has a message. Salam is the word for peace but it’s also our greating, as-salaam-alaikum which means “peace be upon you.”

I’m trying to fight the narrative that Arabs are anything but peaceful, because that’s all you see. In the news, it’s not telling the story of the Arab guy who is walking down the street or just got a job, it’s telling about the one that shot people up. Or every Hollywood movie, the villain is some kind of turban-wearing super demon.

I was sick of the narrative and wasn’t going to wait for it to change. I want to write it myself, in whatever small way I can.