They showed off stacks of cash and gave out T-shirts

Migos led a class today at the Iris B. & Gerald Cantor Film Center, discussing their impact on fashion, music, and pop culture. Their album CULTURE dropped only yesterday, following the success of their record “Bad and Boujee,” which received a shout out from NYU alum Donald Glover (a.k.a. Childish Gambino) during his Golden Globes acceptance speech, and landed the trio a performance on Jimmy Kimmel. 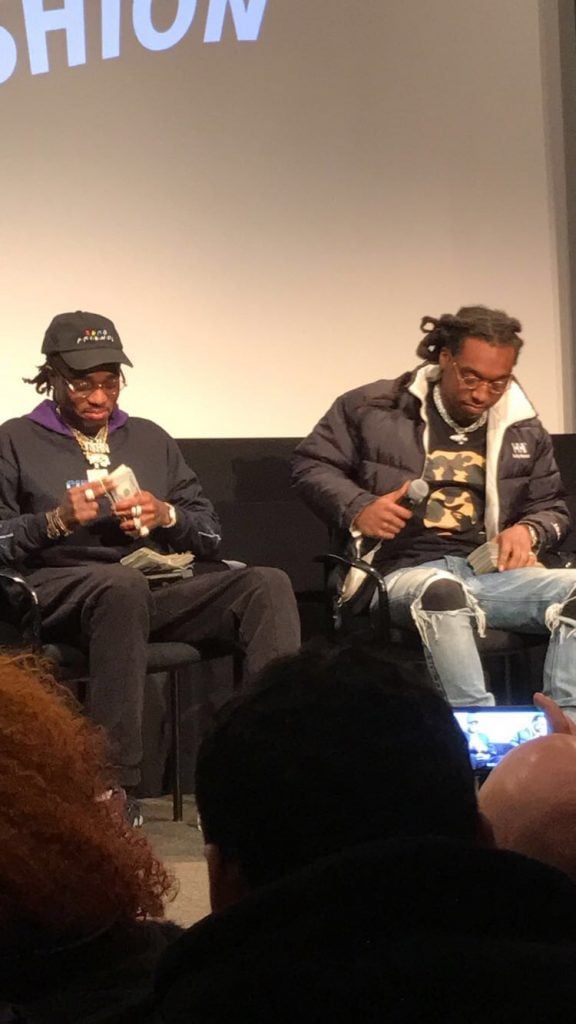 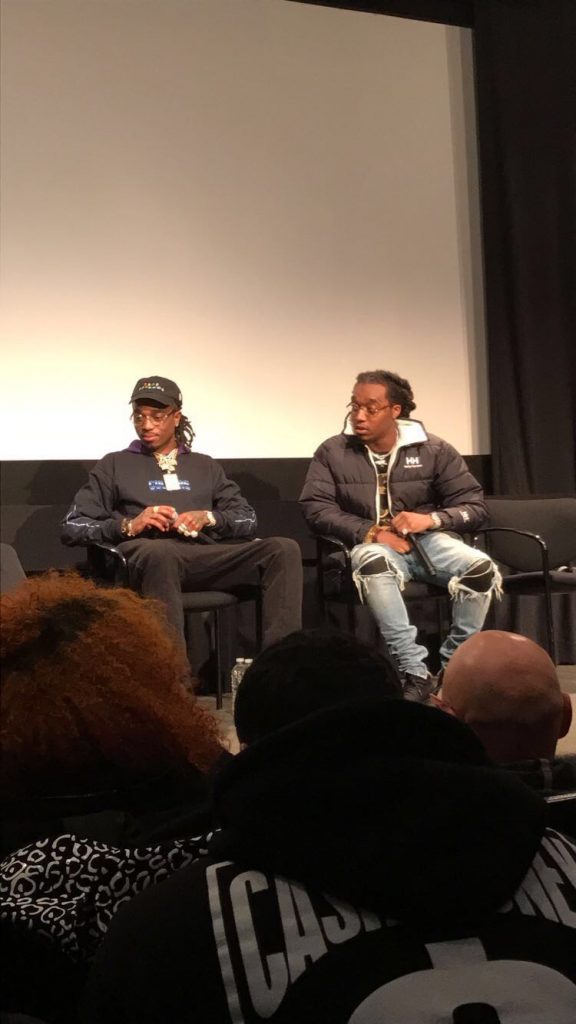 Photos and videos by Varun Chopra

Guest speakers included Julie Ann Quay, the founder of Vfiles, Dan Charnas, the author of The Big Payback, and Naomi Zeichner, the Editor in Chief of FADER Magazine.

The talk was formatted as more of a Q&A than a lecture, and attendees received notebooks and T-shirts.