In the short time that human cheeto Donald Trump has been President, protests and rallies have broken out across the country, and tonight one is coming right to our doorstep at NYU.

Hosted by CAIR-New York, the “Emergency Rally for Muslim and Immigrant Rights” will take place from 5pm-8pm in Washington Square Park. The rally comes in the aftermath of reports that Donald Trump will sign an executive order limiting immigration and the flow of refugees from majority Muslim countries. 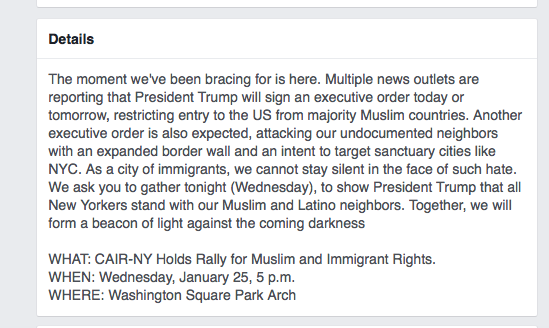 Currently, over 2,000 claim to be attending the event on Facebook, so if you do come out, expect there to be quite the crowd.