These real-world women are your new feminist icons

Being called a “feminist icon” seems to require less and less. The term is rapidly losing it’s meaning, as pop media totes around Lena Dunham and Amy Schumer as feminist beacons of bravery and cutting-edge individuality, alongside other celebrities who use little more than tired comebacks and retweets of Susan B. Anthony quotes to “lead” the feminist movement.

Sure, it takes self-confidence to flaunt your cellulite on a national magazine. And yes, celebrities such as Angelina Jolie and Emma Watson have been incredibly advocates for women’s and humanitarian issues worldwide.

But at the same time, it’s not the hardest thing in the world to walk around LA or New York shouting broad statements like “women deserve equal pay” and “misogyny is bad” that literally everyone already agrees with. It’s not revolutionary, nor deserving of anything other than, “Good job for being normal, non-sexist person.”

It’s 2017. We need to dig deeper. The title of role model needs to be won by more than a refusal to walk your manicure down a miniature red carpet at the Golden Globes, or hashtagging #iamafeminist on your #nomakeup selfie. It’s time to stop depending on celebrities as our feminist icons, and start looking up to real-world women who were and are intelligent, undaunted, and truly trailblazing. 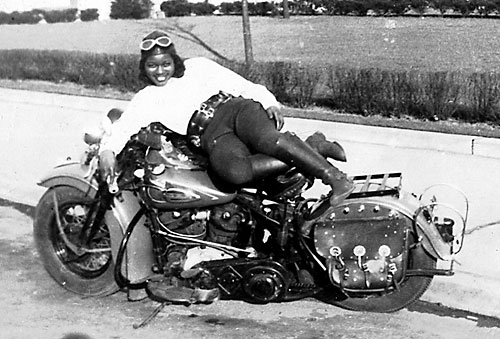 Bessie grew up in Boston, after moving from Jamaica with her parents who died when she was five. In 1930, at the age of 19, she began her first solo cross-country motorcycle ride, on dirt roads through a Jim-Crow America. She often slept on her bike at gas stations, as many motels refused to serve her for being black. Once after winning a flat track race in male disguise, she was denied the prize money when officials realized she was a woman.

Despite the deep racism and sexism she faced, Bessie was unhindered and free-spirited, planning her travels by tossing a penny onto a map and following its trail. Throughout six marriages and 27 Harleys, she never lost her passion for being “happy on two wheels.”

Reshma Quereshi is a 19-year-old Indian model and women’s rights activist. In 2014, she survived a sulfuric acid attack by her estranged brother-in-law, which disfigured her face and took her left eye. Struggling through reconstructive surgeries and depression, she met founder Rita Sharma of Make Love Not Scars and became a spokesperson for the #EndAcidSale campaign, spreading awareness by fighting against laws that allow the open sale of acid, and make Indian women susceptible to attack. In fall 2016, Reshma walked in NYFW for designer Archana Kochhar and Vaishali Couture. 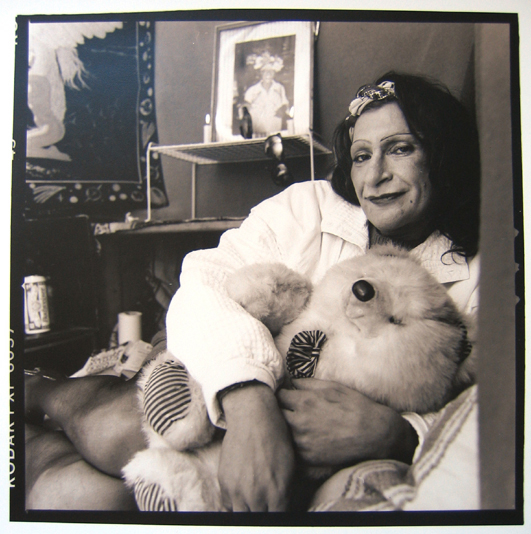 Slyvia was a Latina transwoman and LGBT activist in 70’s New York. She fought in Stonewall Riots, and co-founded STAR with Marsha P. Johnson, an organization that supported the New York City Transgender Rights Bill, and battled against transgender discrimination in the justice system.

Sylvia worked among homeless youth and many affected by the AIDS epidemic, and often pushed against mainstream gay rights groups for their marginalization of drag culture and POC, in what she saw as attempts to temper and assimilate the LGBT community into heterosexual America. In 2007, the musical Sylvia So Far paid tribute to her legacy and lasting influence.

Terezinha is a Brazilian Paralympic sprint champion. Despite growing up in poverty, she completed a degree in psychology before joining a nearby sports program, and borrowed her sister’s sneakers to be able to run and train because she didn’t have a pair of her own. After participating in local street races, her still was noticed by Brazilian officials and she joined the Paralympic team. Completely blind, she has competed in every summer Paralympics since 2004, winning a total of three gold, two silver, and three bronze medals, as well as multiple world records. 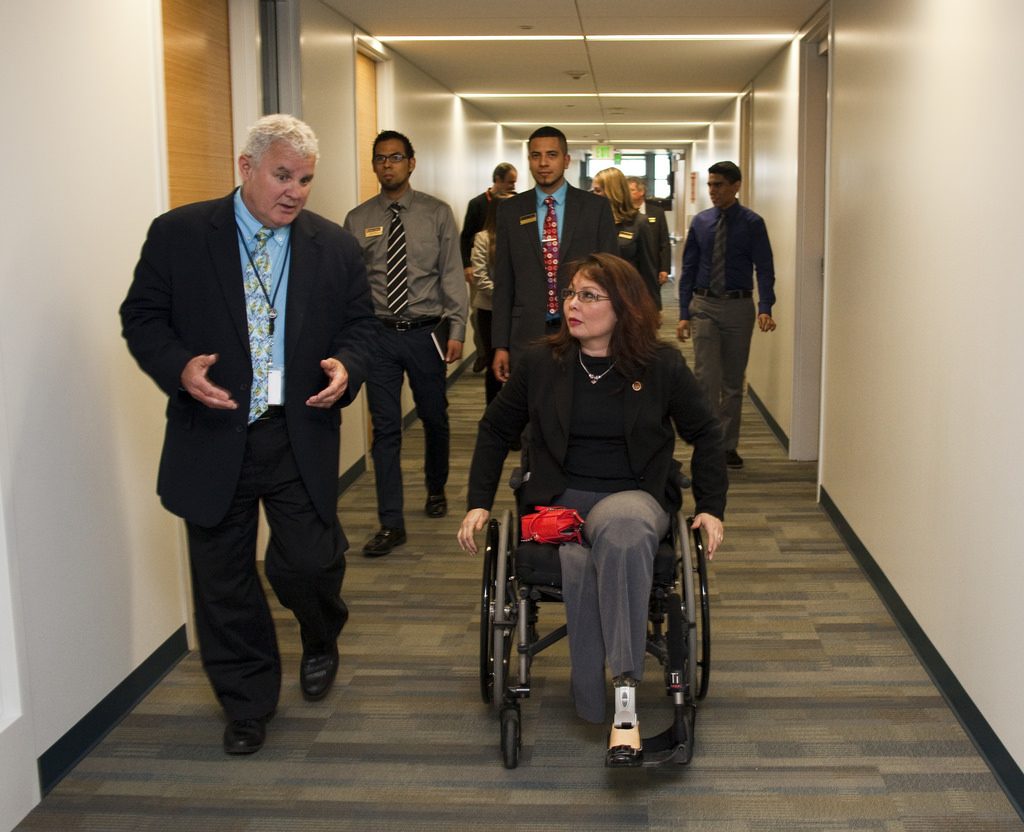 Tammy is the first Asian-American senator of Illinois and first disabled woman to join the House of Representatives. Born in Thailand, she grew up throughout Southeast Asia before settling in Hawaii. After college and earning a Master of Arts in International Affairs, she followed in the steps of her Marine father by joining the Army National Guard.

Tammy was deployed to Iraq in 2004 and underwent a double leg amputation after her helicopter was hit with a grenade, receiving the Purple Heart for her bravery. In office, Tammy is a strong advocate for veterans and job creation. 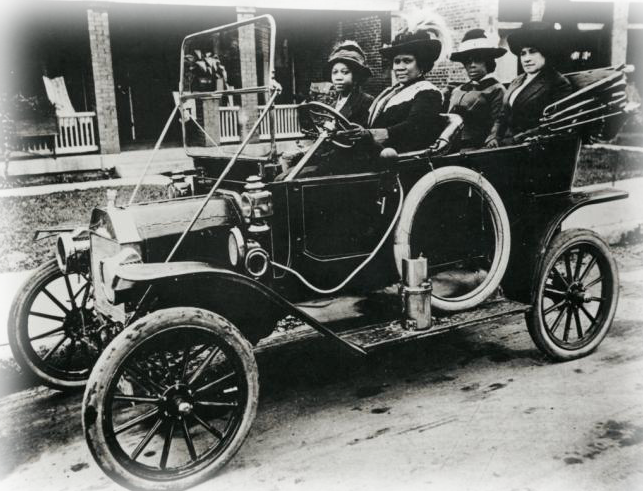 Madam Walker was born on a plantation in Louisiana in 1867 and orphaned at the age of seven. Moving to St. Louis in 1885, she worked as a laundress earning $1.50 a day, just enough to enroll her daughter in school. She began experimenting with homemade remedies for a scalp ailment and created Madam Walker’s Wonderful Hair Grower, selling it throughout the South by traveling door to door to black homes and churches.

In 1910, she opened a factory and beauty school in Indianapolis and later moved to Harlem, where she founded educational philanthropies and supported activist organizations including the NAACP. As the sole owner of her business, Madam C.J. Walker was the first black female American millionaire. 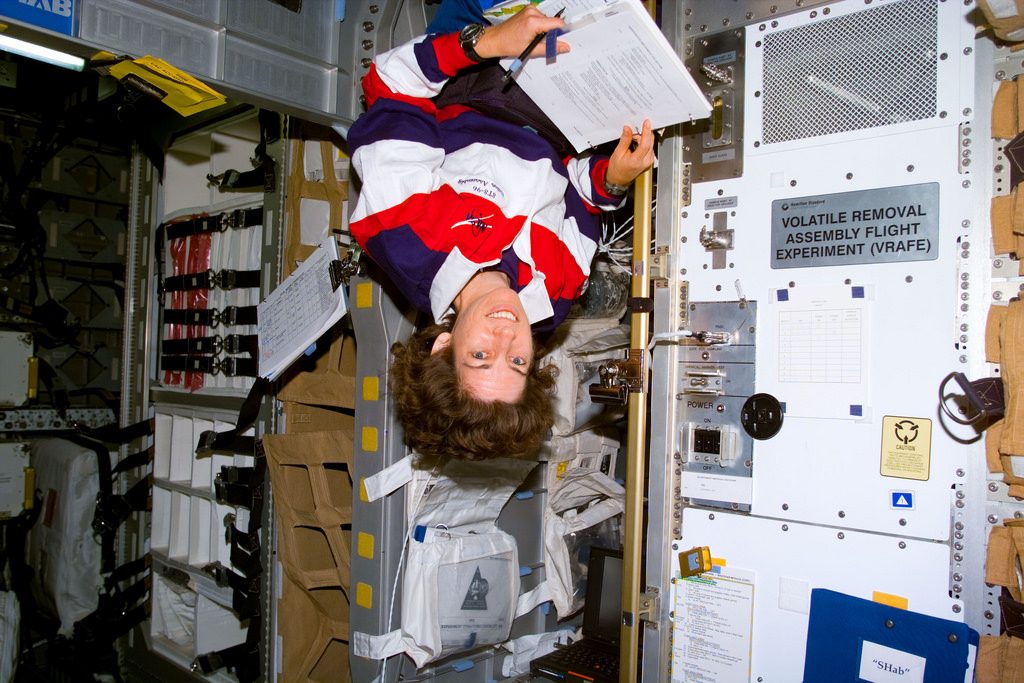 Ellen is an American astronaut and the first Hispanic woman to go into space, on-board the shuttle Discovery mission in 1993. A Los Angeles native, she studied science and engineering at Stanford before joining NASA. She has served on four flights, logging nearly 1,000 hours in space, and received multiple service and leadership medals for her contributions in software and robotics development. Ellen is currently the director of the Johnson Space Center, it’s second female and first Hispanic director.