The artists on their switch from throwing wild parties all over NYC, to pulling back and focusing on the music

Kyle Provencio Reingold and Daniel Harris share an apartment just south of Houston Street, and despite being film majors at Tisch, most of their time is spent making music, at both their makeshift home studio and borrowing their friend Chuma’s studio hours at Clive Davis.

They met last December at a party in Brooklyn that Kyle was hosting and DJing. “We were in a writing class together that semester,” Dan recalled, “and then we saw each other at this party and started talking about music, and we hit it off.” 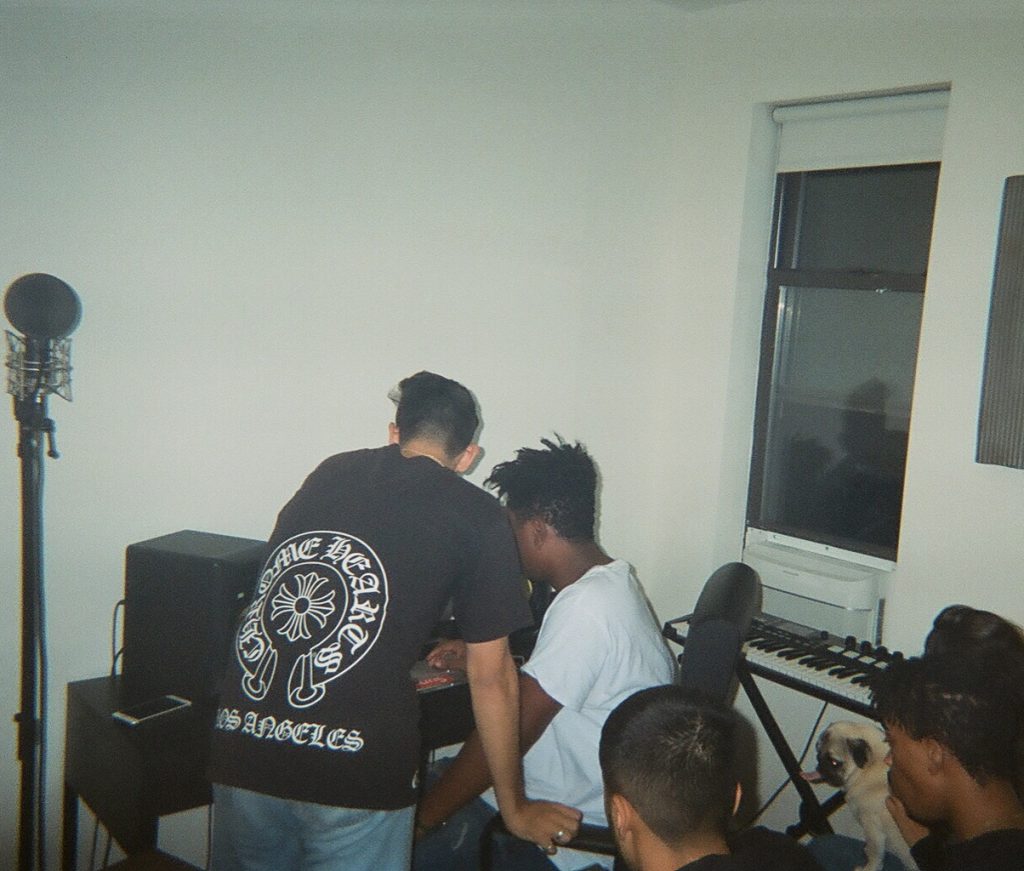 Growing up in Maryland, Dan started making beats on GarageBand before middle school, making covers to work on his voice and develop mixing and mastering skills. In East LA, Kyle began playing piano and guitar at a young age, influenced by his grandpa, a Latin jazz musician, who had him listen to artists like Bobby Montez and Tito Puente. Later, a cousin introduced him to hip-hop and he developed an interest in West Coast street culture. 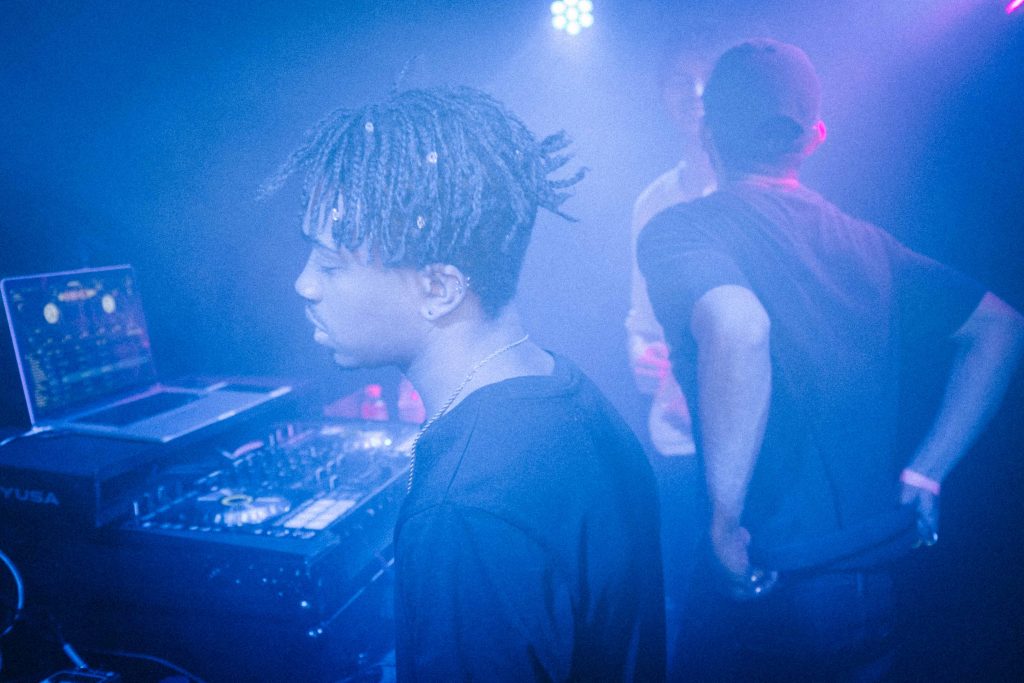 After meeting at NYU, they immediately started making music together. “Before, we had each been more invested in the college social scene,” Kyle said, “but then when we became friends, with our friend Chuma Ossé too, we started to settle down and focus on creating music.”

KPR and Soho take inspiration from artists like Frank Ocean and Tisch alum Donald Glover (Childish Gambino), whose recent albums broke away from mainstream genres by creating music that was unexpected but powerfully authentic. Their song “Strange” is deeply lush and cathartic, written in a linear structure without a hook and a beat that’s laid back but focused, with lyrics that narrate an evolving story.

“I wrote ‘Strange’ this past summer at home in Maryland, but once we started school again we kind of sat on it for a while, because we were busy working on TRNDSTTRS music,” Dan explained. “But in November, we said let’s put it out, so Kyle made the beat and I recorded it here and rewrote a bit of the lyrics.”

“The huge inspiration behind this track was our transformation from being wild and throwing parties all the time, to focusing on work and creating music. It goes on about how it was strange that everything happened and fell into place so quickly, it was weird that all the dots started to connect,” Kyle said.

“It’s about the progress we’re seeing because we chose to step back and concentrate on our music, rather than wasting time on superficial things that don’t last,” Dan agreed. “We see where we want to go, and every day there’s something that points us in that direction and gets us closer. ‘Strange’ is that switch-up in our journey.” 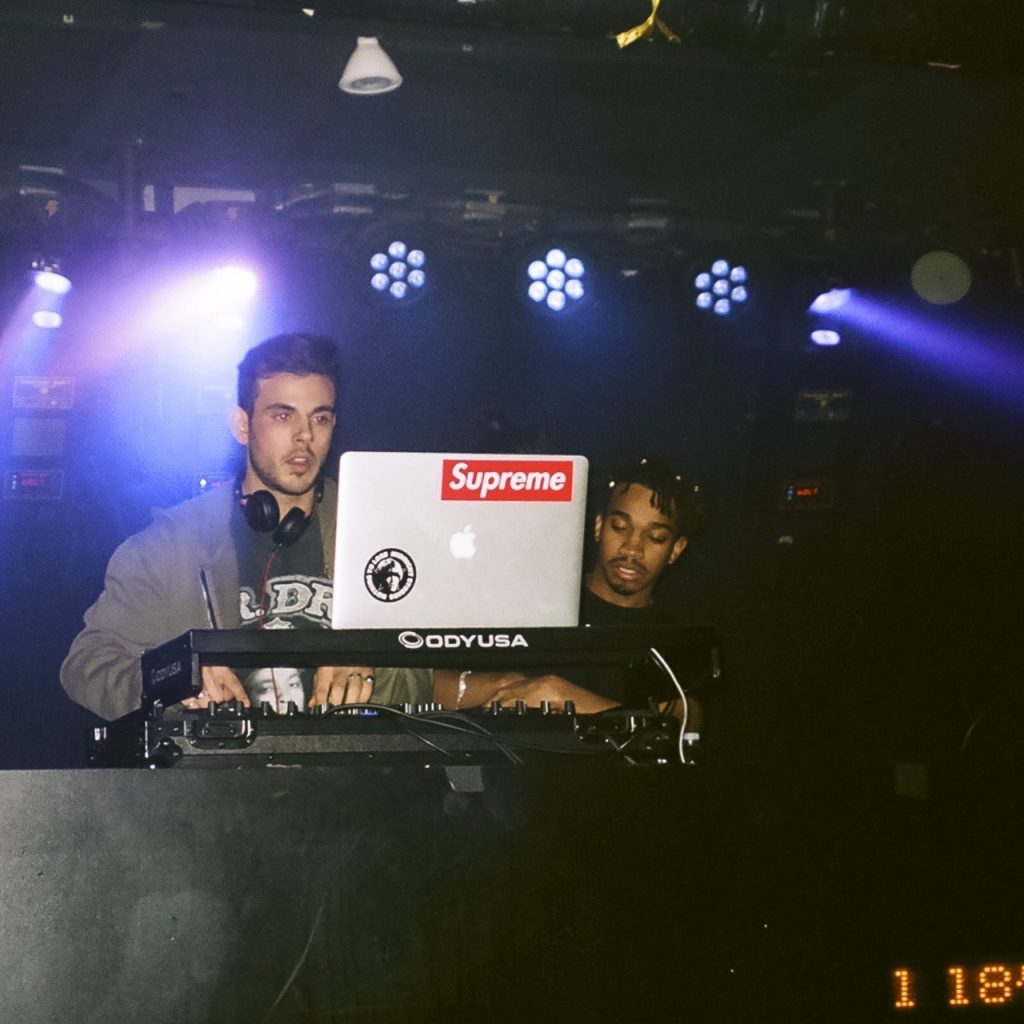 This semester was a period to insulate and write, and in 2017 they’ll continue creating while simultaneously putting out content, including KPR’s debut instrumental mixtape called Overnight, with a single vocal track, “Breathe,” featuring fellow NYU students Selah Marley and IDKHIM.

“Our music is always pulled from genuine experiences. We want to make music to share those experiences and emotions with other people, and make an impact.”