Can you both tell me about your backgrounds in music?

Brett Castro She was on the X-Factor.

Khaya Cohen No, I was on Fear Factor. I ate bugs. (laughs) But I’ve been doing music my whole life, I was in a band in high school and I started song writing and then I was on a reality singing competition-

BC With Simon Cowell.

KC It was fun. That was during junior year, so I got more exposure into the industry side of the business and I realized what it would mean to have a career in music, rather than just being in a band in high school and writing songs. I studied at Berklee College for a summer and then I got into Clive, and now we’re learning a lot about production, business, and songwriting. It’s really fun. And yeah, we play in a band together now. 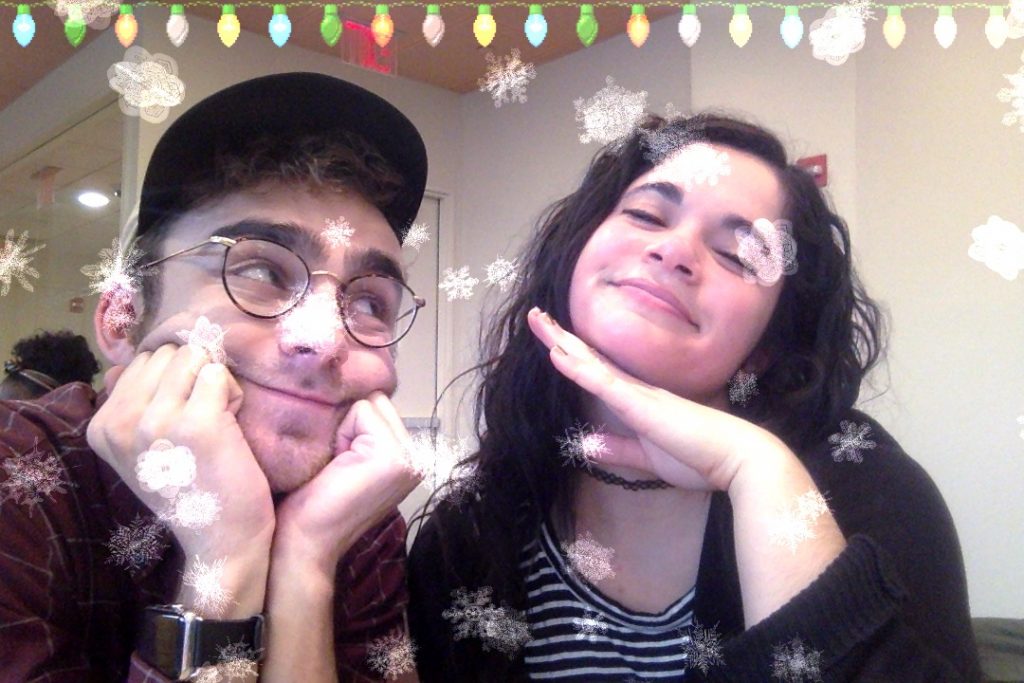 KC It’s just Khaya, just the Khaya band. We really should change it, because it’s all of us at this point. He’s the bass player.

Do you perform around New York City?

KC Yeah, we play out a lot. We just played at Sofar the other day, and we play at Pianos.

Brett, tell me a bit about your background in music.

BC I’m originally a musical theatre child, I did that for 9-10 years and then I started writing songs in 7th grade because I wanted to write a song for a girl, and it was cute-

KC And you realized that girls love it.

BC And girls love it. So I started doing that, and then I started to really love it myself. My brothers were in bands growing up so I played with them, and one of their friends taught me how to produce, so I started producing my own music and I decided that I didn’t want to go to school for musical theatre because, while what we do in Clive is definitely super hard and stressful, musical theatre seemed even more stressful.

KC More so physically, too.

BC Yes, so I came to Clive and it’s been great. I met this one on the first day of school.

KC Yes, we are day-ones.

BC Day one friends.

KC And our song, “Santa Caught Me (Making Love to You)” came about kind of spontaneously. I had just finished a 30 day songwriting project where I wrote one song a day for 30 days, and on day 31 I went over to Brett’s room and we were like, let’s write a Christmas song!

Wow, you still had energy left after the 30 days?

KC Yeah, somehow. That was my last one, though, for a while. But we just wanted to write a Christmas song, so we came up with the concept and then it came together pretty quickly – probably in a couple of weeks.

BC Yeah, I honestly don’t remember much of the process.

KC I remember we just wanted to write a quirky Christmas song. 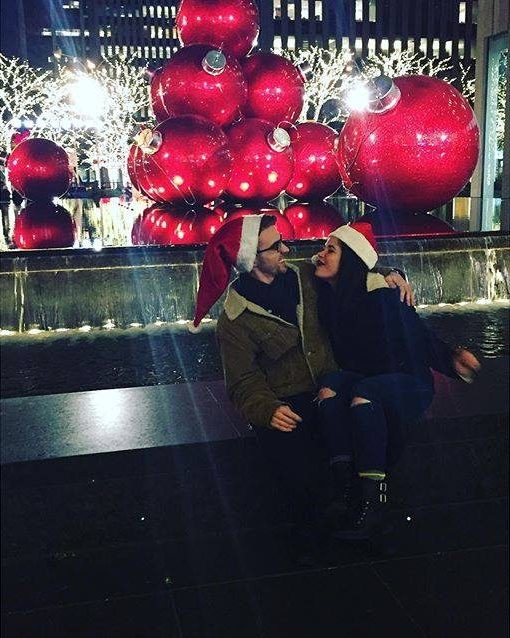 How did you come up with the idea?

KC I think we liked that one song, “Santa Baby,” and wanted to do something similar, that’s a Christmas song but kind of edgy.

BC That could be a sequel.

KC Yeah, so we wrote the song and it came together really quickly because we were just being dumb and writing funny lyrics, and then we went really hard on the production. We used our friends’ studio time at Clive, and pulled in our friends Ben, Annika, and Maxwell, and other in musicians, and the NYU N’harmonics to do the choir part. We went really hard and recorded it, and then we got Dan Navarro, who’s a film student, to do the music video and he got really into it, too. We all had a great time.

You released it last year, is it revamped this year?

KC Yes, we just want to bring it back. It’s funny, I think it has a lot of potential.

BC Last year there wasn’t a lot of time to get it out, and no one likes hearing Christmas music after Christmas unless it’s the Michael Bublé Christmas album. That’s the best album of all time.

Are you performing the song at any holiday shows?

KC Oh we should, that’s a good idea. I haven’t thought that far.

BC We should play it at our next show.