They also referred to Amy Schumer as pig-like

Pro-Trump signs have appeared in the windows at Old Town Bar on Park Ave S in Manhattan.

The first points out the bright side of Trump’s win, blasting comedian Amy Schumer and her uncle Chuck Schumer, a Democratic senator from New York. 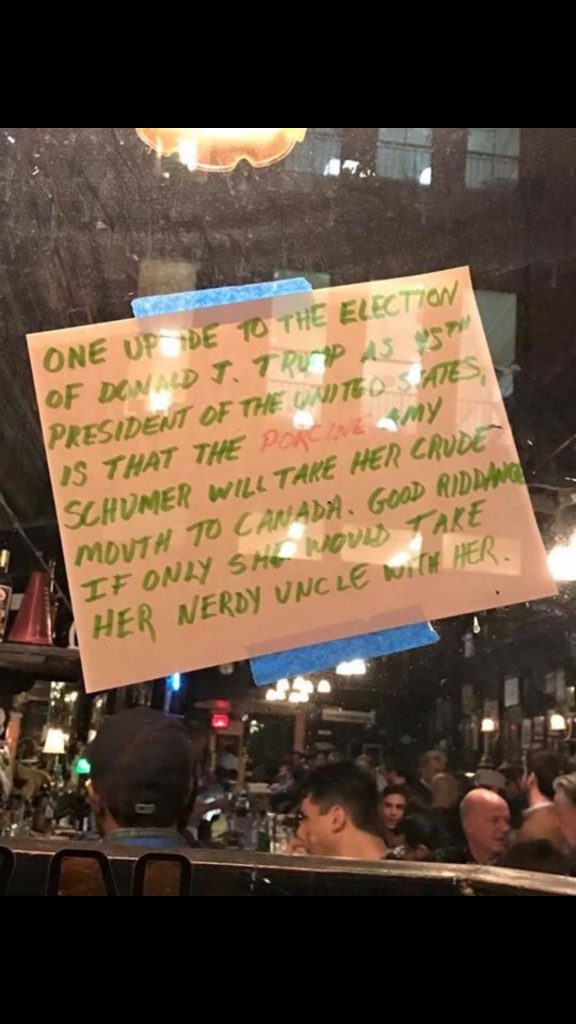 “Porcine” aka resembling a pig or pigs

The second sign lets foreigners know that “this ain’t France.” 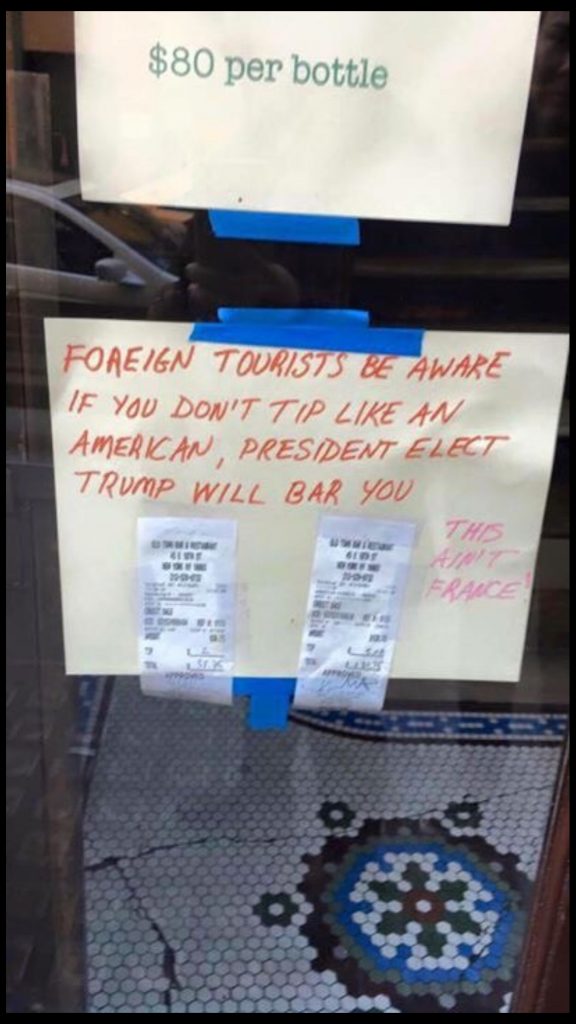 Old Town Bar has been an New York staple since 1892, and is currently managed by second-generation owner Gerard Meagher. Threatening patrons who don’t tip well, however, seems to be a very 2016 addition to the Bar’s menu.

When we reached out to the bar, they declined to comment.