‘Reject misogyny and racism, and embrace each other’

Trump’s presidential win has left many reeling in shock. But as anger and frustration swells around the country, voters are unifying.

At last night’s ‘We Stand Together’ protest at Columbus Circle in New York City, a crowd gathered in solidarity, with signs supporting #Vision4BlackLives and an end to #RapeCulture.

New Yorker Celeste, said she felt, “desperation” after the election results. “I guess I live in a pretty insulated world where I thought it just wouldn’t happen, that he wouldn’t be elected. So for that to happen was pretty gut-wrenching.” 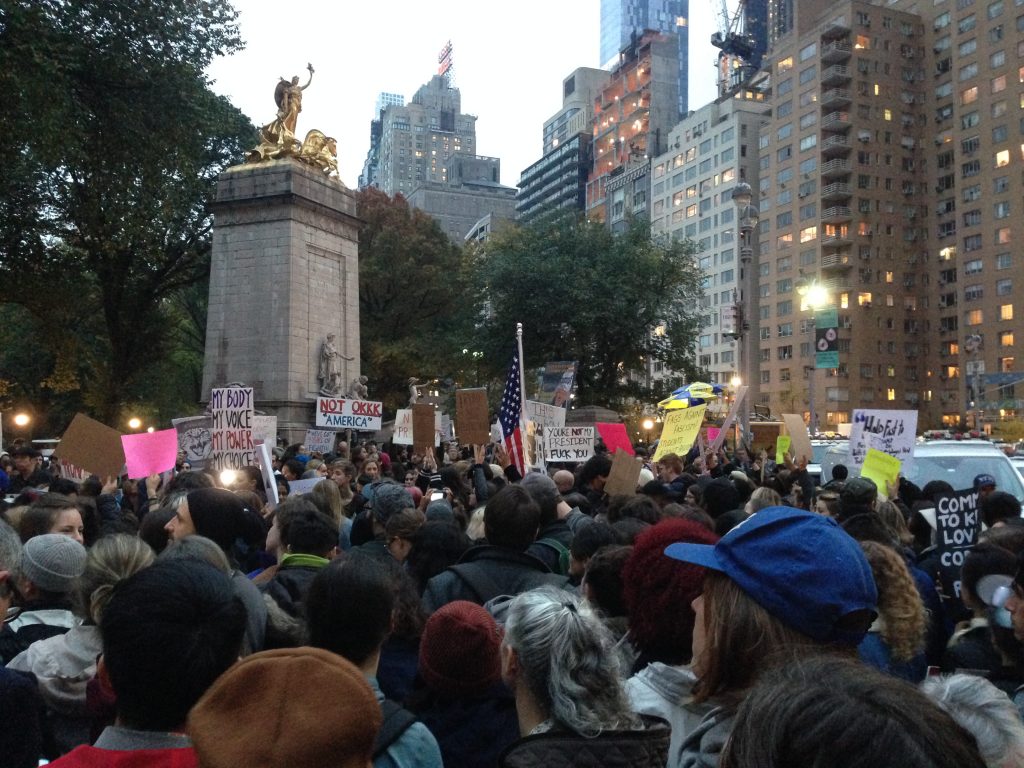 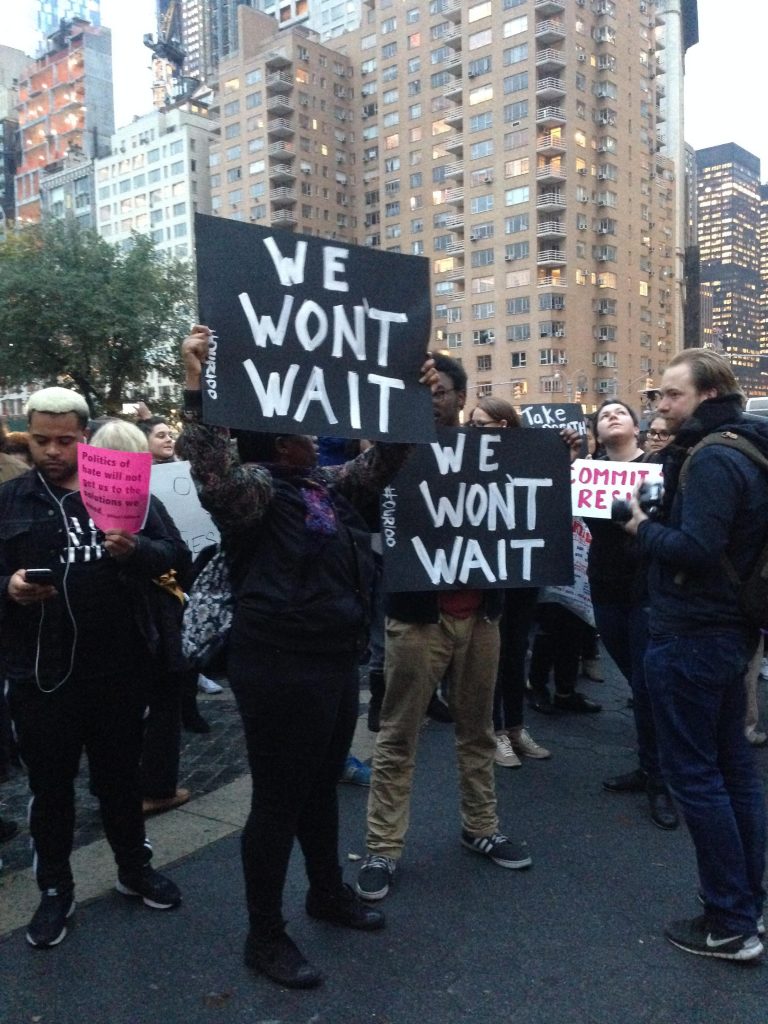 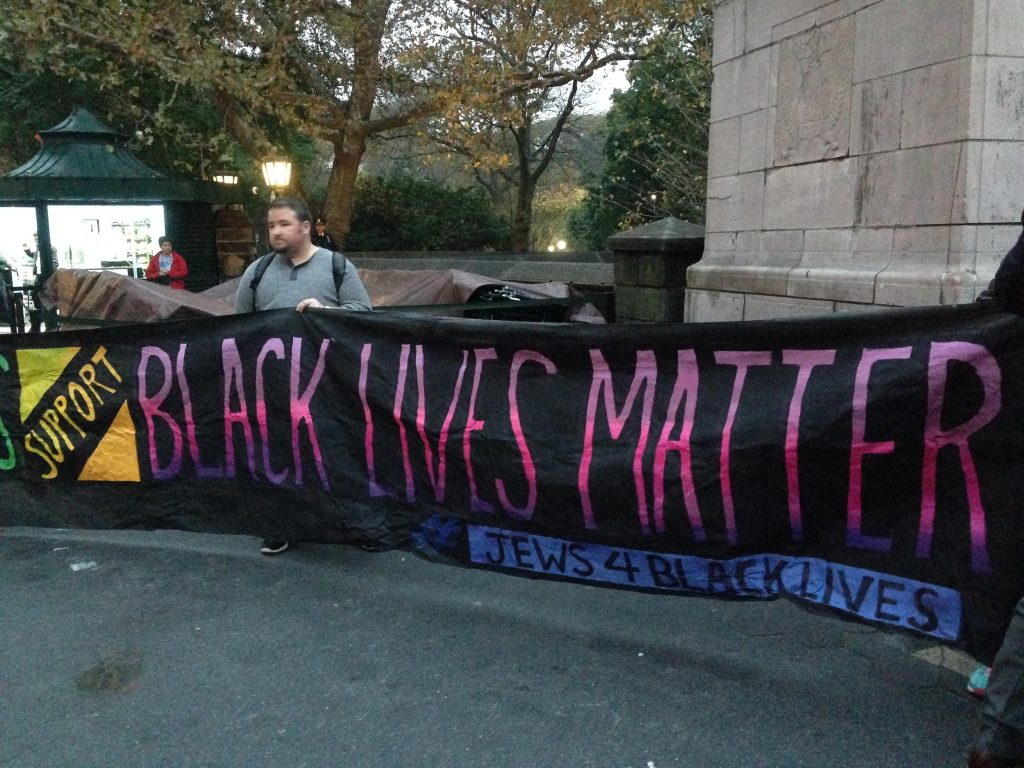 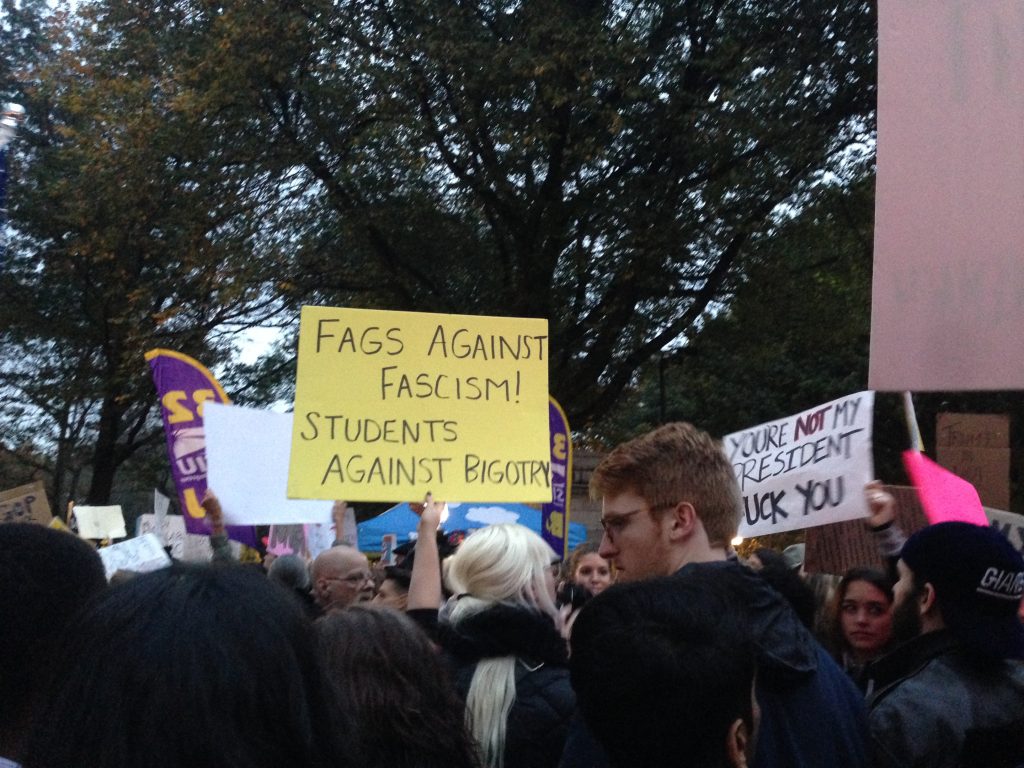 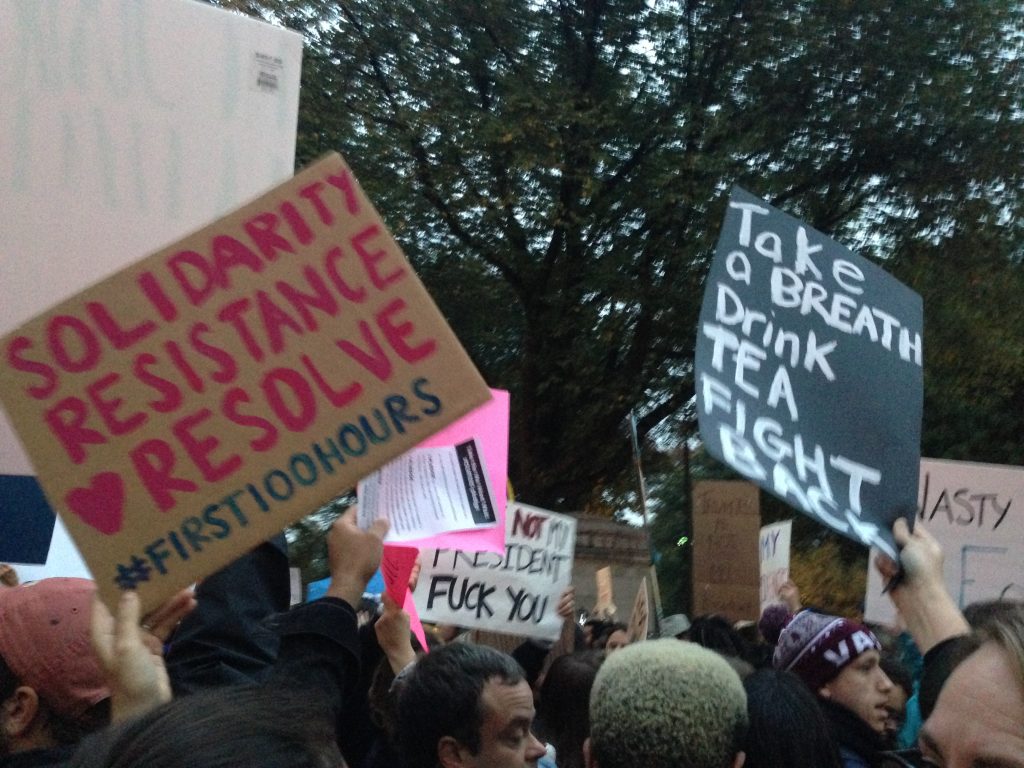 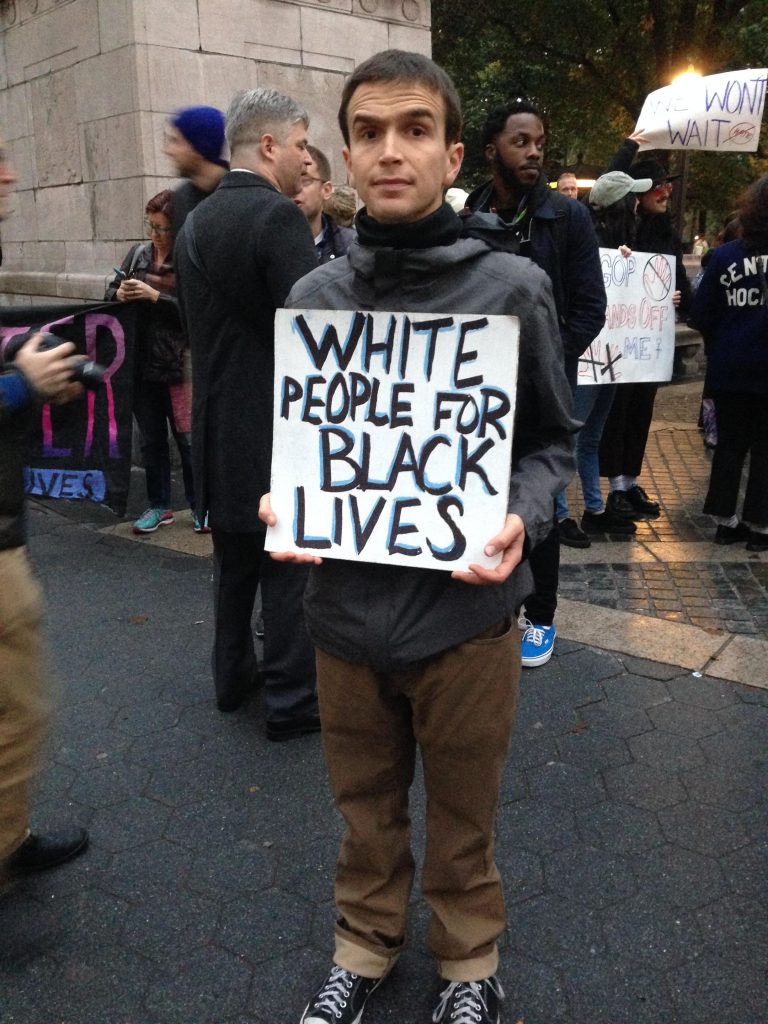 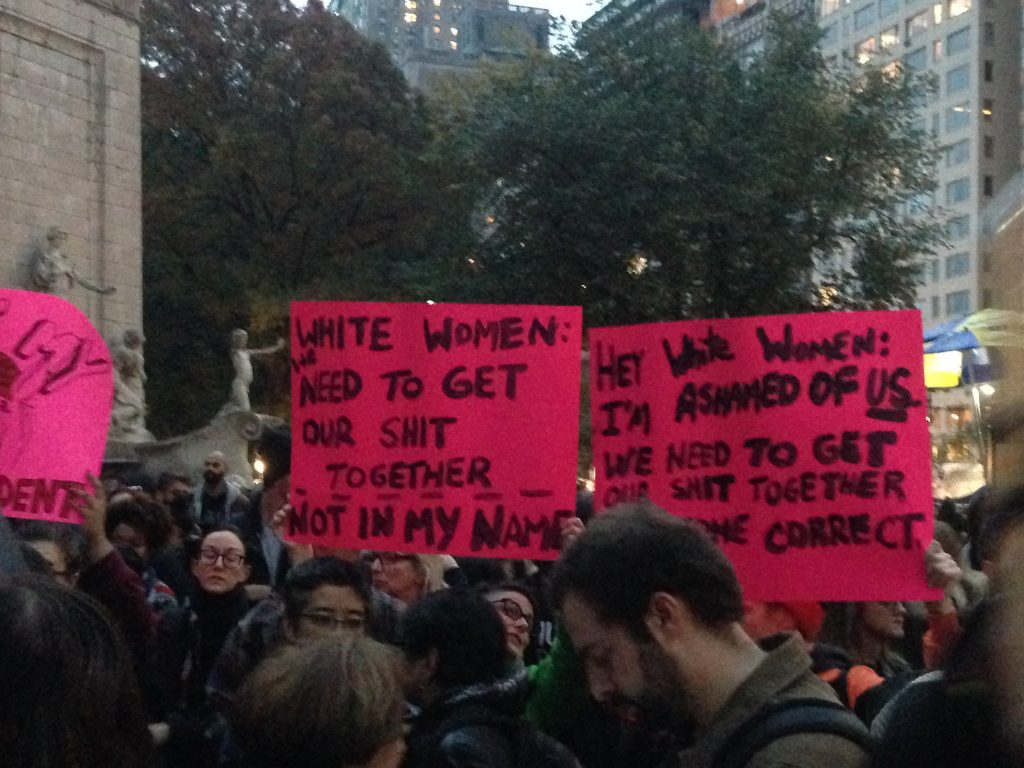 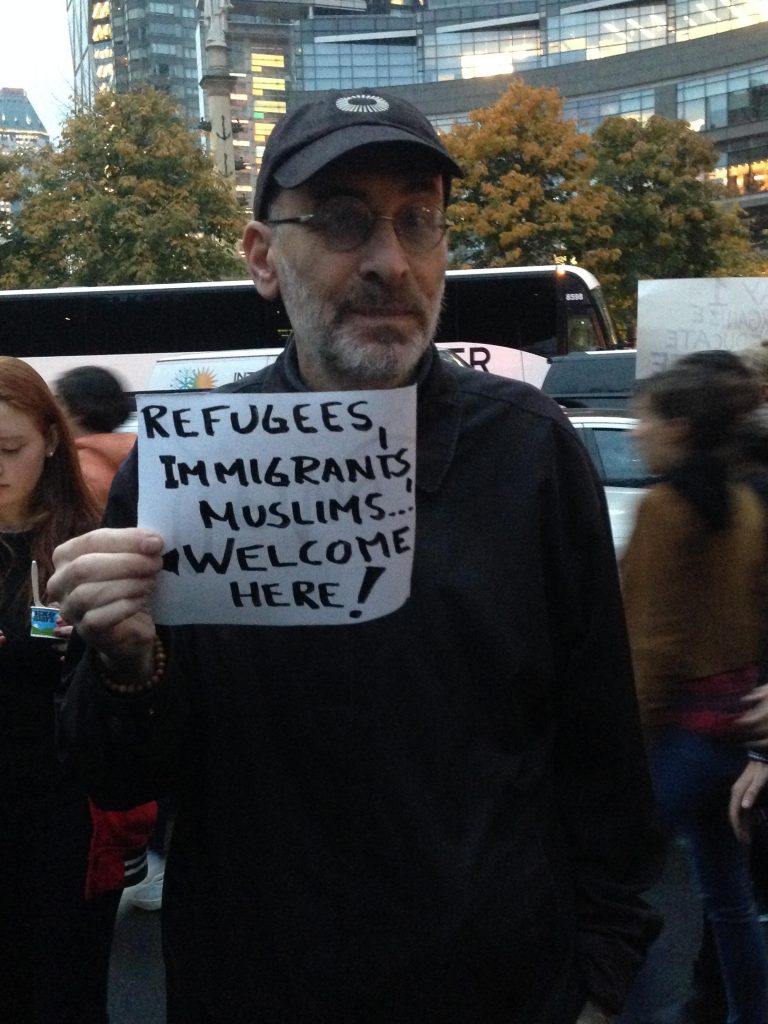 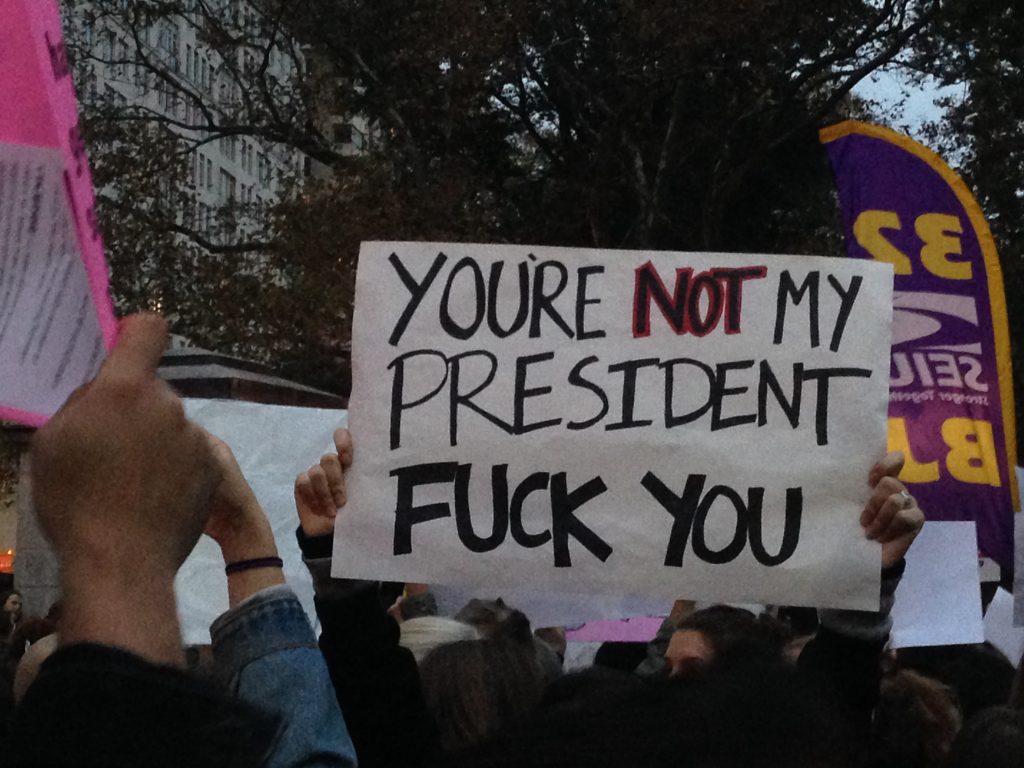 The crowd huddled together against the rain, frequently breaking into chants such as “Donald Trump has got to go!” and “Not our president!” against a backbeat of drums, but many people were just standing quietly. One attendee commented, “This is what shocked looks like. We’re stunned into silence.”

Another protester said, “They say set back, we say fight back.”