Thousands of New Yorkers joined in the Hillary for America Election Night event at Javits center in New York City. Excited Clinton supporters started lining up as early as twelve p.m. for the six p.m. event, but unfortunately few of them made it inside the venue, leaving many were upset by the event organization.

The RSVP option offered by the Clinton campaign was ambiguous, making it sound like somehow every attendee would be able to get into the Javits center, which was clearly impossible considering insane amount of people who showed up. Everyone who wasn’t VIP was taken to a large area in front of the venue, block party style, in front of large screen and stage with the American flag. One woman flew out from Chicago for the event, and echoed everyone’s disappointment that she wasn’t even able to step foot inside. Still, the block party crowd was packed with excitement and people wearing Hillary buttons, flags, and the classic pantsuit attire.

One supporter spoke to us about Hillary’s journey to the presidency, saying that “She’s had to work a thousand times harder to get where she is than any man ever has, and I don’t think it’s any coincidence that the first female candidate had to be a million times more qualified than the other person.” 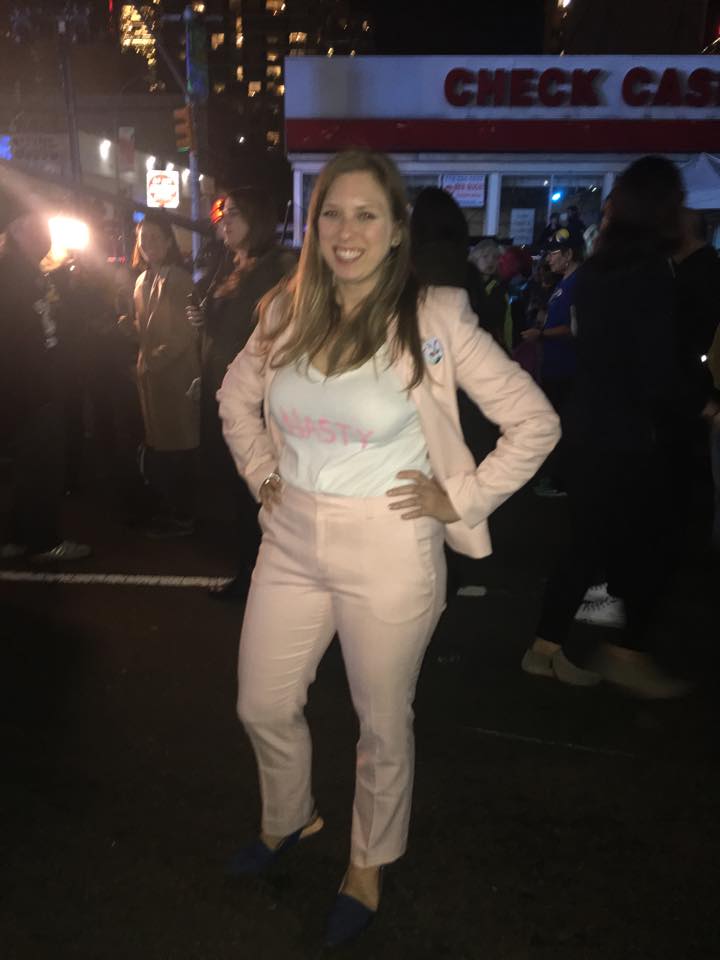 Contributed to by Edie Freedman and Roya Hegdahl