And thus begins the new reality. After the shock result of Donald Trump’s win in last night’s presidential election, Muslim students this morning at NYU’s Tandon School of Engineering  found “Trump!’ scrawled on the door of their prayer room as the consequences of the new President-Elect begin to appear.

The NYU Muslim’s Student Association posted a picture of the graffiti on Facebook, alongside a call to “rise boldly and unapologetically in the face of bigotry.” 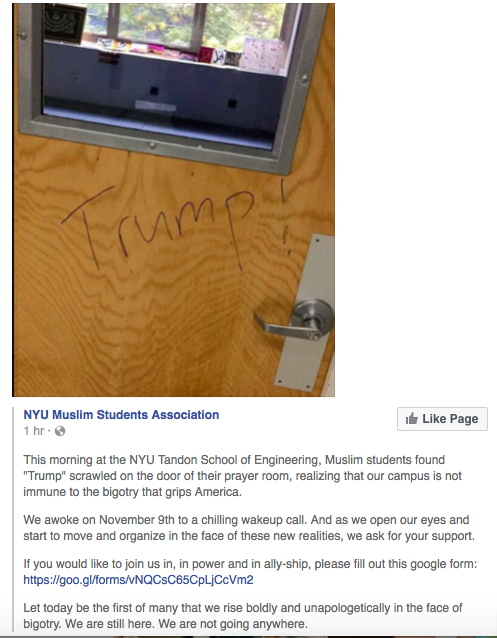 While it is unclear who the perpetrator was, what is clear is that – despite perceptions within and outside NYU of the university – our campus is not safe from the effects of the new reality that we are facing after last night’s result.

If you wish to join the NYU Muslim Student Association in solidarity and ally-ship, please fill out this Google Form referenced in the post.