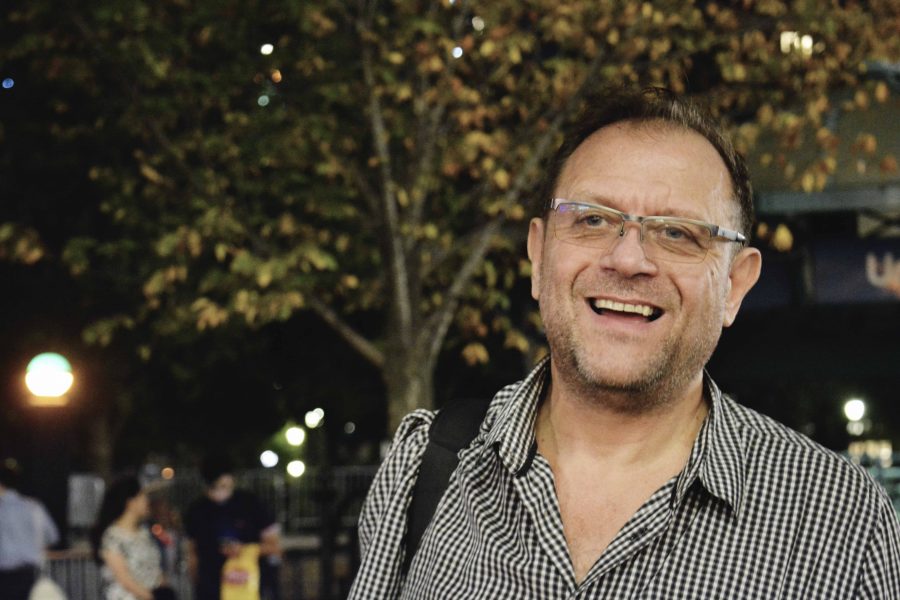 Rectenwald explained that he isn’t exactly anti-pc but the left has still gone too far.

Frankly, I’m not really anti-pc. My contention is that the trigger warning, safe spaces and bias hotline reporting is not politically correct. It is insane. This stuff is producing a culture of hypervigilance, self-surveillance and panopticism.

If one were to take a quick glance at Rectenwald’s twitter, they would assume he is just another bigoted member of the alt-right. But he is against the “social justice warrior” left and how its flaws have essentially produced the alt-right. He disagrees strongly with Donald Trump. He hides within the alt-right to avoid “social justice warriors.” Rather than be actually an anti-leftist member of the alt-right, he himself is a strongly left leaning communist against the identity-politics left. Rectenwald believes the new left doesn’t believe in solidarity and diversity, it believes in divisiveness through identity politics. “How can you have solidarity when you have all these little fissions with every little identity group with all their little niche ways of identification?” He believes that diversity is good but is against the university using it “as an ideology to make themselves look ethical.” Rectenwald explained to Campus Reform that his critiques of the “pc college culture” are because it “curtails academic freedom and freedom of expression because it caters to this supposedly beleaguered population.”

He’s not hiding in the Alt Right and he probably doesn’t understand what it is. He identifies as anti-pc but there’s a lot of space on the political spectrum that is anti-pc, only a very small minority of it is in the alt right.

He’s entitled to his opinion and I’m glad he has a voice that’s different than the majority of NYU. Even if it’s contested, his viewpoint is very appreciated.

Aiden and I continued our conversation.  Aiden is a third year NYU student.

How do you feel about him identifying as a left communist?

It’s either a choice of owning up to your reputation and embracing the identity given to by everyone else of sounding like a hypocrite.

Do you think he’s right about the left being too obsessed with identity politics?

There’s a stereotype that the left is completely obsessed with identity politics and trigger culture, but I think it holds a grain of truth to it

Do you think he’s using an efficient method by ‘hiding within the alt right to expose social justice warriors?’

The line between the left and the alt right is an extremely broad one that should accommodate for nuances. So it isn’t accurate to say he’s pretending to be alt right to accomplish an agenda.
The NY Post reported Sunday October 30th that NYU administration has placed Rectenwald on one week paid leave. The news came after Washington Square News published their interview with him. Rectenwald responded to the Post on his paid leave that  “they are actually pushing me out the door for having a different perspective.”  The Liberal Studies Diversity, Equity and Inclusion Working Group published a letter to the editor in Washington Square News on October 26th finding him guilty of “illogic and incivility in a community that predicates its work in great part on rational thought and the civil exchange of ideas.” The same day Rectenwald says he was summoned to a meeting with his department dean and an HR representative where he was given leave.