It’s Halloween. You’ve been at college for two months now, surviving somehow painfully repetitive dining hall meals, greasy 3am pizza runs and eating Ben & Jerry’s in bed while weeping quietly at the memory of your mother’s lasagna. Thanksgiving is kind of close, but not that close, so to tide you over, make these Halloween bars. Their layers of chocolate pumpkin decadence will almost make you forgot about that bio lab midterm you just failed.

Because your bowl isn’t big enough and hers is white and aesthetic. 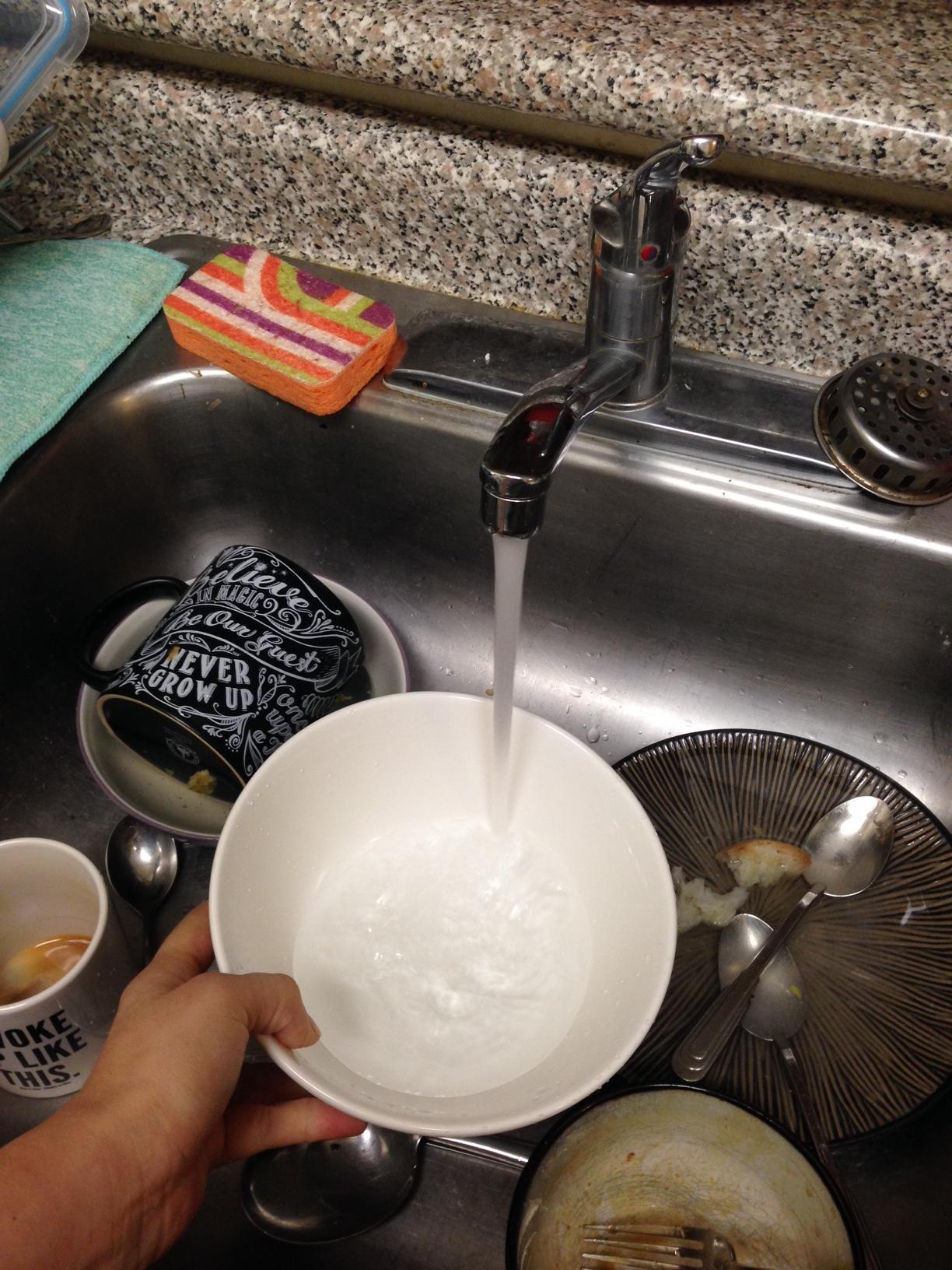 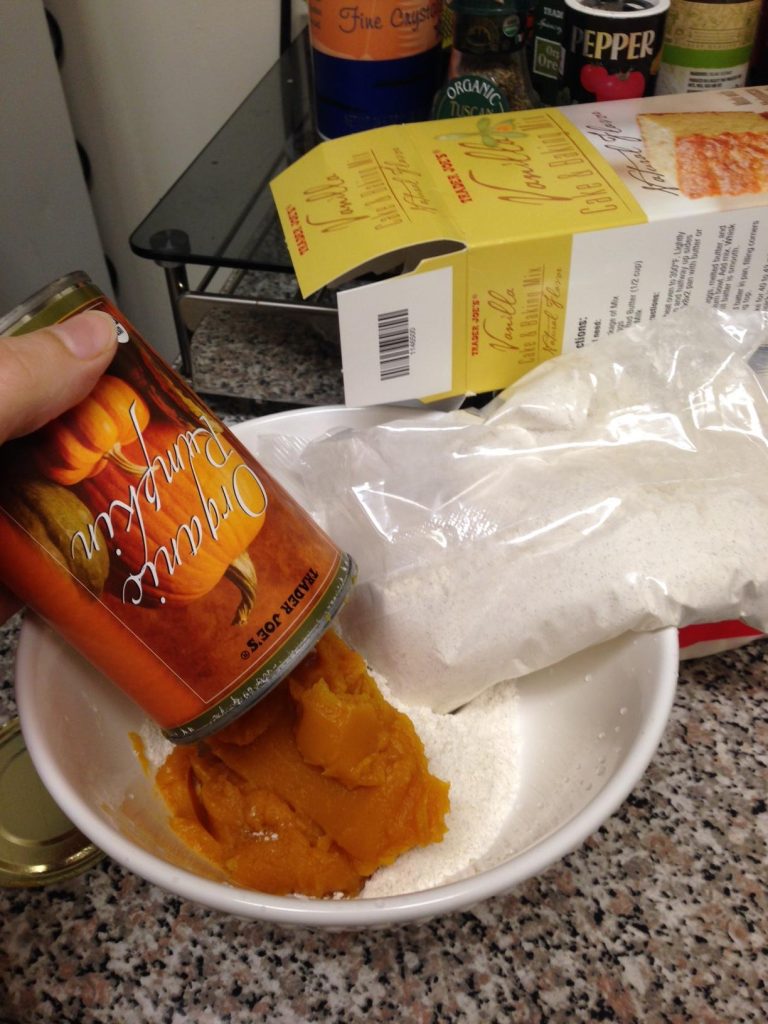 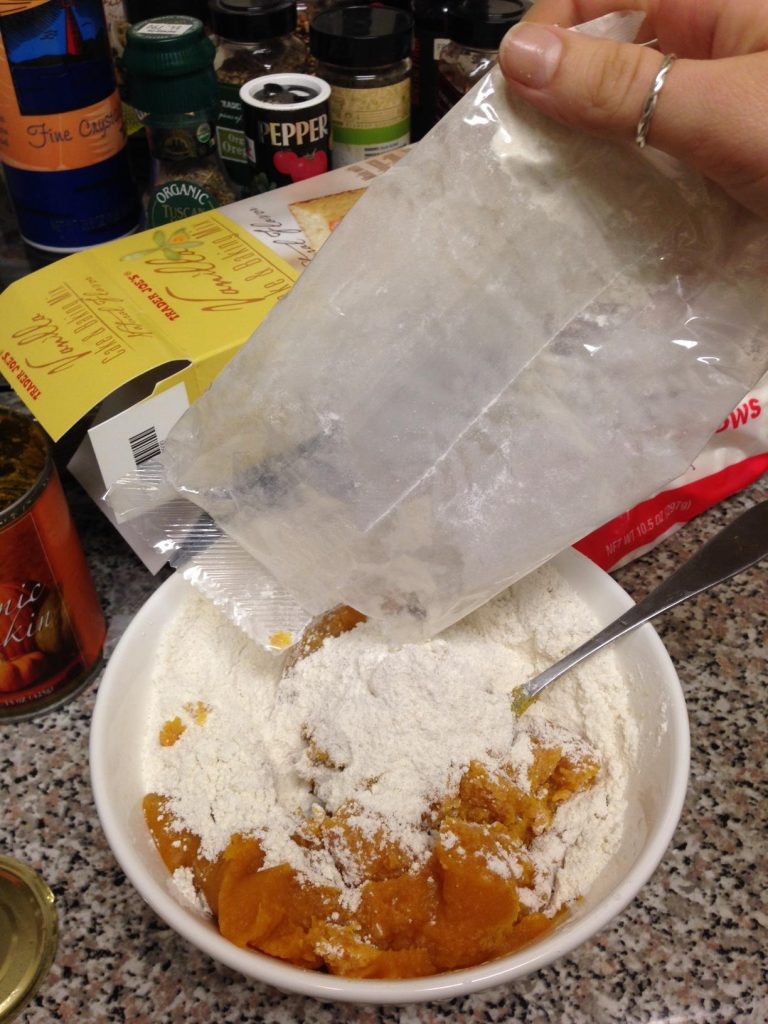 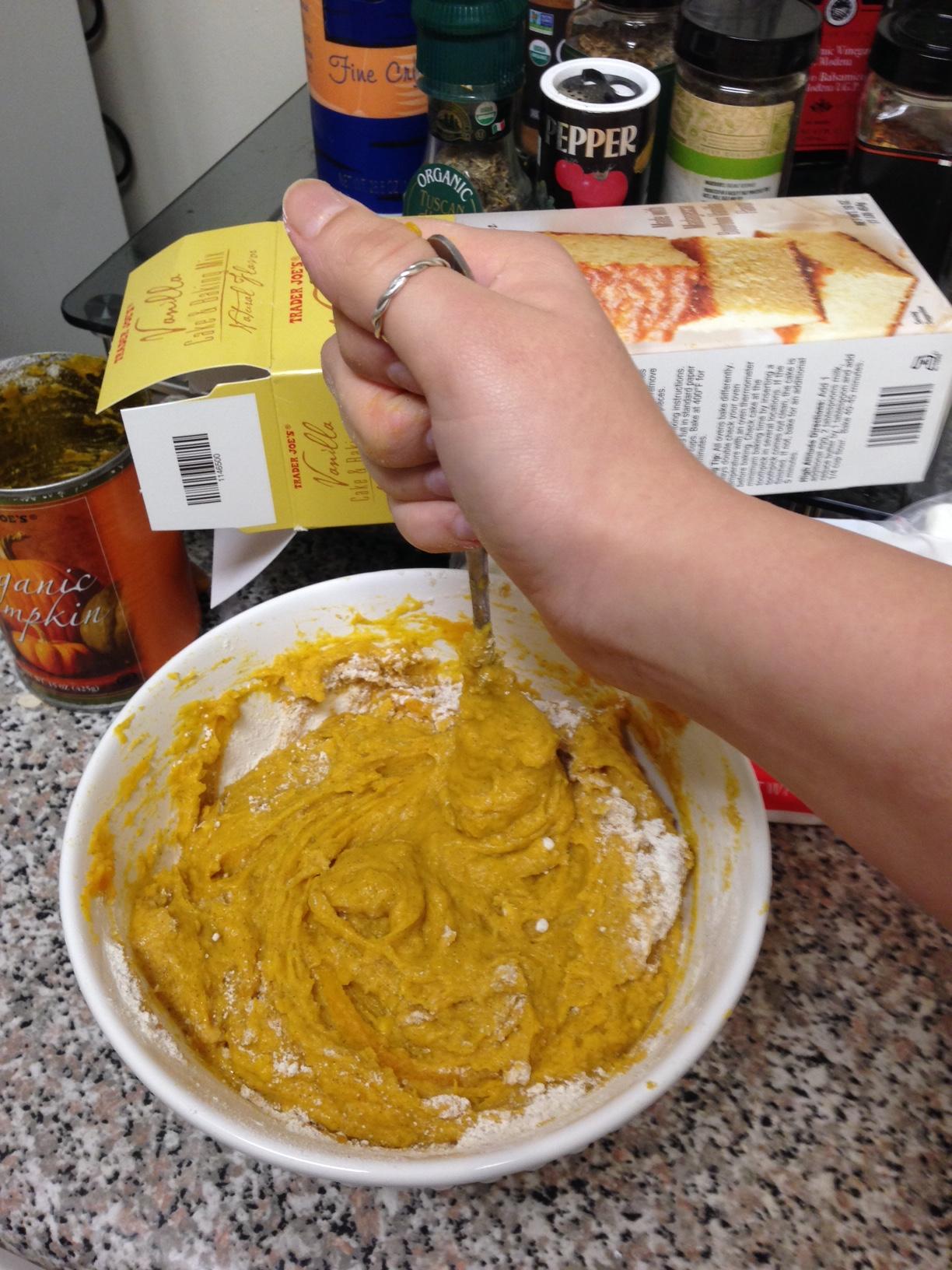 And so the bars don’t stick, we used organic coconut oil because we’re hipster and alternative and had ran out of Pam. 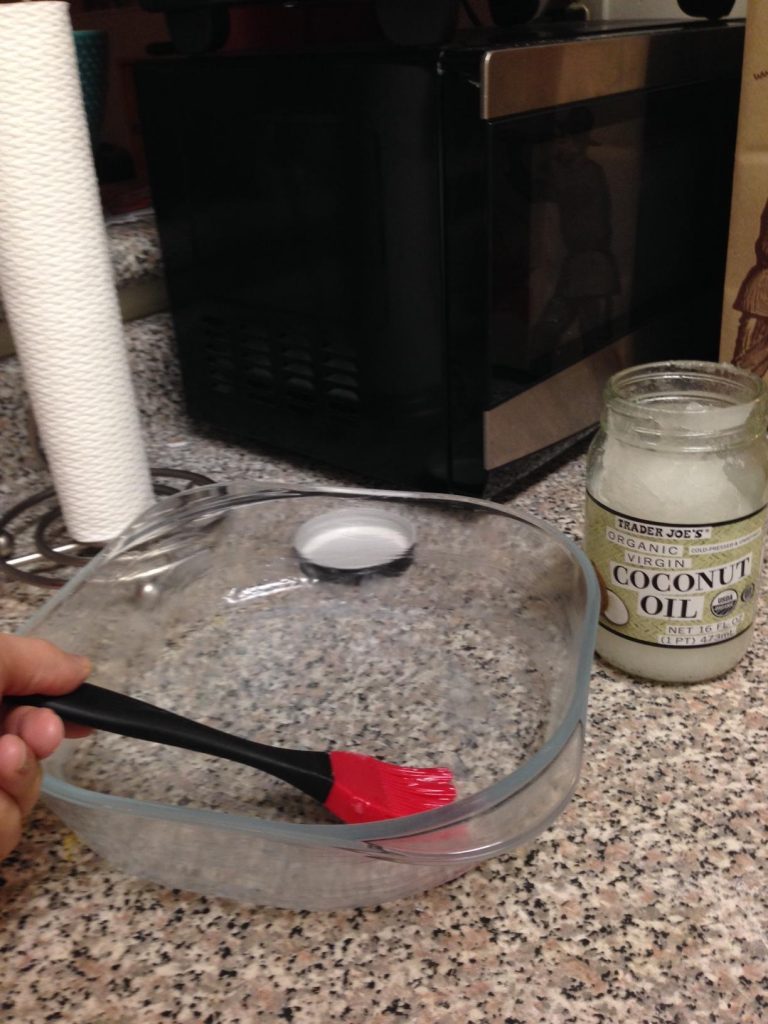 Spread half of the gooey orange goodness delicately into the pan 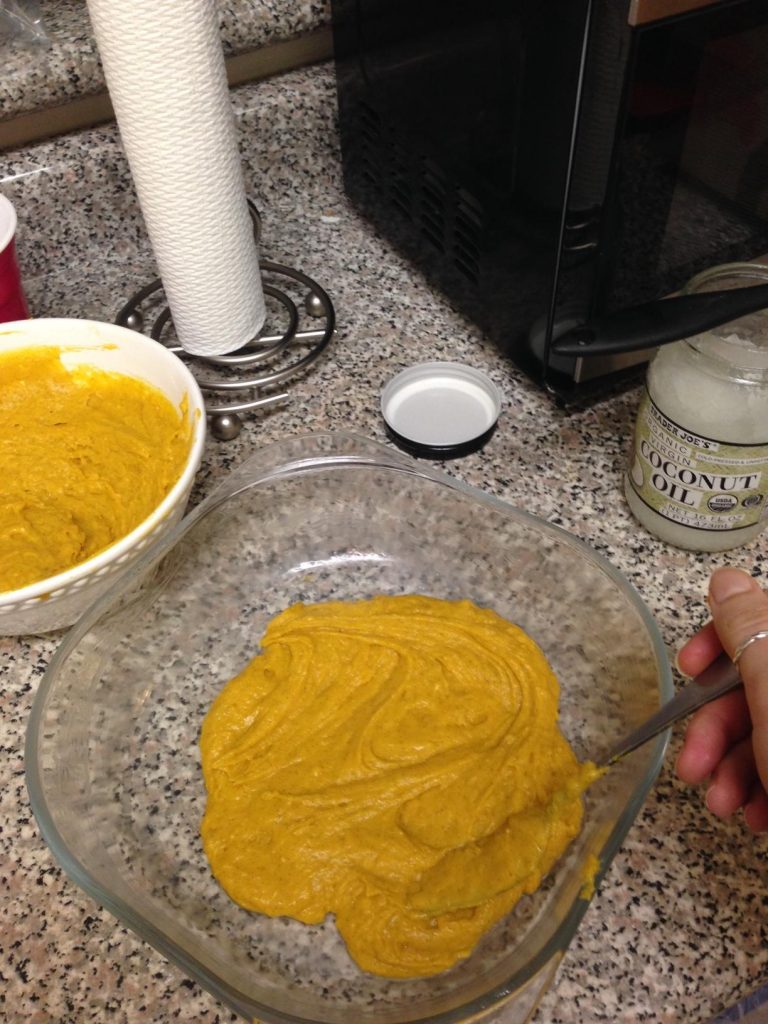 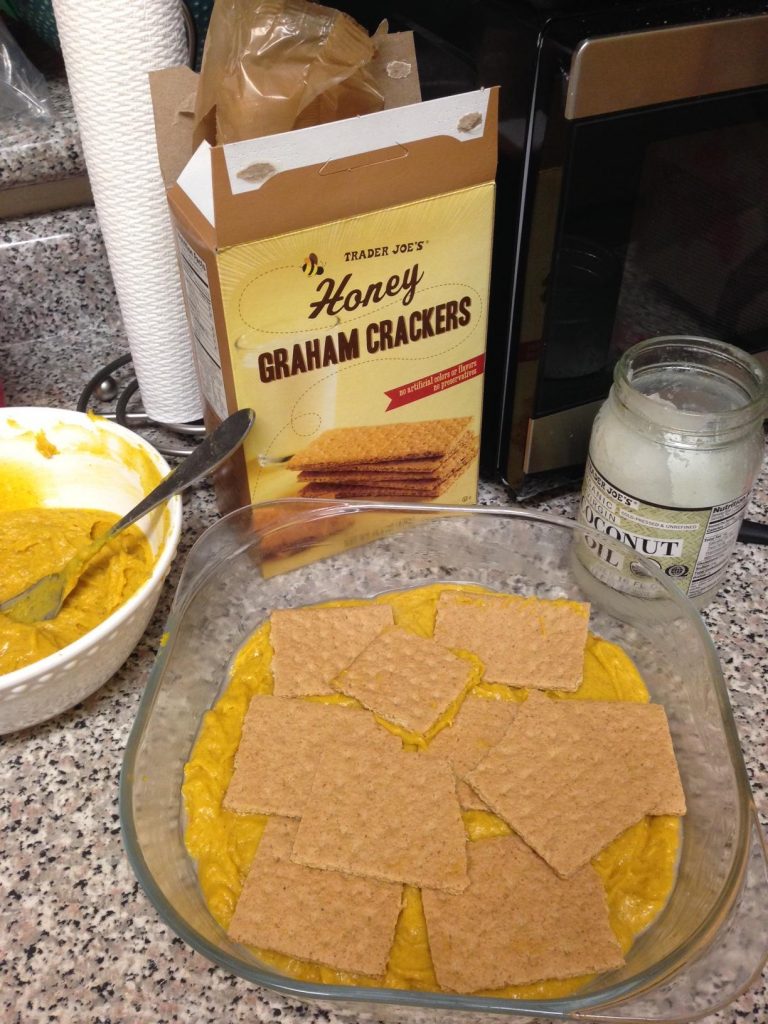 Layer lots of chocolate on top 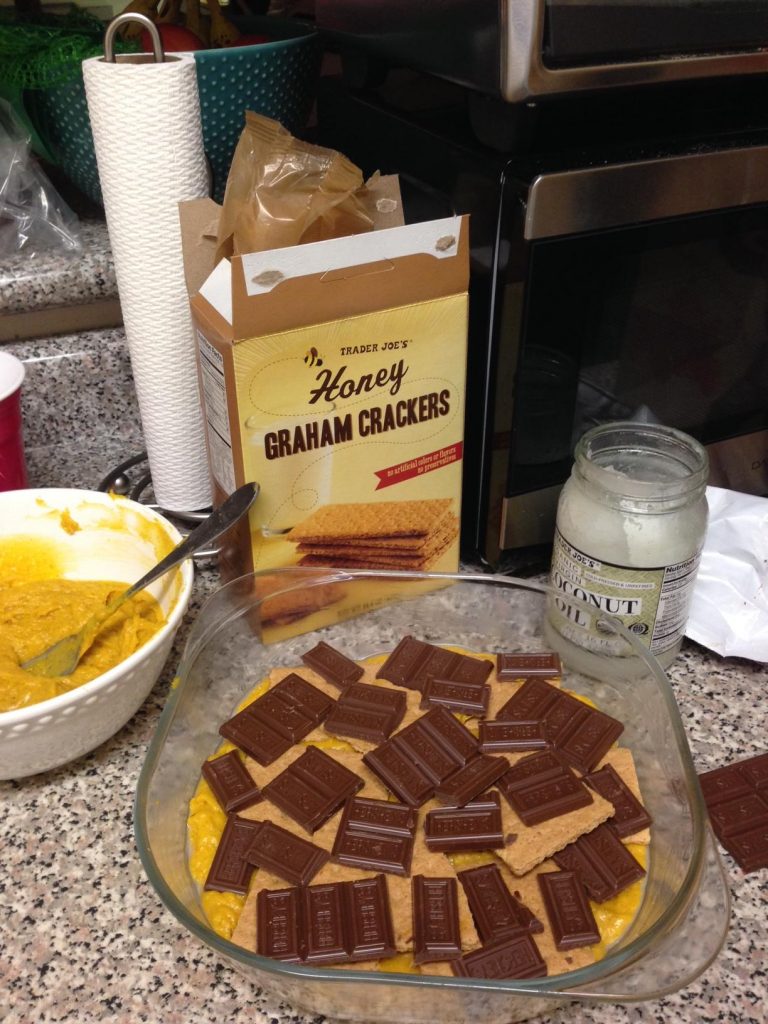 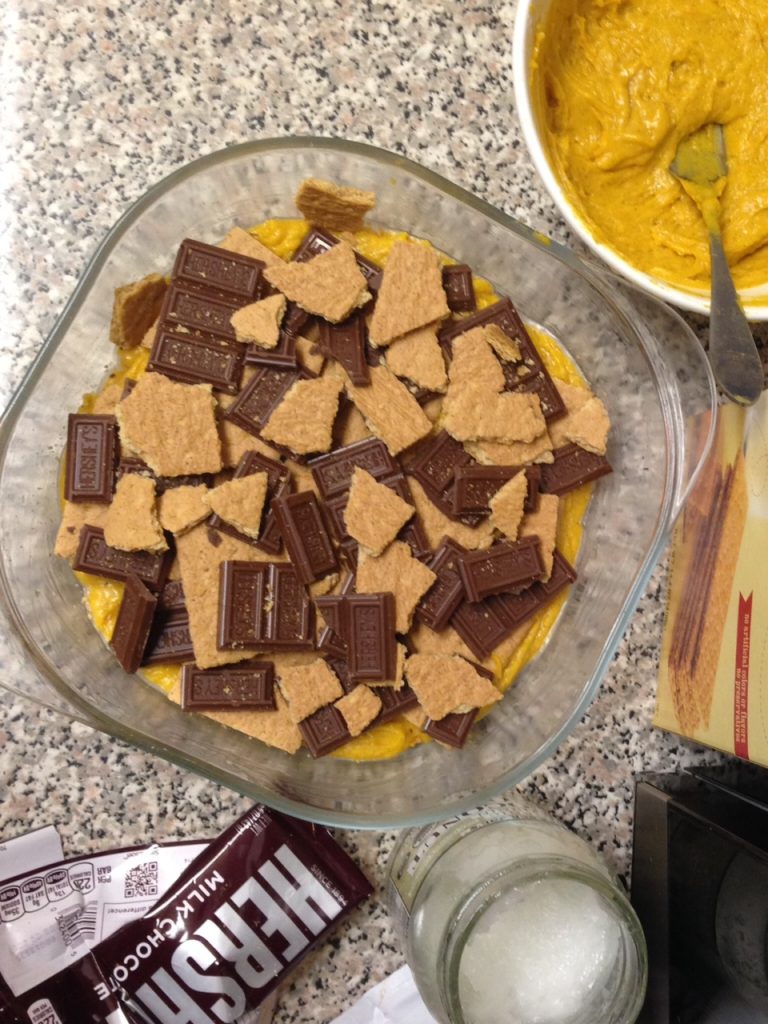 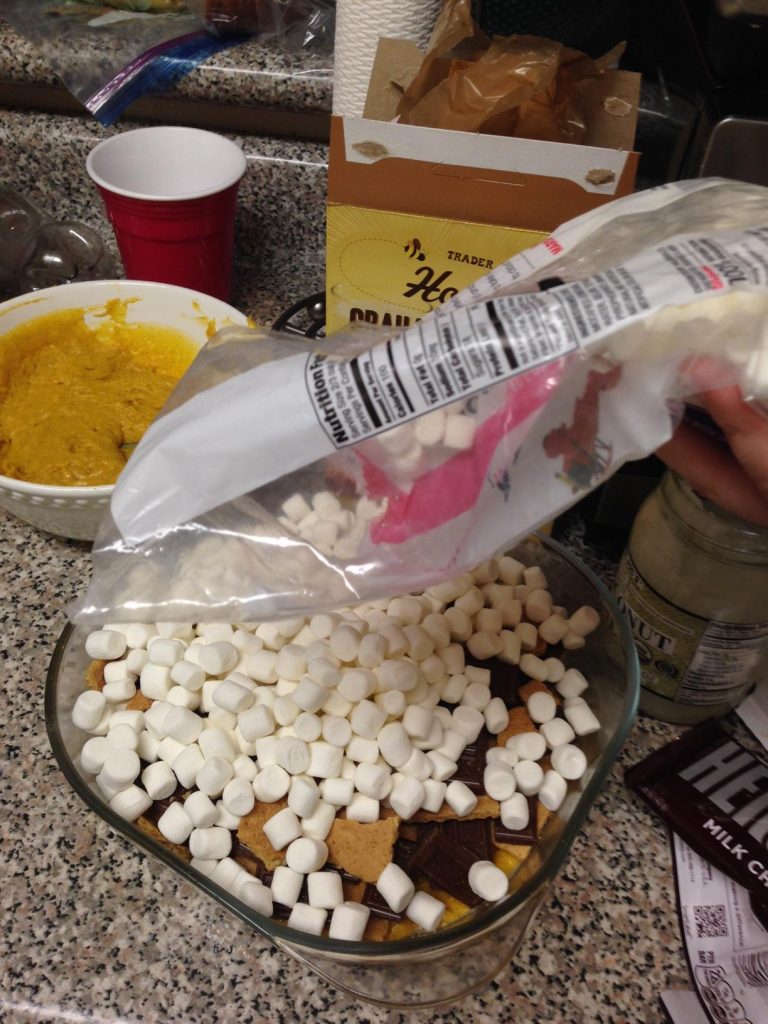 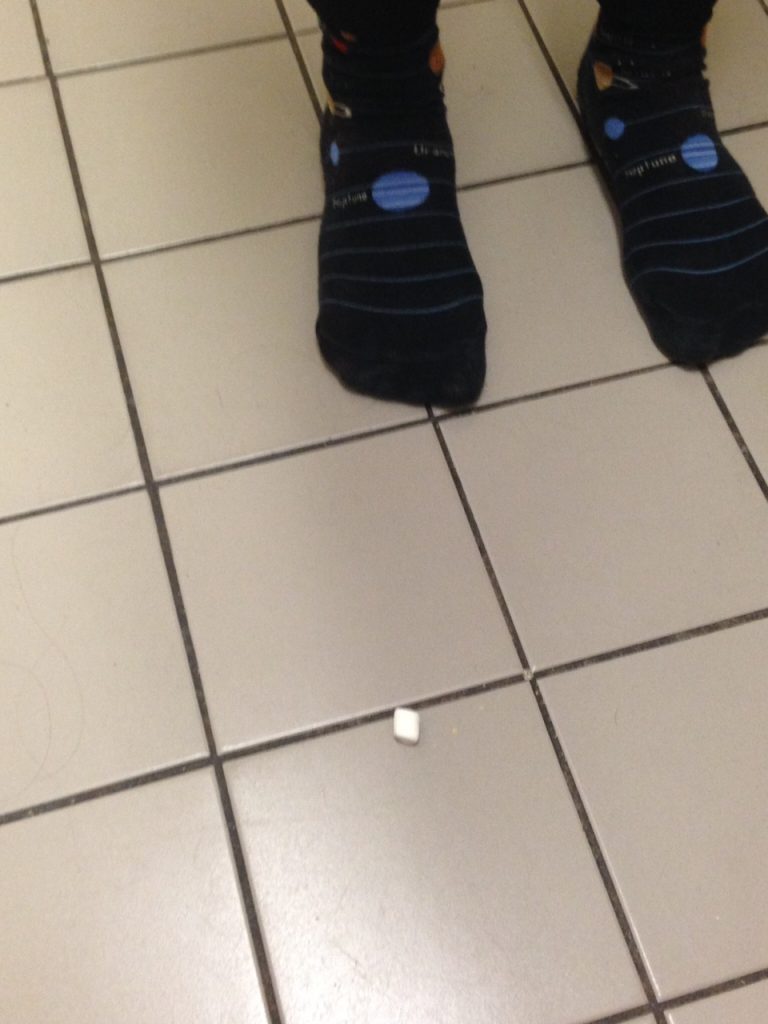 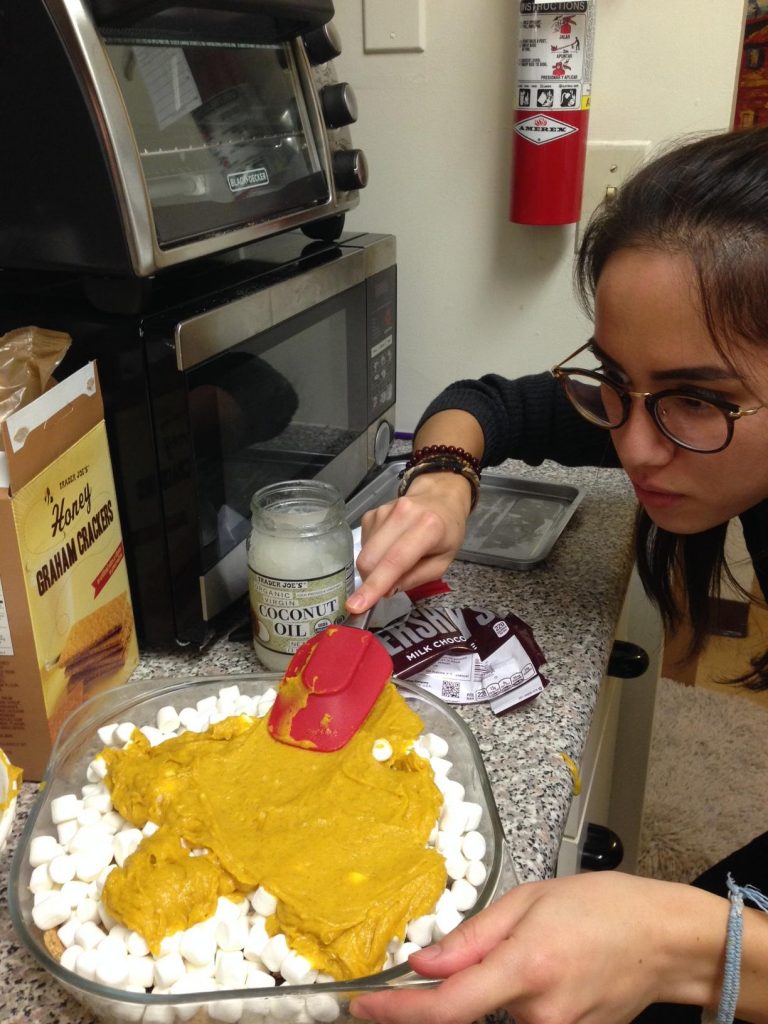 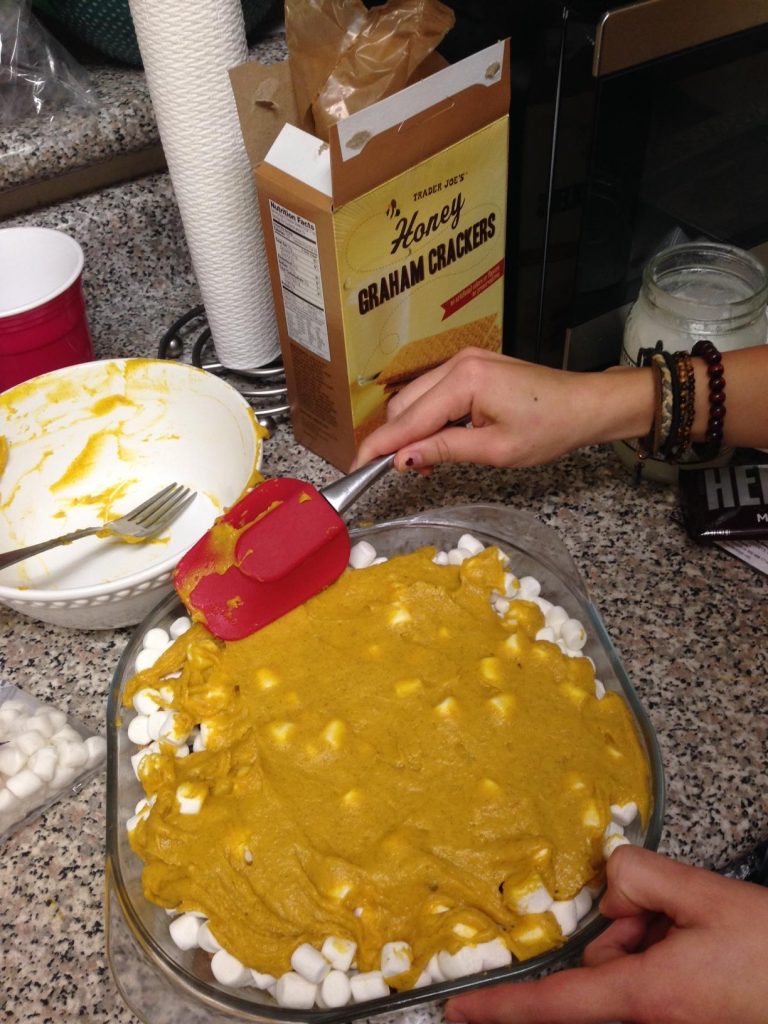 Sprinkle a hint of graham cracker dust over the bars 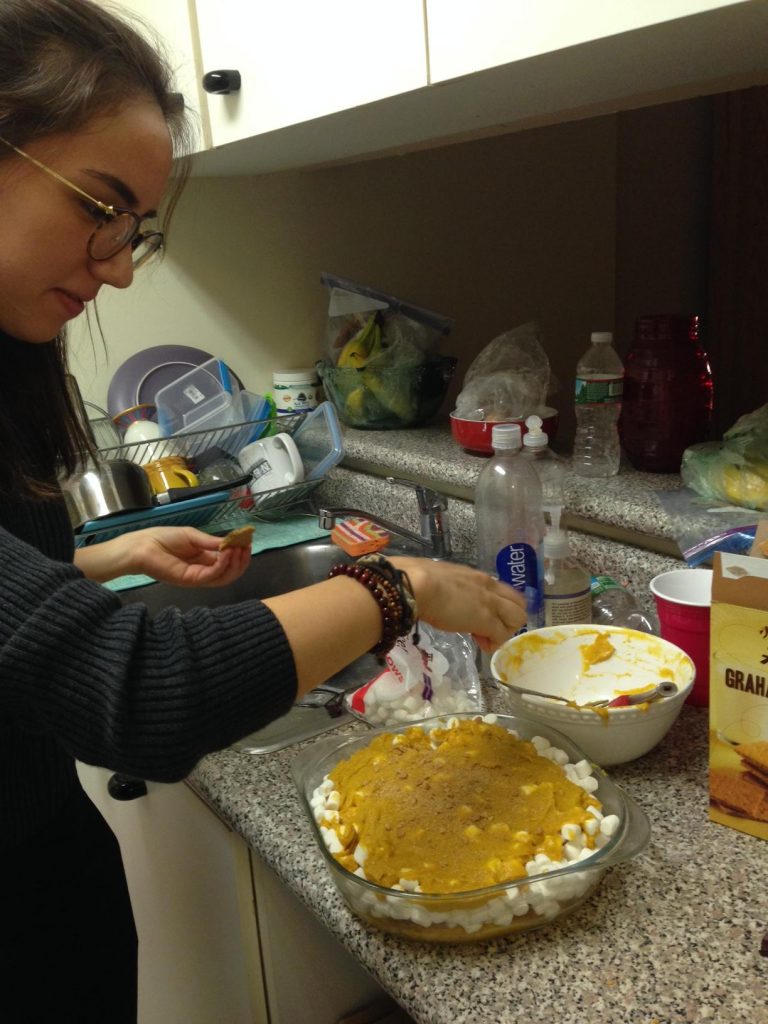 Because who actually remembers to preheat it at the beginning of the baking process. Be aware that if your gas oven was made in 1973, it won’t have a light or beeper to indicate when it’s ready, so just give it 10 minutes to get its shit together. 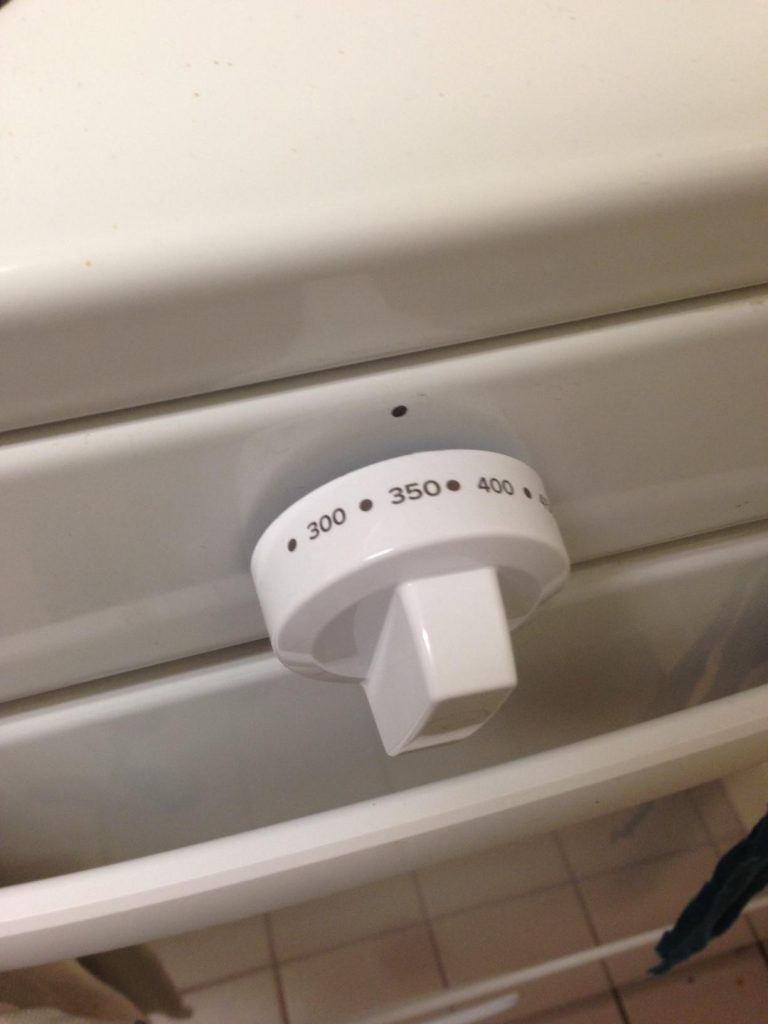 Put in your pan and set the timer for 25 minutes

As in the timer on your phone because the oven definitely doesn’t have one. 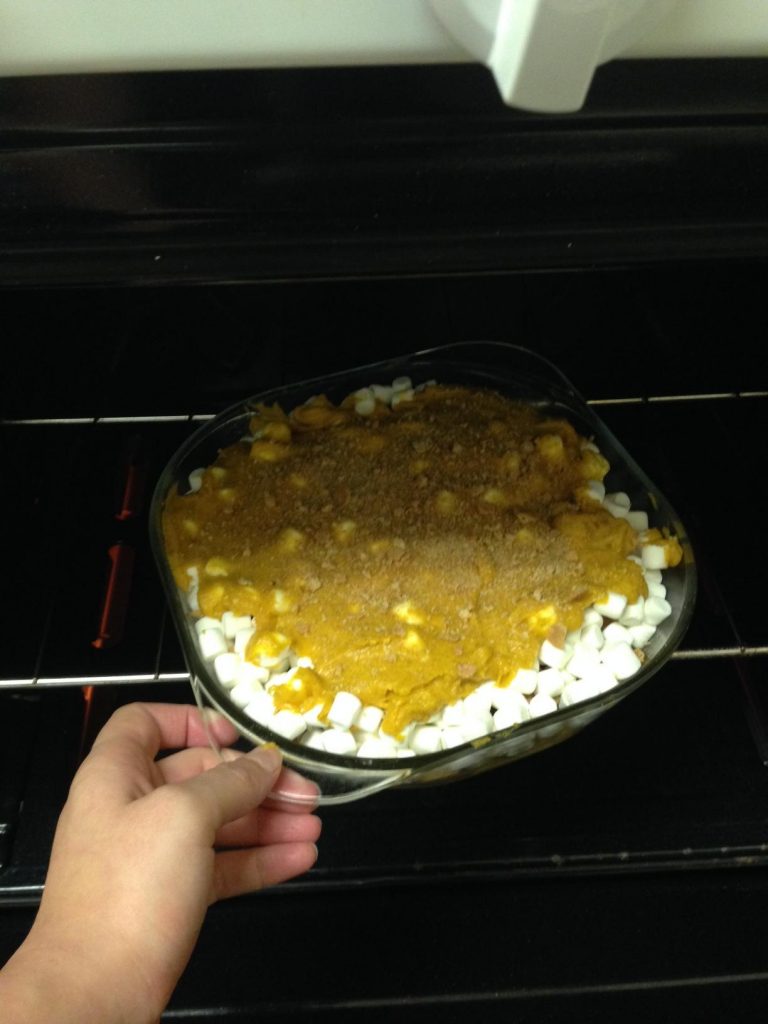 Watch Sex & the City for 25 minutes

Pull out bars and check to see if they’re done

Done here meaning gooey and still slightly undercooked because that’s the best way. Plus, who has any patience to let them bake longer. 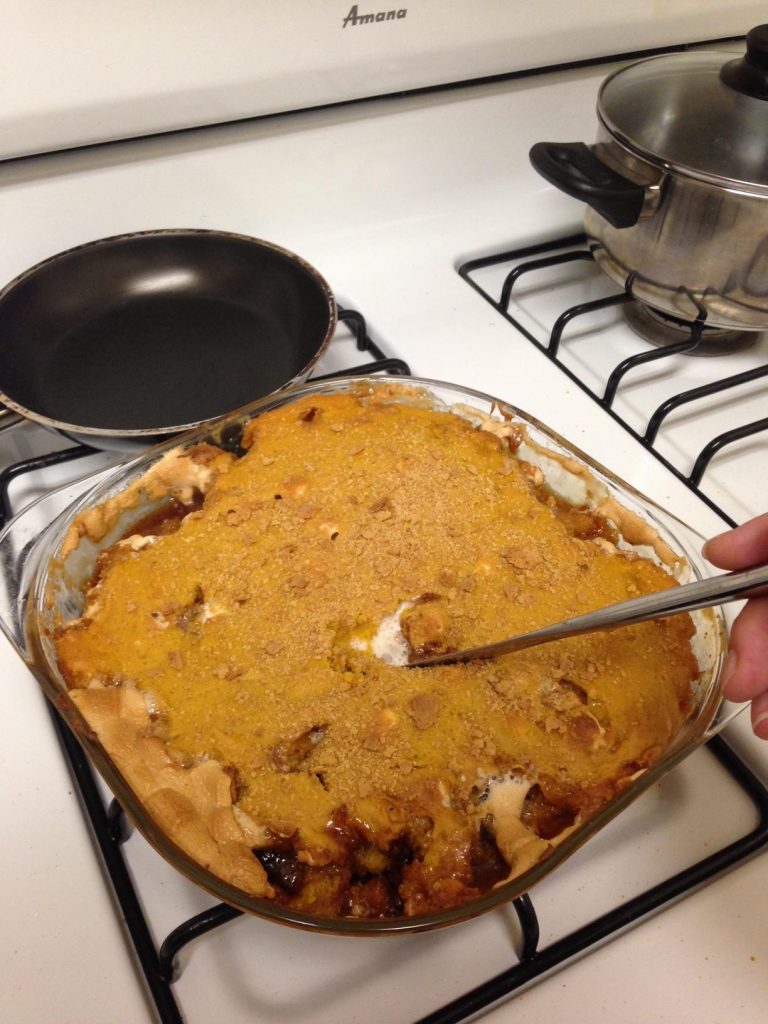 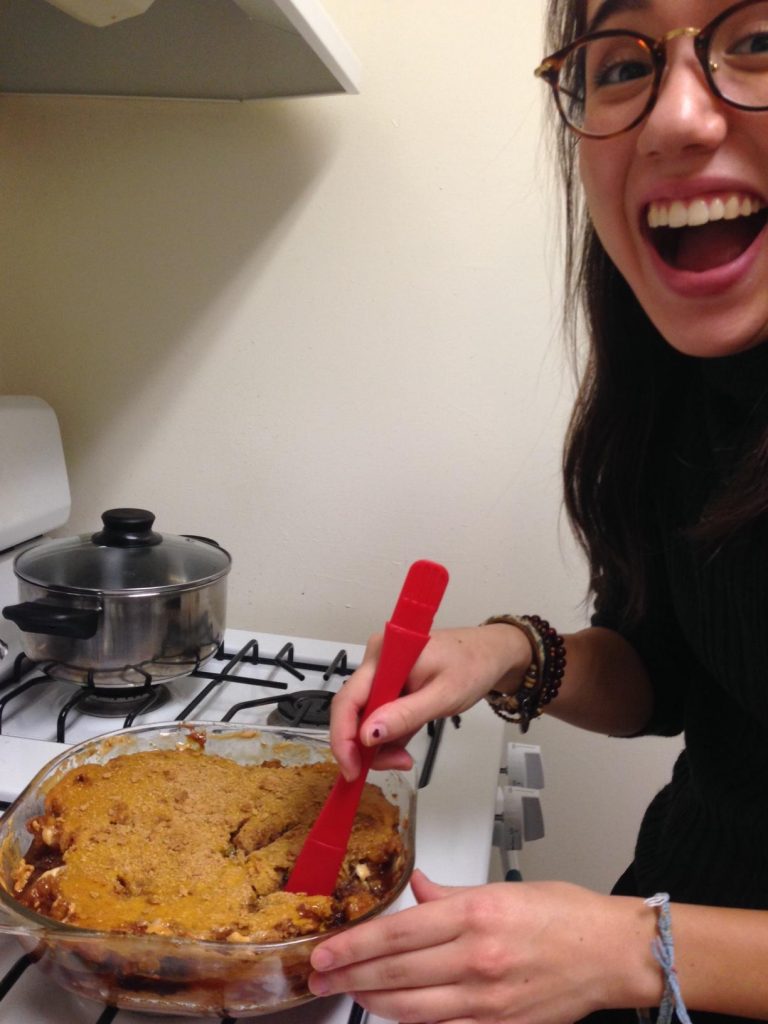 Cut in squares and serve to yourself 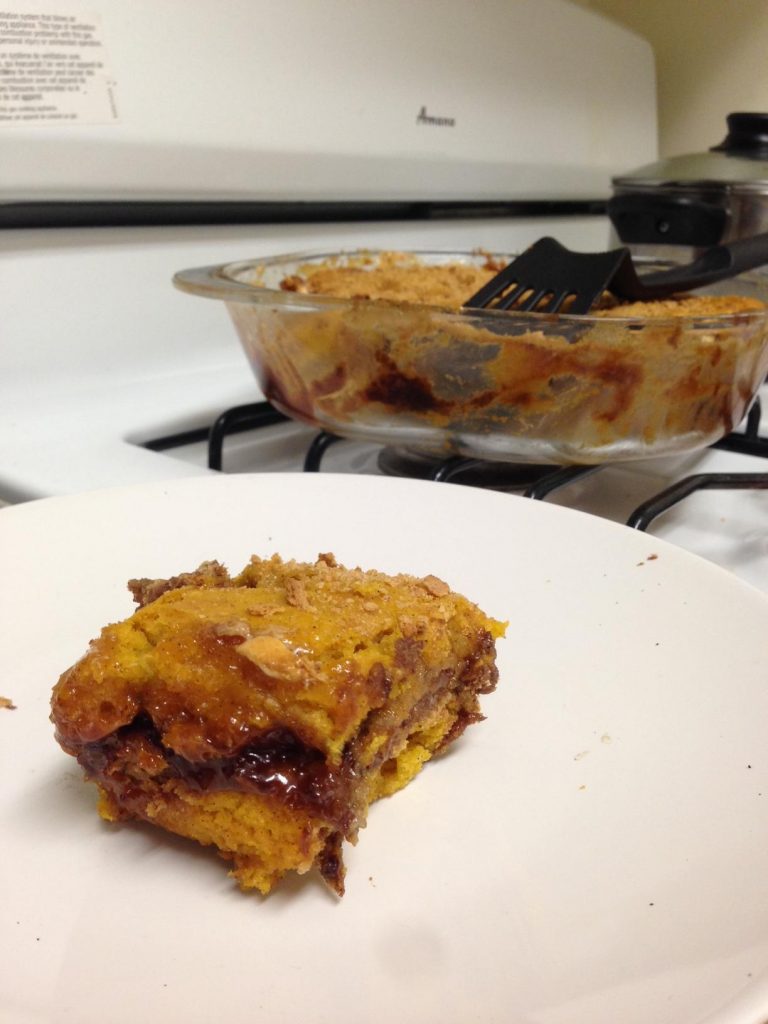