The student was in a cab on 33rd in Midtown

A 21-year-old NYU student says she was sexually assaulted by her cab driver at around 1am on Saturday evening.

Police are still unsure as to whether or not it was in fact a cab, or another vehicle. According to NY Daily News, the woman claims the cab driver took her to a secluded area and both sexually assaulted her and smacked her in the face.

Students remain aggravated by NYU’s response to the assault. 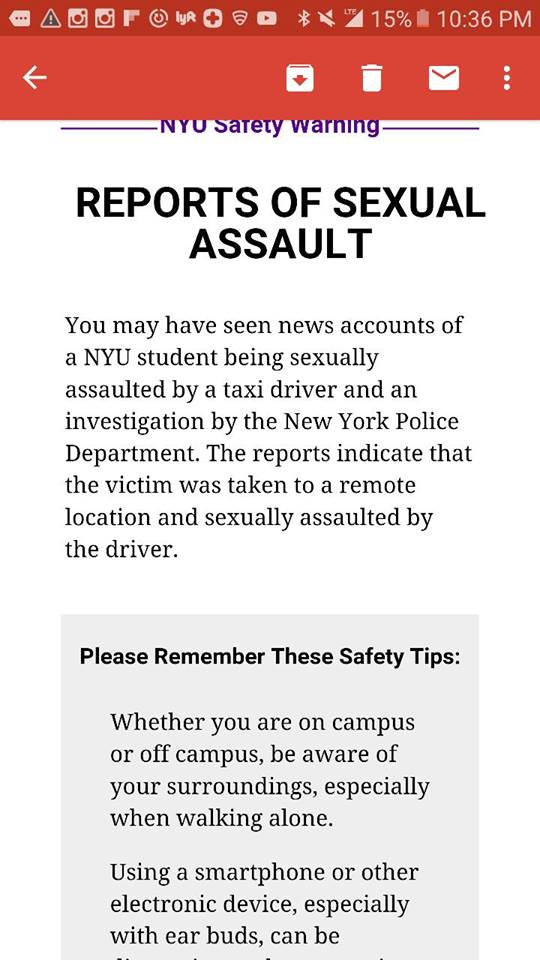 It is likely this girl was in fact ‘aware of her surroundings,’ and did believe she was being safe, hailing a cab in her own city on a night out.

After the attack, the driver dropped her at E 12th and 3rd, where she called 911 and was treated for bruises on her face.