Steinhardt sophomore Nick Harris recently released “Party (But I Don’t Even Party),” a rhythmic, synth-fueled collaboration with SYSYI. The West Virginia native’s piece is signed to Artist Intelligence Agency, and at the age of 20, Harris’ career has already begun to gain steam. The Tab caught up with the musician in Downtown Manhattan to talk about upcoming projects and the inspirations that fuel his music. 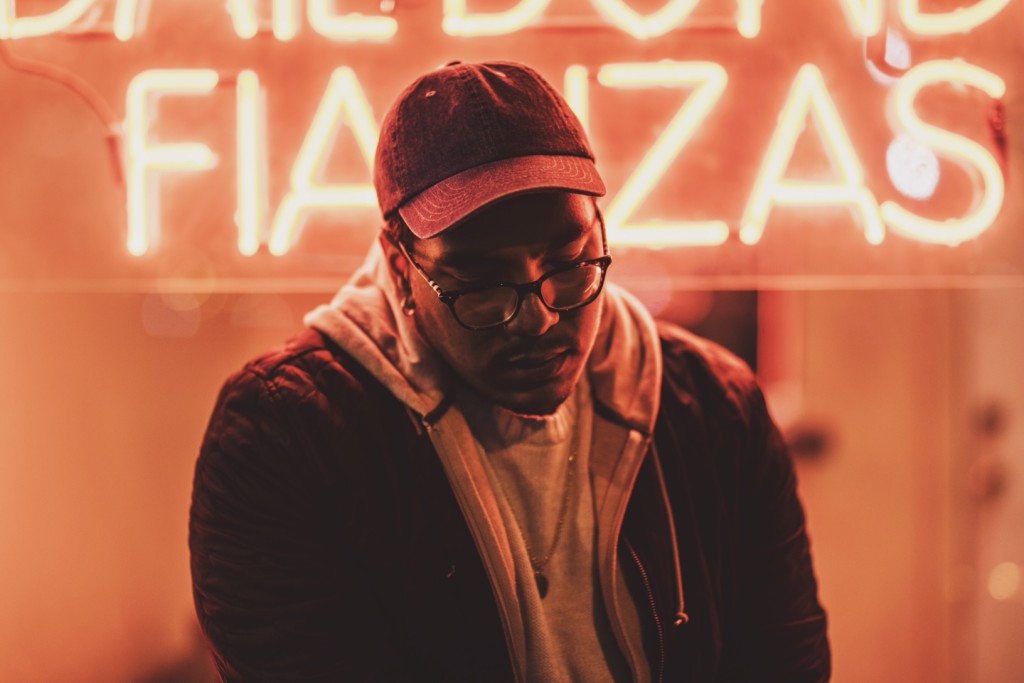 Tell me about when you first started getting into music.

I’ve loved music since I was a kid. I started playing guitar when I was seven, playing classic rock like Fleetwood Mac and Jimi Hendrix. I spent every bit of my time trying to learn how to play the guitar solo from “Welcome to the Jungle,” that kind of stuff.

Then I started to tell myself, I’m going to do hip-hop, because I always knew that I wanted to branch out as my own artist, and hip-hop gives you a lot of freedom to make progressive music, but still stay close to your roots.

Do you remember growing up on a certain artist or genre that your parents listened to?

My mom basically raised me as a single mother, I didn’t really have a father figure until later on, and she used to listen to Missy Elliott, Eminem, and 50 Cent, which I know sounds so crazy, but my mom had me when she was so young that she was listening to hit music. By the time I was seven, I knew all the words to “In the Club” by 50 cent. That’s pretty much where it started, I just took a huge interest in music at a young age.

Did you have teachers at school for guitar?

I had a 30 minute lesson one time a week, and that helped me progress as a musician for sure. Then I ended up playing marching band in high school for a little bit, but I hated it.

I feel like everyone has super mixed feelings about high school band.

For me, it was the fact that I couldn’t play what I thought sounded good and it was like, I have to listen to this guy tell me what I want to play. So, I switched into jazz band, where I got to improv and do more of what I wanted, and ended up playing upright bass, which was even more fun. 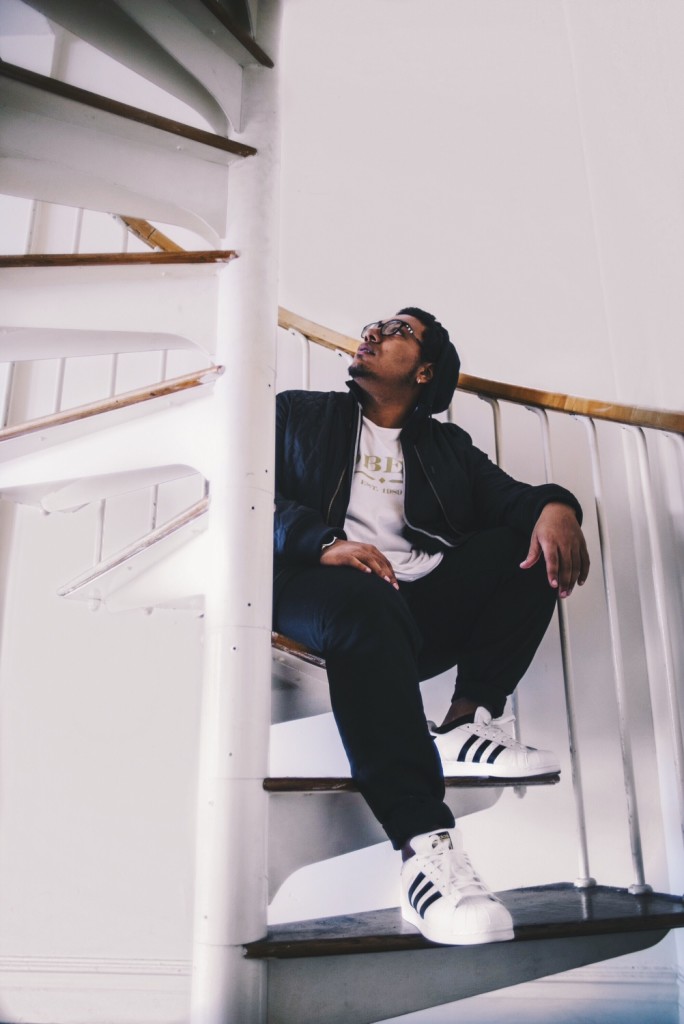 What kind of music do you listen to now?

I feel like I listen to such typical rappers, because I bang with Young Thug, Future, and everybody listens to them. I definitely like Chance the Rapper, he’s huge for me. But as far as underground people, there’s this guy named Smino Brown, who’s out of St. Louis. I really like what he’s doing, he’s super cool and very progressive with his music, but not crazy experimental to the point that you can’t even listen to it.

If you look at my song, it’s interesting and not what you would normally hear, but at the same time it’s very digestible, which I think that’s a big challenge for a lot of artists. Take Kanye West, he’s one of the biggest artists of our generation, and with each album he’s able to progress the sound of hip hop, but also make hit songs. That’s really inspiring to me, the fact that he’s able to keep growing but like never hit that wall where it’s not good anymore.

So music that’s different, but still workable with the current audience.

Yeah, so people will still like it. Good music is good music, at the end of the day.

What specifically about Smino Brown’s music do you consider progressive?

His style is very interesting, and the production is very percussive. It has more than just kick, bass, snare and hi-hats; it has bongos and other crazy sounds. He has a great voice, great flow, great melody, he’s just really onto something. 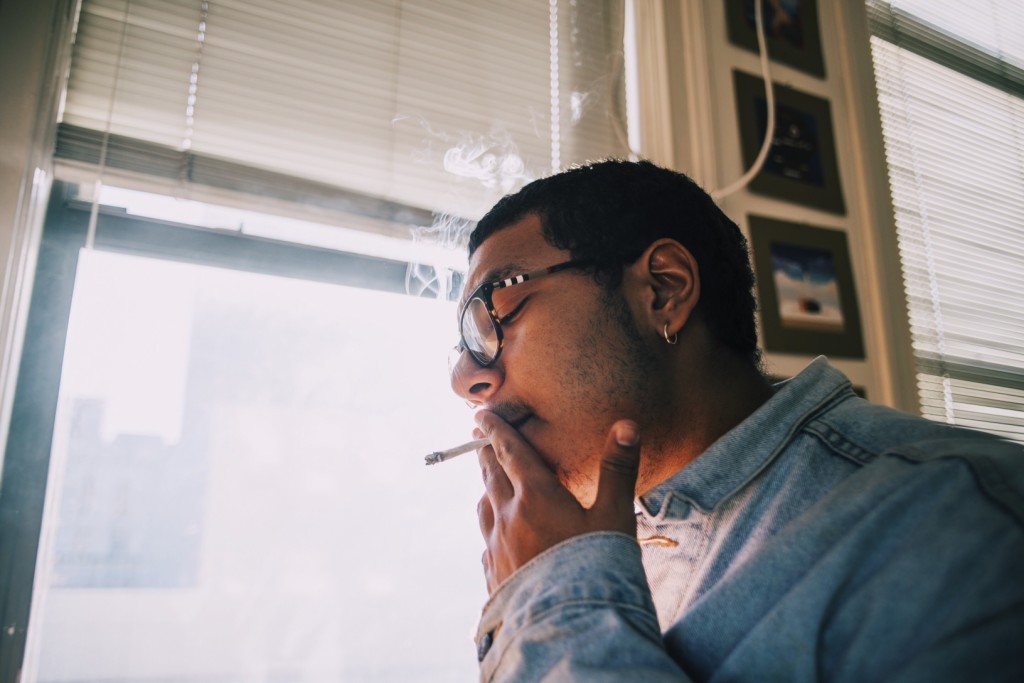 How has your music developed since high school, with coming to college and all of the exposure in New York?

I think I’m just more hip, if that makes sense. I follow more music blogs now than I used to, like Earmilk and Complex, so that keeps me in touch with what’s happening and what’s coming out. Some of it I like, some of it I don’t. When you make music, you think about music more, about the tools used by other artists to make their songs, and if you can use those tools too. Music is enjoyable, but it’s also a learning experience.

Today there are so many online platforms where young artists produce their own content, how do you think that changes the possibility of what can reach the mainstream public?

The landscape of music has changed so much since SoundCloud, or Twitter, all social media, because you can promote your stuff in a better way, where before you had to stand on the street and hand out mixtapes, or go straight to the labels and pitch your work. There’s a lot of variety to choose from, and it gives people the freedom to create what they want. It’s so cool and crazy how many new artists are coming out. 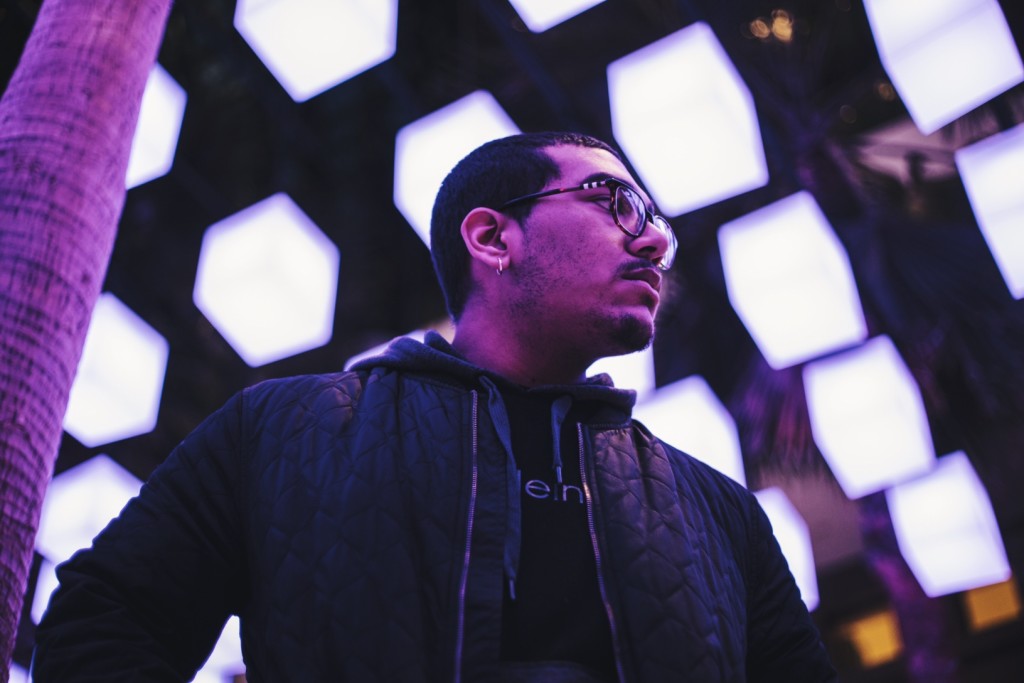 Tell me about your music style. What inspires your songs?

With this last one, “Party (But I Don’t Even Party),” I remember I was freestyling over another track, and randomly went (singing), “Cause girl I make songs for the party and I don’t even party,” just fooling around, because I really do hate parties, it’s not my thing, I’m just a chill guy. And I was just like shit, that’s kinda hot, and I remember I said this isn’t the right song for that, but I’m going to find it. And so I did, and it worked out really well.

But it’s funny because I put out that song and it’s almost EDM and pop vocals, which I really like, but my music is about to head in a completely different direction. “Party (But I Don’t Even Party)” is very synthesized, and I’m going to start doing more raw music because the more live shows I see, the more like I realize it’s imperative that your music translate well live. It’s hard, and that song would be extremely difficult to perform well, because it has layered vocals, it’s auto tuned, it has a lot that doesn’t translate as well. I saw Chance the Rapper back in October and I was like holy shit, this guy’s amazing. People should talk more about how talented Chance the Rapper is. And that made me think that I should still rap and sing, but take a more raw, melodic approach to my music.

How was “Party (But I Don’t Even Party)” created?

I was going through SoundCloud and I came across this producer named SYSYI. He had this track up, and I messaged him saying hey, you’ve got to let me write a song to this and he said of course. So I started writing it. This was over the summer into sophomore year and during that we did a release of another song which was put up on his SoundCloud. Then about a month ago, he messaged me asking when we were going to put out “Party (But I Don’t Even Party),” and I said let’s do it.

Had you had it finished for a while already?

I’d had it done for forever, I’ve had a lot of songs done for forever. But songs are like commodities. When you make a good one, you don’t want to just throw it out and not get a good response. But at this point, I’m really just going to focus on dropping songs and let the music promote itself. I feel like my music is pretty good, to the point where some people will listen to it, and they’ll be fans of it just for the music. That’s what I’m working towards right now. 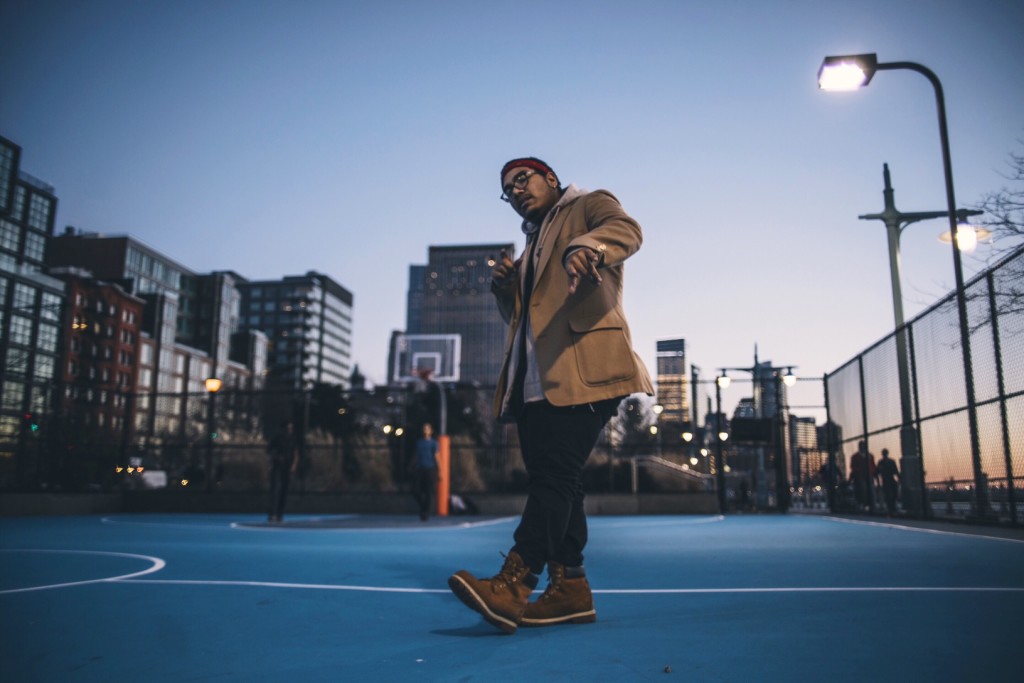 Do you have anything new coming out soon?

Greg Aram, who’s also from my program at NYU, did a verse on this song that we’re about to put out. I have a bunch of stuff that I haven’t dropped, but I’m the most excited about that one. I also recently signed “Party (But I Don’t Even Party)” to Artist Intelligence Agency, which is an independent promotion label. It’s good exposure, and they’re gonna re-release the song pretty soon. I’m excited about that, because being on the radar for future releases is cool, and I’ll probably do some exclusives with them later on. I can’t wait to see what happens, because I feel like that’s what’s missing, the connection to more people.

Definitely, the song is great.

Yeah, I can’t wait to see what happens, because I feel like that’s what’s missing, the connection for more people to hear the song. It’s hard when you first start out because you don’t have many resources, but time and effort separate the people that try and the people that do. You have to face disappointment, and you have to power through.

What message do you want to convey through your music?

I want to reflect youth culture, but have my own way of saying things at the same time. With “Party (But I Don’t Even Party),” it’s an underground movement that’s getting more popular, like the Anti Social Social Club. It also happened to be the way I felt last year when I wrote the song, because I’m a part of youth culture, and I want to be unique in the way I present it.