How to have a political conversation like an actual adult

A guide for everyone at NYU

Political conversations are inevitable at a school like NYU, but are still highly-feared as a topic of discussion; with the Presidential campaign heading into full swing, it seems like people are either afraid to voice their opinions publicly or believe that theirs is the only one that matters, and there rarely seems to be an in-between. Even with many adult-adults (i.e. parents, relatives, etc.), I find myself frustrated by their inability (or refusal) to participate in a functional political conversation, because they either fear causing offense, or fear being offended.

Older generations are actually the worst offenders of being offensive (in my experience) due to my being so young and, therefore, my political opinions blatantly not being taken seriously. As for those of our own generation, I find that the general issue is a lack of open-mindedness and respect for other people’s opinions within the conversation. Although, those are some pretty-big blanket statements – so, kudos to you if you defy those stereotypes! (Wait, do you even need to read this article, then?) 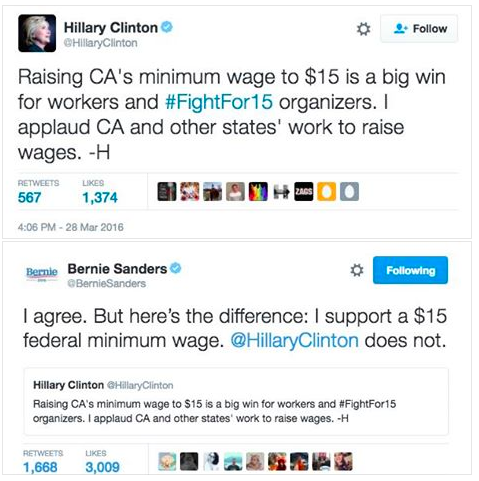 The tension is REAL

When I was young I was told “talking ‘politics’ is the quickest way to ruin a dinner party,” and just I’m so tired of that mentality – of everyone treating the topic of politics as an argument instead of a potentially-useful conversation in which all parties walk away enlightened and more open-minded! The problem is not that political conversations are offensive, it’s that the people having those discussions are.

I don’t want to keep my mouth shut when it comes to politics, because I’m generally interested in your opinion, and because we all have a say – the point of a political conversation is not to assert your opinion, it’s to share it. (Democracy, am I right, guys?) Whether or not we see eye-to-eye is not the point, and it’s not conductive whatsoever – what is there to gain from a conversation in which you are only speaking and never listening, and in which you are more focused on explaining why you are right instead of contemplating why you (in fact) might be wrong. Finally, what use is there to political opinions if they never change? 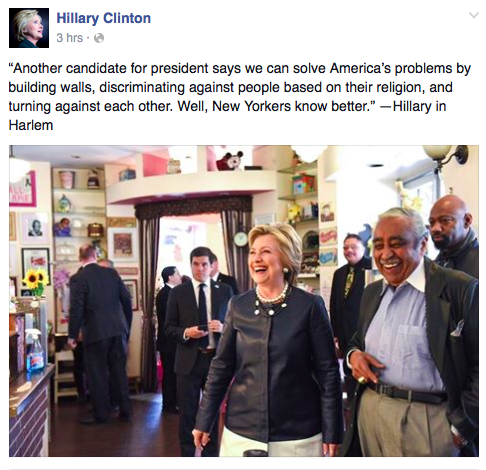 It is okay, natural, and in-fact preferable to adapt and change your political opinions based on new information and new beliefs, so I’ve put together the do’s-and-don’ts of political conversations so we can all finally (and responsibly) engage in arguably the most important topic of discussion of our existence:

When you use generalizations and definitive statements in a political discussion, you’ll just end up looking completely uninformed, and your opinions will most likely not be taken seriously thereafter. Worst of all, generalizing and making definitive statements is the easiest way to offend someone. Be specific in your discussion with facts, examples, and credible sources – most importantly, remember that there is almost-always an exception.

Use personal experience responsibly and sparingly

Use FACTS from reputable sources (and memorize them)

I know this sounds excessive, but what point is there to reading articles, statistics, and news about politics if they go in one ear and out the other? I’m not telling you to memorize the contents of an entire economic journal, but if there’s a small bit of information (supported by official studies/journals/sources) that closely aligns with your political beliefs, memorize it! It will come in handy during your next political conversation, and could be just the fact that drives your point (whatever it is) home. Stay informed, the correct way.

Never be insulting, condescending, or raise your voice toward those with different opinions

“The louder you speak, the less people will listen.” In the context of political conversations (as in, not protests, rallies, etc.) a person is not going to take you seriously the second you start to use a condescending tone or raise your voice toward them, because 1) they are too busy feeling offended to genuinely listen to what you’re trying to say, and 2) it’ll make you appear as though your beliefs are fueled by harsh emotions (i.e. anger, hatred, etc.) rather than facts. Keep it kind, calm, and respectful, and when in doubt, ask a question that opens up the conversation, such as, “Why do you feel that way?” 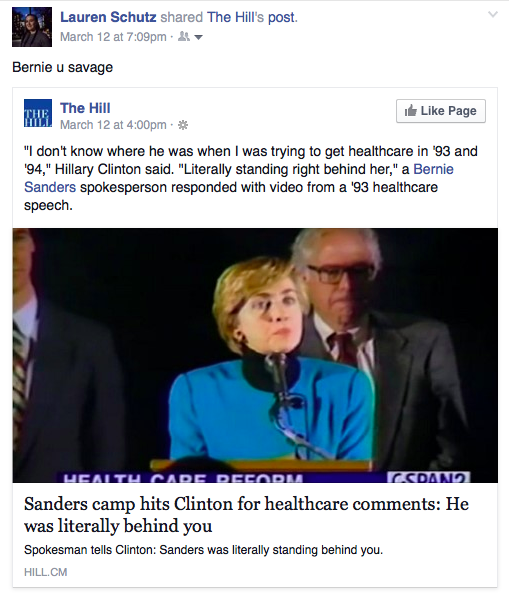 All of the sass

If someone is basing their opinions off of incorrect information, politely inform them so (with sources)

It’s happened quite a few times where I knew for a fact that the information someone was repeating to me was completely incorrect, or was just a blatant generalization. And I’ve seen other people reacting to this same thing by angrily telling the incorrect person that they’re wrong, stupid, etc. – and that’s just so pointless and inefficient. Instead, politely inform them that their information is incorrect, using Google (yes, an amazing addition to any political conversation) to find a source with the correct information, and show it to them. Who knows, maybe you have incorrect information – whenever there’s a discrepancy, Google, Google, Google. 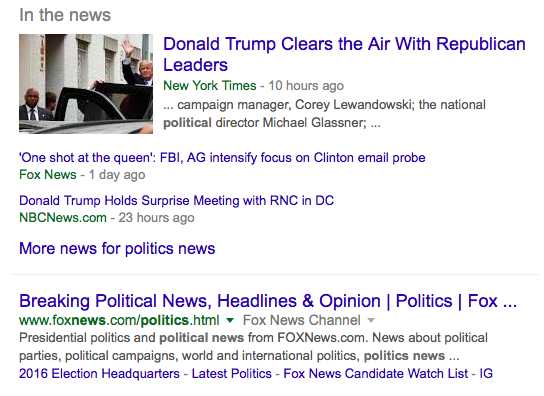 Google is your friend

Always deeply-consider the other side of the argument

The worst offender of a political-discussion-gone-bad is either/both parties not opening their minds to the other side of the argument – if you can’t even consider the possibility that the other person may be right, than why are you even engaging in this discussion? When someone says an opinion that you feel is incorrect, offends you, or is based on a generalization, take a deep breath and take a moment to consider which parts of their argument may have merit, and which do not. Then you can continue the conversation with a specific breakdown of your response, such as, “I agree with ______ because (…) but I disagree with ______ because(…)”

If someone disagrees with you, that’s OK

Like I said before, the point of the conversation isn’t “My beliefs are correct and this is why,” it’s to share your ideas, opinions, and hopefully leave the conversation with a broader view of the issues discussed. It requires quite a bit of empathy, kindness, and (shocker) maturity to respect someone’s opinions no matter how little they align with yours, because you have to remember that there is no actual “correct” belief or opinion – it’s all relative to each participant in the conversation.

Always be open to changing/altering your opinions

No one is going to view you as the lesser if you change your opinions mid-way through the conversation, because you, my friend, are staying open-minded. Political opinions change, and that’s just the way things are. Remember when women didn’t have the right to vote because men thought women had the same size brain as a squirrel and therefore couldn’t make educated decisions (i.e. VOTE)? Imagine if no one had changed their political beliefs over time – America would still be where it was in the early 1900’s. Trust me, 60 years from now you don’t want to be that stubborn old person holding-fast to their racist and sexist beliefs who doesn’t have any friends in the retirement-home – it just doesn’t sound fun for anyone. 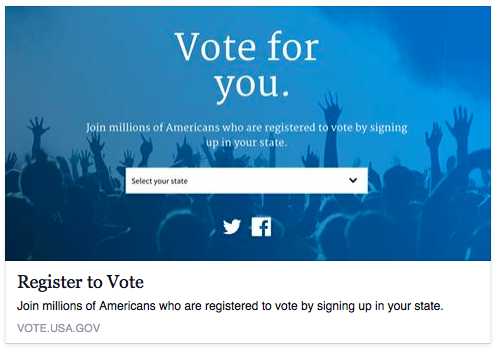 Did you register to vote?

Actually listen, and listen more – speak when it’s your turn

Too many political discussions are full of people never listening and simply waiting for their turn to speak. When someone is speaking, stop and pay attention. Actually listen to what they have to say, because what’s the point of a conversation where you haven’t heard a single thing the other person has said? It’s a discussion, people, not an argument – it’s a simple give-and-take.

Try to meet in the middle or suggest a better alternative

If you have the polar opposite political beliefs of the person you’re discussing politics with, (I REPEAT) that is OK. It’s very possible that you two can meet in the middle on an issue or suggest an outside-alternative that satisfies both of your beliefs – because (remember) the point of this is to open your minds and discuss solutions that you believe would benefit the country most!

Lastly, and most importantly: Know when you’re beating a dead horse

It doesn’t matter how hard you try to be a kind and respectful partner in discussion if the other person/party is rude, disrespectful, or simply refuses to keep an open-mind – if this is the case, cut your losses and just end the conversation. There’s nothing to gain from a political conversation where there is no growth on either side. No one wants to discuss politics with a person like that – remember that.