Hillary racks up support in NYC with Harlem rally

With mere weeks until the state’s primary, Hillary is pulling out all the stops 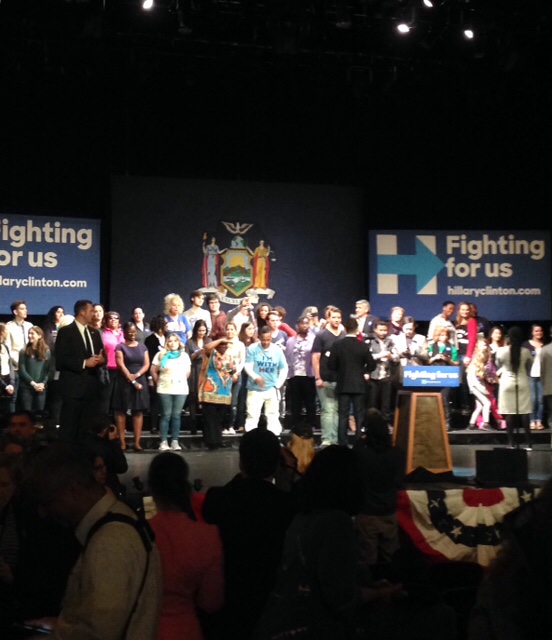 Senator Chuck Schumer introduced Clinton to the stage by detailing his experience working with her over the eight years they served together as senators of New York. He said: “She understands the biggest problems affecting our country, more than any candidate in the race. She internalizes the concerns and fears of everyday Americans, and turns to action. Hillary delivers.”

Schumer highlighted Clinton’s long-time involvement in healthcare, from her role with CHIP, the Children’s Health Insurance Program that, since its enactment in the nineties, has provided medical financial aid assistance for eight million children, to her promotion of the James L. Zadroga 9/11 Health and Compensation Act, which provides screening and treatment to thousands of first responders who retained health issues as a result of exposure to the destroyed WTC. 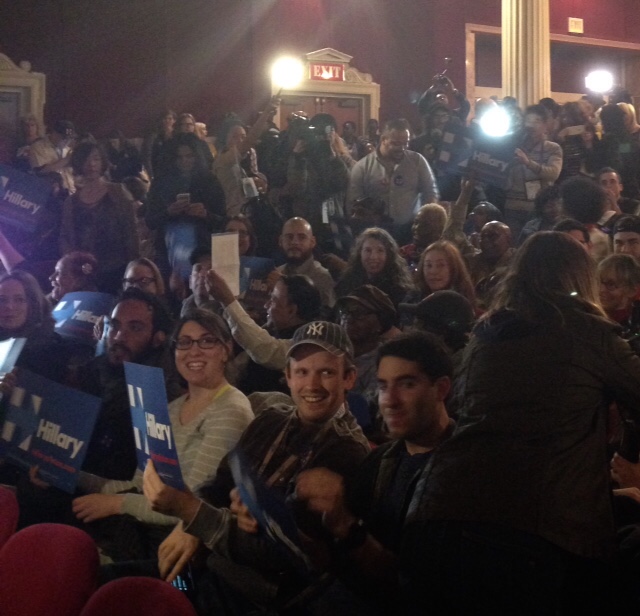 Former Secretary Clinton then took to the podium, opening with a memory of her involvement as a senator in the aftermath of 9/11, and attacking the leadership President George W. Bush at the time. She said: “Trickle-down economics made life harder for working people here in our state.”

Clinton touched on almost every topic existing in the election race, from expanding clean energy, to providing quality affordable childcare and early childhood education. She discussed unemployment, avowing that companies moving abroad for cheap labor and tax evasions would be “slapped” with an exit tax.

Addressing her opponent Bernie Sanders, who is also rallying for New York’s support as his home state, Clinton said “The numbers don’t add up. New York is a city that likes to get things done. I’ll take a back seat to no one.”

Clinton also took the time to speak to the Republican contenders, namely Donald Trump and Ted Cruz, for their allegations against her for playing the gender card. She said: “If fighting for equal pay is playing the gender race, then deal me in,” to thunderous applause.

She attacked Cruz for his proposal to racially profile Muslim Americans, and Trump for his statements advocating the use of torture tactics against captured terrorists, “Trump plays coy with white supremacists, he wants to ban all muslims from entering America. It’s cynical, it’s wrong, and it goes against everything America and New York stand for.” She quoted Maya Angelou, “‘When someone shows you who they are, believe them.’”

The 1500 seat venue drew a crowd that was predominantly middle-aged, with several voters that had young children in tow. 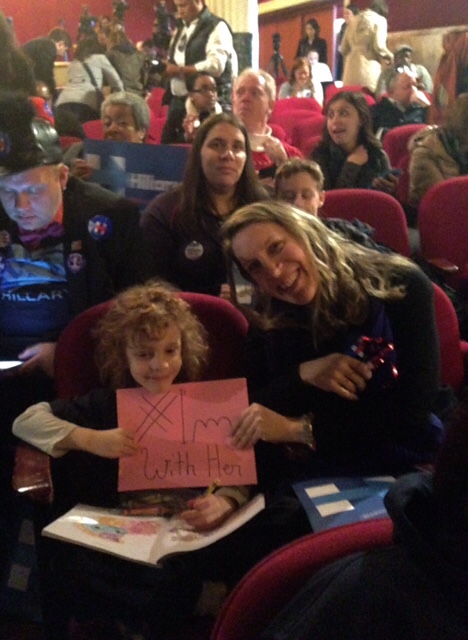 “There’s a lot of discrimination based on ethnicity and also disability. Lots of people with disabilities can’t get jobs that promote their talents. I have epilepsy and, even though there’s a law that prohibits people from asking intrusive questions, I get a lot of people hinting at what’s wrong with me. I feel that she can help us get more jobs in the workforce, and she can continue affordable health care that’s already covering women’s postpartum issues, scientific research, medical research, and doing a pretty good job.” 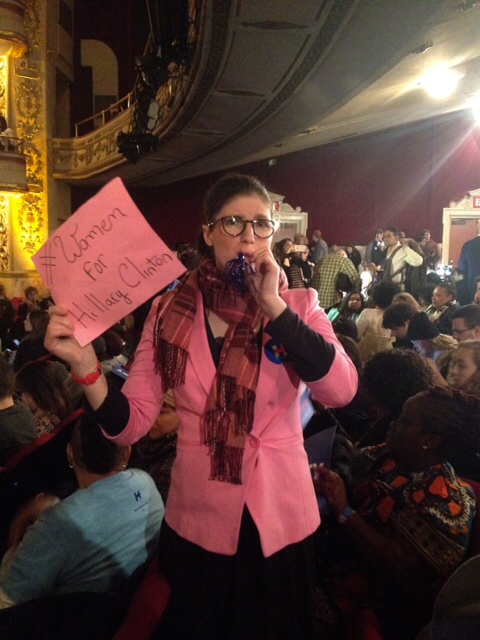 Supporter Kiara Balliram told me: “I’ve looked up to Hillary Clinton since I was nine years old, living in Philadelphia. The qualities that we need in a presidential candidate are pragmatism, reaching across the aisle, and being able to work with your peers, not this ideology of liberal versus conservative. When I hear people say that Hillary Clinton is a secret Republican, I say that’s not such a bad thing.

“Health care is very big issue for me, and immigration, as my mom recently became a U.S. citizen. I think we need to open our borders instead of closing them, and give a pathway to citizenship for the people that are already here.

“As far as healthcare goes, I know that Senator Bernie Sanders said he would go for single-payer healthcare, I do not support that at this time. I was able to get health insurance for the first time under Obamacare, so I would say that it has been successful and I think she should build on that. Hillary has outlined a plan that would work for us.”

The New York primary will take place on April 19.