I saw Donald Trump speak this weekend, and I wasn’t too pleased with the response he received.

But I’m getting ahead of myself here – let’s start with the beginning: 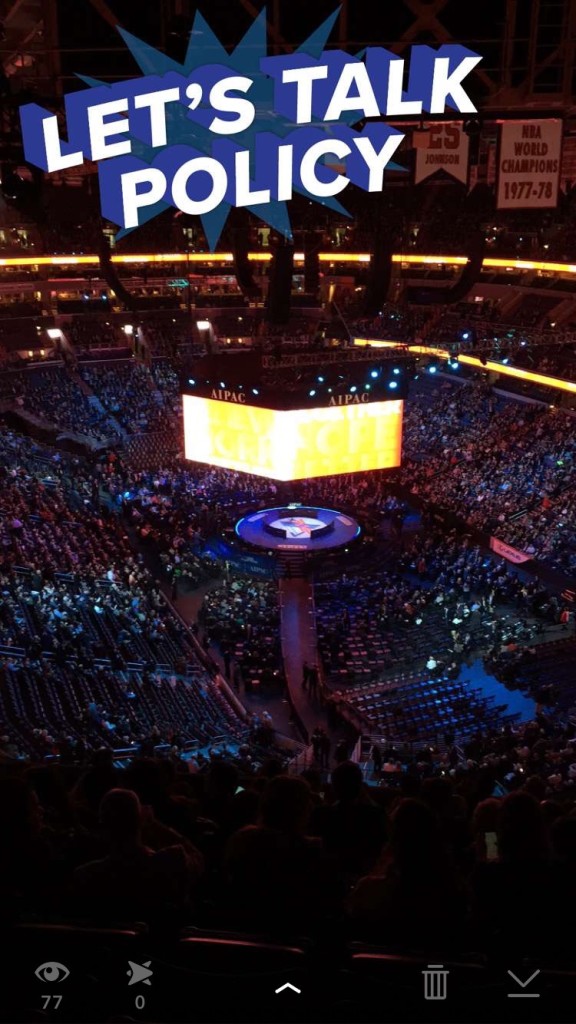 From Sunday-Tuesday, I travelled to Washington D.C. to attend AIPAC (American Israeli Public Affairs Committee) Policy Conference, which is the largest gathering of America’s pro-Israel community. Over 18,000 people came, including 4,000 students from campuses all around the nation, and because of its stands as one of America’s largest organizations, AIPAC brought in many high-profile speakers to speak to all 18,000 of us at the Verizon Center, which is the Madison Square Garden of our nation’s capital. Notably, Joe Biden, Paul Ryan, and four out of the five remaining presidential candidates (the man who is making people “feel the Bern” was the only one to not attend) accepted their invitations from AIPAC to give speeches on behalf of the US-Israel relationship (you can read Bernie’s Middle East policy here).

The Vice President who doesn’t know how to count kicked things off on Sunday night, and then Monica Lewinsky’s presidential romantic fling’s wife took the stage Monday morning, which only set the stage for Monday night’s GOP gallery with John Kasich, Paul Ryan, Donald Trump, and Ted Cruz. The first out of the four prominent Republican politicians to go was Kasich, Ryan followed him, and Cruz went last to follow John Oliver’s punching bag, who did the unthinkable during his speech. 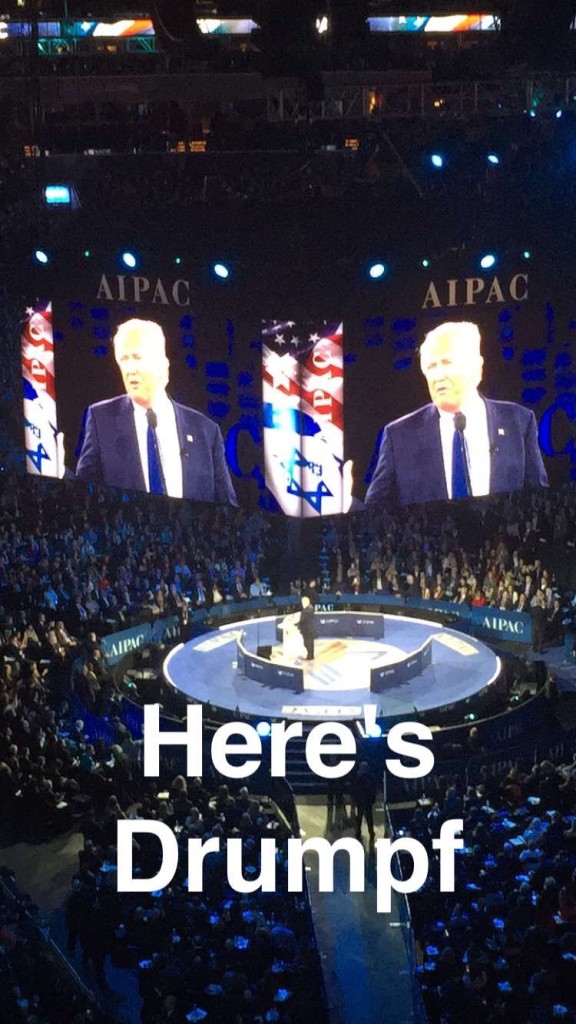 Donald Trump was introduced to a mostly skeptical and reluctant crowd – we all know of the bigoted, racist, and sexist “policies” he has preached throughout his presidential campaign – and there was even a planned walk-out during Trump’s speech. Nonetheless, he walked in proudly and confidently, like the way someone should do when he’s leading the Republican Party’s race for the nomination.

When he stood at the podium in the center of the arena, I knew something was different. The words that came out of Trump’s mouth were scripted and being read from a teleprompter, a far-cry from the improvisation techniques that we’re used to seeing from him, and within the first three minutes of the speech, a good amount of the 18,000 AIPAC delegates were giving Trump a standing ovation. As the speech went on, more and more people got up to clap for Trump’s rousing pro-Israel statements, and by the time Trump thanked AIPAC for the speaking opportunity, almost the entire Verizon Center sent off Trump with overwhelming approval. Here’s Trump’s speech if you’d like to see how it went down.

For the record, I did not clap my hands once for any of Trump’s comments and I only stood up to see his entrance (and to notice a Trump protester being discreetly escorted away from the vicinity, but that’s just a thumbnail). I just sat there and observed the bulk of 18,000 people applauding a man who incites violence at his rallies, promotes stereotyping, racism, and bigotry, wants to build a wall (of all things) to curb immigration from Mexico, and so much more (personally, this irks me the most).

Now, Trump is very, very smart for delivering his speech with a teleprompter and in the most pro-Israel manner possible because much of the AIPAC delegation in attendance prioritizes Israel when voting in political elections, so his actions at the conference undoubtedly boosted his candidacy to a different audience. However, my good friend who joined me at Policy Conference texted me right after we got out of the Verizon Center that he was “disgusted with Trump and AIPAC,” and I completely agree with him. I cannot believe that a man like Trump, who, in addition to all I have state above, has made outright anti-Semitic comments, received a rousing ovation from an audience that consists mostly of politically-inclined Jewish people, who come from a religion that has experienced oppression throughout its history. 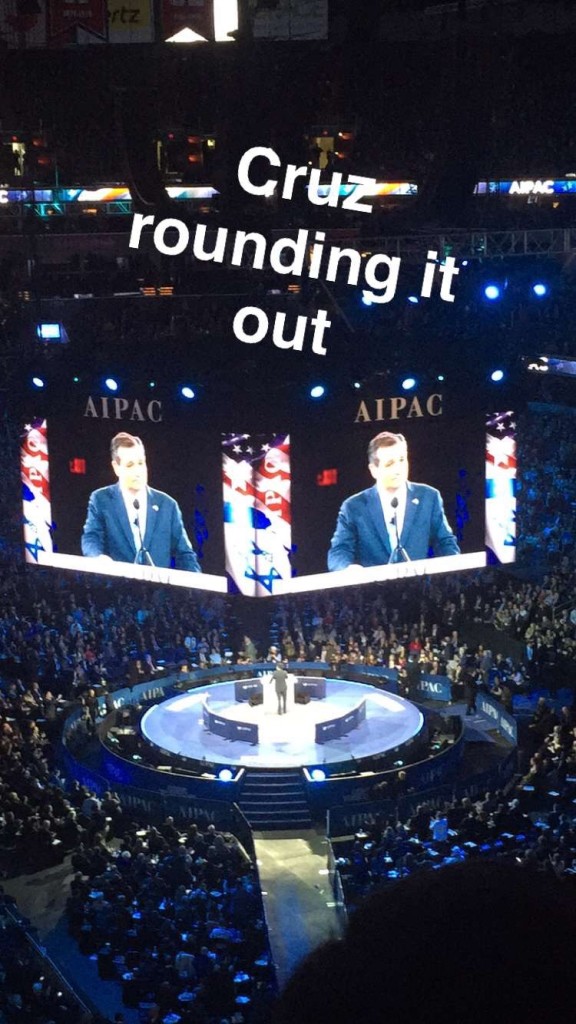 Trump is a powerful man, as evidenced by Ted Cruz’s good but not-as-well-received follow-up to Trump’s speech at AIPAC Policy Conference, but I found out then and there, as I sat in my seat at the Verizon Center, how dangerous he actually is. I don’t dispute that Trump supports Israel and has the potential to be a positive candidate for Israel, but as American voters, we need to think about our country, too, and if we look at Trump objectively, then we know that Trump will certainly not “make America great again.” Coming from a staunch and proud pro-Israel supporter like myself, I will not be supporting Trump in this upcoming election if he gets the nomination.

My fellow Americans, please vote responsibly. In the meantime, check out the pictures of the rest of the headlining speakers below – it was an unforgettable experience! 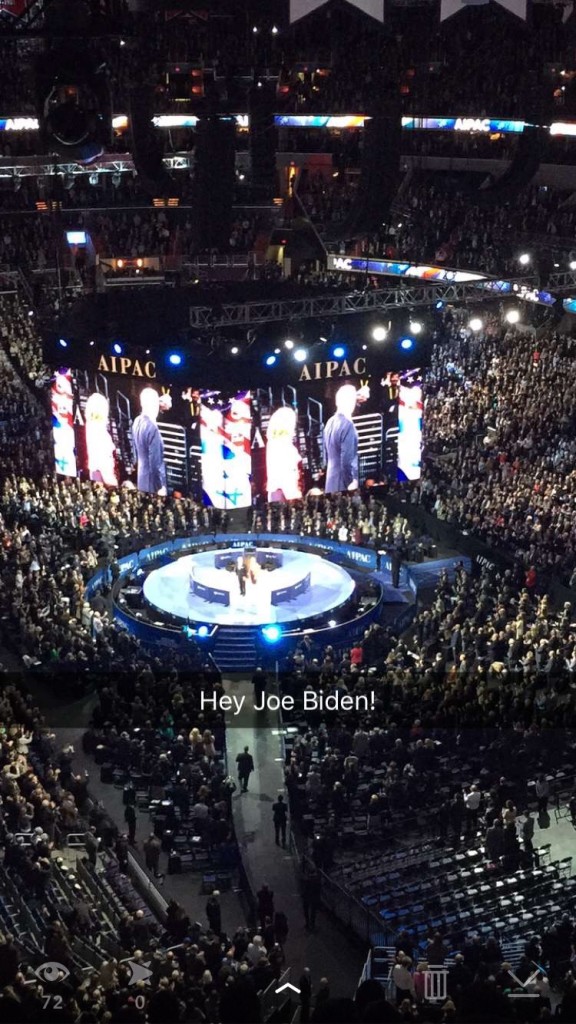 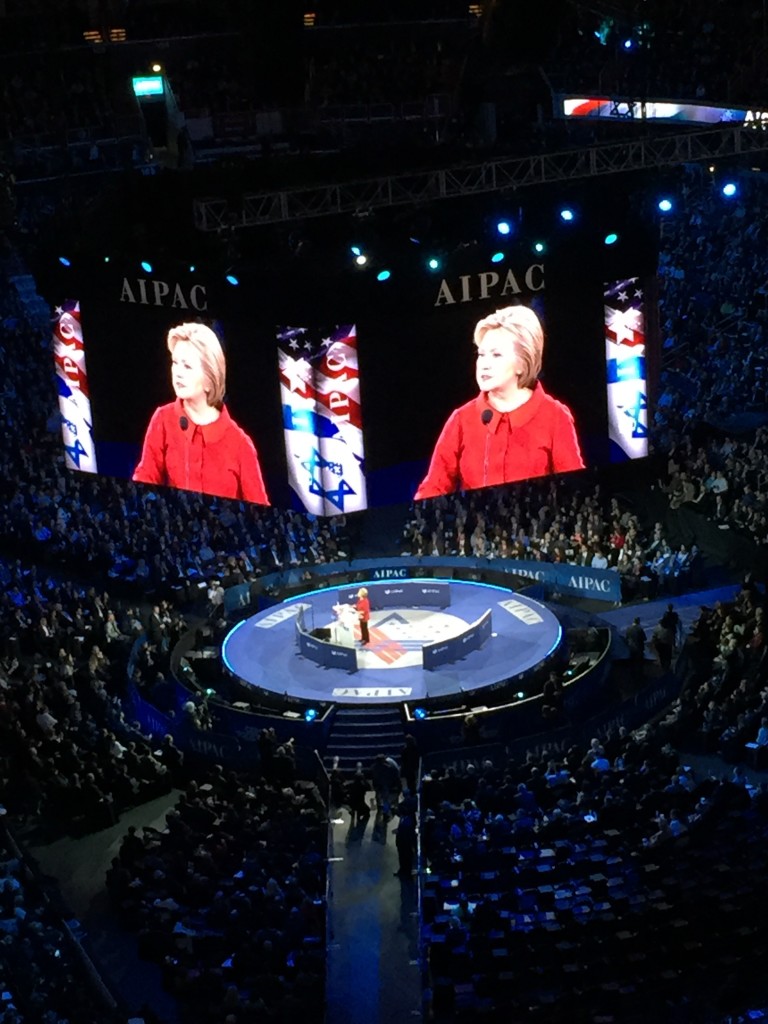 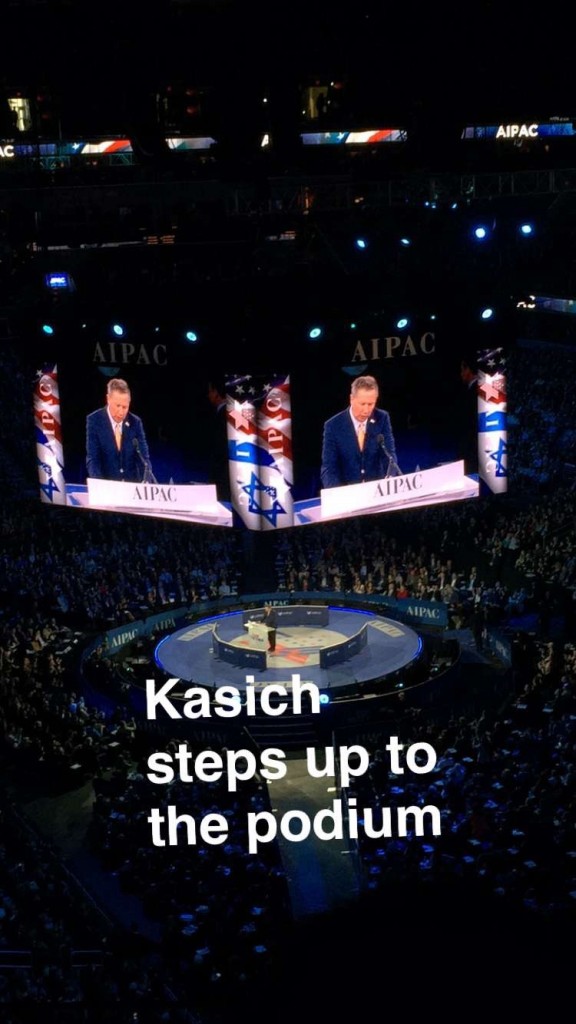