My Scarlet Letter: Growing up a feminist in 21st century India

‘Tum aurat ho, aukaat mein rehna!’ (You are a woman, know your place)

If you’re familiar with the story of The Scarlet Letter, you’ll understand the significance of being a feminist in India. Back in Hester Prynne’s Boston, being an adulteress was probably the worst crime a woman could ever commit, and she had a red “A” sewn to all her clothes to proclaim her status as a fallen woman to the world. Well, in India, saying you’re a feminist would probably earn you the same reaction — the same amount of shock, disappointment, condemnation and I don’t think people would object to sewing a red “F” on your clothes.

I should point out that this is not true of all Indians. The more educated ones believe in equality between men and women, and in the words of CAS Math major Samarth Tiwari, “things are changing pretty rapidly”. I don’t quite disagree, although “rapid” is not a word I would use to describe the process. Let’s put it this way: India has a 74 per cent literacy rate, which means that approximately 888 million people in India can read. But of that large number, only about 50 million seek higher education and so are actually aware of the feminist movement. When you compare that to India’s total population of 1.2 billion, it should give you an idea of how weak the feminist movement over there is. 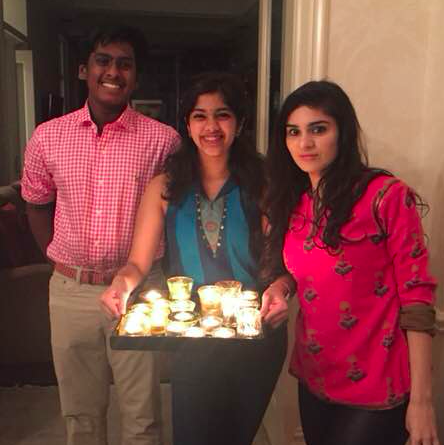 When I was ten years old, I got my period for the first time. My first experience of the stigma associated with menstruation in India came when my grandmother told my mother to feed me a banana dipped in sacred ash to “purify” me. Aside from how foul it tasted, can you imagine the psyche of a ten-year-old child who is told that she is unclean for something she can’t help?

I can still taste the bitterness of that banana.

At fifteen, I had my first experience of sexual harassment. I was standing on the pavement (which was heavily populated), waiting for a friend to pick me up, when a strange man came and stood uncomfortably close to me. I tried moving away, he only moved closer, every time. As I looked up at him, he leered back down at me, silently daring me to react. I forced myself to stare him down, telling myself that if I looked away, he’d win. Just then, my friend arrived, and I ran towards him, nearly breaking down with sheer relief. When I told my friend what had happened, he was sympathetic, but then said, “It’s like that everywhere in India. What can you do?”

As I stared at him, that bitter taste came back.

I think it was that experience that made me the feminist I am today. That horror, that fear for my safety? Why should it be OK for women to have to go through that? Why is it so easily dismissed as “something that happens everywhere”?

When you dismiss a movement as important to society as feminism, you dismiss one third of Indian girls who will be married before their fifteenth birthday. The millions of female victims of sexual assault. The thousands of female victims of genital mutilation. The millions of domestic violence victims across India who cannot speak up because society urges them to cater to their male family members.  All the women who are discriminated against because of something as simple as their gender.

When I was about sixteen, one of my grandmother’s friends asked me, “So what are you planning to study?” When I answered saying I wanted to study Politics, she laughed and said, “Why? Are you planning to become a politician? Your husband might have a problem with that! Who will take care of your children?”

I felt my neck grow hot as I tried to force a smile, and quickly excused myself as I felt the bitterness rising up my throat again.

Sanya Sareen, an Indian Economics and Psychology major in CAS, says, “Feminism is mostly growing in urban areas. Since India is 80 per cent rural, the movement doesn’t really have an impact in the country as a whole because it’s just not a priority for the people in those areas.”

And she isn’t wrong. It’s mostly in rural areas that women are denied basic education, are married off at about thirteen, and forced to be servants to their (often much older) husbands. Given the stunningly low literacy rate in rural India, many people simply don’t feel the need to change the situation: they’ve never known anything else. And the ugly truth is that under the wonderful colours and celebrations of festivals in India, you get this seedy underbelly, which many people still consider a part of Indian “culture”. Indian women are meant to be demure, pure (i.e. have intact hymens until marriage) and servile to their in-laws. A common phrase in India is “Tum aurat ho, aukaat mein rehna!” (You are a woman, know your place).

When I was eighteen, my father told me solemnly that he didn’t care if I was a girl, he loved my brother and I equally. He told me that he was immensely proud of all my accomplishments, and wanted me to make the most of my college education and make him and my mother proud.

For the first time since I was ten, I almost forgot the bitterness that banana had left in my mouth. 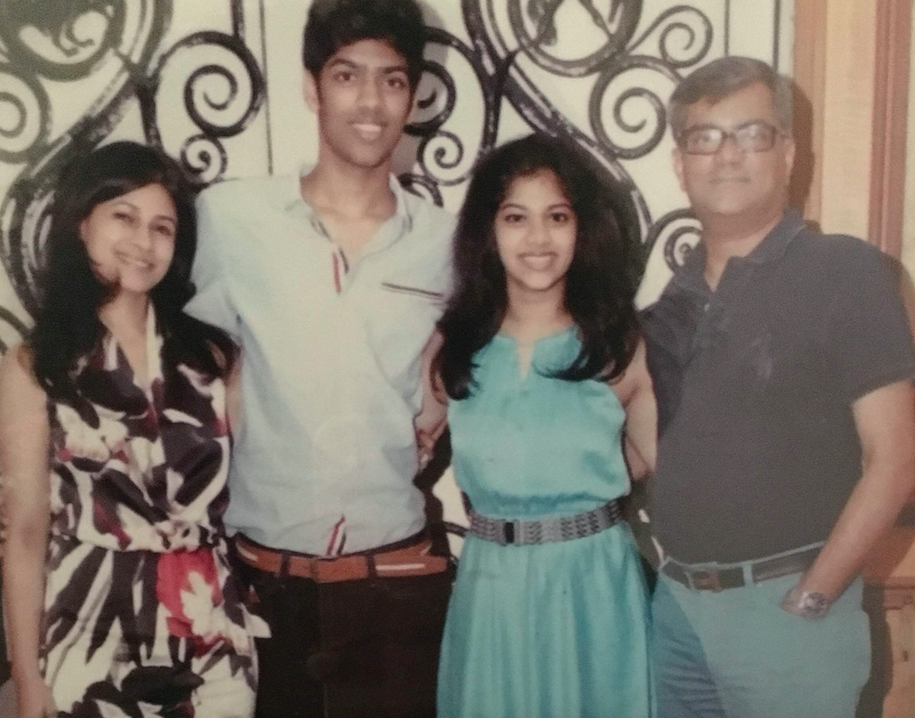 Maybe one of the most pressing problems in India is our growing “rape culture”. In the past year alone, several prominent members of society and politicians have begun to justify rape, saying that women should dress modestly, not step out at night, not keep the company of men… the list is endless. Last year, 72 per cent of rapists, and 85 per cent of attempted rapists were acquitted by Indian courts. The traditional patriarchal set-up of Indian society endorses the notion that men are superior, and reinforces the belief that women are disposable, secondary citizens who are subject to the will of their male relatives. The best example of this is that marital rape is still legal in India, because most politicians believe that “marriage is sacred, and the courts cannot intervene in a quarrel between a man and his wife”.

When I read that, this time, along with the bitterness, I felt something else. An anger, a rage that made my blood boil, a fury that sparked through my veins like electricity.

Because you know what? It’s time Indian society stops asking “what was she wearing?” after a rape occurs. Rape has nothing to do with the victim’s clothing. It has to do with a power struggle in the mind of the attacker. It’s time we stop asking how many sexual partners the victim had. Rape has nothing to do with sex. It has to do with violence. If someone gets hit on the head with a spade, no one calls it gardening. It’s time we stop calling the victim “someone’s daughter, someone’s mother, someone’s sister”. A woman is more than just a man’s relative. She is a human being, with emotions, a family, and aspirations. And when you violate her right to her own body, you commit a crime as violent and unforgivable as murder, the ultimate violation of someone’s right to life.

Since coming to NYU, my resolve that it doesn’t have to be this way has only strengthened. I’ve met some wonderful people here, and I haven’t heard the phrase “you’re just a woman” even once. This is one of the most diverse campuses in the world, not just in terms of race, but also in terms of gender identity. There’s a significant percentage of the student body that’s transgender or gender-fluid, and there’s a tremendous amount of respect and acceptance for people here. No one here cares if you’re a man, woman, or both: here, you’re a person, and a fellow student, and that makes you worthwhile. How could we feel anything but accepted here? 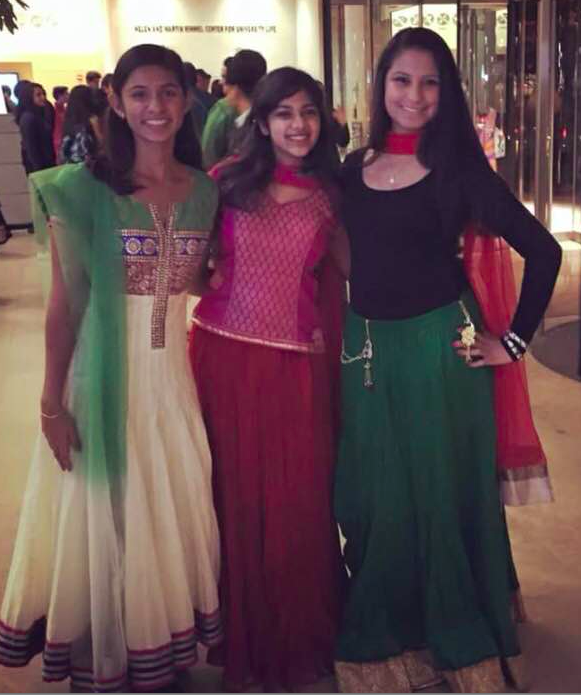 And most importantly: That bitterness? I want to make sure that no little girl ever has to taste something so vile ever again. That bitterness is what drives me, every day, to try and make India a better place for women.

So go ahead, sew a red “F” on my clothes. I will wear it with pride. And one day, I hope I will be equally proud to call myself an Indian woman.