‘Find pieces that you’re absolutely in love with, and wear them until they fall apart’ Tell me about when you first started getting into fashion.

I lived in Florence, Italy, for two years, once when I was in 8th grade and again as a junior in high school. I always cared about how I dressed, but it was really senior year when I moved back to Cleveland that I had a lot more free time on my hands, so I started getting into styling. The end of senior year, in the summer, I got more into photography and started getting followers on Instagram, and then I came to New York and met a ton of like-minded people, and it all blew up. 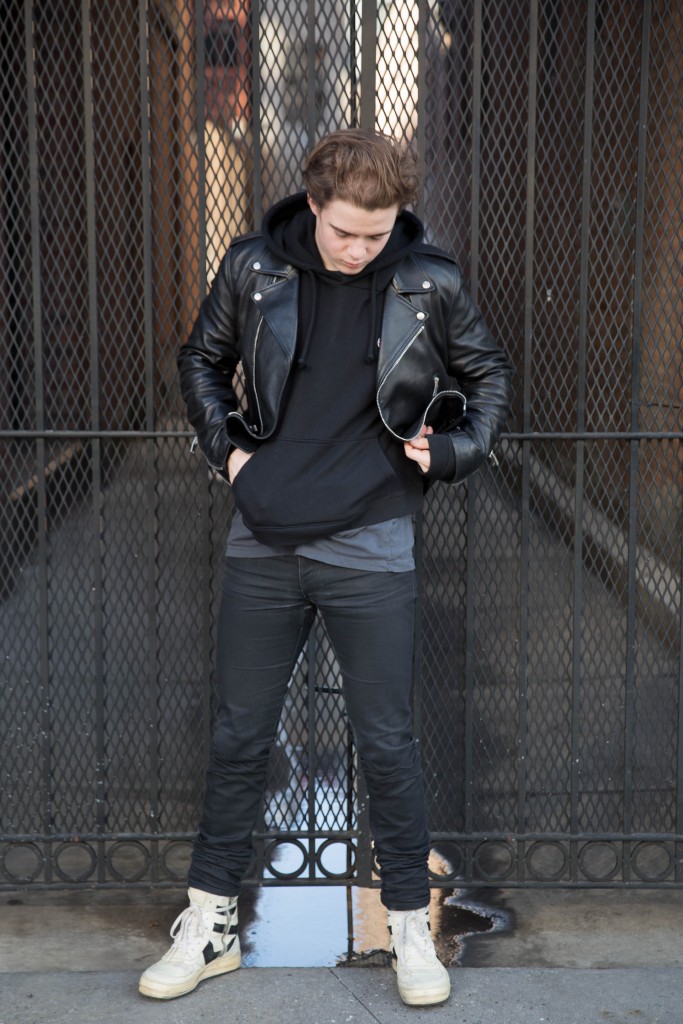 How has your fashion aesthetic evolved since moving to college in New York?

Personally, I don’t really like saying “fashion” because I feel like that word is too easily obtainable. Anyone can be fashionable, I think it’s more about being stylish. I used to be all about having a lot of things, a lot of pieces, but now I’m into searching for something for a really long time, and collecting more archival garments. I have 10 quality, well-made pieces that I wear almost everyday.

Investment pieces, exactly. That’s why I think style and fashion are completely different Because anybody can go into Zara or H&M, get one of their Lookbook outfits, and look fine, but I personally don’t consider that being stylish. Even if you have money, you can go to Saint Laurent,  buy everything, and you’ll probably look good, but there’s no creativity in that. 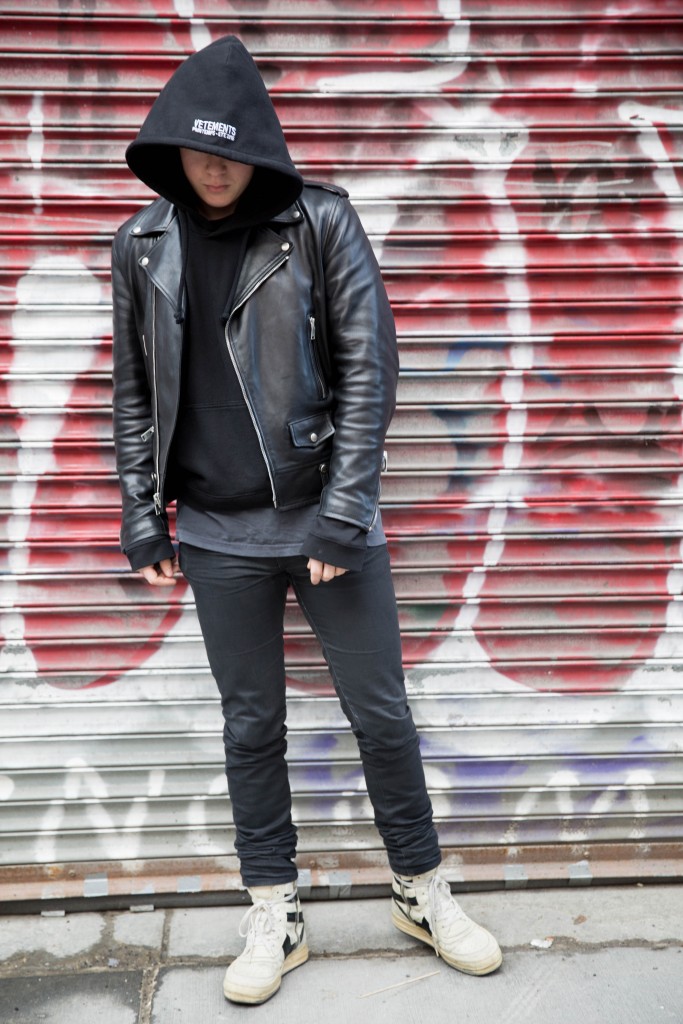 I like Hedi Slimane, and also Rick Owen for very specific pieces. A little bit of everything, it’s more about what I like rather than which designer. Also different eras, like Dior was really good when Hedi Slimane was the creative director, and Helmut Lang in the late 90s, his bondage pieces were really cool, but those are hard to find.

How would you describe your personal style?

I’m not the kind of person who spends forever deciding what I’m going to wear. I know my closet really well, I know every single piece that I have, so I think it’s almost effortless, like a uniform. When people put in a ton of effort, it can look so forced. This (jacket) is the Saint Laurent leather that I got for graduation, and I wear it almost every day. I keep a few shoes that I wear a lot, and a few pairs of boots. I’m not trying to wear something crazy that grabs a ton of attention, I want my style to stand out for how clean and simple it is. 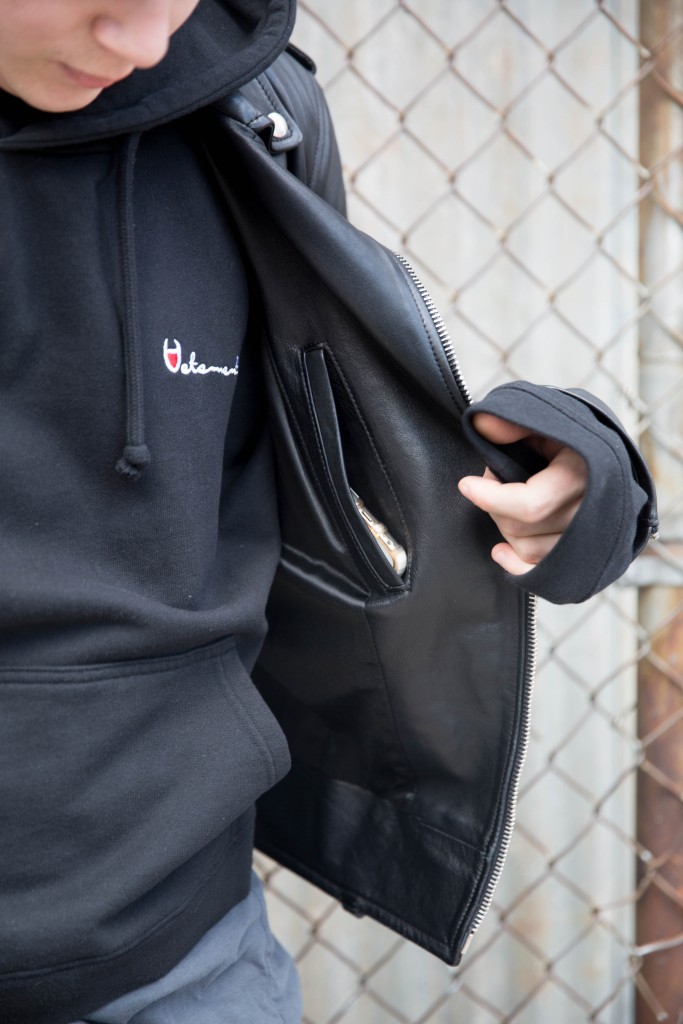 I think too often people throw on something that they see as bizarre and crazy and think it makes a statement, when really it’s the person wearing the clothes who should be making the statement.

Exactly and along that line, I’m a big believer in “style sees no face.” I feel like the industry has turned into this whole situation where people want to wear something simply because it was designed by a certain person, because it’s Hedi Slimane, because it’s Kanye, because whatever. And there definitely are pieces by those designers that are great, but because of the name or the brand, people lose sight of the actual piece they’re wearing. 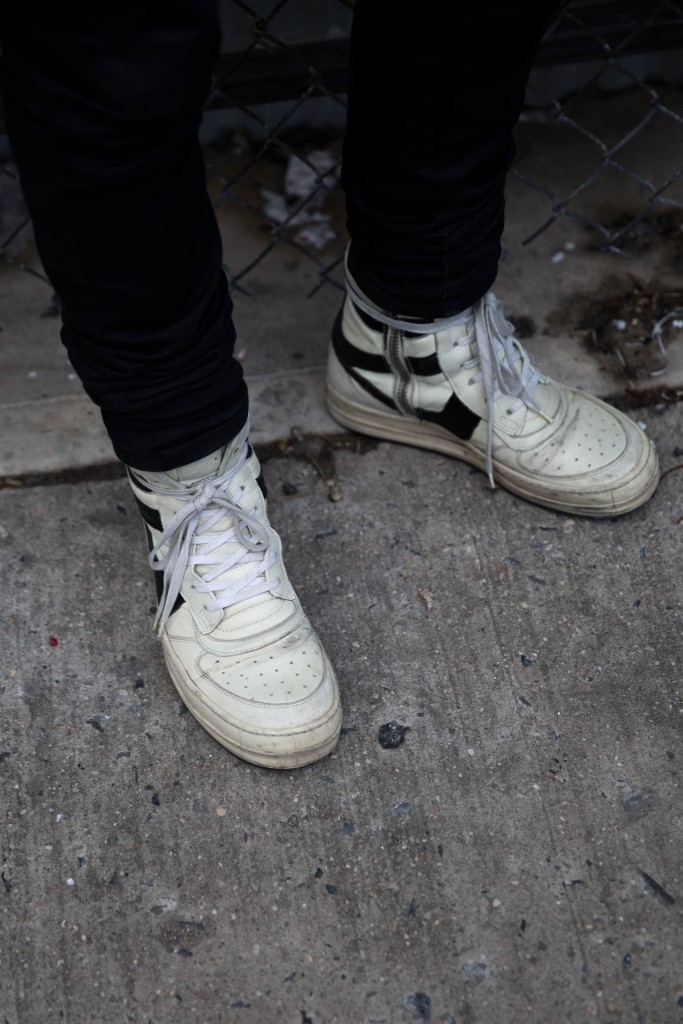 What are the worst trends or fashion tendencies happening right now?

What makes me cringe really hard is when people try to like flex shit, and it just doesn’t look good.  Especially when people buy into hype, they’ll go to Supreme and buy whatever, and wear the most ridiculous bullshit like Supreme ski goggles, just for the logo. That’s not cool, that’s just embarrassing and annoying. Similarly, when people buy things just because they’re expensive. A lot of people simply cannot afford certain brands, yet they buy pieces just to flex them at others. I don’t think spending $2000 on one piece automatically makes you stylish.

Especially when you ask them about their garment, and they don’t even know the fabric or the type of leather, much less the details of construction and the actual quality of the piece.

Yes, because it’s turned into people just mindlessly copying anything they see, so everyone looks exactly the same. For me, I feel like the way I dress is different, I haven’t seen anybody style things the way I do. I know there are certain things I wear that other people of course have, for example a lot of people are wearing leather jackets, but everyone is wearing a leather jacket with a flannel, with a super long t-shirt, with destroyed jeans, combinations that are so trendy. There are certain trends I do like, but I mainly go for very subtle accents and details. I like searching around and finding something interesting more than going out and buying a bunch of hype shit that, in a few months or even weeks, is going to be old news. 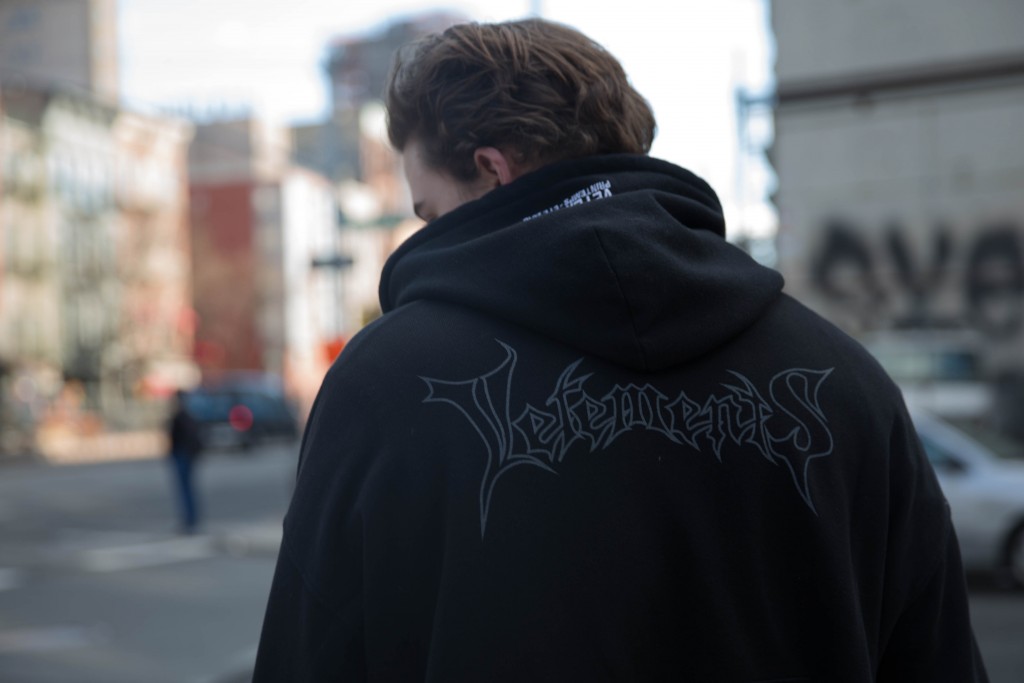 How do you want to work with clothes and styling, here in New York and in the future?

I feel like New York and other major cities like Milan, London, and Paris are so over-saturated with creative people. There are thousands of kids between the ages of 16 and 22, and every single person has their own line. They’re all making the same thing: they’re making dad caps, they’re making flannels, they’re making denim samples. I would like to go into something more than that. I’m good at organizing and making things happen, so I’d be interested in more of a creative direction role, whether that be at a magazine or PR firm. I want to be involved in the industry, but not directly, because I feel like it’s such a dirty game. What advice would you give someone who is following mainstream trends, but wants to explore style more genuinely?

Collect. And by collect I mean don’t just go buy, but over the course of a few years, get the nicest pieces you can find that you’re absolutely in love with, and wear them until they fall apart. Don’t get me wrong, clothing from places like H&M looks good, but once you wear it a handful of times and wash it twice, it’s already done.

Invest in less than a dozen classic items that will last a long time, and wear the absolute shit out of them.