‘Cool is being unique, it’s having a voice’ 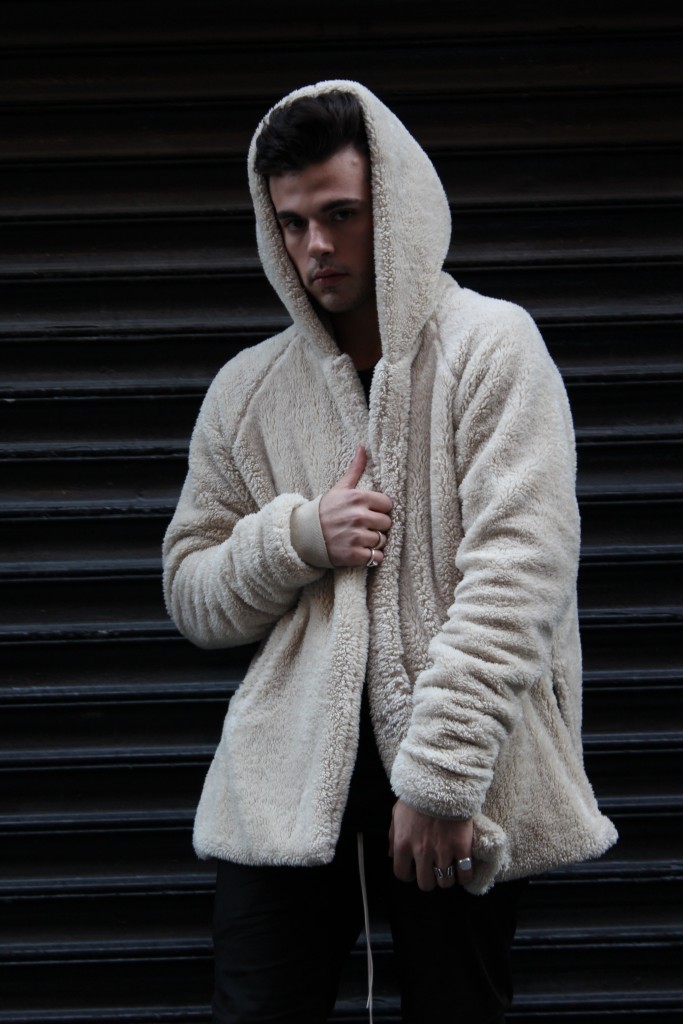 When did you first start getting into fashion?

I grew up in a family that really prided themselves on being put together. My mom always told me to match colors and keep things monochromatic, and to dress in a way that I wanted to be a representation of myself. For me, your style is always indicative of the influences you take from, and who you are as a person.

As a young kid, I really was into skate. I wasn’t necessarily the best skater, but I always assimilated skate culture, especially in East Los Angeles. A lot of my friends skated and I always thought that skate street brands, especially the graphics, were really cool. 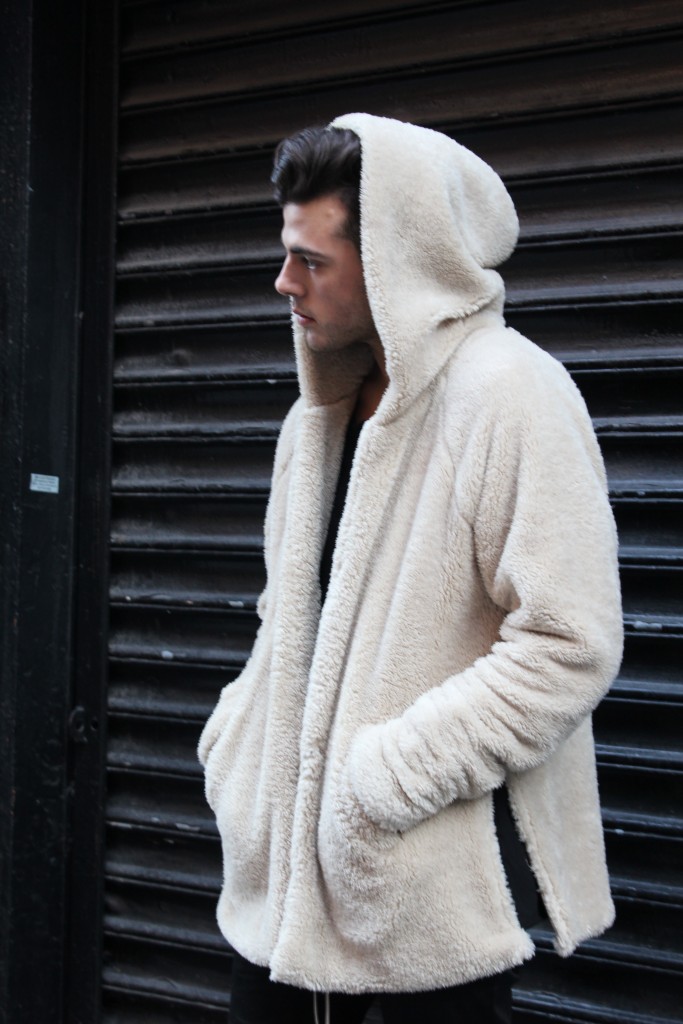 Which artists and styles initially inspired you?

When I was young, I loved Shepard Fairey, and other street artists like Banksy. I was really interested in their idea of this culture of art that was rugged and different, unconventional and rule breaking.

That’s why I love skate, because it’s all about creativity. You can invent your own own tricks, even the way you pedal. I’m a lefty, so I did everything in a really awkward and goofy way, but it’s just a matter of how you bring your own style to the table. I’m also a musician and I love jazz specifically, because it’s all about freeform and being able to do what you want. It’s that same idea of taking whatever you have, playing with it, having a good time, and just feeling out where it takes you, in terms of energy and vibes. 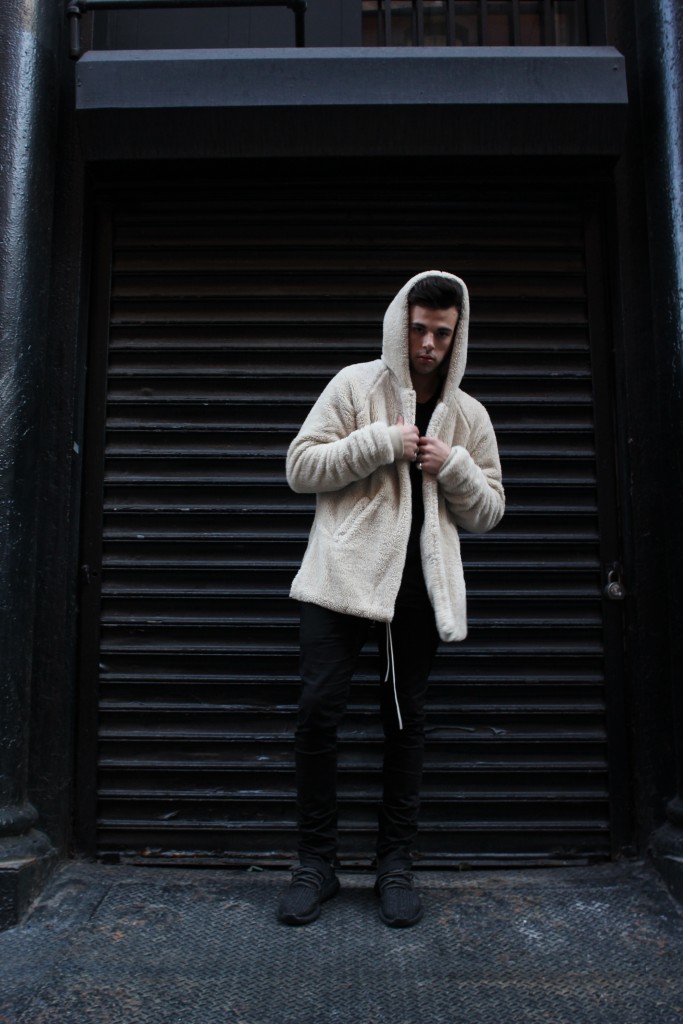 How would you describe your style?

Risky. Monochromatic for sure. It’s hard to label because I don’t like to corner myself into one thing. I went to an all-boys high school, so I have that preppy influence of being neat and classic, but I also take street youth culture, like distressed grunge and rock looks, and mix everything together.

I started getting into high fashion when I was in 8th grade, with brands like Burberry Brit, bespoke tailoring, and London streetwear. That was my classy phase, and I was really into the symmetry of brands like Polo and Ralph Lauren. But then my junior year, I flipped a 180. I wanted to play upon the rebellious culture of high school and I started acting up and doing stupid shit with my friends, especially the night of prom. I got in a lot of trouble and my mom kicked my ass, but in the long run that night had a huge impact on me, in terms of personal growth. 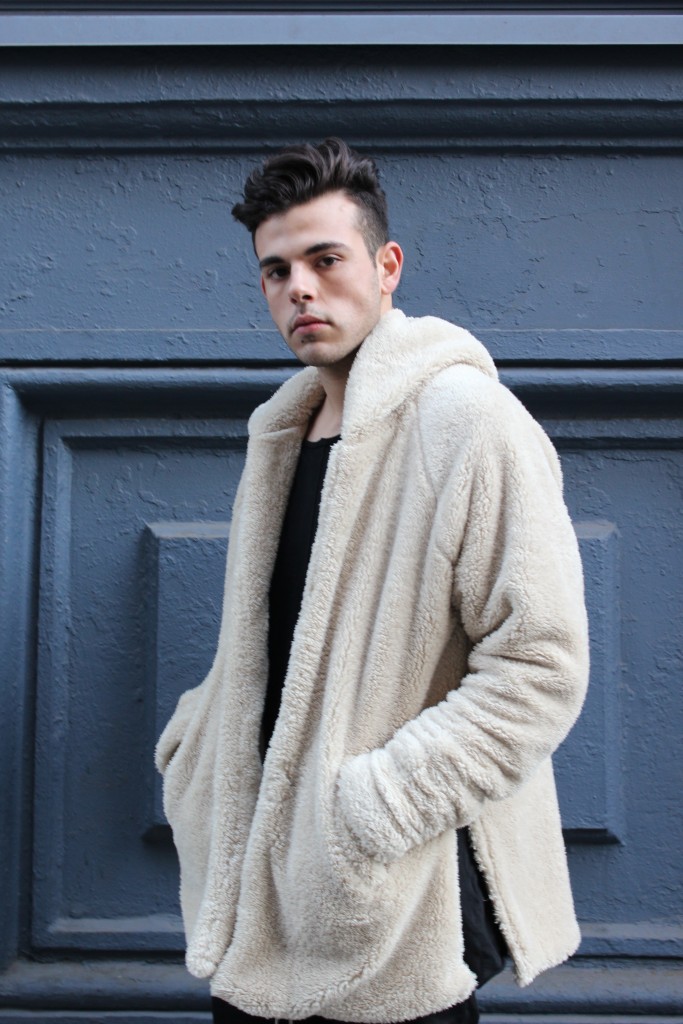 How has your fashion sense grown since moving to New York?

When I came to New York in fall 2014, I really got into Japanese designs, like Junya Watanabe, Comme des Garcons,  Undercover Clothing, and June Takahashi. I became exposed to more international brands and and European culture by being in the city and having international friends. My mom was always giving me magazines when I was little, like InStyle and Vogue, so the exposure was subconscious, but I wasn’t really aware of what I liked until I came to New York and started to find my voice in fashion. I started to understand the true ideas behind different brands and what makes their identities unique. I began to mix pieces from Paris brands, like Maison Margiela and Faith Connexion, with streetwear, like Supreme and even local skate shops in New York. I got really into denim and patchwork and styles that were darker and more gothic, like Los Angeles designer Jerry Lorenzo.

I became exposed to more designers and more fabrics, so I learned to appreciate brands that made a statement with the quality of their garments and the way they were produced, with the vision and the ideas behind their lines. I started paying attention to the details that made something unique and different, and not just another piece of clothing. 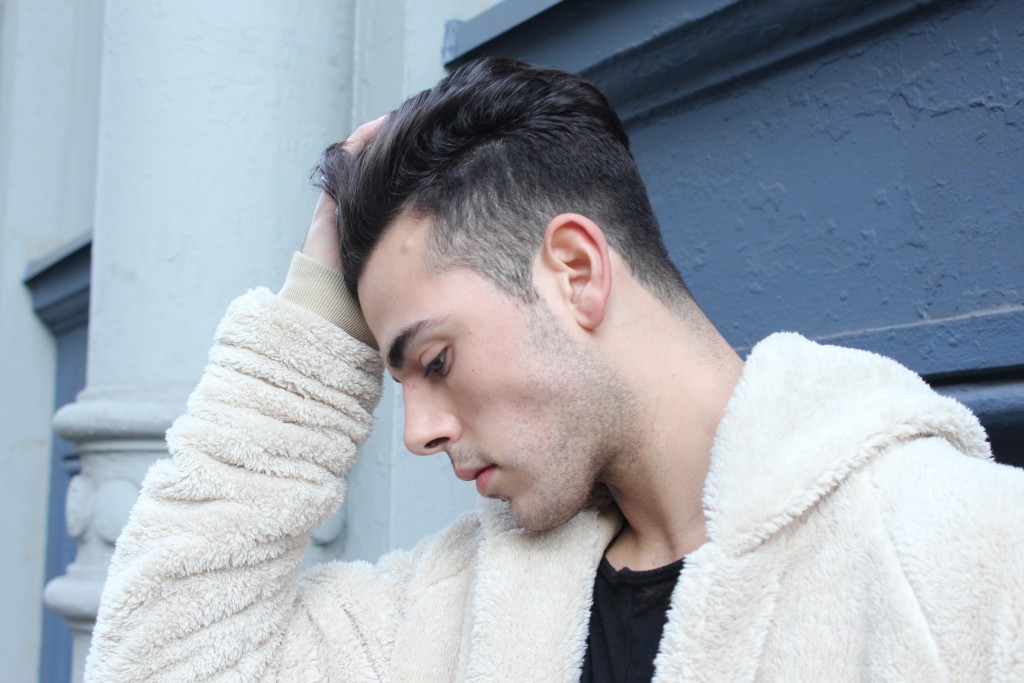 What do you think have been the worst fashion trends recently?

The funniest thing I think was the jogger, that died real quick. I feel like everything in the mainstream gets pulled subliminally from underground street subculture. As stars and pop figures begin to model different trends, they gain publicity. 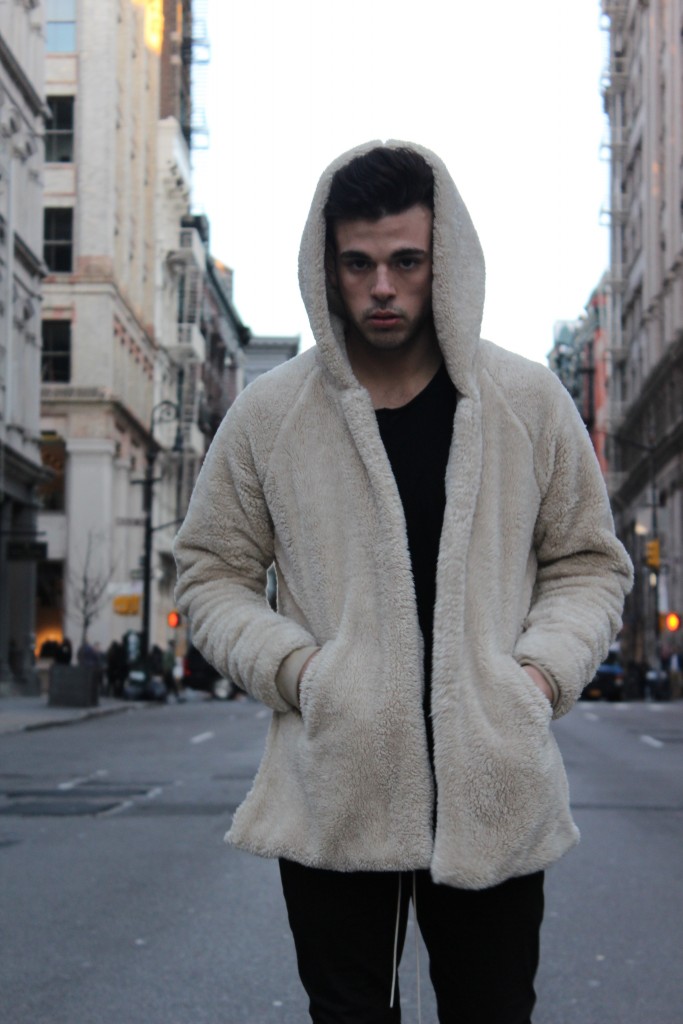 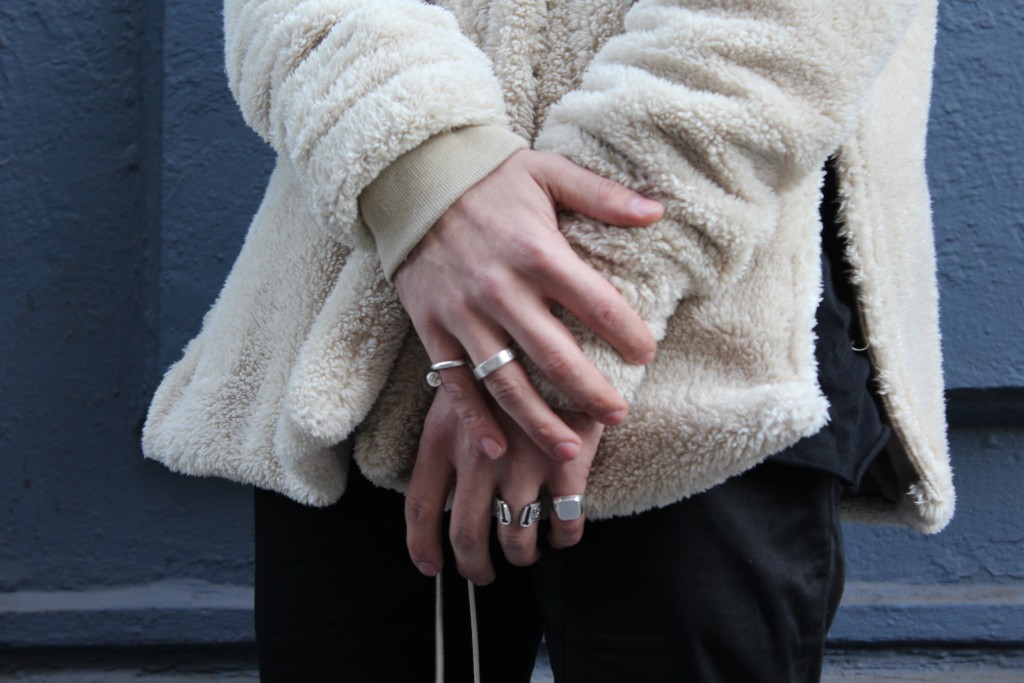 Do you think mainstream fashion detracts from a style’s initial inspiration and meaning, or that it promotes it to more people in a good way?

I think it can be both negative and positive. I think publicity promotes styles to people who really don’t understand what they mean them, and then wear them the wrong way. But in beneficial terms, it brings about more brand awareness, which designers want. They want having people talking about and seeing their brands, in order to be successful. 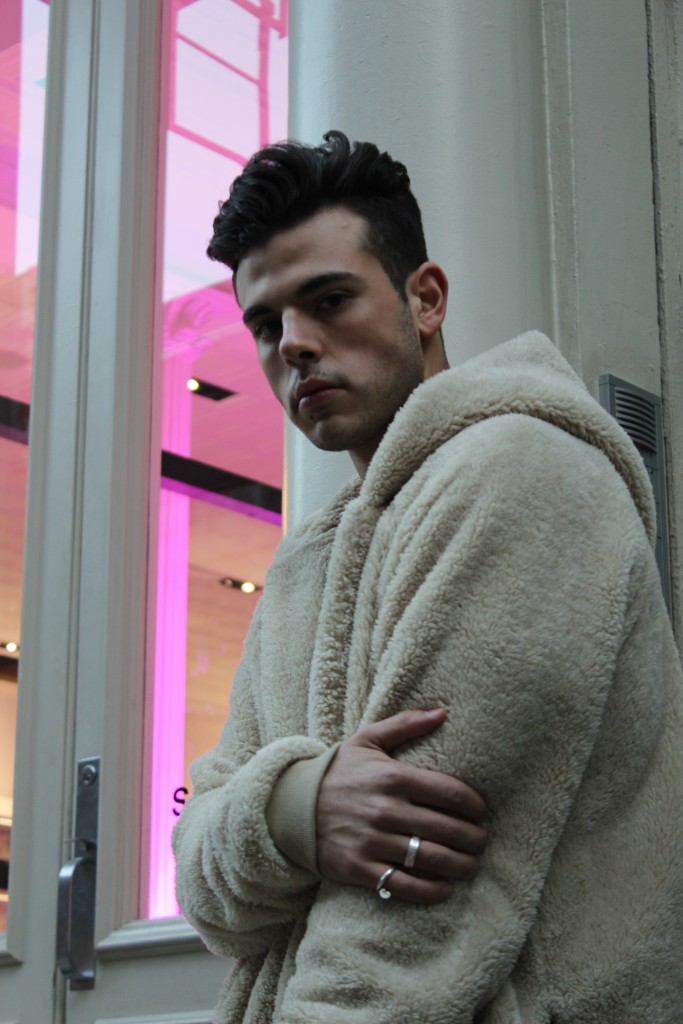 How have you been involved with fashion here in New York?

Right now, I’m working on a brand called PROM New York with my friends at NYU.  I’m creative directing and head designing for the brand, and we’re working on the first piece which is called “The Hallway Hoodie.” The brand is inspired by the rebellious culture of high school, by kids who were always in promiscuity, doing things that they weren’t supposed to.  It’s gothic punk and street, and will have high attention to details and production. I plan on overseeing production every step of the way, from the creativity behind the pieces to how they’re being made.

We’re currently working on perfecting the fit, perfecting the look, the style, and the overall aesthetic of the brand. In the next six to eight months, you can look out for hats, hoodies, and t-shirts. We’re also thinking about previewing a custom pair of Vans. But we’re slowly building the brand and getting it to people who can influence street trends, mainly friends in hip hop and music, which is a huge gateway for us.

I had great mentors, I really look up to Luka Sabbat. He taught me a lot about capturing style and perfecting your aesthetic, and that it was OK to be different. If you see the vision and really believe in something, trust yourself and go with it. There have been a lot of pieces where I’ve been wavering on the final decision, but then I say hey, this is the one, this is the piece that’s going to go, and it always hits. My intuition’s always been strong, which I think started with art, with visuals and graphics, and spray paint and graffiti. I’m definitely going to bring that culture, along with aspects of film and music, to my new brand of PROM. 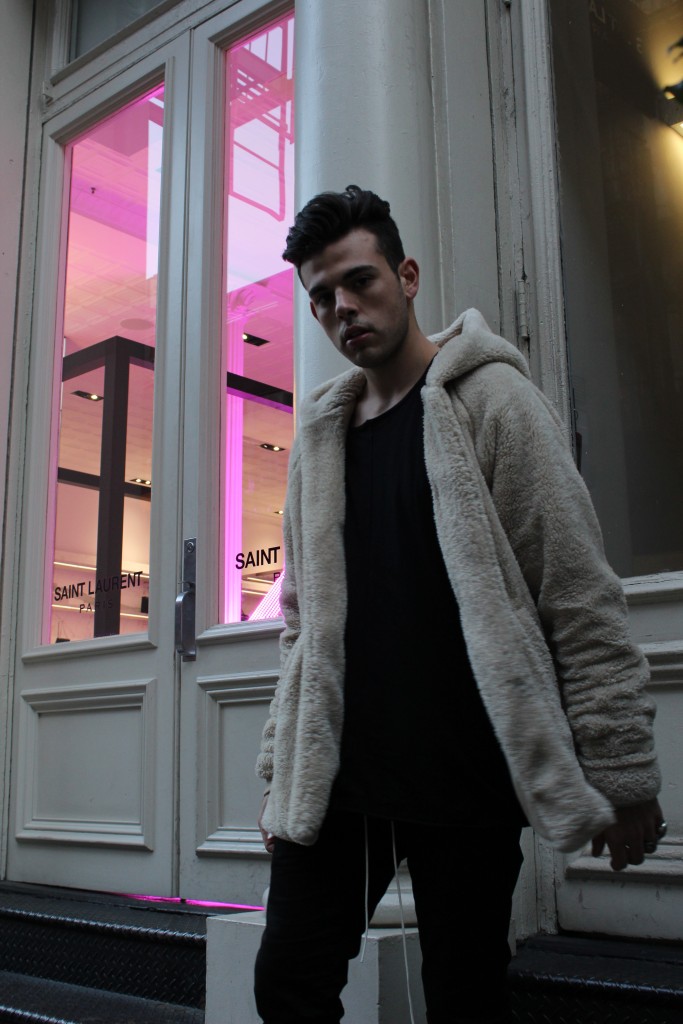 What kind of impact do you aspire your brand to have?

I want the brand to speak for people who understand what it’s like to be an anxious teenager. People who want something they can throw on and be a part of that grunge culture, after going to school where they have to wear a uniform. It’s for the 90s kids, the prep school kids, the public school kids, the kids who come from bad neighborhoods, the kids who come from upscale neighborhoods. There’s no limit, there’s no set barrier for the audience. Its for people who want to understand what it is to be young and wild and reckless, and for those who appreciate the forward fashion ideas behind it.

I don’t want to put my name out there on anything that isn’t perfected, so I’m focused on the brand’s details, from the quality of the garments, to how they lay and fit. I think PROM is the first project of many. Being in this environment of SoHo and Chinatown, and having friends and older brothers who help me push my brand and creativity, is the most important for me. I want to continue working hard and staying humble throughout the process, and enjoy the ride. 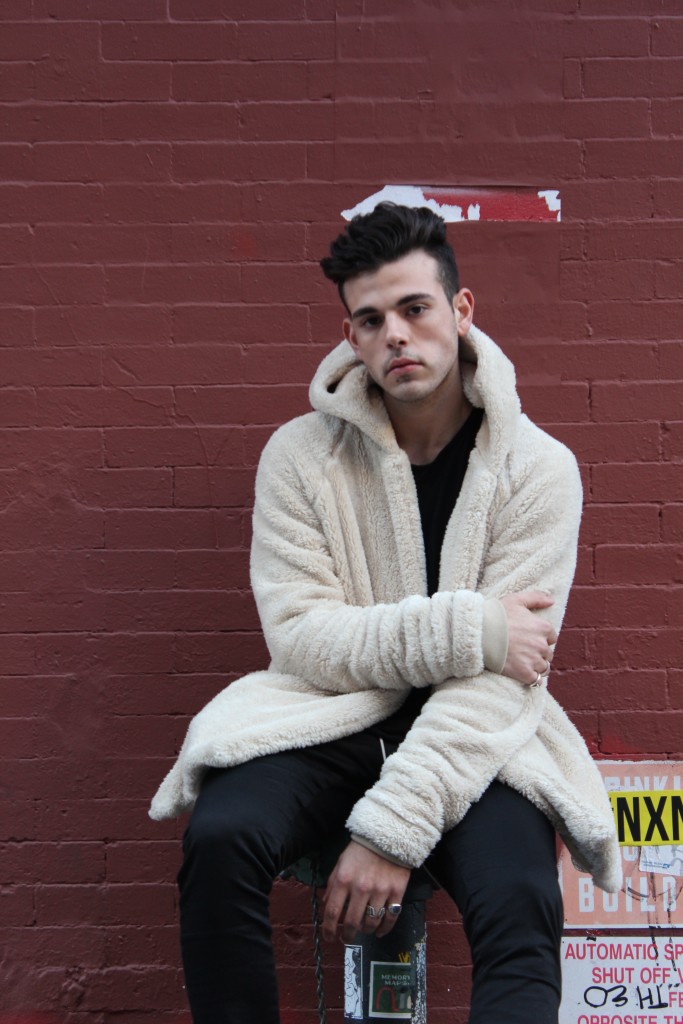 Do you have any advice for people looking to get involved in the fashion industry?

It sounds super cheesy, but do what you want. Don’t let people tell you that something doesn’t look cool, or that you look silly, or that your style is too girly or boyish. Gender barriers were so confusing to me because I wear a lot of women’s clothing and as a straight man, I have no problem with my sexual identity while wearing women’s clothing. For me,  it’s all about finding your identity as a style, by looking at all pieces of clothing and not assigning gender to a certain garment.

Look to what inspires you on an everyday basis. It’s an equilibrium, in finding what makes you you and what you want other people to see you as. Because you can buy as much fashionable stuff as you want, but you can’t buy style. You can buy all clothes that you want, you can buy Givenchy, Louis Vuitton, Gucci, Prada, you can wear Moncler, you can wear whatever, but just having money doesn’t mean you have style.

That’s the biggest thing I’ve learned, because I went to school with a lot of rich kids at Fordham and rich kids at NYU, and just buying things from high fashion brands doesn’t make them cool. That’s not what cool is. Cool is being unique, it’s having a voice, and it’s being able to understand what you’re wearing and why you wear it. Understand who you are, and find your voice. 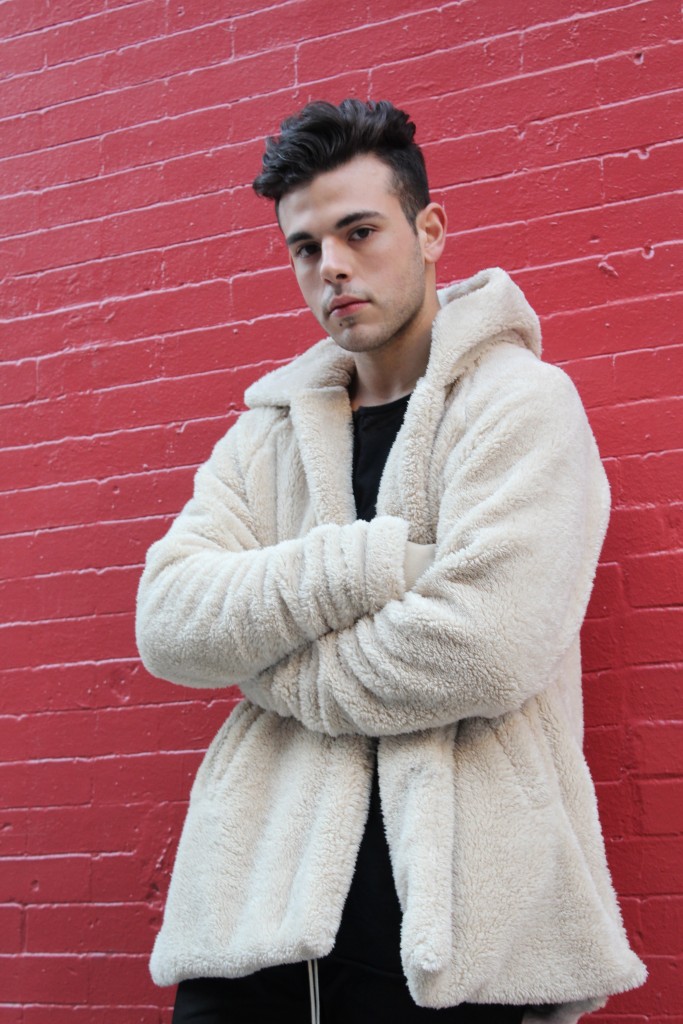