And its glorious sea of Lena Dunhams

This past Sunday, Barnard College hosted the 4th annual NYC Feminist Zine Fest, as part of the Big Barnard & Columbia Feminist Weekend, a three-day spectacular.  The fest was free to the public and showcased the creations of dozens of artists based in New York and beyond.

Zines, for those who don’t know, are generally defined as DIY, self-published, limited circulation mini magazines.  Zines are rarely created with the intention of selling for a profit,  but instead, they focus on promoting an underrepresented message and spreading social awareness. 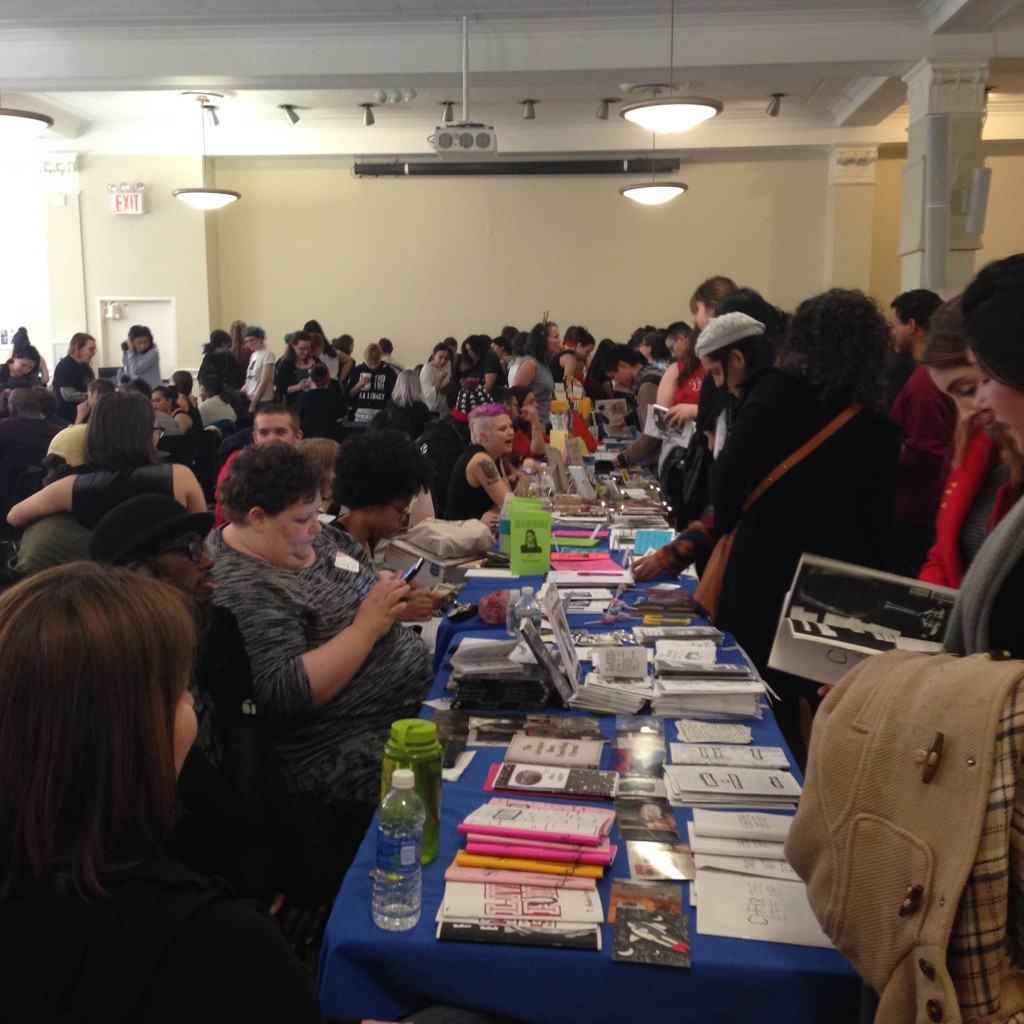 The colorful tables boasted the work of over fifty zine creators, ranging from Barnard’s own Zine Club to the popular Crybaby Zine, which has been featured in i-D, Dazed & Confused, and Nylon Magazine. 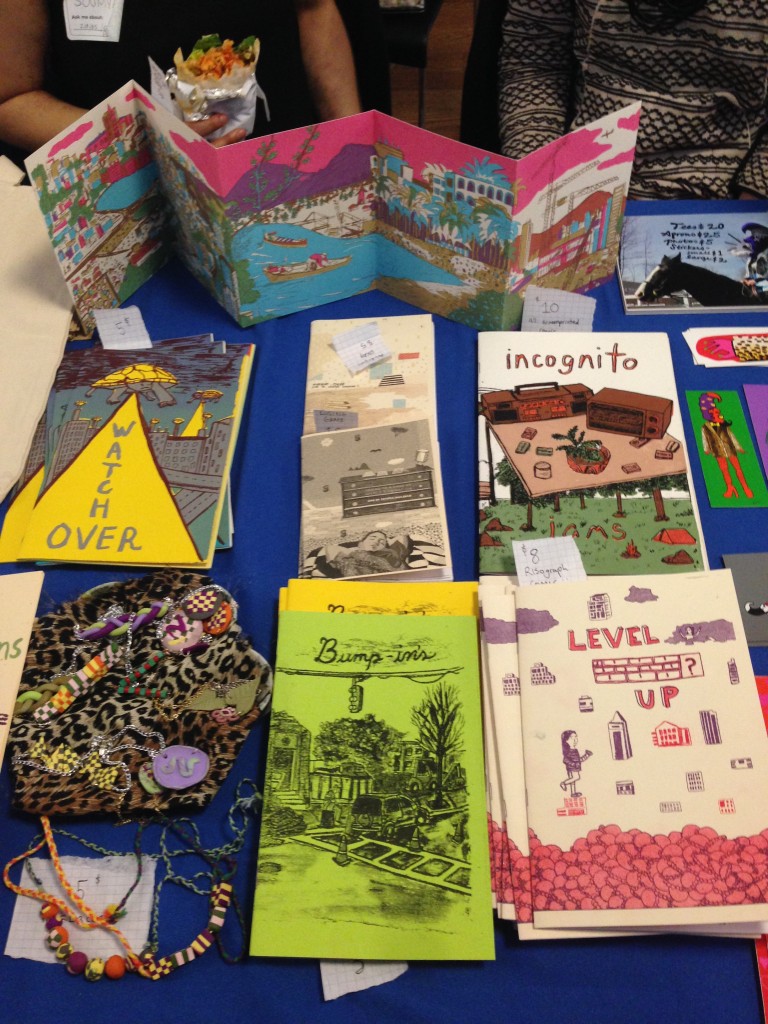 A paper rainbow of stories 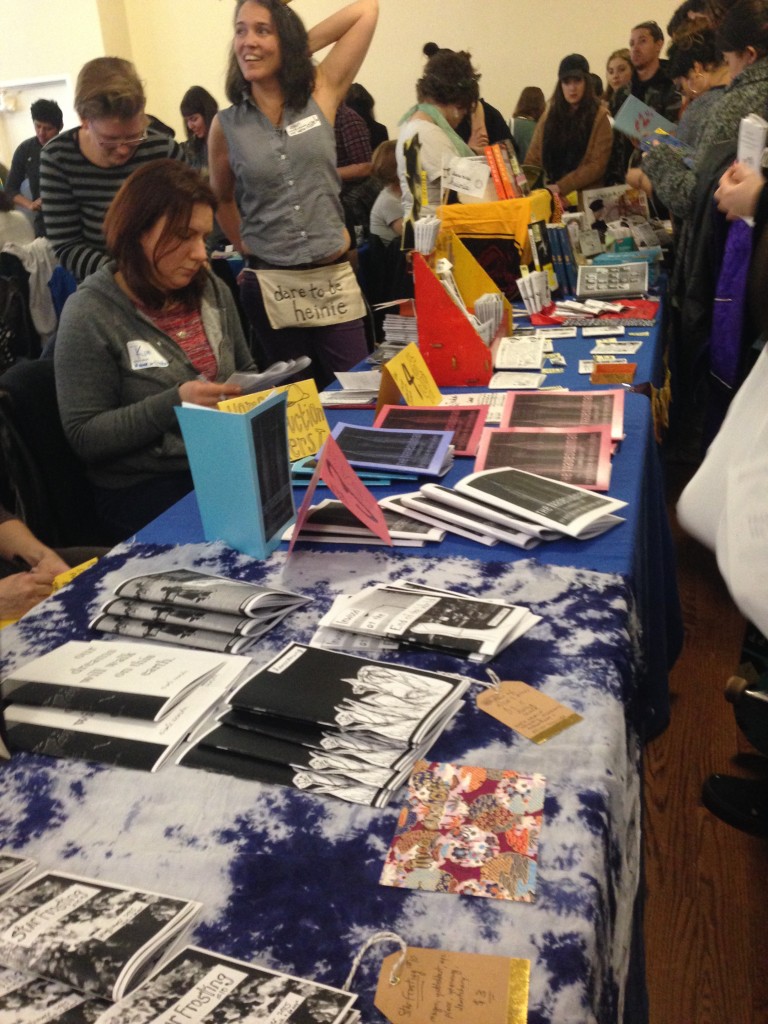 A series of grayscale zines

The zines centered around feminism while diversely focusing on a multitude of subtopics, from sexual harassment and eating disorders, to sewing pattern instructions and polyamorous relationships. Many were cartoons and illustration based, some were filled with colorful photography accompanied by poetry, and yet others were long transcription of middle-school diaries. 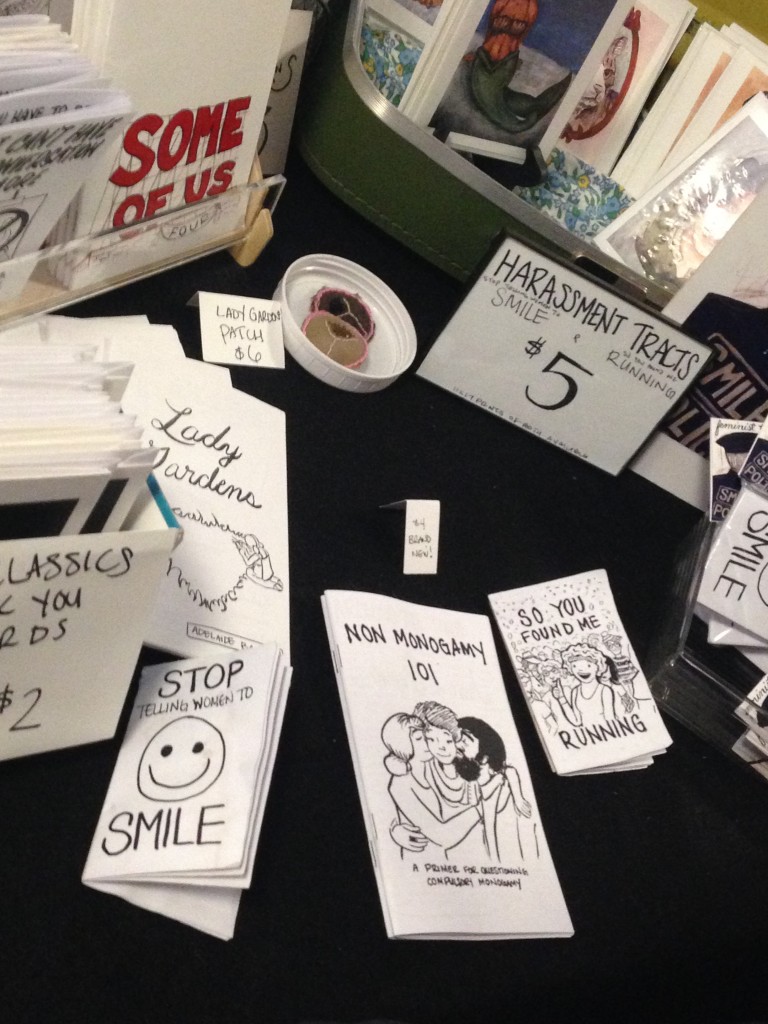 This is to all the misogynistic jerks who catcall us in the street. Why don’t YOU smile for a change. 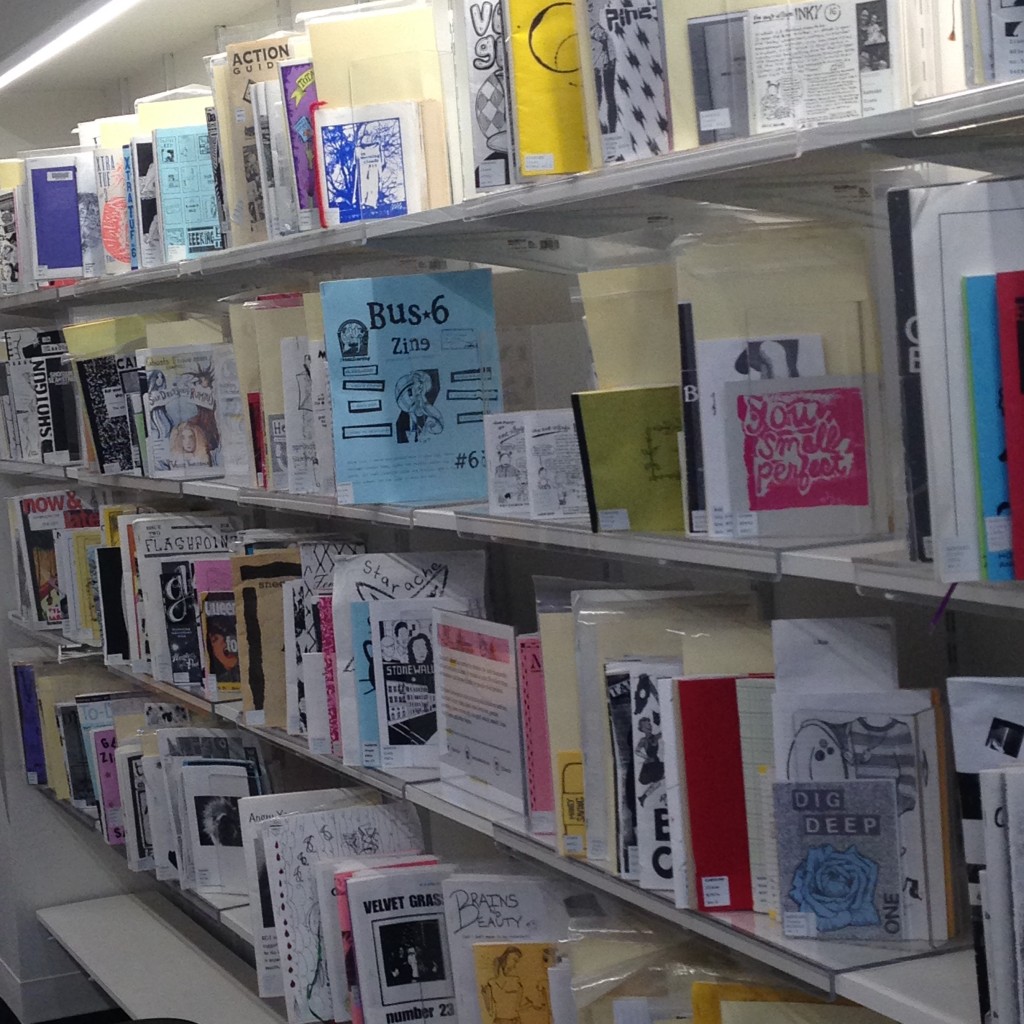 Barnard’s Zine Library, which contains over 6,000 zines, is open year round. 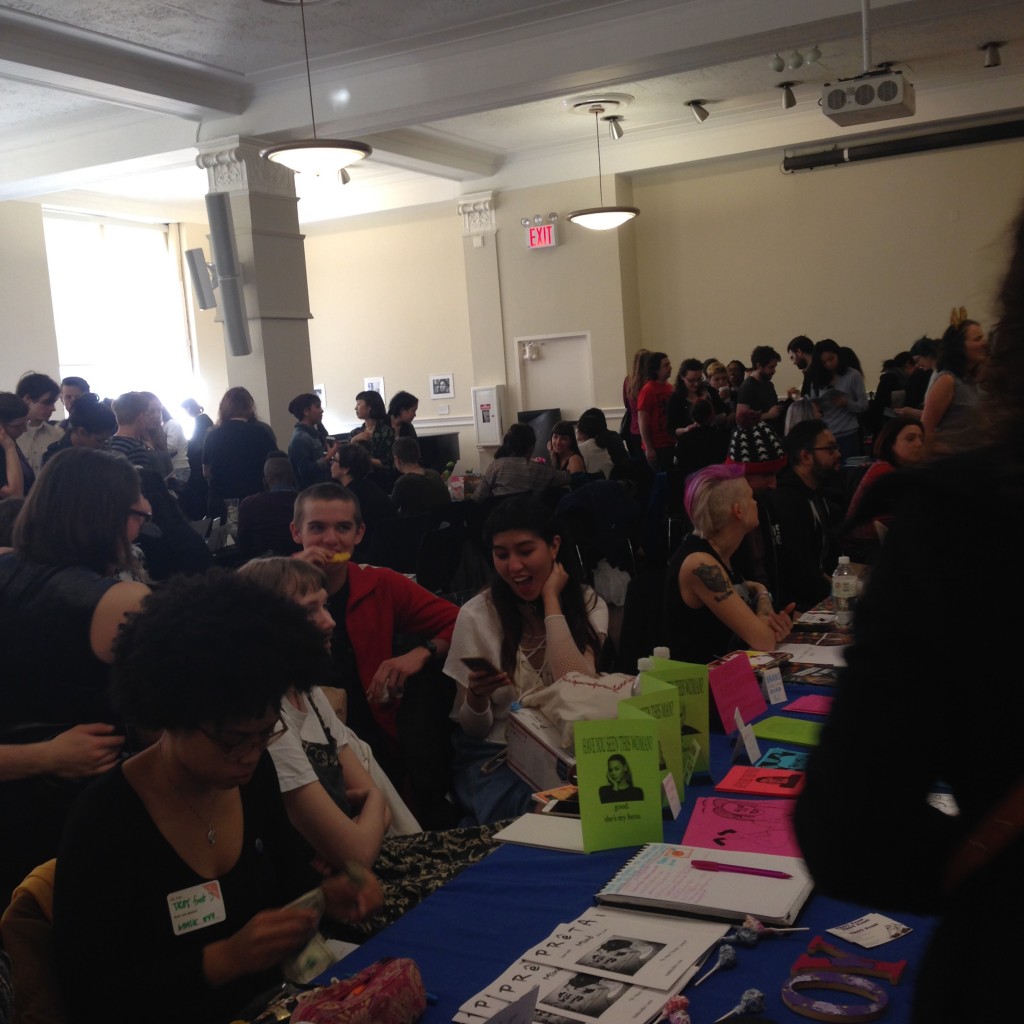 Lena would have loved it

The annual Feminist Zine Fest is an inspirational event because, besides providing a safe and accepting space for women and all attendees, it encourages independent publishers to continue growing their craft. It emphasizes that, in spite of many mainstream papers and magazines which reject radical female creativity, zinesters’ individual voices are important and their content is worth reading.

2016’s Zine Fest was a model platform for young female artists to tell their stories and promote their beliefs, and this year’s attendees were undoubtedly encouraged to join the ranks of the outspoken and bold.