Pop Culture is what makes schools and programs at NYU thrive

It’s no secret that when NYU named Andrew Hamilton as the 16th president of our university last March, the joyous occasion was greeted by much controversy. With former President John Sexton’s legacy hanging in the balance due to some tension with faculty members and students, the NYU community had the opportunity to respond well to a change of pace. Instead headlines surfaced about President Hamilton’s alleged $1.1 million penthouse despite the reports of tuition rising.

But headlines will be headlines. And as a journalist, I understand that it’s hard to center an opinion on someone without meeting them. So when I was approached with the idea of interviewing President Hamilton about Pop Culture (an important subject that has been a stepping stone in my schooling and career decisions), I immediately jumped on it. Who wouldn’t want to discuss Beyoncé, Drake, Harry Potter, and the man braid with their school president? Finally, a chance for the NYU community to see that our President has a likable human side to him amidst the controversy.

It worked at other schools. At UConn, a journalist wrote about their president’s knowledge of current Pop Culture. President Susan Herbst of UConn has open office hours where any student can visit her and discuss anything. Most university presidents have this to stay connected with their student body during their very hectic schedules. The reporter spoke to President Herbst about Drake’s “Hotline Bling”, and asked her to interpret lyrics. Although President Herbst did not know about the song, she was a great sport, learned what most of her community was into, and at the end of the article she revealed her passion for cooking. She seemed real, human, she even generated her own hashtag.

When I first contacted the President’s office, I was transferred to the Public Affairs correspondent. Knowing the interview would be centered around Pop Culture, I wanted to do it face to face, to make it friendly, and well understood. However, unlike President Herbst, President Hamilton does not have open office hours. Instead I was advised to email the questions despite my plea to talk face to face as a journalist. I emailed 23 short answer questions that would take at most five minutes to answer. The categories were standard and uncontroversial: “music”, “movies”, “TV”, “sports”, and “miscellaneous”. I was expecting for the President not to know the answers to some questions, but face to face, that wouldn’t have been so awkward.

Some questions were specific: Who would win a rap battle, Drake or Kendrick Lamar? Some were generalized: What is your favorite sports team? Some required a simple yes or no: Will Leo ever win an Oscar? And others were tailored for his knowledge of NYU: Like DJ Khaled, what “key to success” would you like to offer your students at NYU; Future is performing for NYU’s 2016 Spirit Week, is there a song you like from him? What school would Harry Potter attend if he went to NYU? 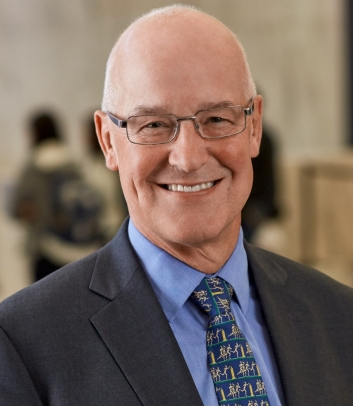 After receiving an email from the Public Affairs correspondent, I called her as advised. I had to explain the place I was coming from as a reporter. I had to explain that “no President Hamilton doesn’t need to answer all of the questions” and that “this is meant to be a fun piece for the students to get to know him”. Instead it was recommended I ask him topics of importance and said he most likely would want to speak on the issues. She suggested I interview him about a touchstone issue called “diversity”.

President Hamilton’s Public Affairs correspondent told me he was an intelligent man and would regard my questions as “low culture”. When I heard it, I laughed. Not only is it discrediting Pop Culture, it also devalued my profession and place of study. As a student that’s in Tisch studying TV/Film and minoring in BEMT, I was highly offended. Does this mean President Hamilton’s thinks that the Pop Culture Criticism workshop course that I’m taking in Gallatin should be removed from the curriculum? Or maybe NYU should do away with my federal work study at the Avery Fischer Center for all things media related at Bobst.

What I experienced was the same disconnect that a majority of students complain about at NYU. This was a case of administration (although not directly through President Hamilton) not relating to their student body. NYU centers around Pop Culture. In fact, Pop Culture is what makes schools and programs at NYU thrive. It’s the stepping stone for entertainment and media. Hell, even Jeopardy, one of the most “intelligent” game shows in the world has categories centered on Pop Culture (specifically Katy Perry).

The Public Affairs correspondent told me Hamilton wasn’t President Sexton. This is true. Although President Sexton may have had an unfavorable opinion to some, we still saw his human side. He gave out hugs and made it public knowledge during his most serious conversations that he’s a Mets fan.

And don’t get me wrong, I understand branding and associations with media. I forwarded the President Herbst interview and they still chose to pass on the opportunity, wishing me “best of luck with future pieces”. Well thanks, I got my future piece!

And I did receive an answer to one of my questions: What is your favorite sports team? It’s the Pittsburg Steelers. It’s just a shame that I found out over a phone conversation from a Public Affairs correspondent instead of the President himself.