We’re in college, so why are we still learning about how ‘no means no’?

I was newly eighteen and laying on a frameless queen-sized mattress in a rented out bedroom in Hollywood. He had moved around a lot and had chosen LA as his newest adventure, although it was an internship that brought him and his painfully logical affect would forbid anyone from labeling him adventurous. He was the closest thing I had had to a boyfriend.

“As a girl, what do you think about the whole “‘no’ means ‘no’ thing?” He often asked my opinion on things, probably one reason I enjoyed my time with him so much. But I didn’t exactly know what he was talking about.

“What do you mean?” I furrowed my eyebrows.

“You haven’t heard that? Like when a guy makes a move and the girl says ‘no… But sometimes she actually wants him to continue?” 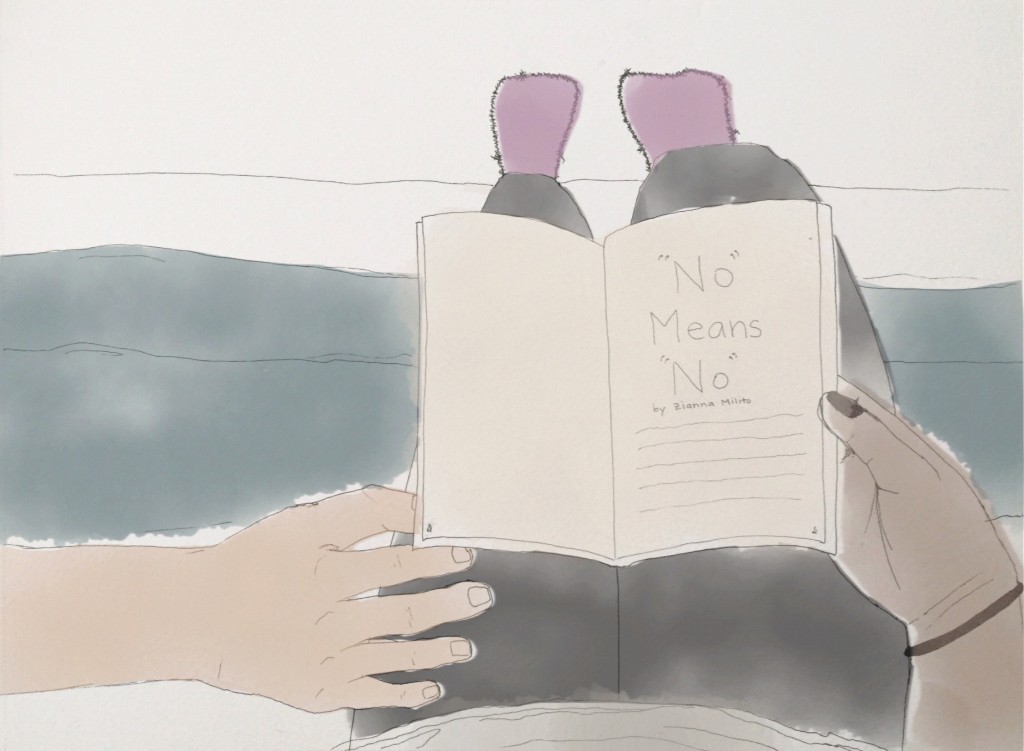 At the time, I was confused. I hadn’t had much experience with guys, and I didn’t understand the situation. I had been brought up with independent women all around me, teaching me my own power as well. I remember explaining this: “Why would she say ‘no’ if she didn’t actually mean it? Like if you like something, don’t make him try to guess if you do or don’t.”

“Yeah that’s what I think. I don’t know, some people think it adds to the excitement or whatever. It’s kind of like a power-play.”

“Yeah I guess.” That made sense to me. The dude would get off on pushing past her (assumedly) empty protests, and she had the power to infuse meaning into her words at any moment, stopping the action.

“I still don’t think that’s…it would just make me uncomfortable. I don’t think it makes anything more fun.”

He agreed with me. I wasn’t struck any way by him bringing this up, he was always very concerned with my own comfort and pleasure and I knew he was just asking to ask. He was definitely more of a feminist than I before I met him.

A year and a half later I’m sitting on an elevated twin bed in a college dorm room. My legs lay perpendicularly on top of another and my feet in fuzzy socks are hanging off the edge, tapping together in mild anxiety.

We had been flirty for a while but friends for longer, and it wasn’t my first time with him but his roommate had just left the room to us. This human leg-rest is the complete opposite of my “type” (or what I hope it is). He’s a Finance-majoring fraternity executive who has the ESPN app on his phone and derives sustenance from Bud Light. But I enjoy our time together because he defeats his stereotype and gets a kick out of my sass. I always get caught up in my attraction to him, almost as if I don’t want it to be real. I find this manifested in the way I react to him sometimes.

I had brought a schoolbook over with me, as a sort of buffer to any situation that I feared might bring out my awkwardness. He was toggling his Xbox controller with one hand and I was absentmindedly reading, overtly aware of how his other hand was resting on my thigh, thumb gently moving back and forth. I looked at him and smiled.

He started teasing me about the video game he was playing because he knew I hated the superfluous violence that was part of its premise. “Look, look,” he egged me on, as if he liked my overly dramatic reaction to a dead fictional character on the screen. “I’m not gonna shoot him, I promise, look!” I would turn my eyes slightly to the screen, smiling in playful suspense, and then dart my eyes back to him. “No!” 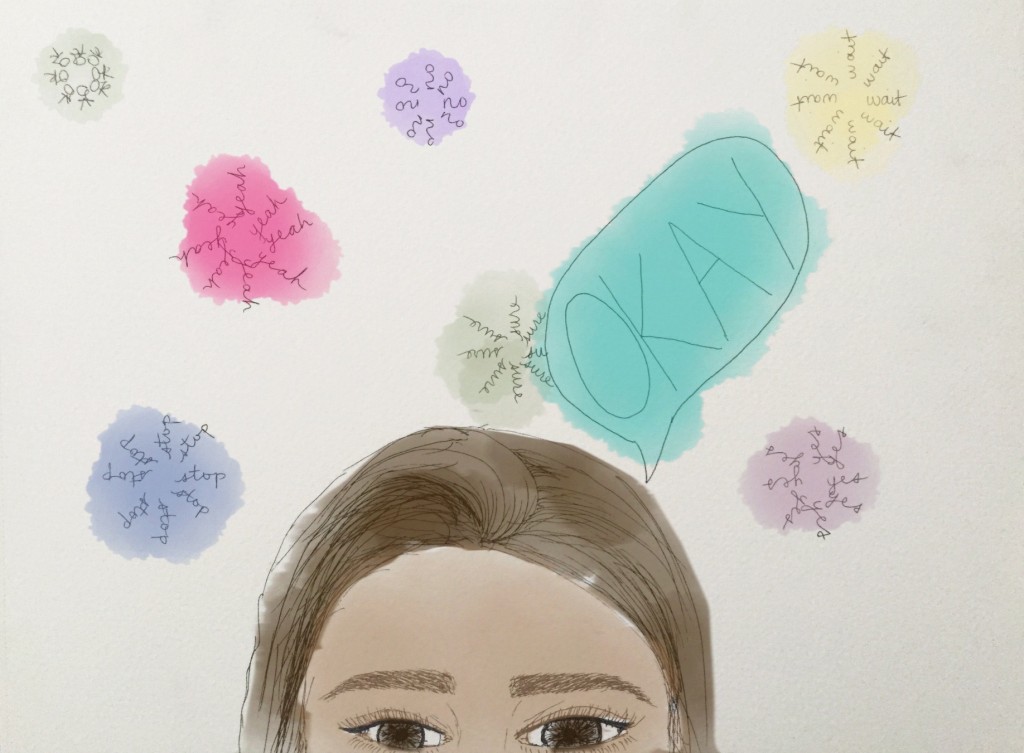 “I promise, I’m not gonna shoot him.” I turned my head to face the TV. “Look, see? I’m not shooting him.” I watched him scroll through the action options he already knew like second nature. His video game character ended up pouring gasoline on another character which was already on the ground, and he shot the area in front of it (not the person, he assured me) so that the gas-soaked body would catch fire.

“You asshole!” I kept up the act of being overly offended by the fictional violence. “No!”

“No?” he asked, smiling with his eyebrows raised as he slipped his hand into my pants. It was what I expected out of our hanging out, and wanted it the whole time, but found myself saying “no” again. He kept going. “No?” I managed a softer “no.”

As the regular chain of events ensued, I kept thinking about how I said “no” to something I knew I wanted. He knew too, which is why he didn’t listen to me. I realized that I had entered myself into a situation that I had before thought was completely precarious, a tricky situation that could lead to sex without consent. I thought back to the conversation I had eighteen months prior and realized why he had asked my opinion on the matter. He knew it was a jargon I would probably use at some point, something I couldn’t even foresee.

I never would have said “no” to someone who didn’t already know I meant “yes.” Words and meanings between people can be so easily lost, especially within the messy hookup culture of college. The most important thing is to maintain communication, and essential to that, don’t find yourself in any situation that is uncomfortable or unbolstered by trust.

Be understanding and make sure you’re understood as well, and you’ll be good.