Wendy Williams: ‘Communication is the stupidest major ever’

Yesterday, the Program Board hosted a free sit down with the talk show diva in collaboration with CMEP

Strutting in with a pearl necklace to go with her ensemble, the National Radio Hall of Fame inductee and current talk show host Wendy Williams was greeted by loud cheers and applause from NYU students.

Yesterday, the Program Board hosted a free sit down with the talk show diva in collaboration with CMEP. 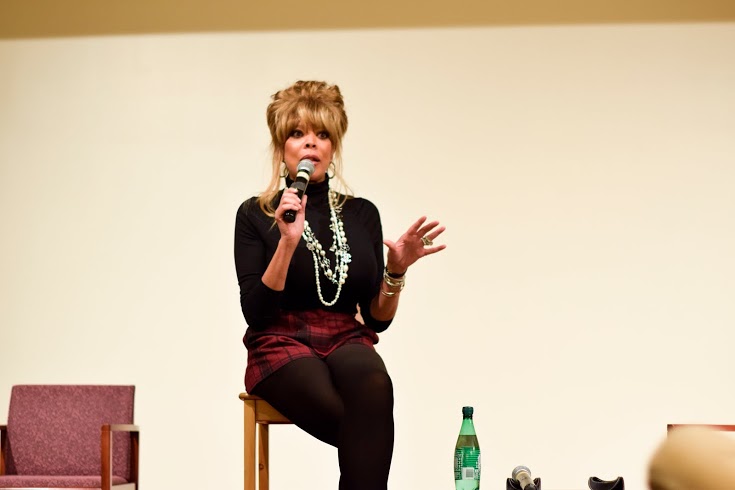 Williams immediately requested a higher chair so that while she spoke the audience in the back could not only hear, but see her. Guaranteed to be an entertaining time, the talk show host naturally threw out her show’s catch phrase “how you doin'” while describing her life during college, and a few years after she received her Communications B.A. from Northeastern in 1986.

Williams shocked everyone in the audience when she said, “I think that communication is one of the stupidest majors ever.” After the audience gasped, she explained that she should have majored in business because “writing never goes out of style.” She followed that up by preaching the need to gain experience for any career path through internships and volunteering. She also told the audience to model their career after their inspiration, one of hers being news anchor Sue Williams. 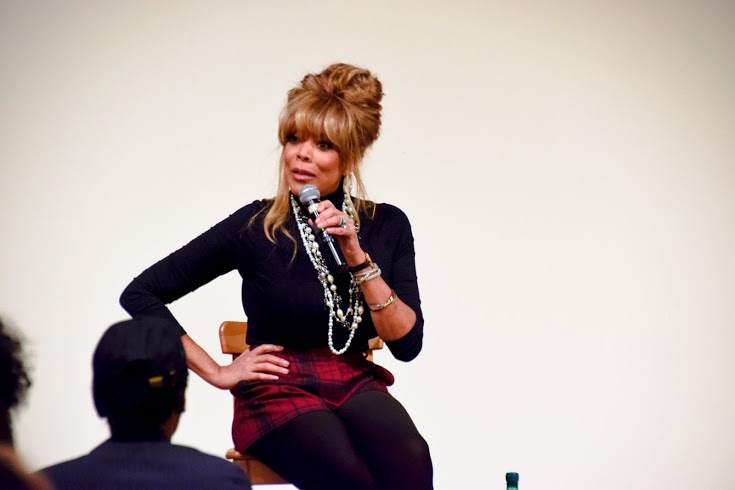 Carrying the conversation in her signature fashion, Williams told the audience that she switched to radio broadcast and DJ-ing because it was fun and what she was truly passionate about. The audience laughed as the guest recalled funny conversations regarding her internships and first few jobs on radio. When she described specific locations in which she worked, she stopped her story to engage with audience members from the area.

While describing her first job, Williams exclaimed “I was poh. Not poor. But poh!” She paused and asked, “But you know what else I was?” The audience didn’t know and she responded: “I was happy”. The talk show host encouraged NYU students to live out their dreams despite setbacks. She eventually said all the hard work paid off: “once you get to be an OG”. 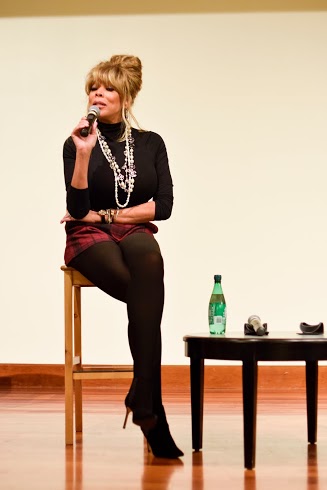 The host also also discussed what it meant to be a black woman in the entertainment business, celebrating the fact that it made her stand out from the competition and gave her something unique. She also gloated that she made something of her degree despite the fact that her parents wanted her to have a practical job. 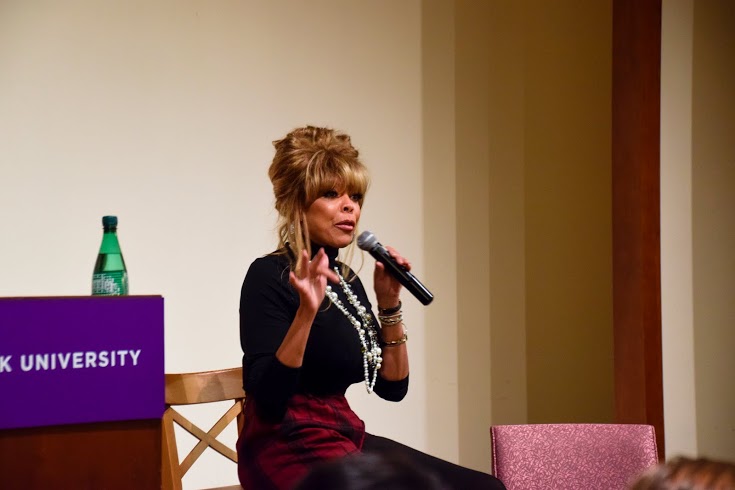 The host also gave relationship advice while in college, explaining that she didn’t believe in long distances relationships and students shouldn’t make them a distraction. She also encouraged females, saying, “I never had to lay on my back and be less than qualified for any job that I got.”

For the last hour of the event, she answered audience questions which paralleled the style of her “Ask Wendy” segment. The host, who prides herself as being a “realist”, held nothing back when asked about how to acquire an internship, how to succeed in the entertainment world and friends advice.

During the Q&A session, The Tab NYU presented Wendy Williams with a Tab t-shirt. The guest of honor requested a small, before her bodyguard took the shirt. While the shirt was handed to the bodyguard, Wendy said that she would wear the shirt with a pair of leggings. 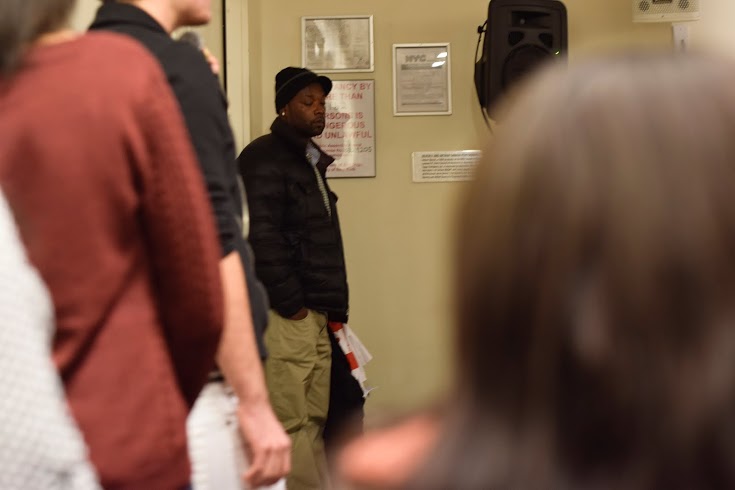