The legend tap danced for Tisch

Off the heels of Pharrell’s surprise guest appearance as a fellow Guest Artist in Residence, Tisch had more surprises in store for their 50th Anniversary.

Tisch matriculants were given the opportunity to have lunch with the legendary Billy Crystal: nine time Academy Award host and multiple Emmy winner.

Most people our age may remember him as the inspiration for the fictional character in the “Fairly Odd Parents” as Billy Crystal Ball.

However this was an event to celebrate his late father, Jack Crystal.

When the Tisch community entered into the newly named Jack Crystal Theater located on the fifth floor of the Tisch building located on 111 2nd Avenue, they were greeted by the jazz performance of the Riley Mulherkar Sextet.

The beginning portion existed of a jazz band of saxophonists, trombonists, and a piano player providing the dancing soundtrack for fellow Tisch swing dancers. 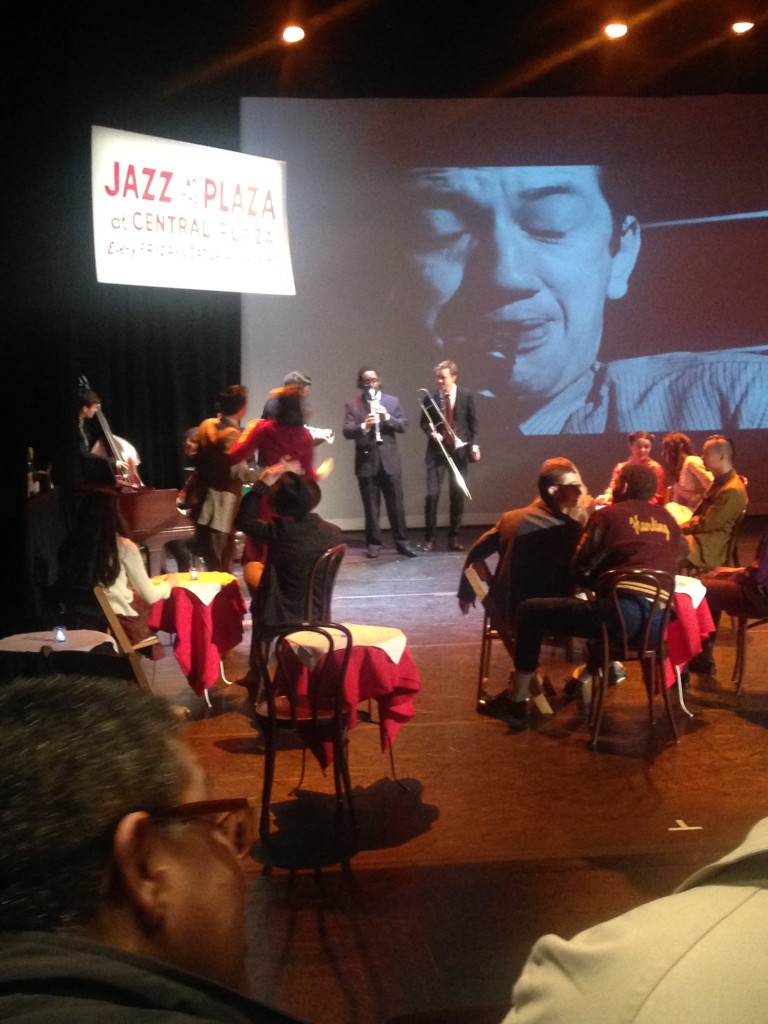 According to Tisch’s Academic Associate Dean Sheril Antonio the event catered to the Tisch community, and was intended to create a family vibe.

Many students were excited to be at the event. Tisch sophomore Lucille Brillhart said: “I love Billy Crystal’s work and I relished the opportunity to see him live for free.”

Her friend, fellow Tisch sophomore Molly DeVries, expressed that she believed the mysterious Tisch event was about “showcasing other great artists”, as showcased by the jazz band and dancers who performed.

She was expecting the Tisch event “to be fun and interesting” and “full of surprises”. 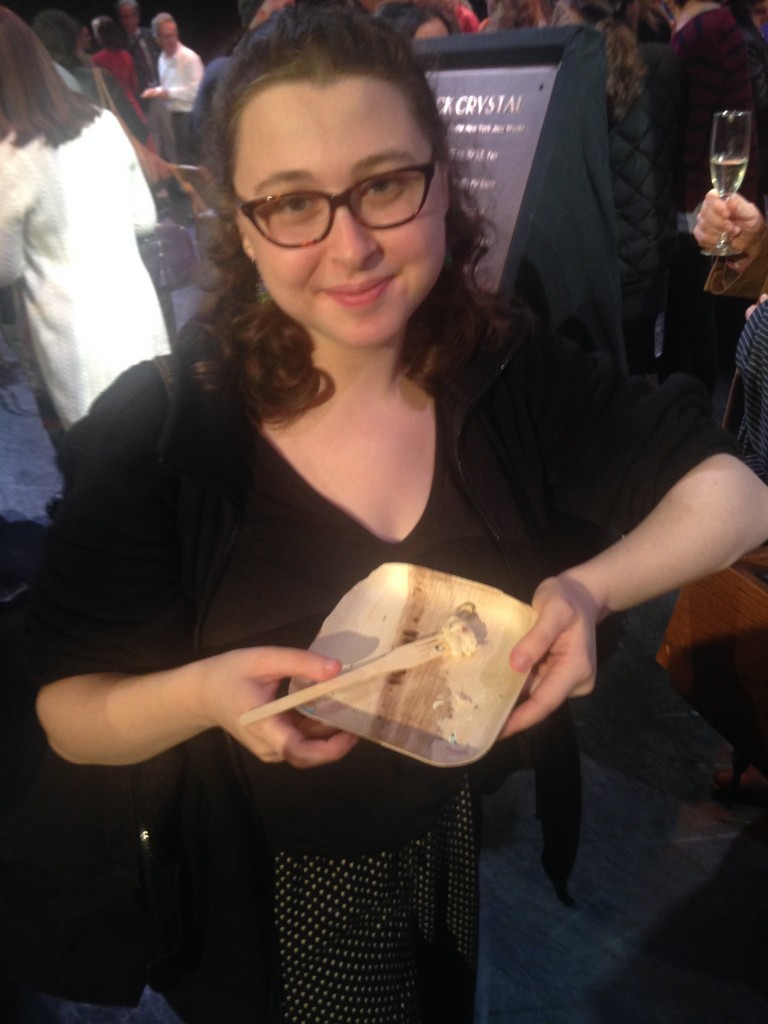 20 minutes after the festivities began, Tisch’s Head Dean Allyson Green approached the podium and celebrated the renaming of the Tisch theatre to the “Jack Crystal Theater”.

Billy Crystal, an alumnus (TSOA ’70) and donor to the Tisch School of the Arts, was there to celebrate the renaming of a theatre he performed in since the age of five for his late father.

One of the dancers in the opening sequence, Sarah Mackenzie, a Junior Dance major, was honored to be performing in front of Mr. Crystal.

As a current student, she was elated that his donations contributed to the renovation of the front lobby of the theatre in which she commonly performs. 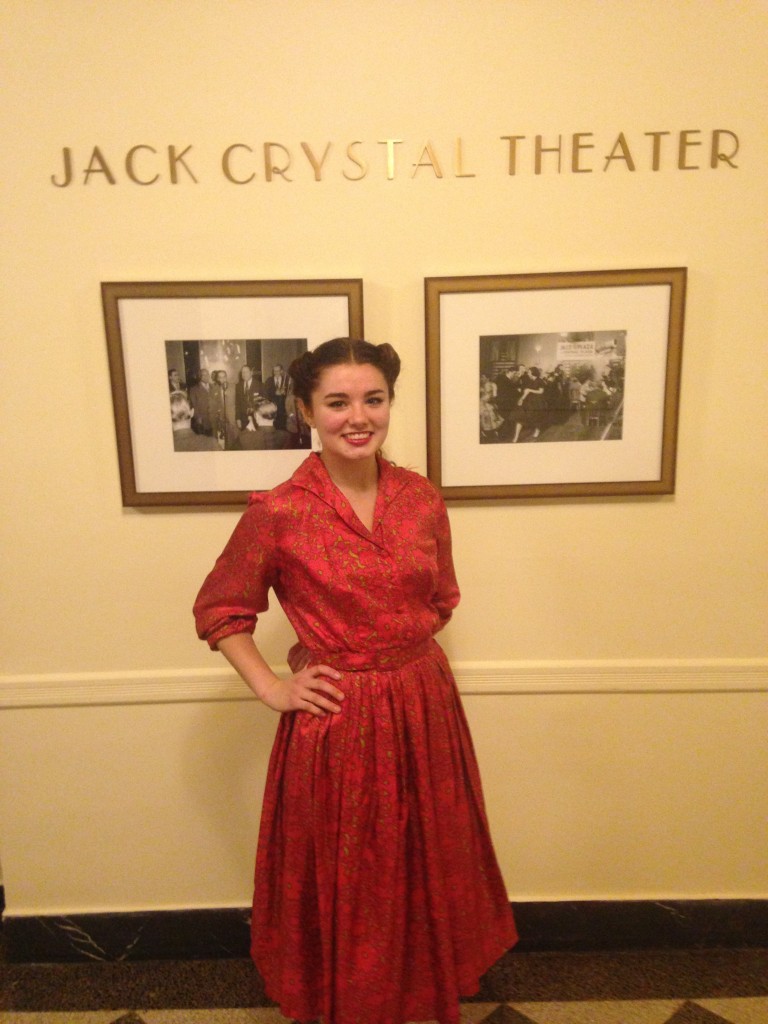 After Dean Green finished her speech, Billy Crystal  celebrated the legacy of his father Jack, who was a jazz player.

He recalled how his father was a “humanitarian” who valued the importance of everyone, and was the inspiration for his success.

A plaque was then unveiled in honor of Jack Crystal, followed by Billy’s request for the jazz band to play his father’s favorite tune “When The Saints Go Marching In”, which was accompanied by a quick tap dance from the Hollywood legend himself. 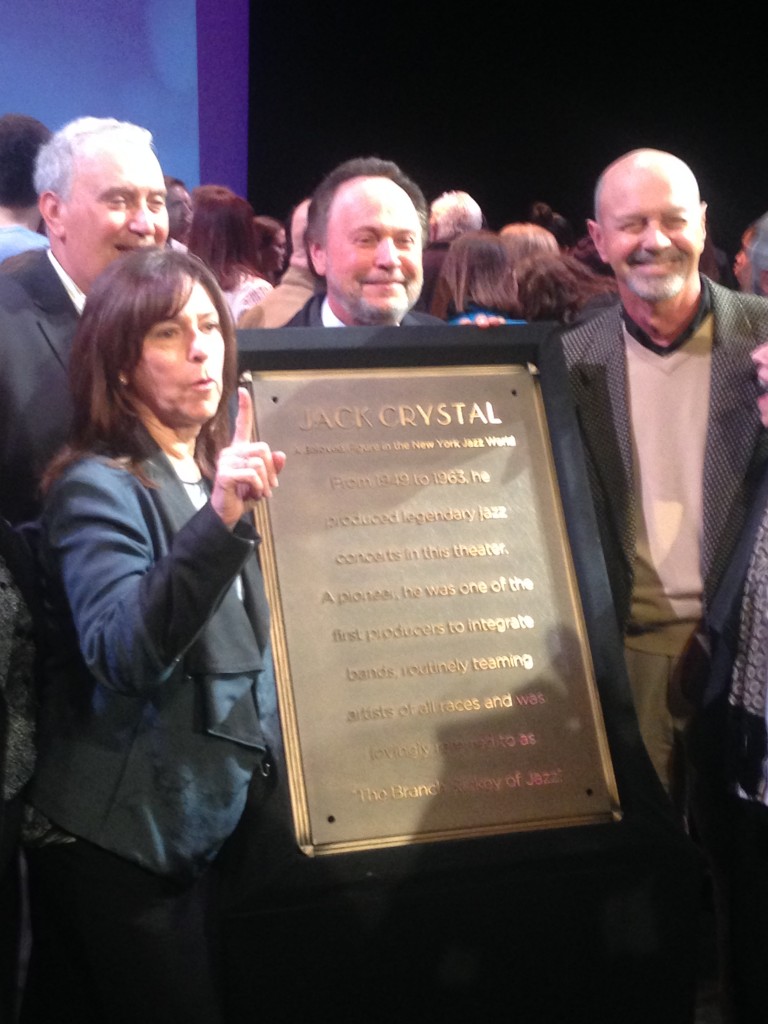 Billy Crystal and his brothers Joel and Richard 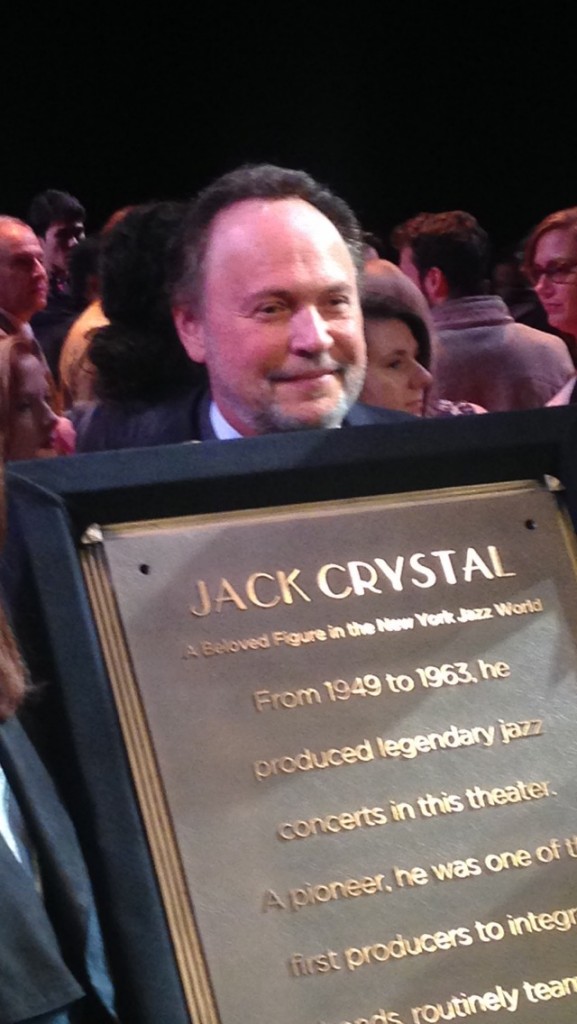 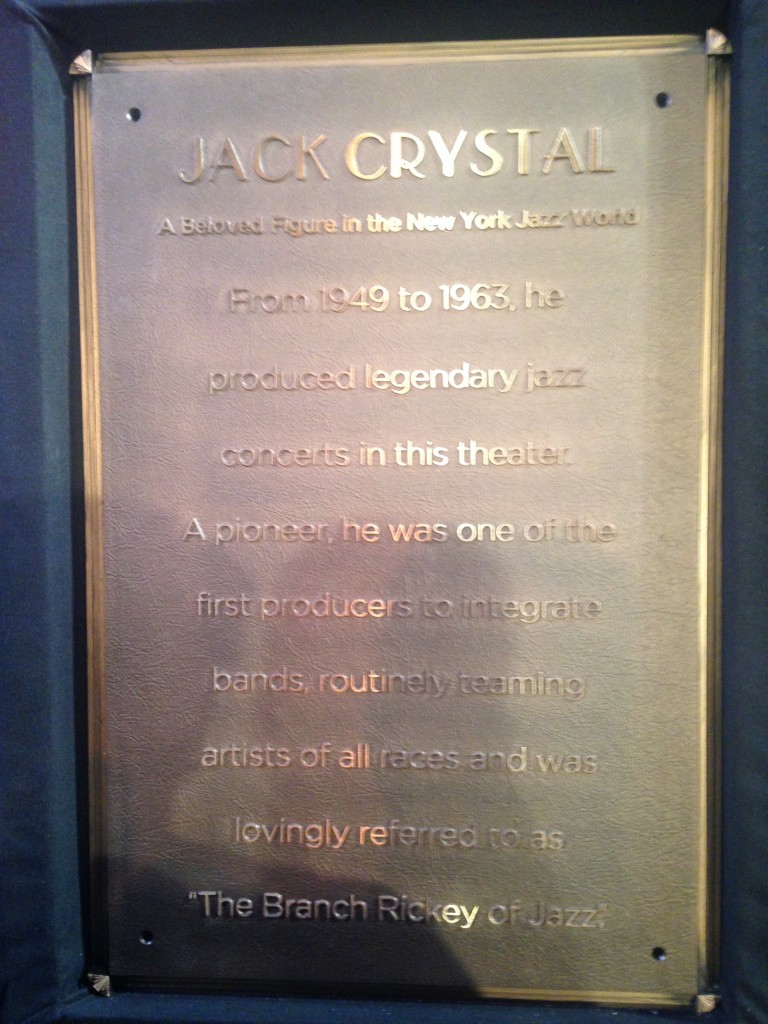 After Billy Crystal’s speech, the star mingled with Tisch students and faculty during a promised lunch and cocktail hour.

The event accomplished both Dean Antonio’s and Dean Green’s goals of organizing an event which generated a family-like vibe and which celebrated the NYU Tisch community.

According to Dean Green the event celebrated legends and honored the school’s great memories while looking forward to the next 50 years. She added more is definitely in store to come for Tisch’s 50th year anniversary. 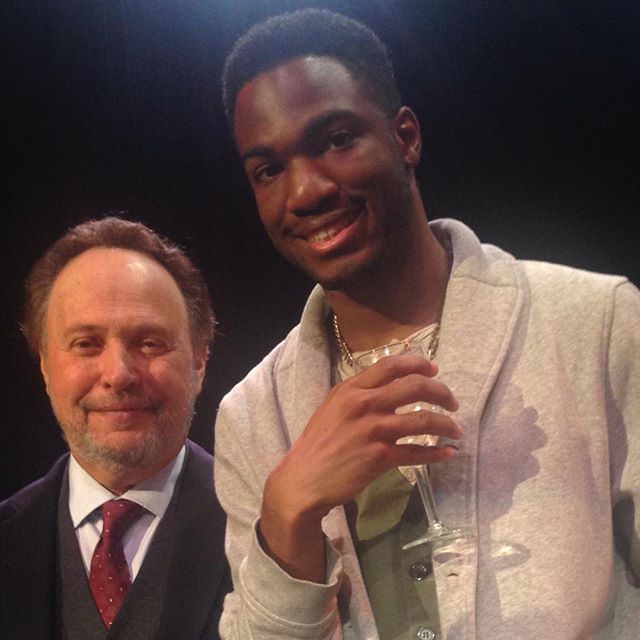 Yours truly and Billy!