It’s a time of merriment and cheer at NYU

“It’s the most wonderful time of the year,” and no this is not a Macy’s commercial. The Inter-Residence Hall Council (AKA IRHC) is hosting Flurry, tomorrow, so get ready and lace up your skates.

That’s right, NYU’s favorite ice skating event in Wollman Rink is back for its eighth year in a row. You can start your journey at Kimmel, where double decker buses give tours on 5th Avenue to Central Park!

We asked past Flurry attendants for their thoughts on this whimsical and magical day.

It’s free! As CAS Junior Hugh Hobbs says: “It’s a great time for anyone with a decent NYU ID.”

Take in that first moment of arriving  to the rink which is located in the heart of Central Park. Steinhardt Junior Sharon Migdal remembers: “I think my favorite moment was from freshman year turning that corner into the rink and just seeing all of NYU on the rink and just looking up at all the buildings and feeling like I was in the heart of New York City for a few short hours.” 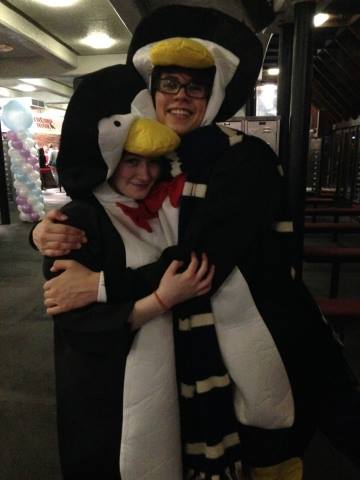 Stay warm! It gets pretty cold. Tisch 2015 graduate Nicole Brown said: “My favorite moment will have to be all the free hot chocolate.” 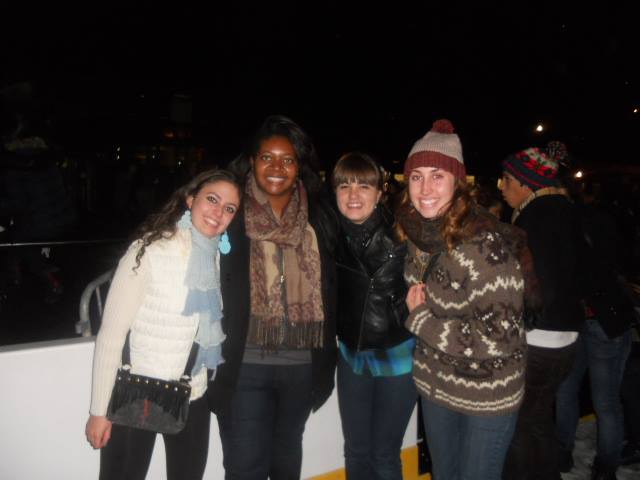 Help your friends that don’t know how to skate. CAS Sophomore Skylar Mealing said: “I went with a friend who didn’t know how to ice skate, so we did the middle school prom dance pose, and I guided her around the rink.” 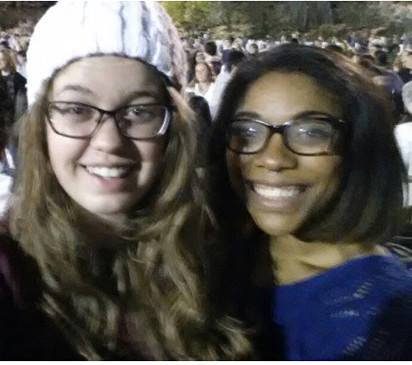 But don’t underestimate anyone’s skating ability! You might see a show according to Skylar:

“The people that you would never guess know how to ice skate are always effortlessly gliding and doing twirls and everyone is so happy. It’s like for a few minutes, you forget the stress of being here and you’re just with your friends. It’s cheesy, but it’s true”.

Enjoy the company of your friends (and the DJ)! Tisch Junior Analisa Gutierrez told us: “My favorite moment of Flurry was when two of my friends I didn’t know were there snuck up behind me and grabbed my hands to help me skate. I was in the middle, like a kid dangling from my parent’s arms on each side. Also, the music they play during the event is so good!” 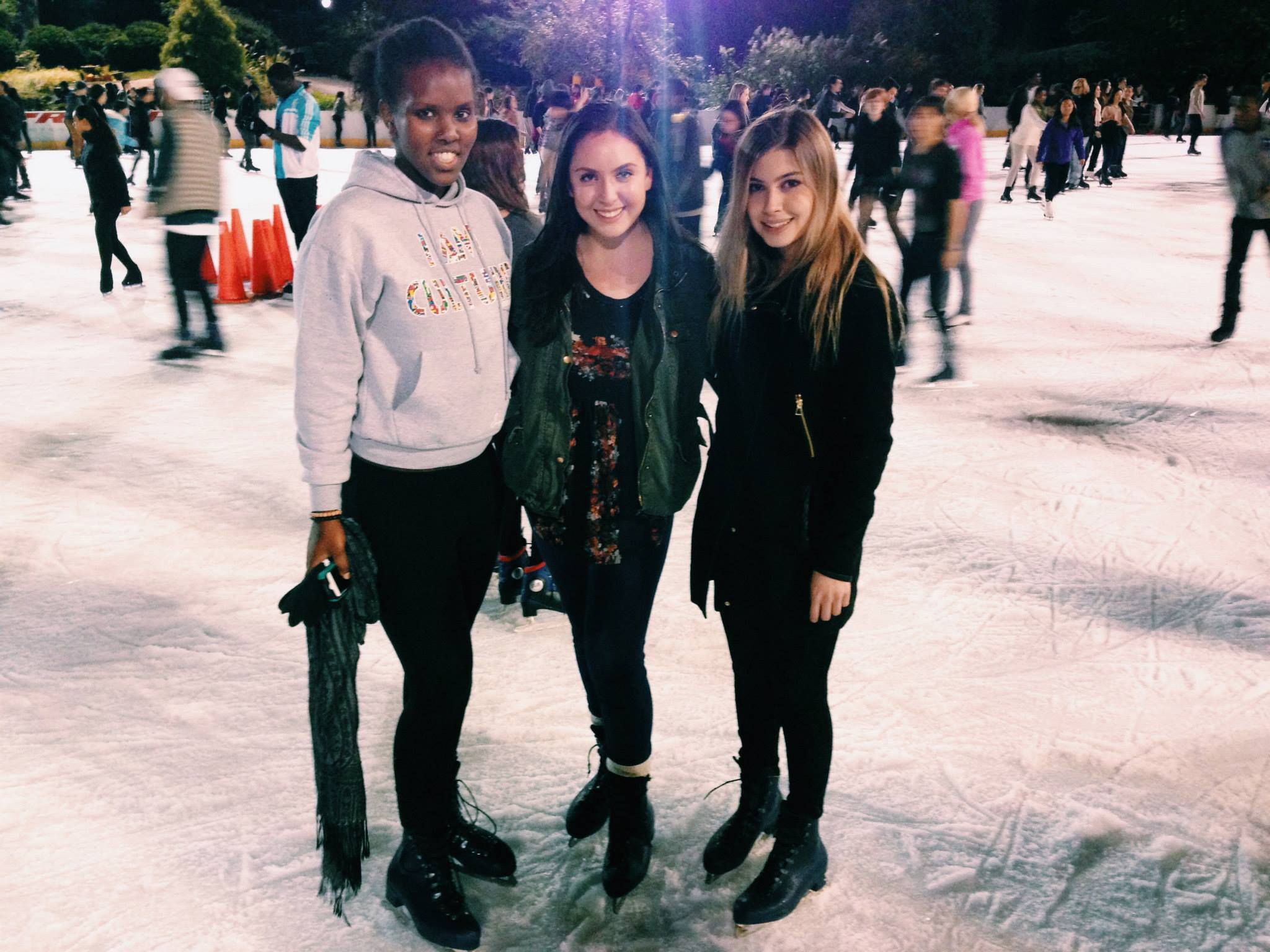 Analisa in the middle of her two ‘Flurry Parents’

But there’s not just ice skating. There’s delicious treats, as described by Steinhardt Senior Michael King: “I like all the free candy they give out!” 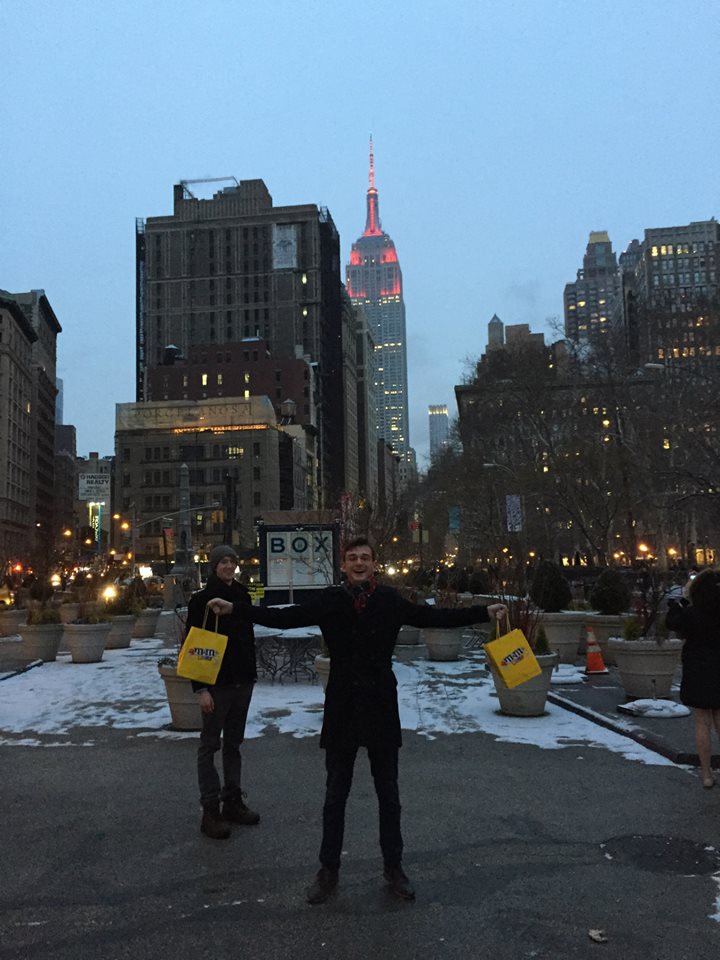 Embrace the crowd and know that IRHC has your back! IRHC’s current President Walker Chabbott told us: “I think my favorite moment has to be when it starts getting really crowded and everyone is just enjoying themselves on the ice and it makes all the late nights and hard work worth it.” 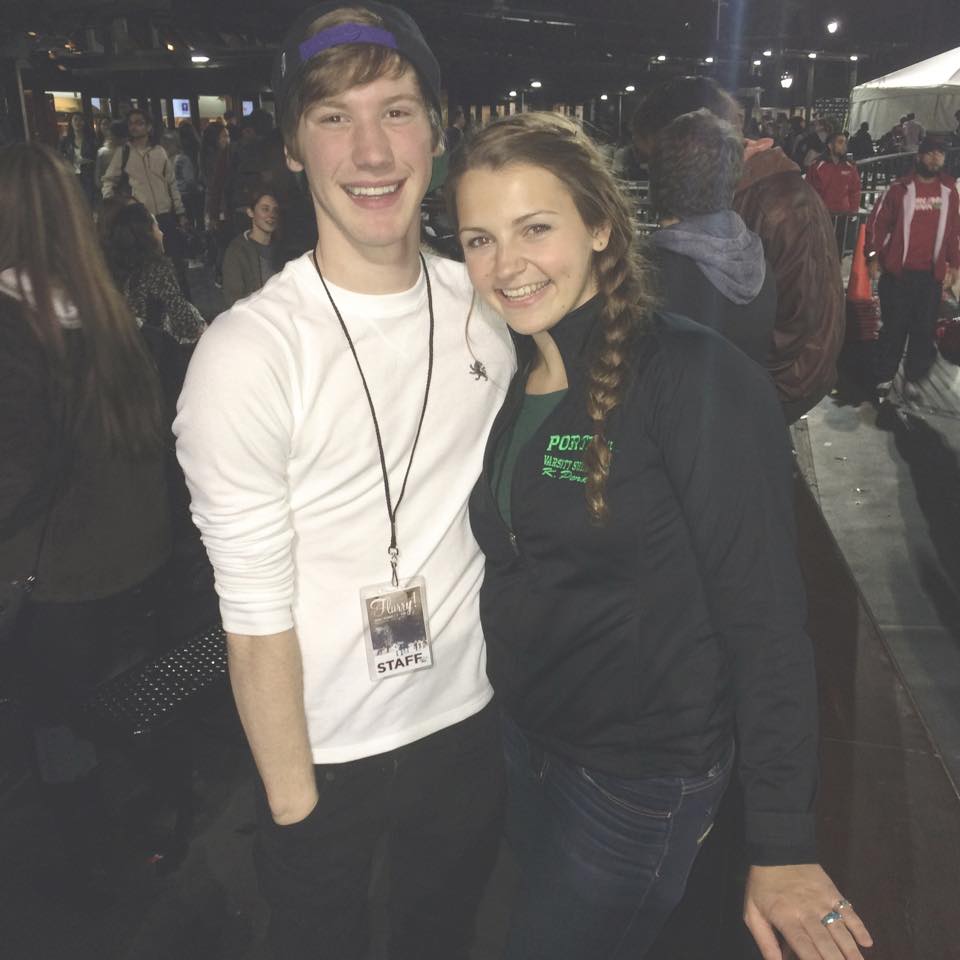 And don’t forget to nae nae or drop it like it’s hot with IRHC’s Housie! 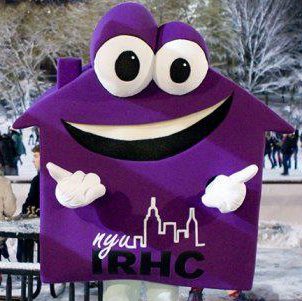 The MVP of Flurry!