‘Love trumps hate’: A massive group of students gather outside of DeBart

It was an expression of solidarity

Students stood together in unity outside of DeBartolo Hall Wednesday morning to demonstrate their support for minority and suppressed groups.

The group of students formed a circle this morning, reportedly beginning around 9am. By noon, the group had grown into a sizable mass as more people joined in between classes.

According to student participant Allie Castellanos, the on-campus Latino Student Alliance (LSA) organized the event as a way to unite students after the election of Donald Trump, whose rhetoric has been called sexist, racist, and anti-LGBTQ. 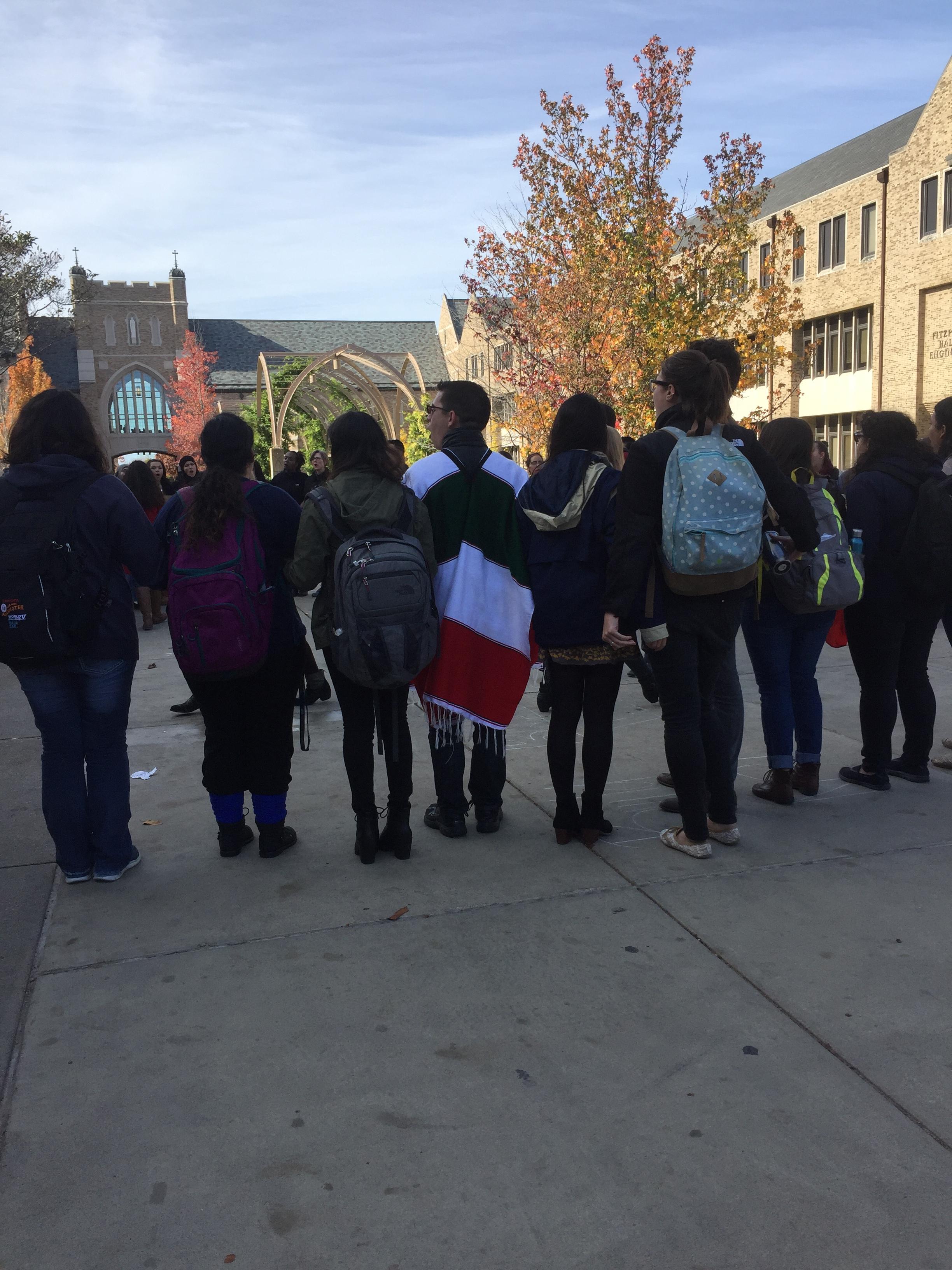 Students gathered outside of DeBartolo Hall, one of the most frequented classroom buildings on campus.

Catellanos says that the goal of the event was to “show support for those that fear for their futures, in a peaceful and loving way.”

She, along with the other participants voiced a variety of chants, including “We stand for” Muslims, the sexually assaulted, black lives, blue lives, the LGBTQ community and freedom.

The protests attracted a lot of notice, occurring during high-volume class change periods. Many students noted that student demonstrations, and particularly one of that size, are not seen often at Notre Dame.

As expected, there were a few students who made a point to show their support for the election results, shouting support to one another over the demonstration.

Despite voices heard from both sides, the LAS demonstration remained peaceful and steadfast. LAS took breaks, but continued their demonstration into the late afternoon hours. 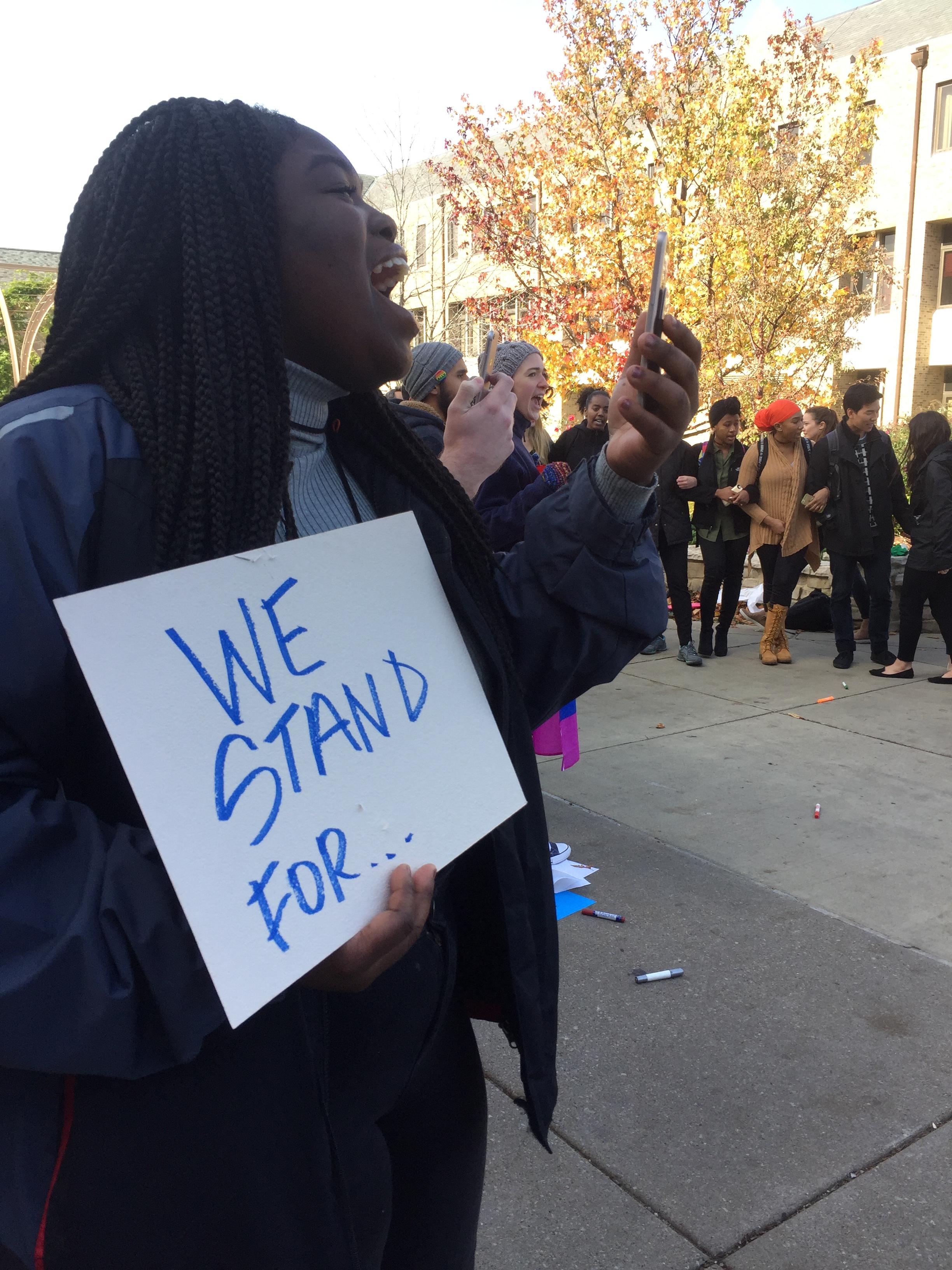 Many students videotaped the demonstration to share on social media.

Daniela Cabada, another student who participated in the LAS demonstration told The Tab:

“The peaceful protest was an act of solidarity and an act of love for all those marginalized groups affected by the atrocities that Trump has spread about them.

“It was not a protest against the election results. We can’t do that. What’s done is done, he will be the next president.

“However, we can’t just stand idly by while all these people, including myself, are in pain and fear.

“We have to let all Latinos, Muslims, African Americans, women, refugees, undocumented immigrants, sexual assault victims, the people with disabilities, and members of the LGBTQ community, know that we stand with them, that we love them, and that we are here for them, because love trumps hate.”

While Trump has spoken about building a wall along the Mexican border, flip-flopped on his stance on gay marriage, and pledged to overturn the Affordable Care Act, it is impossible to know what, exactly, will happen when he steps foot in office.

President Obama and Hillary Clinton have both urged a peaceful transition of power in January.