It probably took you less than 30 seconds after arriving on campus after fall break to realize that everyone’s favorite holiday is stealthily approaching. You can’t so much as walk down your dorm hallway without being assaulted by a veritable onslaught of jack-o’-lanterns and “spooky” paraphernalia. Everything is inexplicably decorated with gourds, and even the dining hall puts out a table of orange desserts —Halloweekend is nearly upon us.

However, you might not have known that beneath the festivities lies a supernatural past. If you read the recent report, you’ll know that Notre Dame weighs in as the 19th most haunted college in the US — yes, that’s right. It suddenly makes so much more sense why the statues by the library creep you the hell out at night. 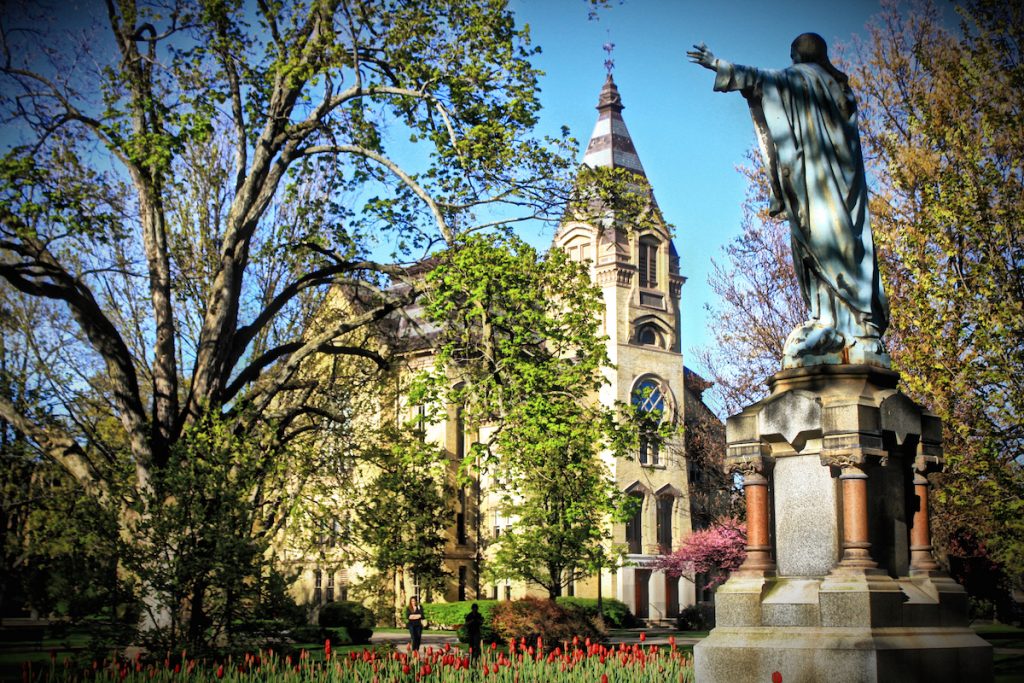 In 2004, our beloved alma mater made it onto the program “Haunted Campuses,” with a film crew visiting campus to produce a special on the alleged haunting of Washington Hall. For those of you who don’t know the legend, in 1886 an unnamed steeplejack who was working on the roof of Wash Hall fell to his death. A few years later, a student professor living in the very same building fell ill suddenly and died, too.

But the most famed casualty of the apparently haunted building is the one and only George Gipp, namesake of the “One for the Gipper” speech. Gipp, a legendary All-American member of the 1920 Fighting Irish football team, was out late one winter night and found himself locked out of his dorm after curfew. He considered sneaking up to his room, but feared the wrath of resident priest, Brother Maurilius. He had no choice but to sleep on the steps outside Washington Hall, which led to his contracting pneumonia and dying not long after.

Famously, on his deathbed Gipp is said to have implored coach Knute Rockne, “Sometime, Rock, when the team is up against it, when things are wrong and the breaks are beating the boys, tell them to go in there with all they’ve got and win just one for the Gipper. I don’t know where I’ll be then, Rock. But I’ll know about it, and I’ll be happy.” It’s disputed whether these were his real last words, but we do know that Rockne turned them into the greatest halftime speech of all time. 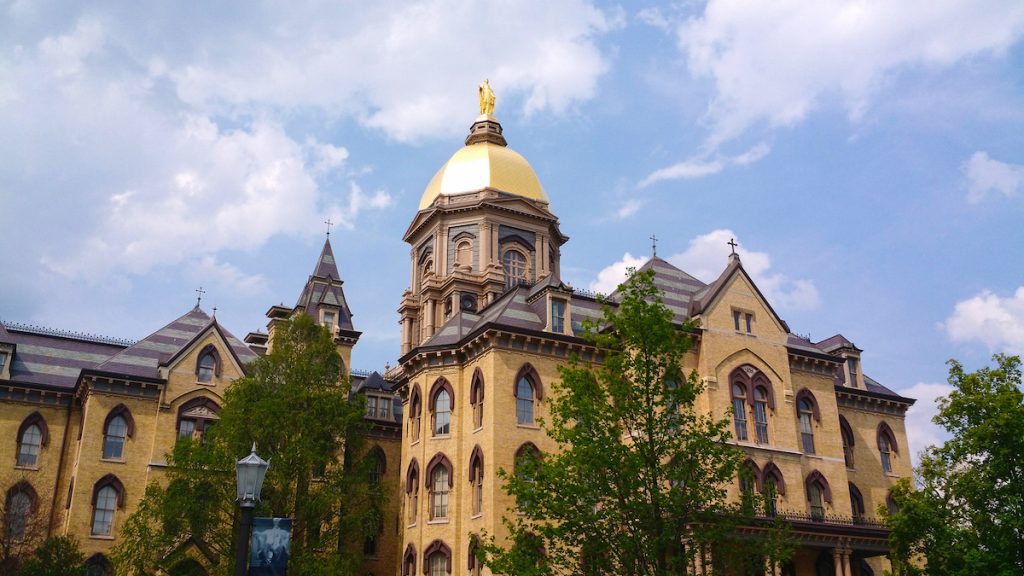 What of George Gipp, though? And the other men who lost their lives to our seemingly innocuous theater building? Well…some say their souls never left. School publications from 1926 mention an international student looking out his window towards Wash Hall more than once and seeing the ghost of the Gipper, charging into the hall on a white horse. And a publication from 1921 (when students still lived in the hall) mentioned hearing an eerie horn blow almost every night at midnight with no apparent source, not long after George Gipp’s death.

When Brother Maurilius—the very same priest whom Gipp had tried to avoid by sleeping outdoors—heard of this, he demanded an exorcism (yes, really) of the entire hall.  And ever since then, the horn has been silent—or so they say.

An alum claimed in the 1970s that he had been making the horn sound all along as a prank; however, fellow alumni later pointed out that he had lived in Sorin Hall and could not easily have snuck into Washington every night without being caught.  Many choose to believe that the Ghost of the Gipper remains among us, charging through Washington Hall on his undead horse and blowing his horn night after night.