What is it really like working for a political campaign?

He averages four and a half hours of sleep a night

While your average college student’s main concern is what flavor ramen to make for dinner or calculating how late they can sleep in, Prathm Juneja, a sophomore from O’Neill Hall, is preoccupied with something much bigger: changing the world.

I did the leadership seminar after my junior year and that was the first time I had been to Notre Dame and I fell in love with it as soon as I was here. One of the things that they talked about was the opportunity to study engineering and arts and letters over 5 years and get a dual degree. I went to a nerd high school so I love programming but I also love politics so my dream was to do computer science and political science and my first day at Notre Dame they were like, you can actually do that. The whole thing about Notre Dame is that it’s centered on this idea that you can do more than just be a college student. You can impact your country, your world, you can do research and all of these amazing things while you’re still learning. It’s not just education for the sake of education, but education for the sake of making a difference.

So your major is computer and political science?

Yep! I get five football seasons!

Do people know that about you?

What’s your role in student government?

I am the director of national engagement and outreach, which just means politics. We do all that we can to increase civic engagement and civic discussion on campus. Our big thing this semester is obviously the election. We’re working with ND votes to get people registered to vote. That’s one thing that really bothers me, when people don’t vote. That’s an issue that I’m really passionate about and I hope my department can help tackle. Next semester we’re going to shift our focus a little bit to issues that we as a university can tackle. If we put everyone together to tackle an issue we could really make a difference. We want to show that we can create real change. 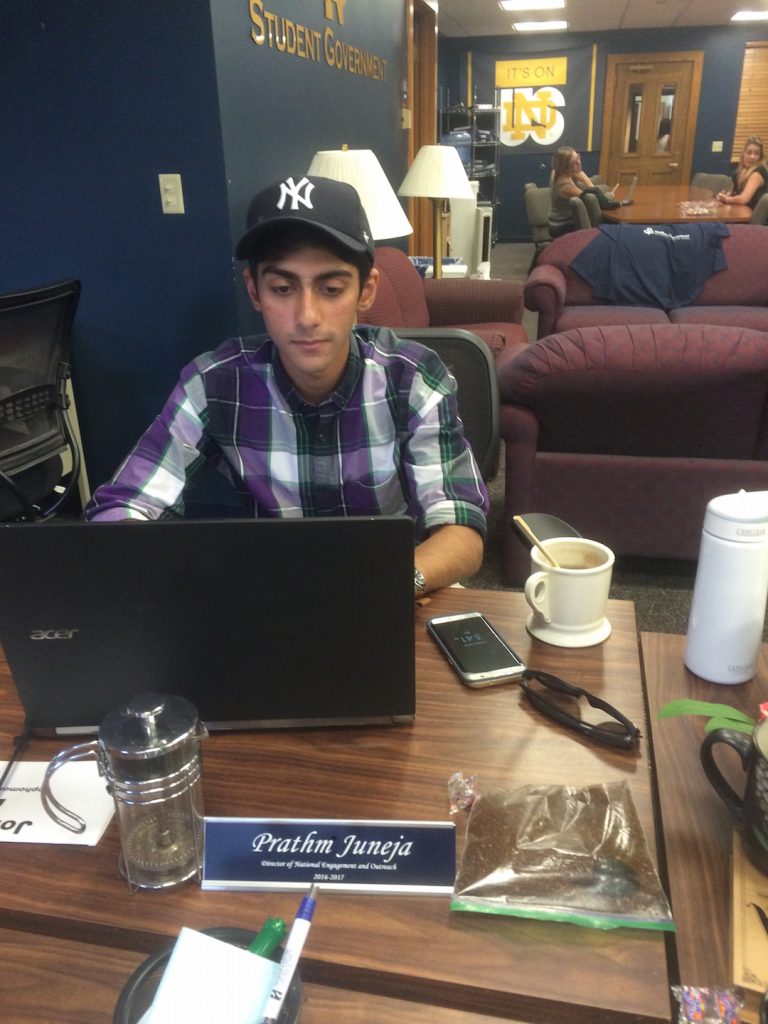 Prathm in his natural environment, the student government office

So I have sources that tell me you’re very accomplished and have worked on various political campaigns.

I worked on Mayor Pete’s campaign… He is an incredible person, the opportunity to work closely with him is really cool. He is going to be president someday.

Do you still work with him now?

Last year I worked in his office of innovation as a software programmer, but this year I’ll probably work in his office helping him out, which I’m really excited about. Right now I’m helping out with the other Democratic campaigns. I’m a strong democrat, one of the strongest on this campus, I always talk politics – but I’m working with Lynn Coleman and Evan Bayh. I wish I had more time to help out on that. I’m doing my best. South Bend is such a great city for politics.

Do you consider anyone you’ve worked for a political role model/mentor?

Mayor Pete was a huge role model – he’ll always be a huge role model of mine. His dad was also my seminar professor, Joseph Buttigieg, and is one the smartest people I’ve met, a huge mentor of mine. It’s so easy to find successful people on this campus. 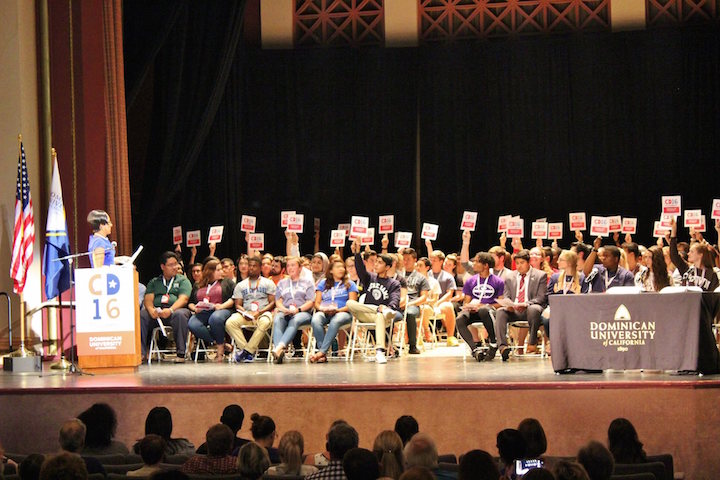 So you’re from New Jersey?

Yeah I’m from central Jersey, Edison. 30 minutes way from NYC, 30 minutes away from the shore, it’s the perfect place to be in New Jersey… It’s a very unpopular opinion, but I think New Jersey is the best state in the country, I miss NJ all the time

Would you move back?

Oh yeah. I’m going to live in a major city for a couple years, but I know I’ll end up back in Jersey. If I want to do politics, New Jersey is the place.

What is it exactly that you want to do with your life?

That is the question. I hope to go to grad school for public policy of PPE. The computer science side of me is interested in entrepreneurship, so if I decide to start a company that’s my foundation. I love programming, creating applications. The ideal scenario is I go to grad school, I start a company while I’m in grad school and I change the world somewhere in there, and come back to the states and maybe go to law school or go into politics. I have no idea, there are so many paths I think I could take. 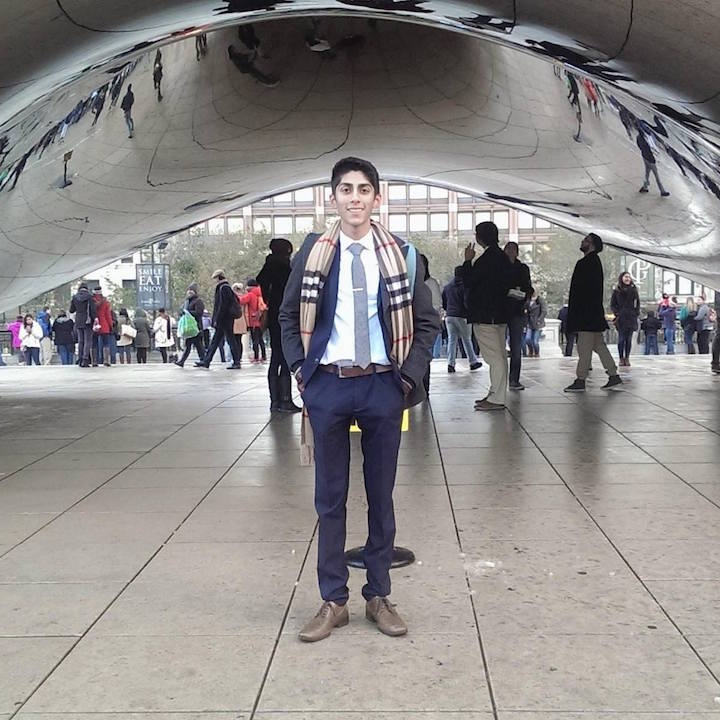 How do you have time for all of this?

I don’t have time, I’ve been averaging about four and a half hours of sleep this week, there’s so much going on. If I wasn’t taking engineering classes ad 20 credit hours I’d be okay, those are wild. You just gotta keep pushing through.

What do you like about being involved in politics?

I love politics because everyone is affected by politics. The school board election your parents forgot to vote in is the reason your curriculum changed… the mayoral election is the reason those pot holes you complain about every morning haven’t gotten fixed. The thing about politics is that if we could all as a society realize the importance of them, we’d improve our quality of life so much. On one side it’s the ability for people to be involved in civics, in their own lives, in ways that thy didn’t realize, but also it’s the power of individuals, the politicians, to impact the lives of so many. It’s such a great exchange of power and in my eyes the most effective way of getting things done. I love technology for the same reason, we can create reform through political reform or technological innovation.

Is that why you chose poli sci and computer science?

Yeah people think those two mean nothing together, that they’re both just fake sciences. They both have the same goal. Politics can change the world and so can technology. We see it everyday, progression happens through both means.

How do you want to combat the low voter turnout?

I don’t hate that people don’t vote as much as I hate how hard it is to vote in this country. I think it’s the most important thing a person can do. Voter registration systems need work. The US is a champion for democracy across the world, but ranks low in voter turnout. We need to encourage people to love politic and civics, but also allow the government make it easier for things like this to happen. There are so many ways for that to happen. We can have things like ND votes and registration drives, and talk to our friends about it, encouraging them to vote. 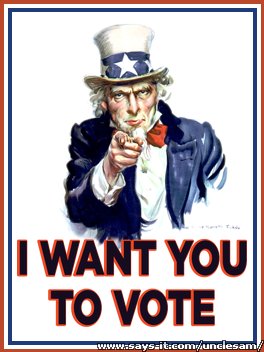 You seem to be passionate about a lot of things, what would you prioritize as your number one?

Voting. I think if everyone votes we solve everything. If everyone votes, then politics have to care about everyone. As long as we get people engaged in civics, we can tackle all of everyone else’s passions and mine. Change comes from using your voice, and we can do that in this country by voting.