A farewell to my freshman year RA

A mentor, not a narc

As a kid, I tended to have a problem with authority. I was the obnoxious, sarcastic commentator in the classroom, the perpetually late guy, the teenage driver who would still shift blame to external sources even after getting two speeding tickets in one day (more on that another time).

I first learned the term “RA” while watching a college movie – some Animal House knock-off – on TV.  Sometime in the first ten minutes, the somewhat jerky male protagonist mentioned his RA as a likely impediment to an upcoming party.  When I inquired about this mysterious position, my cousin groaned.  He said something like “It stands for Resident Assistant. They just get people in trouble because they don’t have anything better to do.” 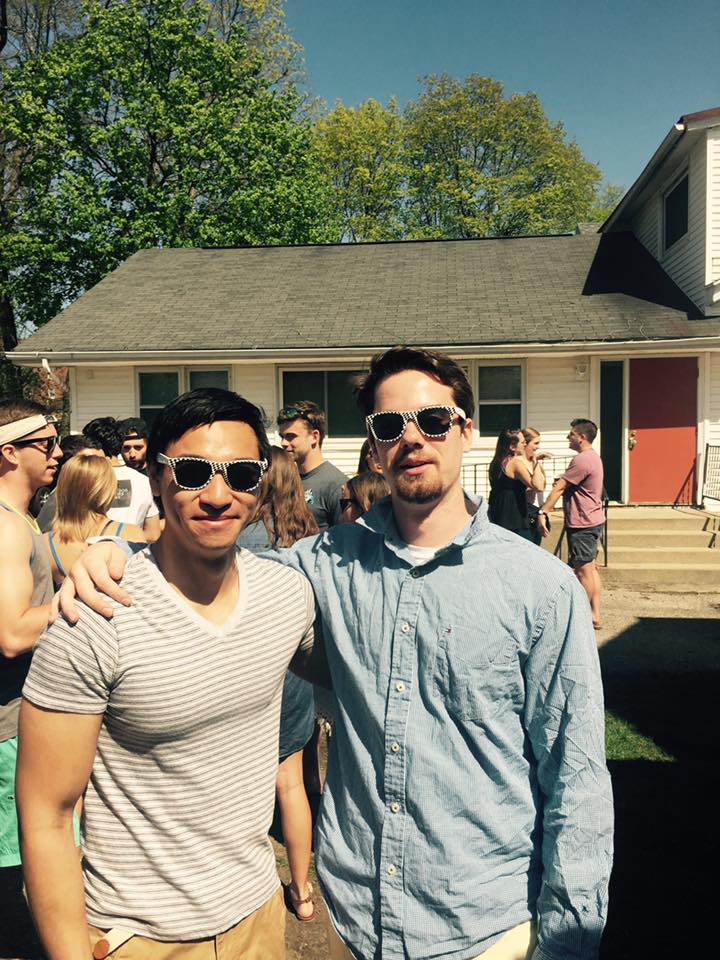 Pictured on the left is the greatest Resident Assistant to have ever graced Dillon Hall, the University of Notre Dame, and perhaps the entire collegiate system

Over the years, I fought against anything restrictive. From cops and tickets to teachers and tardies, authority figures seemed to all just be fascist narcs who wanted to rat me out. It was fitting, then, for me to be in a section in Dillon Hall with a name so rebellious and anti-establishment as “Home-Reckers” (we are right next to Recker’s, the 24 hour on-campus eatery). So it came as quite a pleasant surprise to me when I found out that I had the dopest and most inspirational RA.

I recognized my RA’s affability immediately: On move-in day, he greeted me by name, having already committed to memory the names of guys in his section.  He would prove to be incredibly kind, with a tireless high spirit and perpetual politeness. I never once saw him sullen.  He always wore at least a focused affect or, more frequently, a smile.

Still, he could exercise good judgment. Entering college still with a surplus of arrogance, I boldly asked my RA that first weekend – in front of other section mates, mind you – where we freshmen could find alcohol for future social gatherings. (I was also severely lacking in common sense at the time).  His smile shifted to an expression of confusion.  Then he deftly responded: “Oh yeah…well, you’ll probably figure that out, I guess.” This was a turning point for my anti-authority neurosis. My rebelliousness was putting a good guy in a compromising position. But my RA neither ratted me out nor abetted my mischief. By just politely turning me away,  he allowed me to “figure out” that I was truly a brazen idiot. Many thanks and apologies.

My RA was able to get us freshmen acclimated to college life by getting us involved in various dorm events (his schedule was always filled with section dinners and section sports for us), and his couch was always open for doing homework, watching sports, subtly relaying stories of undergraduate shenanigans, and especially always listening and advising us if some issue ever arose. I’m sad that now that the seniors have graduated, I was forced to part ways with such an upstanding individual, strong man (just look at those pecs!), and good friend to everyone. 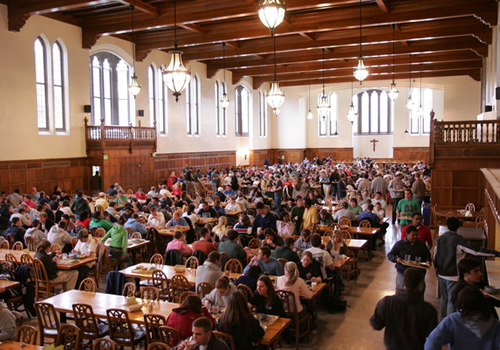 It was extremely educational to have a mentor who was relatable yet still respected the integrity of his position. He taught me that not everyone who is in a position of authority is necessarily a narc. They can be fun, interesting, or – crazy enough – they could care about you. I have thoroughly enjoyed my freshman year at ND, and while it wasn’t always easy, my RA made the challenges that I faced during the year much smoother.

Best wishes for my Freshman Year RA. You have helped me learn to respect authority. You’re an inspiration to us all.